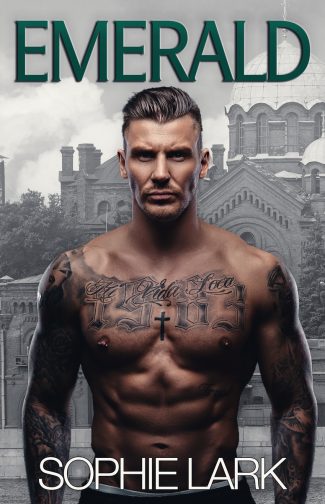 She Tried To Kill Me…

She crept into my room with a syringe full of poison.

She refuses to tell me who sent her or why.

But I’ll get every last secret out of her. Through pleasure or through punishment.

I captured her and now she belongs to me… 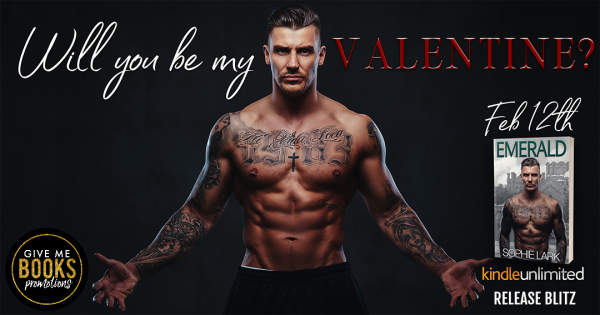 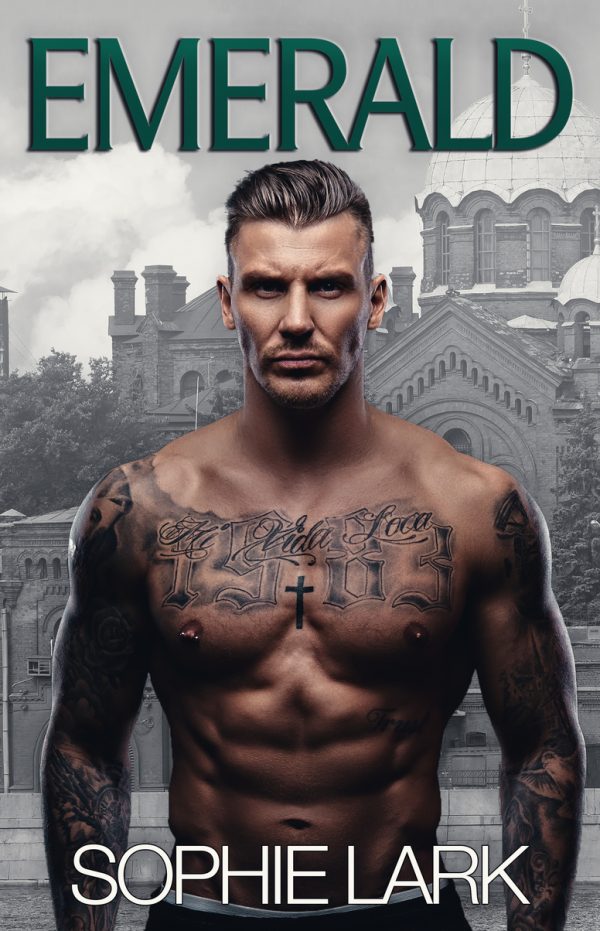 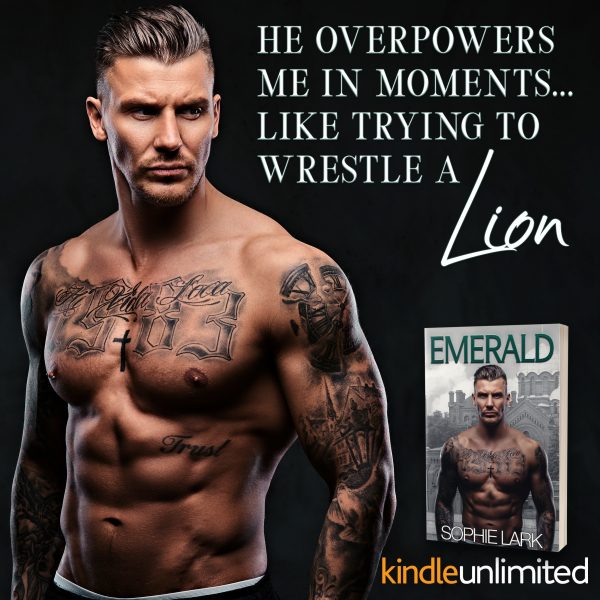 I was only six years old the first time I fired a gun. Eight when my father forced me to hold my breath again and again in a bathtub full of ice water. Twelve when he made me survive three nights alone in northern Maine in the winter.

I know my father wasn’t right in the head. The problem is that when you work for the CIA most of your adult life, it’s hard to distinguish between paranoia and actual threats.

It took me longer than it should have to figure out something was wrong. That some of the things my father was seeing weren’t actually there. The cars “following” us. The “messages” he was being sent.

I had no frame of reference. I’d never attended a normal school. I had no friends. My father was my whole world. He was the smartest, most capable person I knew. The idea that he might be crazy was just… too horrible to accept.

I push those memories to the back of my mind. I can’t get distracted.

I’ve cleared the ground floor of the west wing. If Ivan Petrov’s rooms are on this side of the house, they must be upstairs.

I climb the stairs, entering a hallway that seems to lead to several bedrooms. All the closed doors are identical. Which one is Ivan’s?

As I keep walking, there’s a break between the doors, with a library on the left, and what looks like an office on the right. And then beyond that, at the end of the hallway, a set of double doors.

If there’s a master suite beyond those doors, it surely belongs to Ivan Petrov.

Does he lock his doors at night?

I carefully test the old-fashioned handles. They move easily beneath my hand.

With aching slowness, I crack the right-hand door.

It’s dark inside the suite, the blinds drawn. I slip through the door, closing it silently behind me. I stand still, letting my eyes adjust to the gloom.

I believe I’m in a sitting room, with the bedroom somewhere beyond.

Holding my own breath, I think I can hear the slow inhale and exhale of someone sleeping close by. It’s the breathing of a large man, broad in the chest. Large lungs, a vast, slumbering body. Ivan Petrov. I know it.

I’ve watched him from a distance. I’ve seen his intensity, his ferocity. The way his men snap to attention when he comes close, the way they obey his orders without question. I’ve seen his vigi- lance, the look of intelligence on his face. And, of course, I’ve seen his massive, powerful body. He wears a suit every day, but I’ve seen the round muscles of his shoulders and biceps even beneath the thick material of the suit jacket.

I don’t want to get in a scuffle with this man. Nor do I want to risk firing a gun in a house stuffed full of his soldiers, not even with a silencer and a pillow wrapped round it.

So I’ve brewed up a special cocktail for Ivan Petrov. I take it out of my pocket now.

A single syringe of clear amber fluid. Once I drive it into his neck, he’ll be immobilized in moments. It will flood through his bloodstream, turning his limbs to stone. His chest will seize up until he won’t be able to draw a single breath. Remembering his mass, I’ve used enough paralytic to freeze a racehorse in its tracks.

It won’t look like an accident, but that wasn’t a requirement of the job. I just have to kill him and get out without getting caught.

I move through the sitting room, into the bedroom beyond. With the minute amount of light coming through the cracks in the blinds, I can just barely see Ivan’s vast form, laying on the bed. He’s sprawled out on his back, one thick arm flung up over his head. His heavily muscled and tattooed chest is bare. There’s a patch of dark hair in the center of his chest, and a thin line trailing down the center of his stomach, disappearing under the sheet.

I suspect he’s completely naked under there, without even a pair of boxer shorts. I can’t help glancing toward the bulge under the thin sheet. It’s a shame to kill a specimen like this, right in his prime.

But there’s half a million dollars on the line. And if I don’t kill Ivan Petrov, someone else will.
So I might as well get my money.

I approach the bed. Nothing could be more silent than my feet, taking step after step across the thick oriental rug. I wear the same kind of shoes that rock-climbers wear—thin, flexible, grippy. Little more than leather slippers, and quiet as bare feet.

Petrov’s head is thrown back on the pillow, his throat exposed. His dark hair tumbles across his eyes. His lips are slightly parted. His breathing hasn’t changed—it’s still a steady metronome. But I’m about to put a stop to it.

I slip the cap off the needle. I grip the syringe in my fist, my thumb above the depressor.

As I raise my right hand in the air, above his neck, I can’t help glancing one more time at Ivan’s face.

His dark brown eyes are open, staring up at me. 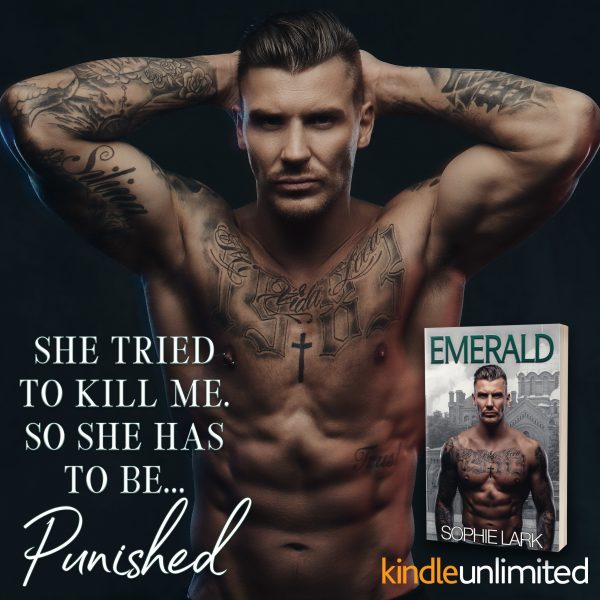 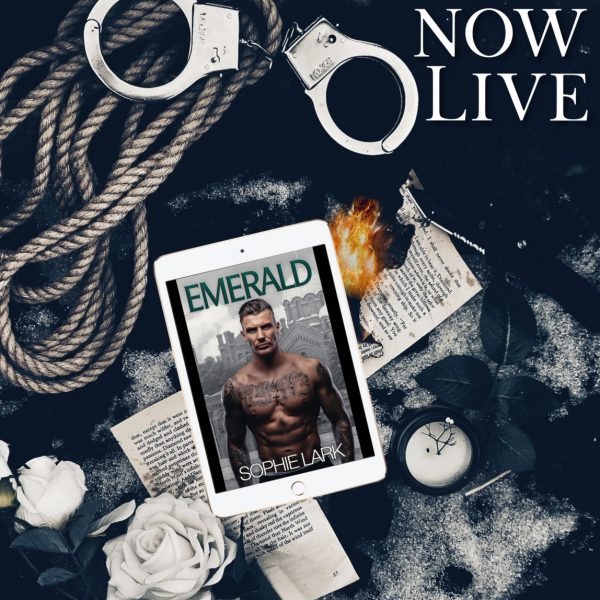 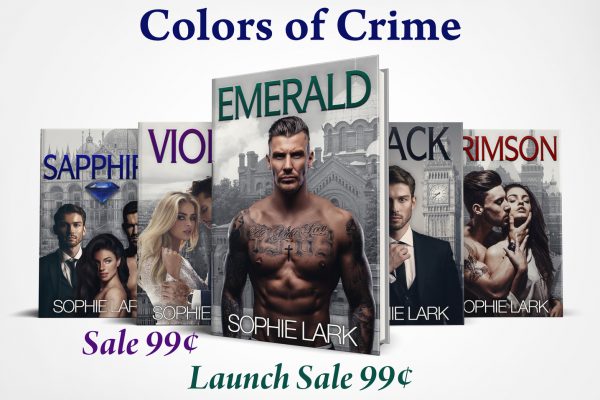 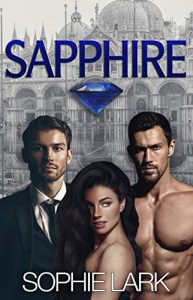 Will She Choose The Thief, The Detective, Or The Sapphire?

Lex Moore is a thief and a heart-breaker. She takes whatever she wants from men, especially when it’s expensive…

She picked the wrong target in Detective Byron Black. He’ll hunt her down, to make her pay for destroying his career and stealing his heart..

Luca Diotallevi is in deep with the Italian Mafia. He’s got to pull off an impossible heist, but Lex keeps getting in his way. He can’t let her take the sapphire, but he also can’t keep his hands off her…

Will Lex submit to the detective that chased her across the world? Or will she choose the one thief she can’t outwit? 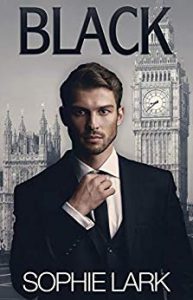 A Second Chance For Love And Revenge…

When Byron Black returns to London for his sister’s wedding, he bumps into a gorgeous redhead determined to steal a dance. Holly Summers was just the skinny little girl from across the hall, but now she’s London’s hottest political advisor, in more ways than one.

Black and Holly swear they’re just friends, but friends don’t usually tear one another’s clothes off. They’ve got to keep it professional, because Holly’s campaign is being targeted by a mad bomber, and Black sees frightening similarities to an old case that blew up in his face.

It’s the worst possible time to fall in love. Black’s feelings for Holly will make her the next target of this old enemy back from the dead, and bent on revenge. 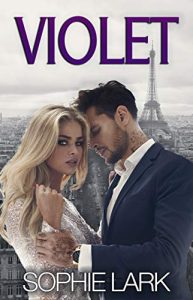 He Knows Her Secret…

Violet Black is a talented singer and songwriter, but she’s barely scratching a living in London, working at a seedy club run by the Russian mafia.

He wants something from her, but Violet doesn’t know what. Until he abducts her from her bed in the middle of the night.

The Bratva have a plan for Violet. They know a secret about her… Something she doesn’t even know herself… 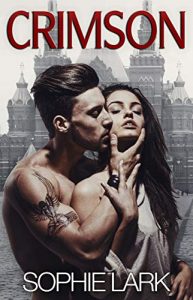 Seduce An Enemy To Control An Empire…

Nadia is a mafia princess, come to Moscow to solve an old mystery from her mother’s journal.

Nikolai is the heir to the rival Markov empire. He’s about to secure his family’s fortunes once and for all. There’s just one thing standing in his way…

He needs a wife. And not just any wife — he needs Nadia Lebedev. Their families have been enemies for generations. The bloodshed and betrayal goes back two hundred years.

Nikolai must end the feud by taking possession of Nadia. He will tame her. Own her. And make her his forever… 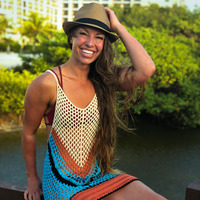 Sophie lives with her husband, two boys, and baby girl in the Rocky Mountain west. She writes intense, intelligent romance, with heroines who are strong and capable, and men who will do anything to capture their hearts.

She has a slight obsession with hiking, bodybuilding, and live comedy shows. Her perfect day would be taking the kids to Harry Potter World, going dancing with Mr. Lark, then relaxing with a good book and a monster bag of salt and vinegar chips.