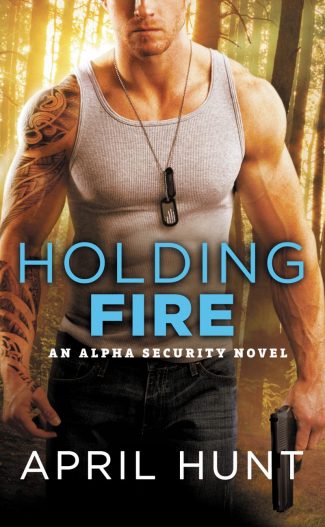 Alpha Security operative Trey Hanson is ready to settle down. When he meets a gorgeous blonde in a bar, and the connection between them is off the charts, he thinks he's finally found the one. But after their night together ends in a hail of gunfire and she disappears in the chaos, Trey's reasons for tracking her down are personal... until he learns she's his next assignment.

Elle Monroe never expected to see Trey again. The night they shared was incredible, but the last thing she's looking for is a relationship. Now that it's clear she's being targeted, though, she has no choice but to trust this man she barely knows with her life. And Trey's not just determined to keep her safe... he's determined to win her heart. 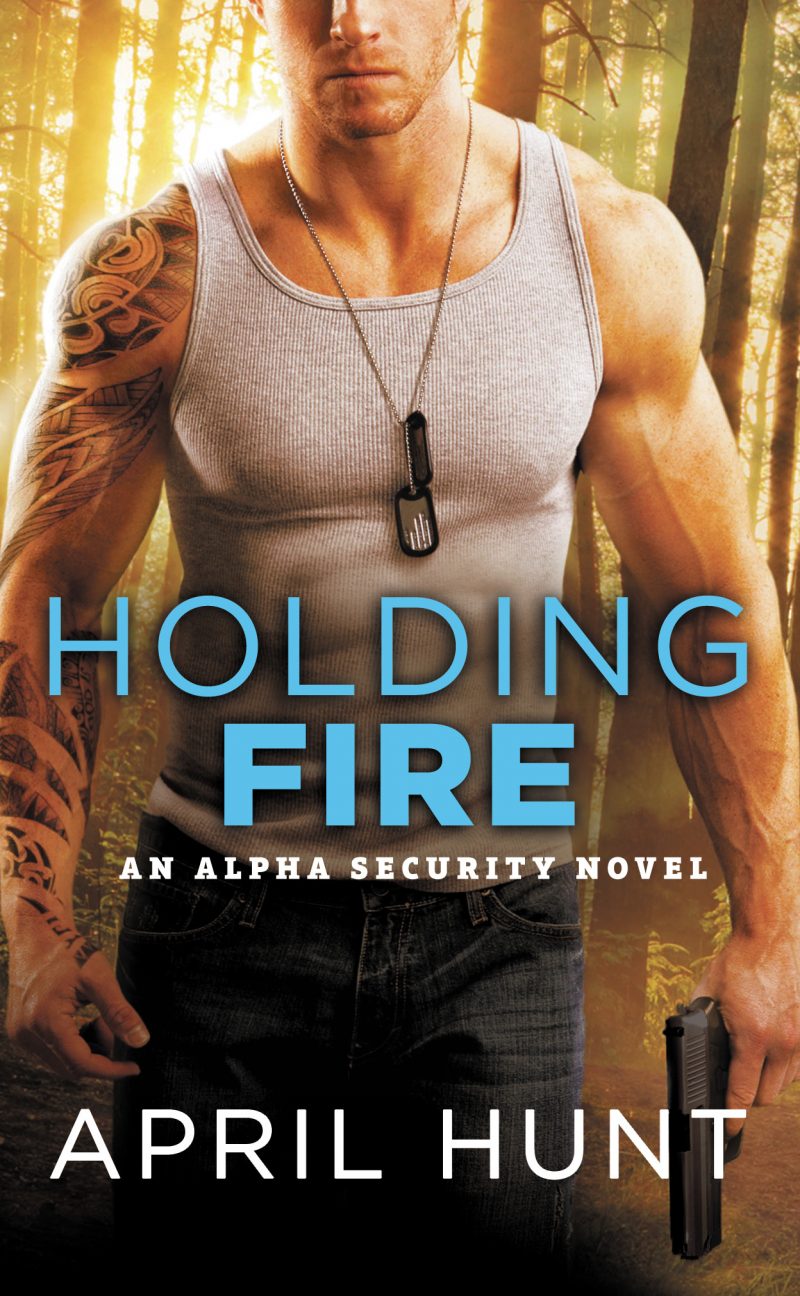 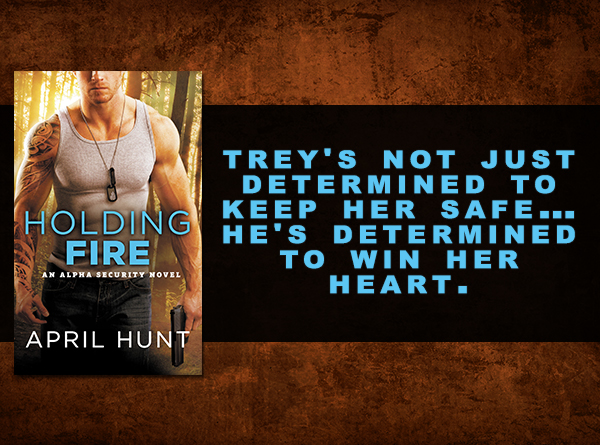 Elle stared, transfixed by the clock behind the airport’s claims counter. Each snap of the second-hand took about five years off her life. Being a few weeks shy of her thirtieth birthday, she estimated she had roughly ten-and-a-half seconds until the coroner needed to be called.

Twelve, max, with a little bit of luck, but her luck seemed to be in short supply.

Her normal patience was at an all-time low, sucked into a black hole right along with her personal hygiene and her luggage. Twenty total hours in a plane, plus an unscheduled six-hour stop for mechanical repairs, was to blame for the first. The latter two were entirely the fault of the airline.

With a deep sigh, Elle looked around the large, open space. People milled through the airport, bulky suitcases bouncing behind them as they scrambled to their destinations, while others procured blankets and pillows and looked to be settling in for the duration of the night.

On her left, two children tackled the legs of a tall, slender soldier dressed in desert fatigues. Laughing, the woman bent, spreading kisses over every surface of their little cheeks.

Elle ignored the faint ache in her chest and watched the happy family walk away. As they disappeared around the corner, a new sensation whittled its way in—a tingle; the one she’d felt the instant she and Shay unloaded from the gate—the one that came with the ardent focus of someone’s attention. It took root in the pit of her stomach and didn’t let go.

When she’d sensed it earlier, she blamed the paranoia on lack of sleepand inhumane travel hours. But the prickle of awareness came back tenfold, turning her head until she noticed the man leaning against the far wall, reading a newspaper.

Elle did a double take. It wasn’t Trey. It couldn’t be. She’d left him back in Thailand without so much as her last name, much less her travel itinerary, yet the longer she stared at stranger across the room, the faster her heart galloped.

Worn blue jeans encased his thighs perfectly. Not tight. Not baggy. No doubt if he turned around, the rear would look as impressive as the front. Both his face and his hair were disappointedly half-hidden by a baseball cap and sunglasses, but he had the same strongly chiseled jaw and sexy blond scruff that made her want to throw every razor known to man straight into the garbage.

Though he never looked away from his paper, the wall lounger’s lips twitched, almost as if sensing her visual appraisal. That smirk. Those lips. The stretch of a long-sleeved T over a chest wide enough to land an airplane on. Elle nearly collapsed into an X-rated memory of how lips nearly identical to those of this stranger had pleasurably ripped away all her sensibilities only a scant few days ago.

Standing in the middle of a busy airport definitely wasn’t the time to relive her night with Trey. When her turn came up at the counter, she gave herself a mental slap and focused on giving the attendant the information the airline needed to reconnect her with her suitcase. And then with a Have a nice day and her single carry-on, Elle shuffled away to wait for Shay to finish in the bathroom.

She searched her purse for her cell phone and bounced off the chest of another traveler.

“Oh, my God. I’m so sorry.” She reflexively reached out to steady to victim.

“Shut it,” a low voice snarled.

Oh, hell no. Exhaustion mixed with an insane need to shower off the last day and a half made her head swivel to Mr. Attitude. She looked up. And up. Whoa. He was ridiculously tall.

If she’d had a little bit more sleep she’d probably be able to talk herself out of confronting someone so freaking huge, but she’d had a middle seat, and both Shay and the man to her left had been armrest hogs. Elle was eight hours past polite.

She narrowed her eyes, wishing her glare would make him squirm. “It was an accident. I said I was sorry. There’s no need to be a jerk about it.”

“Actually, there is.” Mr. Attitude clamped a hand around her upper arm and squeezed.

“Ow. Hey, watch it!” She tugged, and he tightened his hold.

He leaned his large body way past her personal boundaries. That was when she saw the scar, half-hidden behind his sunglasses. It looked angrier up close, the skin around his eye socket puckered straight up to his hairline. Cold dread licked up Elle’s spine.

It was Alley Man.

“I told you to shut. The fuck. Up.” He emphasized each word and punctuated it with a sharp jab to her ribs. When she attempted to twist away, the poke came again—this time with the cool sensation of metal.

Alley Man stepped closer, careful to keep it hidden from view. “If you so much as twitch, sputter, or look at anyone cross-eyed, I won’t hesitate to make this very bad for you. Do you fucking understand me?”

Elle re-swallowed the bile that had risen to her throat. “I should probably warn you that I don’t have any money. Well, I have about ten dollars’ worth of Thaibaht, but that’s about it. And maybe a fuzzy breath mint.”

Tightening his grip, he steered them away from anyone who would remotely care what was happening. And let’s face it: This was one of the busiest airports in the country. No one was going to notice one travel-ravaged blonde, even if she stripped down to her cotton undies and streaked half naked through the terminal.

Alley Man kept the gun pressed firmly between her ribs as he directed them to the exit. “I don’t want your money, Miss Monroe.”

Elle’s heart went from a steady thunder to an apocalyptic roar. He knew her name. He knew she’d be at this airport. On this day. On this flight.

The only thing Elle knew was that she was really—and completely—screwed. 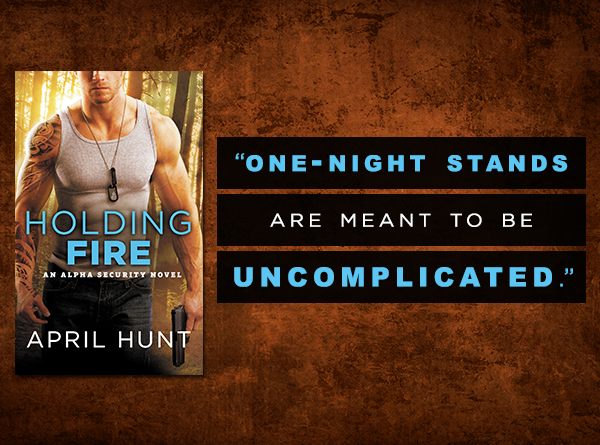 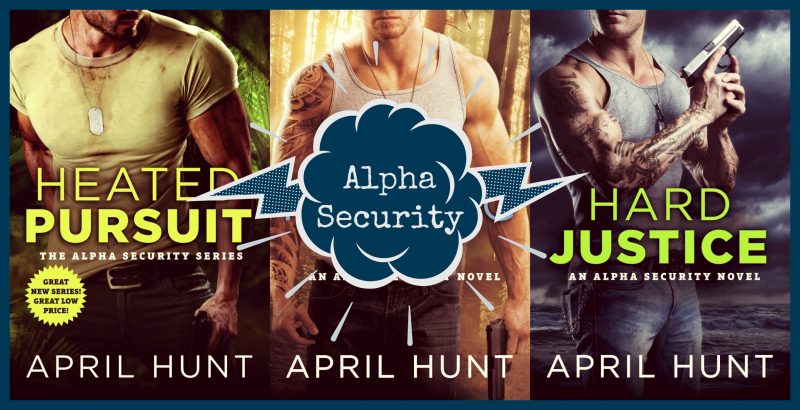 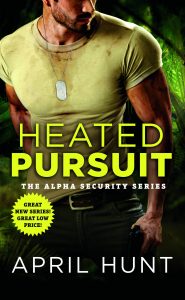 Penny Kline didn’t come to Honduras on a pleasure trip. She’s here to rescue her kidnapped niece, the only family she’s got left. What she didn’t plan on was walking into a covert ops mission—or being wrapped up in the hard-muscled arms of Rafe Ortega. The cool-as-ice operative’s touch may get her all hot and bothered, but no man can have a hold on her heart until her niece is home where she belongs.

Even in the tropics, Alpha Security operative Rafe can take down the bad guys without breaking a sweat. Hostage extractions. Clandestine missions. Those are the things he’s been trained to handle. Relationships? Not so much. But one look at this strong, sexy redhead and he’s seized by a fierce urge to protect her at all costs. Now Penny and Rafe will have to up their game because they’re about to go into a master criminal’s lair without backup, and the danger—and passion—is about to explode… 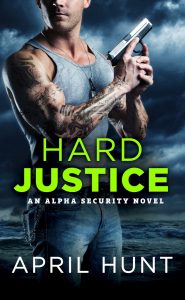 As the first female operative at Alpha Security, Charlotte “Charlie” Sparks has her work cut out for her. Sure, she can wrestle a man to the ground and hit a target at 200 yards with the best of them. But sometimes, being surrounded by all that testosterone can drive a woman to distraction-especially when that distraction is six-and-a-half feet of cocky, confident, Alpha-trained muscle.

Ex-SEAL commander Vince Franklin has been on some of the most dangerous missions in the world. But pretending to be Charlie’s fiancé on their latest assignment in Miami is his toughest challenge yet. Vince and Charlie are like oil and water; they just don’t mix. And when their fake romance generates some all-too-real heat, Vince learns that Charlie is more than just arm candy. She’s the real deal-and she’s ready for some serious action.

April blames her incurable chocolate addiction on growing up in rural Pennsylvania, way too close to America’s chocolate capital, Hershey. She now lives in Virginia with her college sweetheart husband, two young children, and a cat who thinks she’s a human-dog hybrid. On those rare occasions she’s not donning the cape of her children’s personal chauffer, April’s either planning, plotting, or writing about her next alpha hero and the woman he never knew he needed, but now can’t live without.