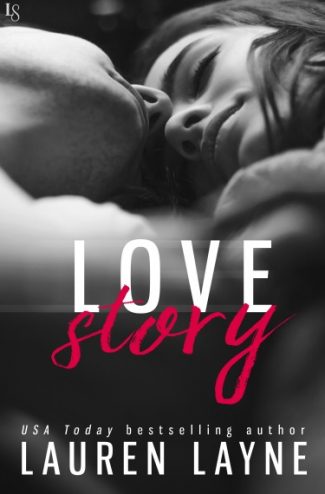 Over the course of one wild road trip, feuding childhood sweethearts get a second chance at love in this charming rom-com—a standalone novel from the USA Today bestselling author of Blurred Lines and Good Girl.

When Lucy Hawkins receives a job offer in San Francisco, she can’t wait to spread her wings and leave her small Virginia hometown behind. Her close-knit family supports her as best they can, by handing over the keys to a station wagon that’s seen better days. The catch? The cross-country trip comes with a traveling companion: her older brother’s best friend, aka the guy who took Lucy’s virginity hours before breaking her heart.

After spending the past four years and every last dime caring for his sick father, Reece Sullivan will do just about anything to break free of the painful memories—even if it means a two-week road trip with the one girl who’s ever made it past his carefully guarded exterior. But after long days of bickering in the car turn into steamy nights in secluded motel rooms, Reece learns that, when it comes to Lucy, their story is far from over. And this time, they just might have a shot at a happy ending. 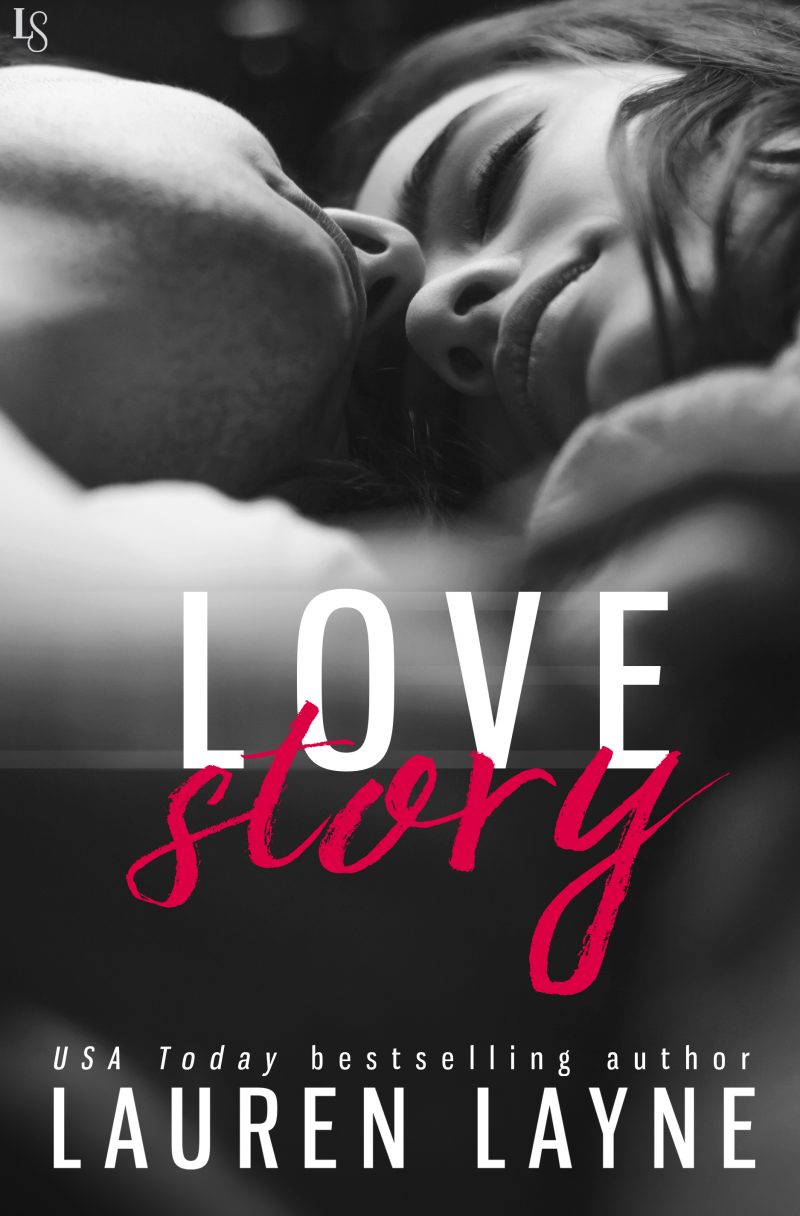 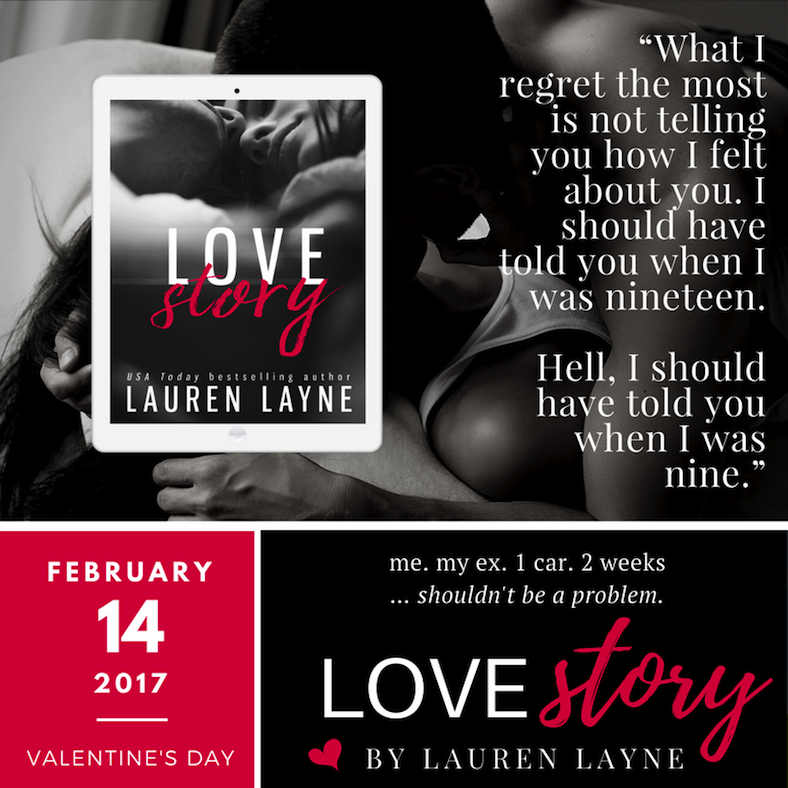 Her utterance is too much for my siblings to handle and they both burst out laughing, retreating into the kitchen to rejoin the party where there’s wine.

Oh what I wouldn’t give for wine right now.

“Because yours broke down,” my dad explains, walking forward to thump Horny’s dented hood.

“And this one’s… not broken down?” I ask skeptically.

Look, it’s not that I’m not grateful. My parents are trying to give me a car, I appreciate the sweetness of the gesture, it’s just…

“He’s going to take you to California,” Dad says, giving the car another thump.

“Really?” I step forward and run a tentative finger along the familiar panel. He’s had a bath, so at least that’s something. “Because last I knew, he wouldn’t even make it out of the garage.”

“Yeah, well, we neglected him for a while, but he’s right as rain now,” Dad says, puffing out his chest as though Horny’s a fourth child.

“Purrs like a kitten,” my mom says with an emphatic nod, even though I know she doesn’t even like cats. “We didn’t believe it, but we took him to church on Sunday and there were no issues.”

I literally bite my tongue to keep from pointing out that this is hardly a feat. Sacred Presbyterian is 0.8 miles away from the house.

“Not exactly, it was more of a bartering situation,” Mom says.

“Yeah?” I say, going around to the driver’s seat, already giddy with the prospect of telling Oscar I’ll be able to come see him in Miami after all, even if I won’t exactly be riding in style.

“Reece agreed to fix him up.”

I’m lowering myself into the car as my dad says this, but I reverse so quickly I hit my head. My skull doesn’t even register the pain, because I’m too busy registering the hurt in my heart at the familiar name. “I’m sorry, what?”

“Reece,” my mom says, giving me a bemused look. “He’s always been handy with cars.”

“He fixed up the car in exchange for what?”

And then I feel—I actually feel—the air change around me as the side door to the garage opens, and a new presence sucks all the air out of the space.

I don’t turn around. I don’t move. But I feel his eyes on me. Over me.

“Reece is headed out to California too,” my oblivious mother chatters on. “It worked out perfectly actually. Now you two can ride together, and your dad and I don’t have to worry about you alone in the middle of nowhere with a twenty-something-year-old car.

They think the car is going to be the problem here? It’s not the car that’s toxic to me. It’s him.

Reece Sullivan. My brother’s best friend. My parents’ “other son.”

Slowly I force myself to turn, and even though I’m prepped, the force of that ice-blue gaze still does something dangerous to me.

He winks, quick and cocky, and I suck in a breath, and I have to wonder…

I wonder if my parents would feel differently about their little plan if they knew that their makeshift mechanic is the same guy that popped my cherry six years earlier under their very roof.

And then broke my heart twenty-four hours later. 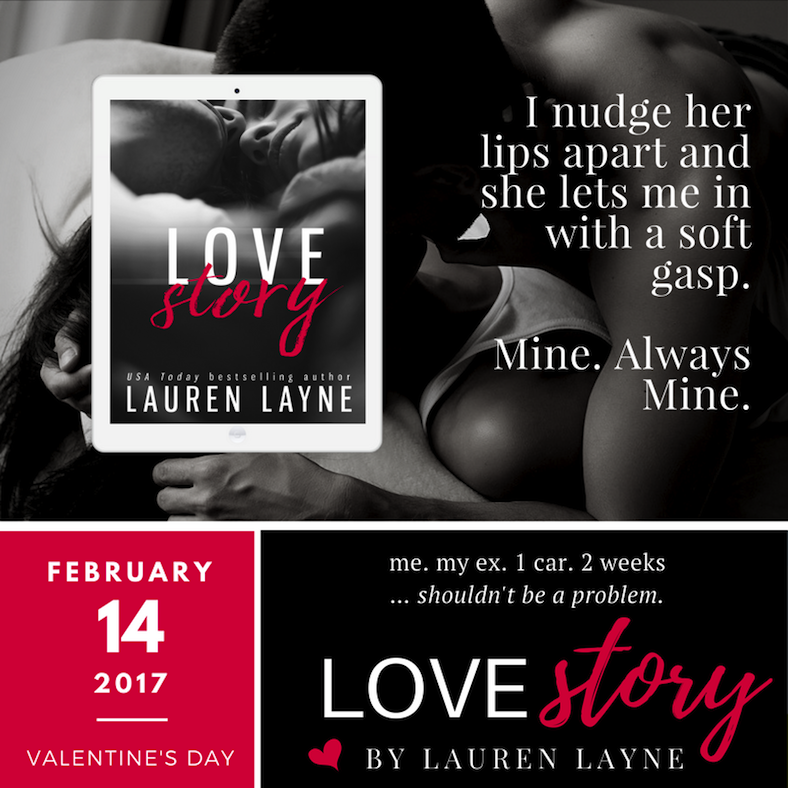 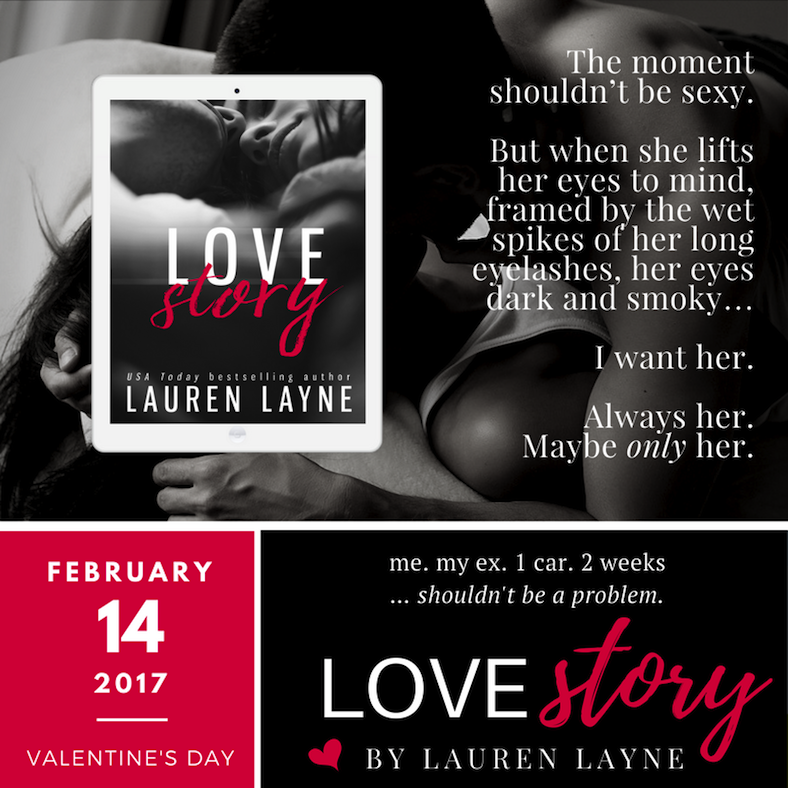 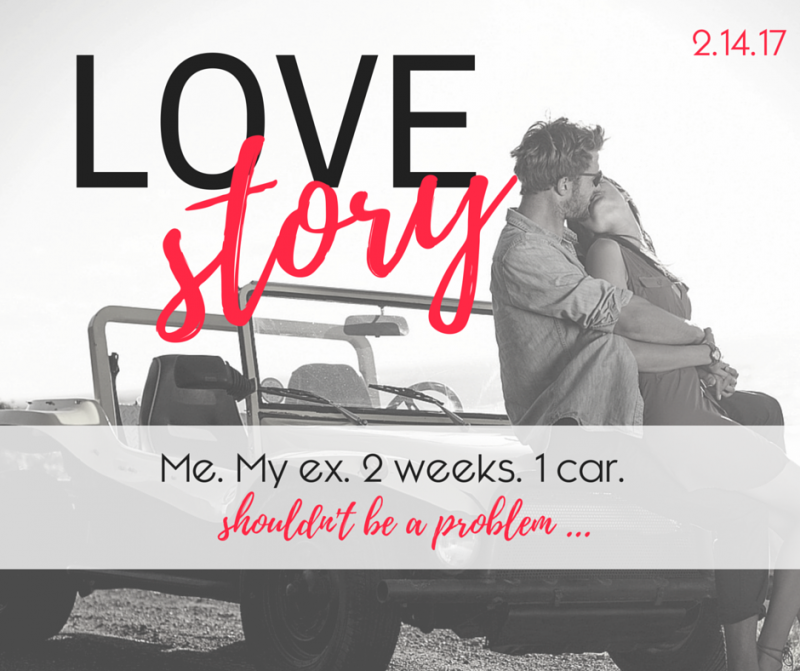 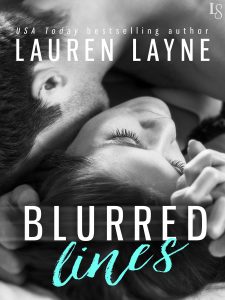 In a novel that’s perfect for fans of Alice Clayton and Emma Chase, Lauren Layne delivers a sexy take on the timeless question: Can a guy and a girl really be “just friends”?

The arrangement works perfectly… at first. The sex is mind-blowing, and their friendship remains as solid as ever, without any of the usual messy romantic entanglements. But when Parker’s ex decides he wants her back, Ben is shocked by a fierce stab of possessiveness. And when Ben starts seeing a girl from work, Parker finds herself plagued by unfamiliar jealousy. With their friendship on the rocks for the first time, Parker and Ben face an alarming truth: Maybe they can’t go back. And maybe, deep down, they never want to. 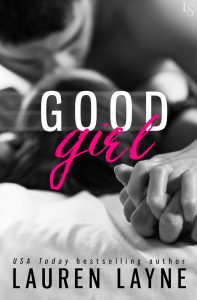 Lauren Layne brings all the unpredictable heat of Blurred Lines to an all-new cast of characters! Country music’s favorite good girl is hiding away from the world—only to find herself bunking with a guy who makes her want to be a little bad.

Jenny Dawson moved to Nashville to write music, not get famous. But when her latest record goes double platinum, Jenny’s suddenly one of the town’s biggest stars—and the center of a tabloid scandal connecting her with a pop star she’s barely even met. With paparazzi tracking her every move, Jenny flees to a remote mansion in Louisiana to write her next album. The only hiccup is the unexpected presence of a brooding young caretaker named Noah, whose foul mouth and snap judgments lead to constant bickering—and serious heat.

Noah really should tell Jenny that he’s Preston Noah Maxwell Walcott, the owner of the estate where the feisty country singer has made her spoiled self at home. But the charade gives Noah a much-needed break from his own troubles, and before long, their verbal sparring is indistinguishable from foreplay. But as sizzling nights give way to quiet pillow talk, Noah begins to realize that Jenny’s almost as complicated as he is. To fit into each other’s lives, they’ll need the courage to face their problems together—before the outside world catches up to them. 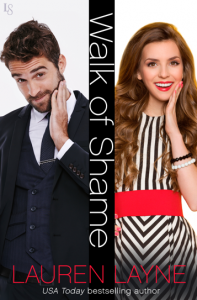 Sparks fly between a misunderstood New York socialite and a cynical divorce lawyer in this lively standalone rom-com from the USA Today bestselling author of Blurred Lines and Love Story.

Pampered heiress Georgianna Watkins has a party-girl image to maintain, but all the shopping and clubbing is starting to feel a little bit hollow—and a whole lot lonely. Though Georgie would never admit it, the highlights of her week are the mornings when she comes home at the same time as her uptight, workaholic neighbor is leaving to hit the gym and put in a long day at the office. Teasing him is the most fun Georgie’s had in years—and the fuel for all her naughtiest daydreams.

Celebrity divorce attorney Andrew Mulroney doesn’t have much time for women, especially spoiled tabloid princesses who spend more time on Page Six than at an actual job. Although Georgie’s drop-dead gorgeous, she’s also everything Andrew resents: the type of girl who inherited her penthouse instead of earning it. But after Andrew caps one of their predawn sparring sessions with a surprise kiss—a kiss that’s caught on camera—all of Manhattan is gossiping about whether they’re a real couple. And nobody’s more surprised than Andrew to find that the answer just might be yes.