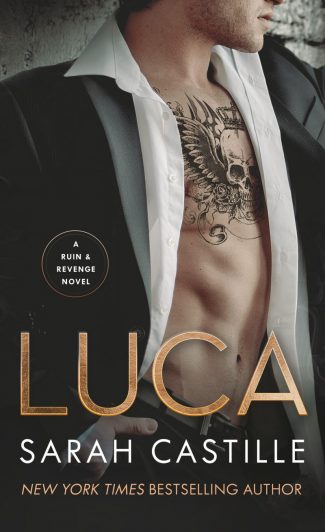 Luca is the second book in a full-length, standalone series by New York Times bestselling author, Sarah Castille, set in Las Vegas and featuring deliciously sexy mafia bosses and the women who can’t help but love them.

Luca Rizzoli was nearly destroyed by a brutal betrayal that cost him his family. Now a ruthless crime boss in Las Vegas, he lets nothing touch his frozen heart... until a smoldering encounter with a beautiful stranger ignites his passion. One night isn’t enough for a man who takes what he wants—and Luca will do whatever he can to possess his mysterious temptress...

Police detective Gabrielle Fawkes lives for revenge. She lost everything at the hands of an unforgiving ruler of the Vegas underworld. Now she wants to see him six feet under. But when a near-fatal attack leads her into Luca’s arms, what was meant to be one night of unbridled passion becomes something forbiddingly more. Luca has his own agenda, but when strong, determined, kick-ass detective Gaby sets her sights on her target, Luca feels compelled to stand by her side and protect her at all costs. However, pursuing danger comes at a high price—and both Gaby and Luca must work together in order to eliminate the dark enterprise that threatens them. 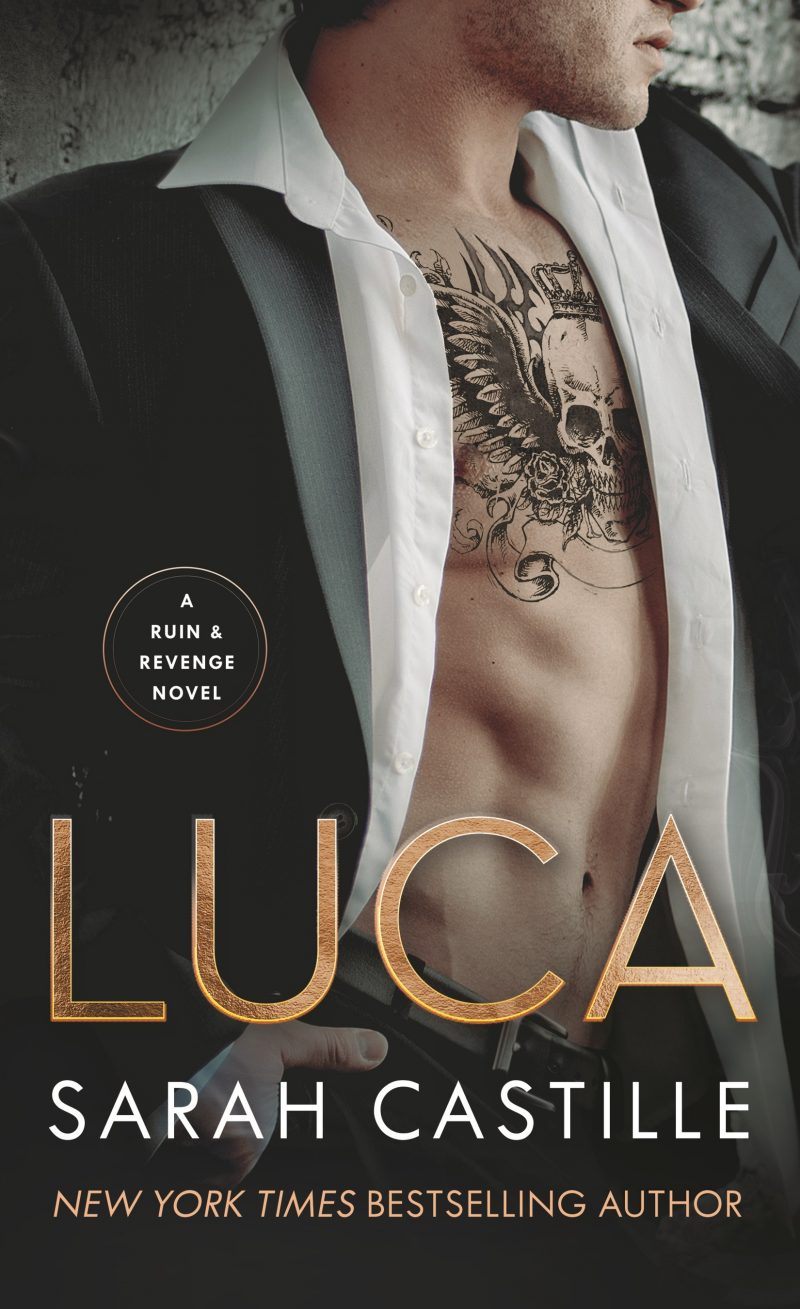 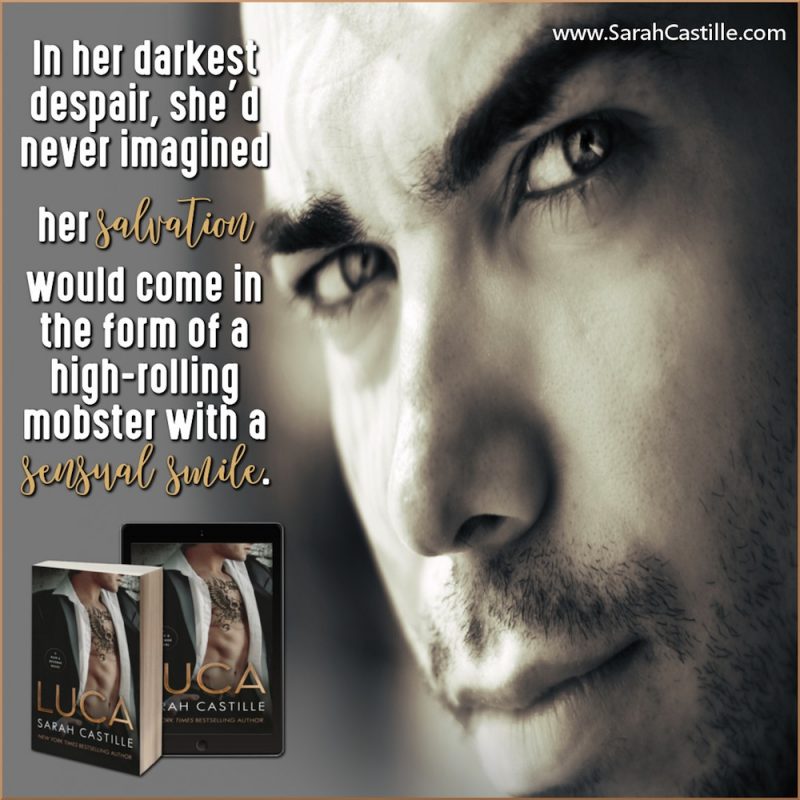 “With sizzling love scenes, taut plotting, and a hair-raising finish, Castille’s romantic thriller will appeal to her existing fans and win her new ones.”

“Luca is a fast-paced, action-packed tale balanced by humor, heart and family.” 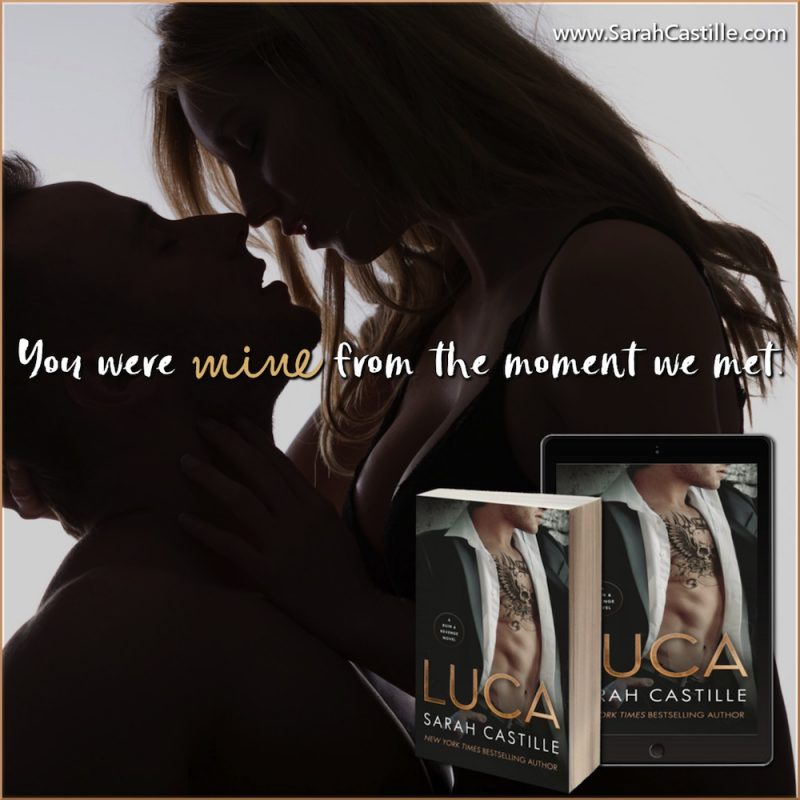 “You’re mine, Gabrielle. You were mine from the moment we met. Nico wants me to end our relationship after we find Garcia, but we will find a way to make it work, even if I have to leave the family.” He claimed her with a kiss, fierce and demanding, so passionate her knees went weak and she had to clutch his shoulders to stay upright.

She wanted to believe him, but it seemed an impossible task. From what she understood, there were only two ways out of the Mafia: death and witness protection. And after what he’d just told her about his father, there was no way she could let him make the choice that would mean losing the one thing he’d been struggling for all his life. She didn’t want Luca without that chunk of flesh. She wanted him whole.

“What were they going to do to you?”

“Because of me,” she said bitterly.

“Because I broke the rules.” His rough hand cupped her cheek, his thumb brushing lightly over her jaw. “Mio angelo. I would endure any hardship for you. I will welcome the pain because it gives us time to be together. Every extra day I get to spend with you is worth a dozen bruises.”

“Luca.” His name was a prayer on her lips. She had lost David. She wasn’t going to lose Luca, too. There had to be a way for them to be together that didn’t involve him getting killed or beaten with a baseball bat or losing the honor that was such an important part of his life. “I think I just showed you I would make the same sacrifice for you.”

“And you will be punished for it.” He wrapped his arms around her so tight she could barely breathe.

He buried his face in her neck, nuzzled behind her ear, his five o’clock shadow a sensual burn over her skin. “I will give you more pleasure than you can bear.”

Gabrielle swallowed hard and all her awareness suddenly centered on the pulse of arousal between her thighs. “I want you to be rough.”

“I want you to tear me apart so you understand that how you feel about me is how I feel about you. How your pain is my pain. How I couldn’t sit there and watch you suffer.”

He drew in a ragged breath. “I will break you and then I will put you together again. I will mark you so that every time you look in the mirror you think of me, and every man who dares look at you knows you are mine.”

“Sei mia per sempre, anima e cuore. Senza di te non vivo piu. You are mine forever,” he translated for her. “Body and soul. Without you, I couldn’t live.”

She surrendered to him, unable to do anything but feel as he feathered kisses down her throat to the sensitive juncture of her neck and shoulder.

And then he leaned down and bit her so deliciously hard she screamed. 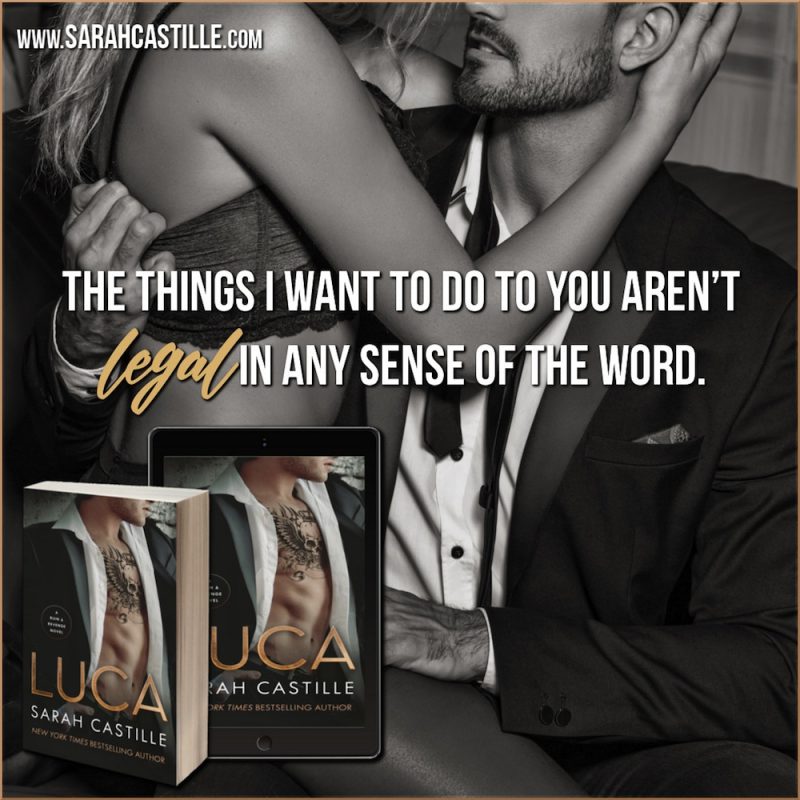 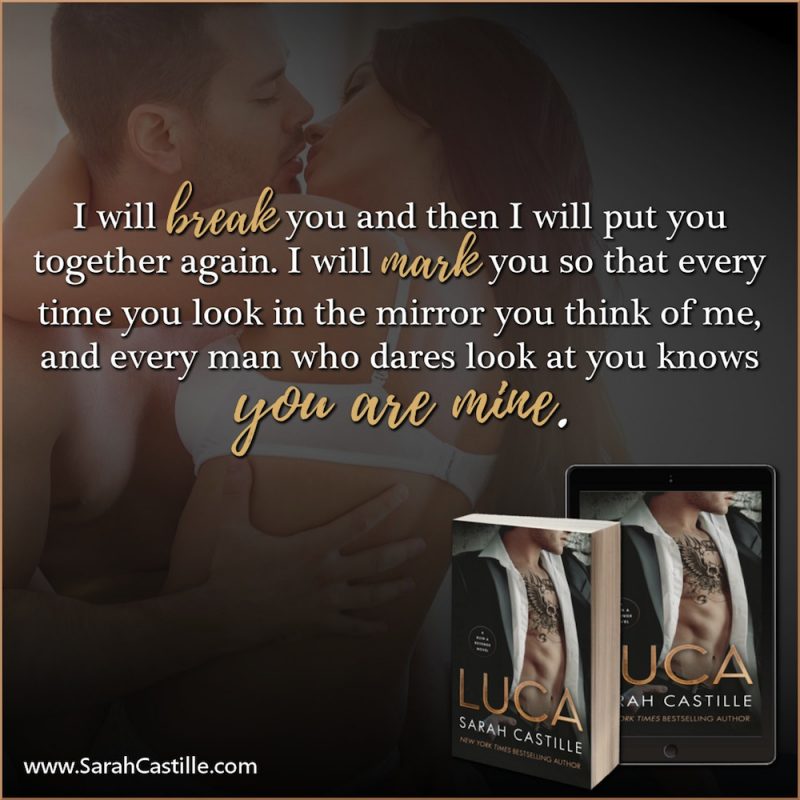 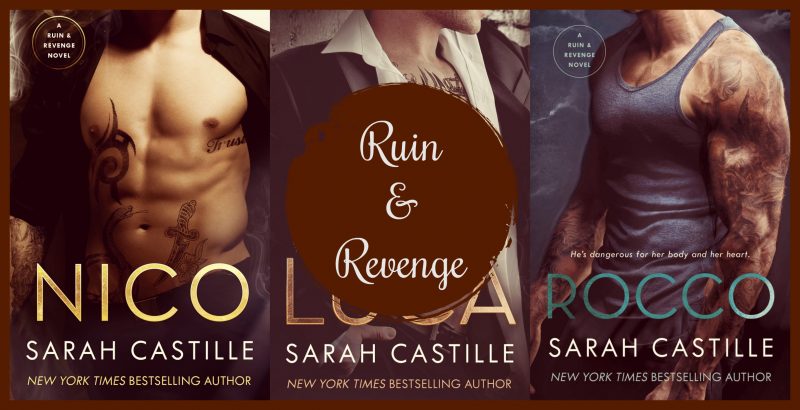 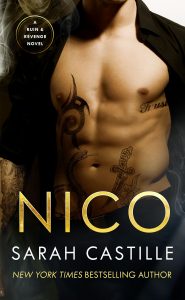 Las Vegas Mafia boss, Nico Toscani, is used to getting what he wants, whether it is having the City of Sin under his rule or a beautiful woman in his bed. But when he meets his match in the gorgeous, headstrong Mia Cordano, the daughter of a rival crime lord, all bets are off…

Sexy computer hacker, Mia, struggles to break free of her ruthless father’s Mafia ties…but she can’t resist the powerful and seductive Nico, who will stop at nothing to possess her. With their families locked in a brutal war for control of the city, Mia and Nico enter into a forbidden game. Will they surrender to the passion that burns between them—and risk tearing apart their families? Or will Nico be forced to betray the only woman who sets his blood on fire? 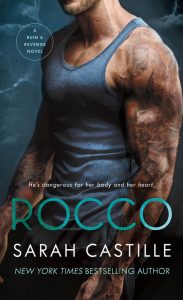 Mafia enforcer Rocco De Lucchi is the best in the business.

Cold, hard, and utterly ruthless, Rocco is the most dangerous of men. Feelings are a luxury he cannot afford—until a chance encounter brings him face to face with the only woman who found her way into his heart and touched his soul.

Grace Mantini has spent her whole life running from the mob. The daughter of the boss’s right-hand man, she is both a prize and a target. When Rocco walks back into her life, she wants nothing to do with the man who betrayed her and broke her heart. But only Rocco can protect her from the dangerous forces that seek to destroy her family. Can they escape the hands of fate closing around them? Or will love be the kiss of death for them both?