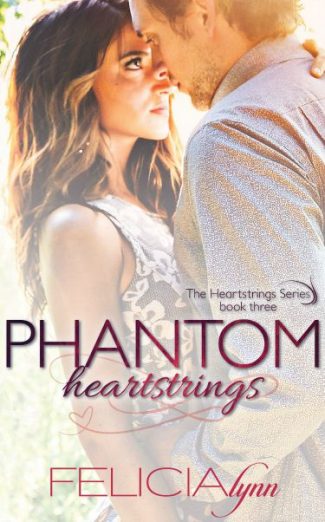 Love comes easy to some. It came easy to me. Loving him was never an issue. Appreciating him was as easy as breathing. Years of living a life of what others viewed as perfection gave me the security I thought was most valuable.

My marriage to Drake is symbolic of what others fight for, yet living in the glass house of perfection is the biggest challenge of my life. Life isn’t always what it seems. People change. Everyone has demons they fight and fighting them in secret to avoid letting others down takes its toll.

Love came easy but maintaining it is a whole different game. I thought the happily ever after would be the end of the story. That wasn’t the case. There’s so much more. It’s only so long before the glass house of perfection is clouded with buried secrets.

Can we overcome this and get back to a place of true happiness, or will I always feel like I’m perfecting my acting skills to save face? Can I ever find the ending to this fairy tale life I wanted so desperately? 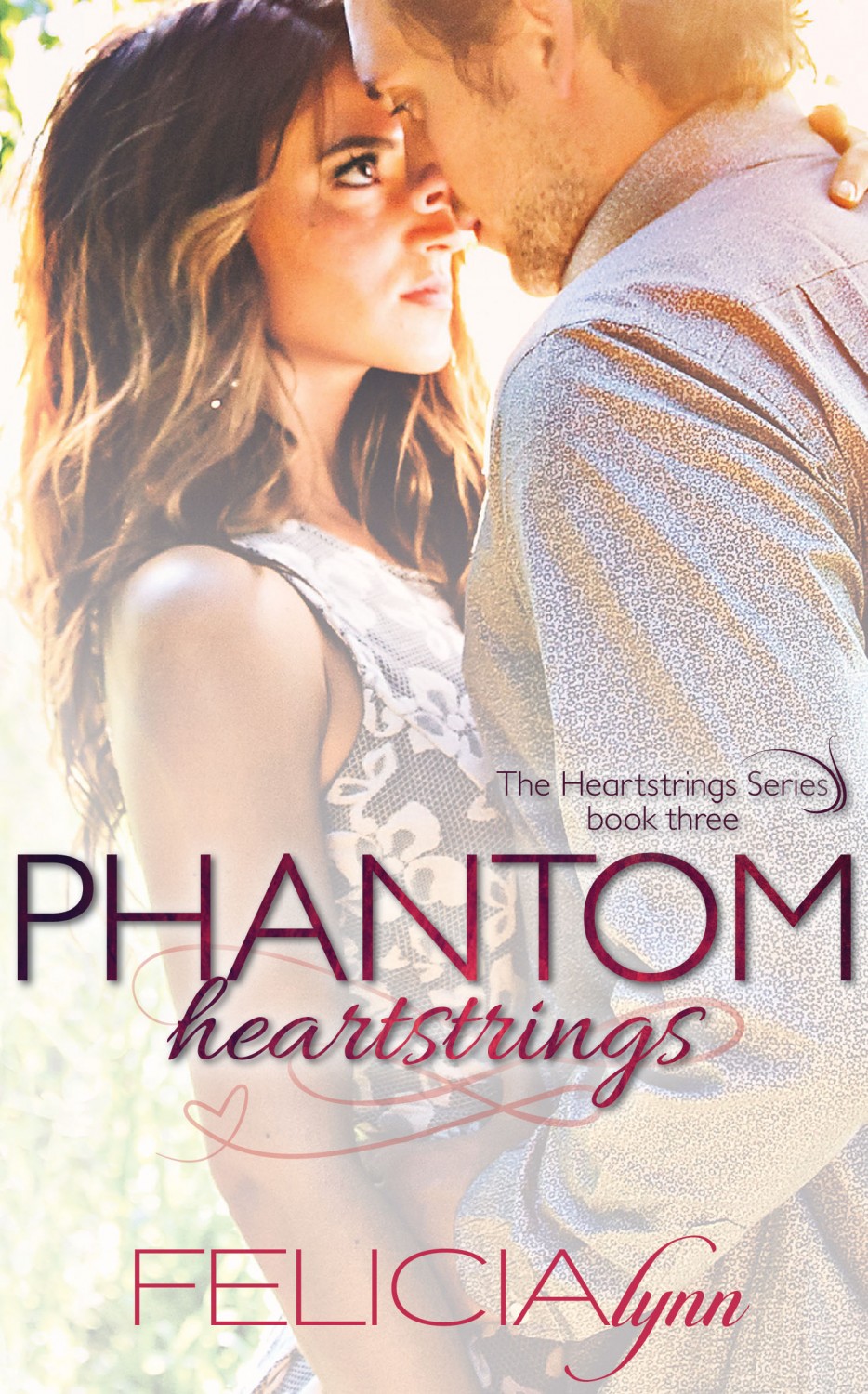 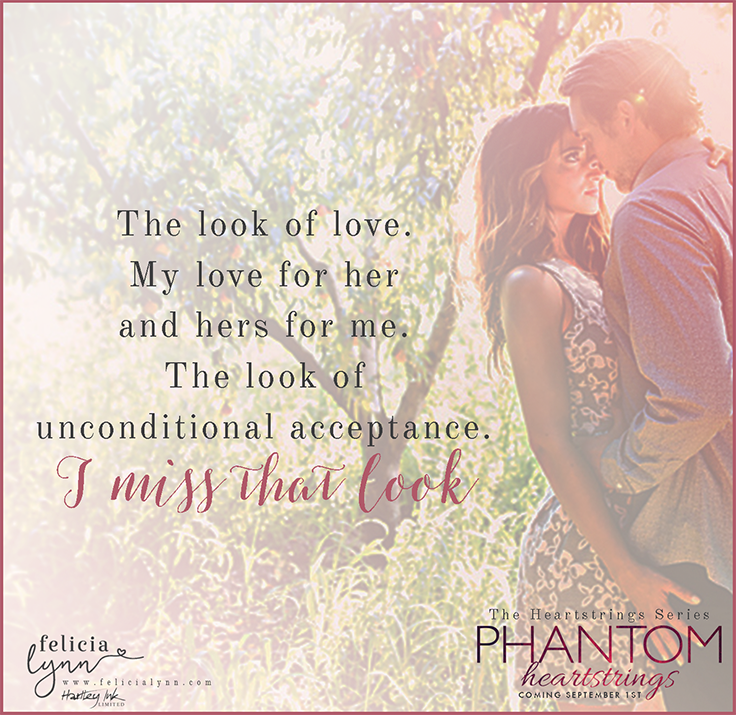 “So, what are we doing today?” As much as I love and want to have this conversation. There’s absolutely NO WAY I can do it with her on my lap. My cock is getting harder by the second.

“Babe, don’t take this the wrong way. I fucking love you sitting on my lap like this but it’s been a long time since your little bit of happiness has been near my boys, and if you don’t get off me, I won’t be responsible for what happens. Long showers only help so much, you know what I mean?” Her cheeks turn pink and she looks down at her lap where she’s sitting noticing my very ready cock, rising between us.

She laughs. “Oh…morning wood!” she stutters out, making fun of me. I grab her, flipping her over onto her back pinning her beneath me.

“No, not morning wood, babe. I’m not twelve. This is thirty –two year old, haven’t had my cock inside my wife in over two months wood.” I press myself onto her body showing her how hard I am and it gets her attention quickly. She blinks quickly waiting to see my next move, but I promised myself I’d let her be the one to make the first move, when she’s ready. So I know I need to get some space between us. “Now, you stay here, where you’re safe from my ravishing and I’ll be right back.”

I run off to the bathroom, closing the door to prevent myself from sneaking a peek at my near naked wife lying in bed after I pinned her, ready to fuck her into tomorrow. Shit. Get yourself together, asshole. I walk over to the sink splashing cold water on my face and take a few deep breaths while trying to think of anything else. I grab my cock and it’s still rock solid. I don’t have time to jump in the shower and jack off, so my only other solution is to go back out there and deal with it. It’s not like it won’t get hard again anyways. Seeing her lying there.

I walk back to the bedroom attempting to disguise the damn elephant in the room, while in my head I’m doing very dirty things to her. She watches me as I walk back into the room, still smiling, clearly attempting to mask her laughter. I sit on the bed, leaving a vast amount of space between us. 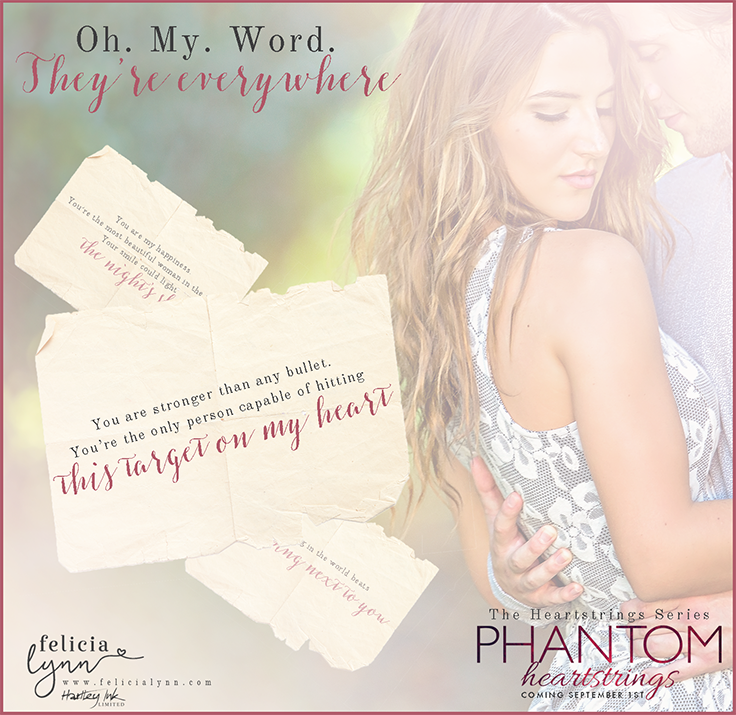 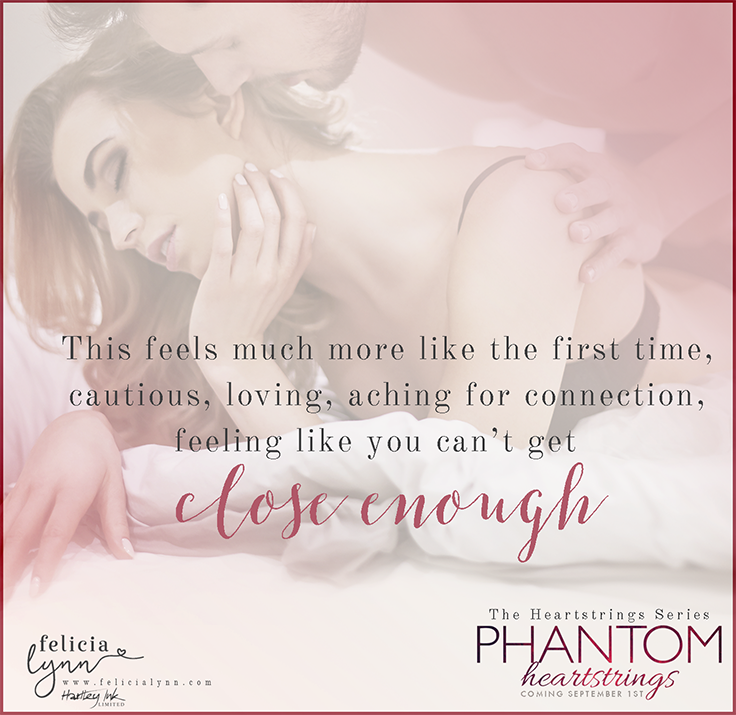 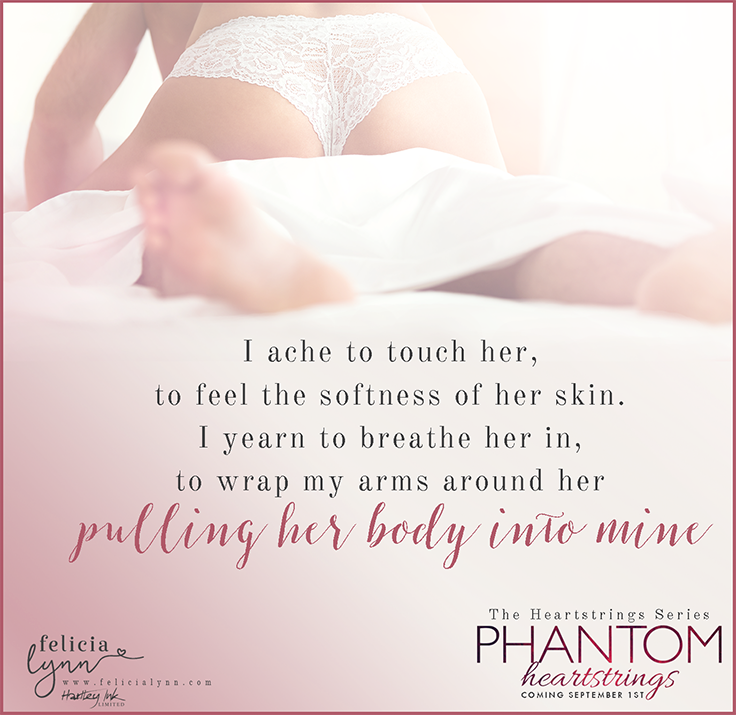 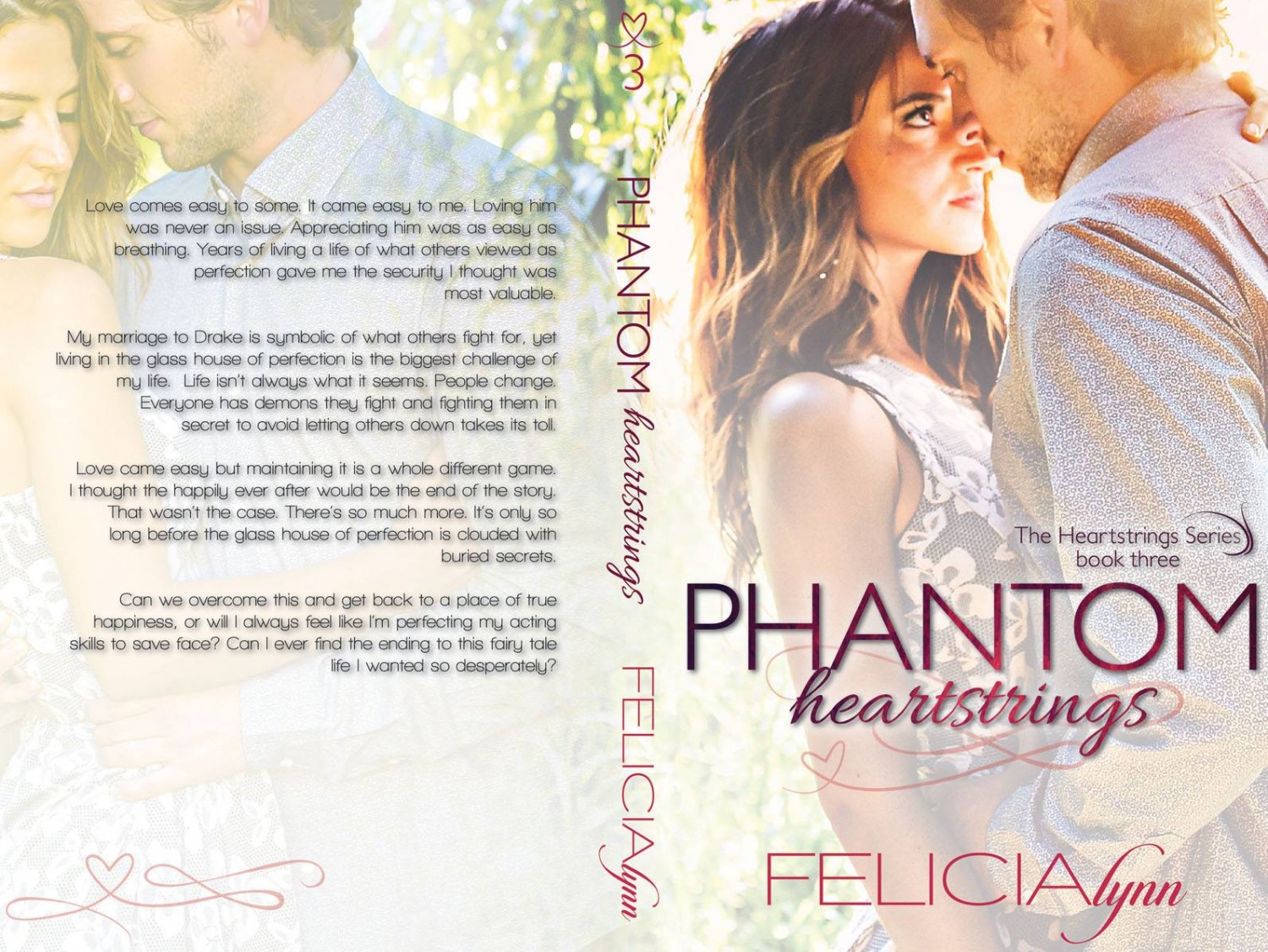 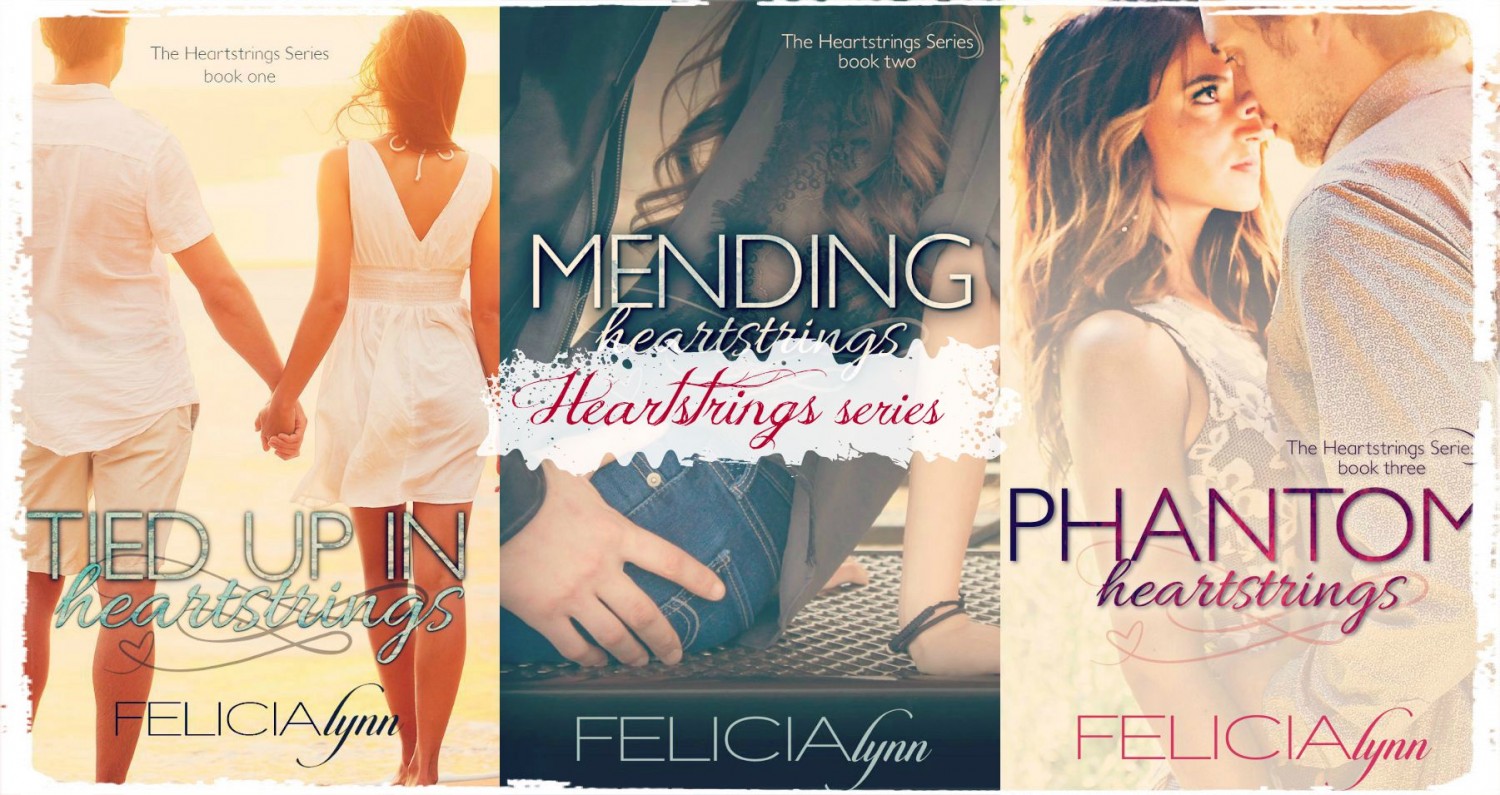 Tied up in Heartstrings 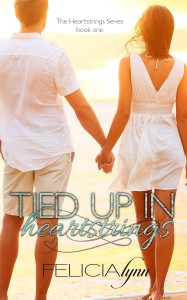 Tragedy ripped the security from her life. Left a single mother, Alexis’s fear of loss insulates her from the rest of the world. Her best friends from college and close family are the only people she keeps close.

A man from her past has always been in love with Alexis. He’s never met anyone that measures up to her. Garrett is a musician, who never really imagined he’d have the fame and fortune that he’s found. But, even with that, what he’s always wanted is out of reach… or is it?

When Garrett and Alexis meet up by chance a relationship begins. Neither expected what happens. She can’t be sure she’s ready for the complications a relationship brings. He will have to work overtime to win her heart without any assurances it will be successful.

Alexis is learning about life without Jed, and is feeling more secure with parenting on her own. Garrett appreciates his fans and is enjoying his life on the road but misses having a private life. The lives they have built separately leave little room for a budding relationship, but their hearts won’t take that into consideration.

Will the cards they’ve been dealt get in the way of a love that is meant to be? Is love enough to overcome loss and heartbreak? Can they accept all that the other is, without feeling like they are living in the shadow of their former lives? 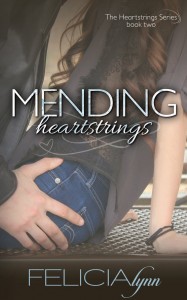 Just when life seems to be manageable, you’re thrown radically off course by “the one”. “The one” you weren’t expecting. “The one” who single handedly holds the key to the tattered and rusted lock to the walls surrounding your heart. Letting her into your protected sanctuary will only serve one purpose, intentional infliction of pain and heartache.

Jon is a man on a mission with only one agenda, to survive…to survive his past, and avoid letting his future be consumed by his history. It’s all really simple, until she walks into his world and turns it, on its axis. She makes him yearn for things he never wanted, or at least didn’t realize he ever would. Now his dreams and writings are consumed with the fantasy that this girl could change everything. But deep down he knows she deserves better. Better than him. Better than anyone he’s ever met.

He’s the lead guitarist for Garrett McKenna’s band. His life consists of touring, studio time, and writing music. That’s it. Staying healthy means keeping his routine, which has been easy enough until this little effervescent beauty rocks his world. Now he’s left questioning everything and doing some soul searching to decide if he’s equipped to give what he knows she needs and deserves.

Whitney avoids love at all costs. She’s not scared of it. She’s too strong to be that weak. She refuses to allow herself to lose her mind over another person, when there’s a high probability of getting her heart broken. She’s witnessed it more times than she can count, and she’s less than interested in taking the gamble.

Her strong will has served her well in life. Very few people know her secrets. She prefers to keep it that way. Her friends and family own her heart and deep devotion. She could easily do without the rest of the population but plays nice so she doesn’t appear to be the major bitch she knows she is on the inside.

Everything in her life makes sense. Her life is filled with more love and laughter than most will ever see, and it feels complete to her. She’s simply satisfied…until him.
He complicates things. His life isn’t something she understands or is willing to try to figure out. But she can’t keep her mind from wandering to the scruff faced, gorgeous guitarist, no matter how hard she tries.

He’s everything she’s never wanted, yet her heart is telling her differently. She fears she’s diving headfirst off the cliff of heartache. She’ll never recover from her brief no-strings weekend with this man. If she opens her heart it will be “the end”… no matter what. The question is what kind of ending will it be? Not all fairy tales have the happily ever after.

Felicia Lynn is a transplanted Florida girl, born and raised, who lives just north of Atlanta, GA with her husband, daughter and cat. She spends most of her days holed up in a cozy chair with a cup of tea and her laptop, writing about the characters that live in her head. When she’s not writing you’ll find her hanging out with her family and friends! She loves reading, taking long walks, chatting with her Facebook family, and listening to music, especially live music. A self-declared lover of all things baseball, she is obsessed with every aspect of the game!!! 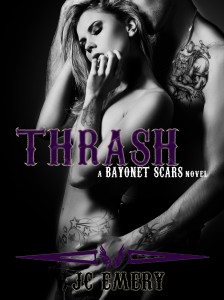