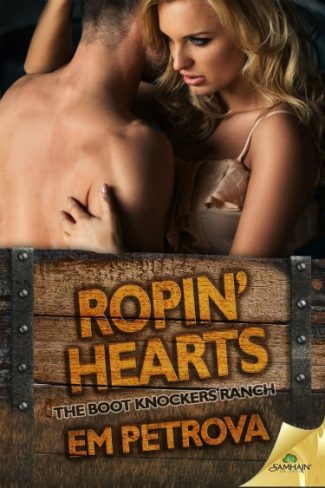 It’ll take more than ropes and whips for this cowboy to keep his bratty woman in line.

At twenty-three, Bree Roberts is ready to sow some wild oats. The perfect place to start? The neighboring spread—The Boot Knockers Ranch, where twenty smokin’ hot cowboys deliver sexual therapy to women. The problem? The entry fee is more than she’s made in a lifetime.

Only wanting to explore, she figures her tanned, toned legs will be her ticket to ride. Except Ty keeps kicking her off their land. Then she begins to suspect the reason why. He likes her.

If Ty spots that little vixen wrapped around one of his cowboys one more time, he’s going to throw her over his knee. Trouble is, she’d like it. Catching her participating in the ranch’s notorious, semi-clad Cornhole tournament is one thing, but when he finds her under their resident Dom’s whip, enough is enough.

Ty won’t throw a naked woman out of his bed, namely one who deserves a spanking, but showing Bree the rewards of sex mixed with a little emotion leads to trails neither of them intended to tread.

Warning: Contains a spitfire cowgirl who excels at breaking the rules, and a cowboy who lays down the law—and a firm hand on her ass cheek. 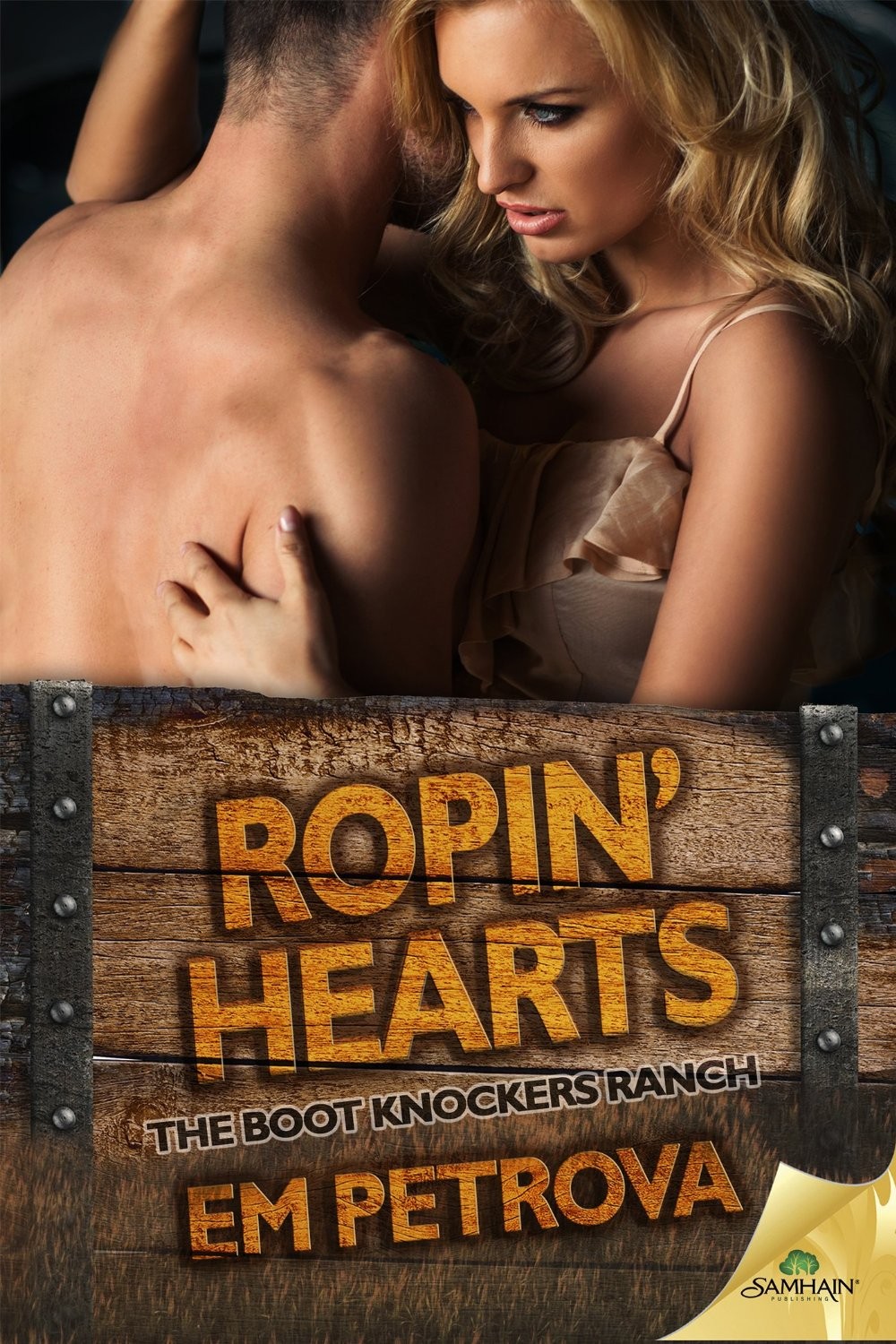 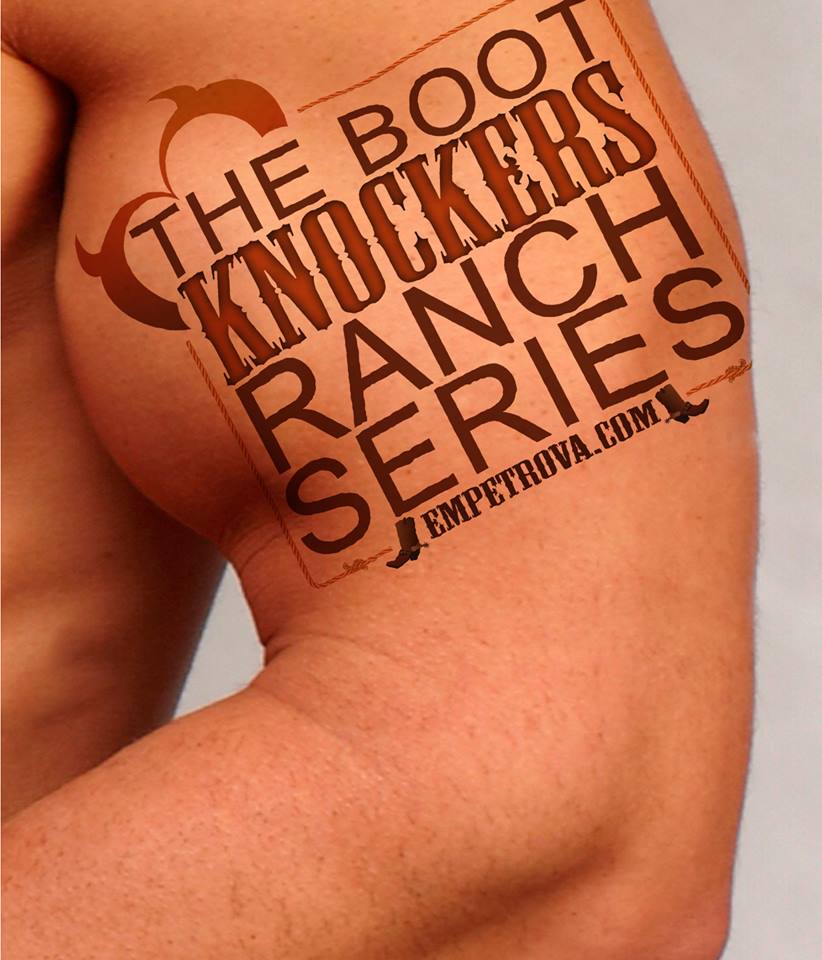 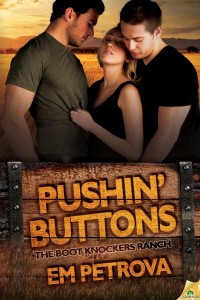 It’s all in her head. Until she falls into the hands—and hearts—of two cowboys.

Sexual dysfunction. The words make Sybill cringe, but after one too many failed relationships, she has to face reality. Her O-button is broken, big time. Sick of sitting on the sexual sidelines, she books a week at Boot Knockers Ranch. If a passel of rugged cowboys vying to bring her bliss can’t get her off, nothing will.

Hugh had planned to sit out this week’s rotation of sexual therapy, but when he spots sultry Sybill, he pulls rank. His bone-deep urge to possess her isn’t enough to coax elusive orgasms out of her body, though. And his resolve to give the lady whatever she needs wavers when she shyly makes a mind-blowing request. 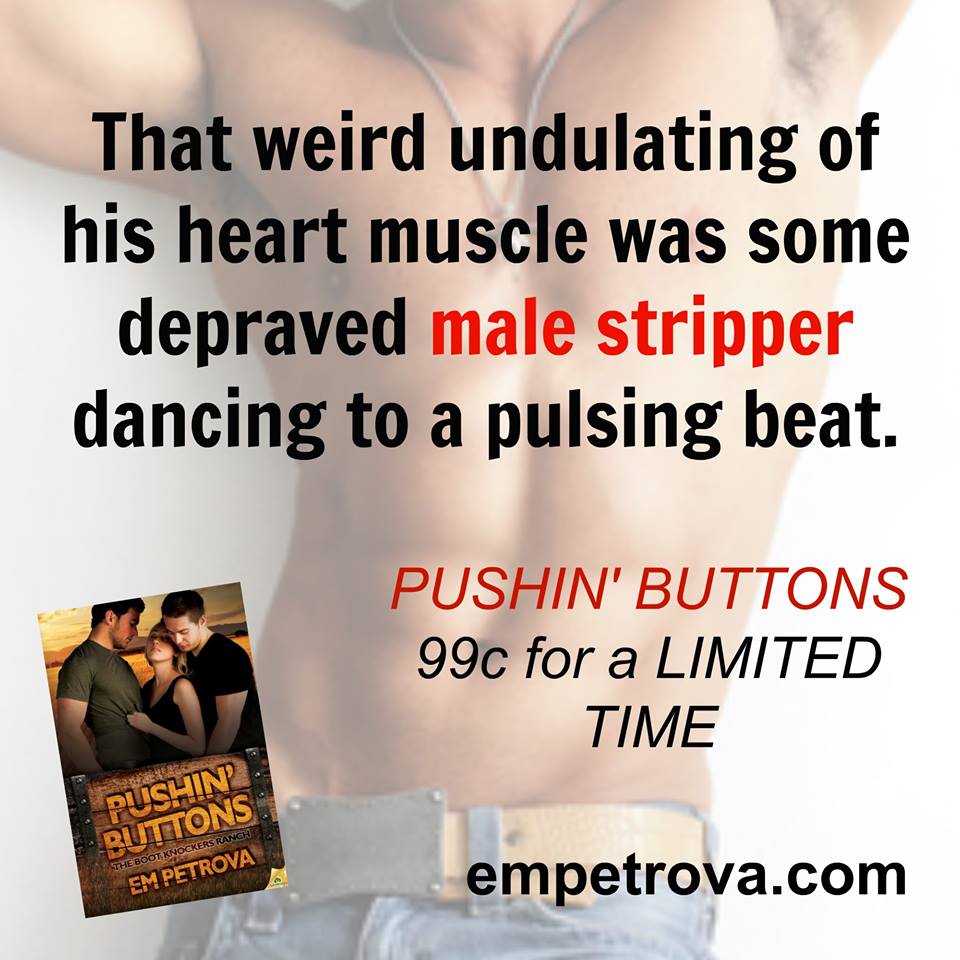 There are no words for desire this hot…but he’ll sure try to find them.

If there’s one thing that Damian Vince can do well, it’s read women. With his trademark wink and sexy drawl, he’s the most wanted cowboy on the Boot Knockers Ranch, a spa where sexually challenged women come to get charmed out of their uptight panties.

He’s also the ranch’s bad boy—he hates to admit he’s had his mug-shot taken more than once. But now he’s on the right path, ranching and fulfilling women’s desires.

Prim grade-school teacher Ruthie Johansson prays Damian will be able to fix her strict upbringing that’s left her leery of men and intercourse, though her body aches for both. Once she sets eyes on the muscular, auburn-haired Damian, she throbs only for him.

As they get skin to skin, her instinct touches something Damian’s been struggling to hide from his fellow Boot Knockers. A secret he’s spent a lifetime keeping buried beneath bar brawls and a bad attitude. But with Ruthie’s gentle coaxing, he just might give overcoming it another try—as long as they do their homework in bed.

Warning: Contains a bad boy with a vulnerable underside, a squeaky clean woman who wants to get dirty, and a secret shame only love and compassion can heal. Prepare to drool while he parses her sentences…one sexy verb at a time. 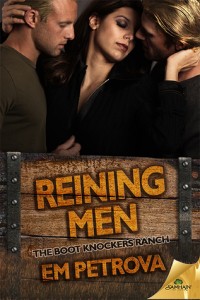 There’s no escaping ranch policy—anything to please a lady…

The Boot Knockers Ranch caters to women in all ways. And now rookie Paul is officially part of the team. He’s had six months to hone his skills with the ladies and prides himself on being a prime catch.

Jack would agree. He can’t get the rugged cowboy out of his system. He wants Paul in his bed more than anything, but his best friend has always been resistant to relations with other men. Jack’s instinct says different, but he values Paul’s friendship too highly to push it.

Then Jack takes on beautiful new client Lissy Lofton and finds himself falling hard for the confident show jumper. He’s not the only one. Lissy has caught Paul’s attention, and the attraction is mutual.

But now Jack has a problem. Lissy’s sexual appetite is so ravenous, he doubts he can last the week without backup. Which presents an irresistible opportunity to invite Paul into their bed—where the incandescent heat brings all their walls tumbling down.

Warning: Contains two smoking-hot cowboys whose drive to please the same woman spurs a desire to please each other.