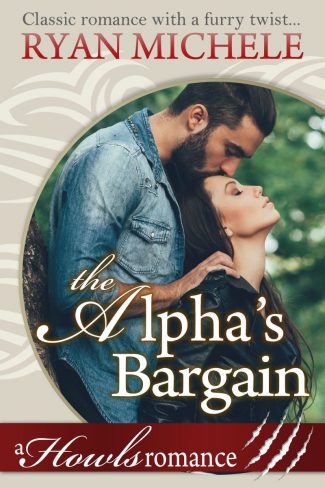 It's where we were. My pack and I.

Could it work? In a world of fated mates how would we possibly fake it for everyone?

Luca made it all sound so easy. My heart, body, and wolf were on board. I just needed to convince my head.

I couldn't deny the alpha he was or the chemistry between us. Only time could tell if it would be for eternity.

A not so simple bargain changed it all. 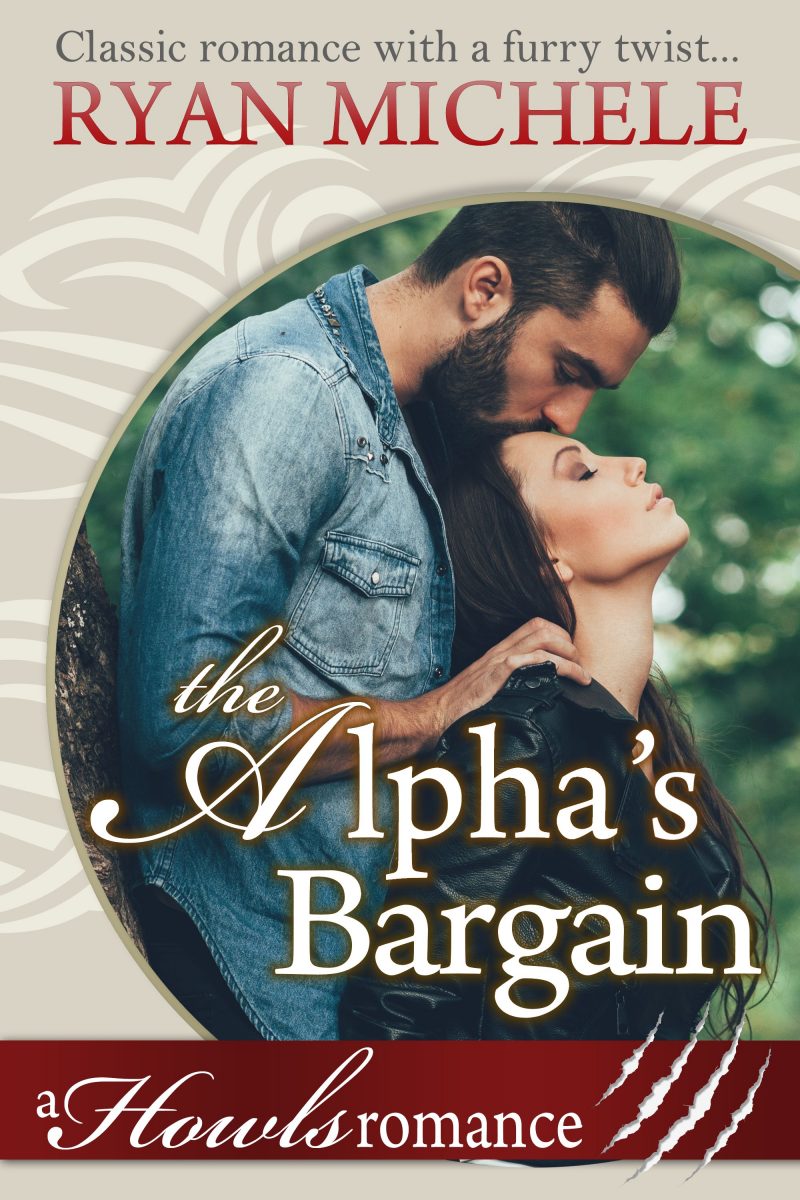 The wind whistled through the trees, bending the strong trunks to its will. Leaves rustled, creating music through the night’s sky, while the clouds hid the moon, leaving everything blanketed in darkness. The smell of rain lingered in the air, indicating the storm was coming through hard and fast. Off in the distance, wolves howled, warning of the fast approaching weather change.

The air invaded my lungs, and the calm seeped deep into my body. My hair blew in the wind as the swing rocked back and forth while I watched the changes from my front porch. It was my favorite spot. Spending hours here had become my pastime. Whether the sun shone down, moon glowed, or the storm rose, sitting in this spot filled me with peace.

Storms were my favorite, though. The more lightning, thunder, and rain, the better. It was as if two worlds were colliding, bringing a force down on one another that rivaled the other. An epic battle of wills, crashing and tearing through the land—all of it part of nature and her works.

The clouds would sporadically give way to the crescent moon playing hide-and-seek with the earth below. Small droplets began to fall to the ground, the dirt pressing out of its way before the water seeped in. A burst of energy floated through the air as lightning cracked, thunder crashed, and the rain began to pour down around me. All the while, not a drop hit me because of the large awning above.

Yellow eyes glowed in the distance, making their way quickly toward me. A beautiful, light brown wolf with white around his ankles hopped up on the porch, his nails tapping against the wood. He shook his body violently and fast, spraying me.

Rolling my eyes, I wiped the wetness from my bare arms and glared down at my brother as he shifted.

Ren stood before me with a wide, mischievous smile on his face. “Thought you could use a shower.” He chuckled as a large crash of thunder reverberated, shaking the ground beneath us, my feet feeling the long rumble.

“And here I thought I liked you.”

Ren reached down, snagging his sweatpants and pulling them over his body. Wolves never cared about nudity. It was a part of our lives, but being siblings, my three brothers kept themselves covered for the most part, which was greatly appreciated.

The swing gave a creak and groan as my brother’s heavy weight settled beside mine, all the while the rain and wind picked up around us.

“Why do you love storms so much?” Ren asked, pushing the swing back and forth with his powerful legs.

Ren was the oldest and would one day be alpha, according to our father. A job Ren rolled with and didn’t make much fuss about. Stating, “He’d worry about it when the time comes.” Which was an admirable thing to me.

In some packs, rifts would cause problems between the alphas fighting for dominance. So far, we’d skated those lines and hadn’t had that issue.

“Peace, Ren. In all the chaos that is the storm, the peace will come.”

He let out a huge sigh and laced his fingers behind his head. “Have you told Dad yet?”

My insides clenched, and the headache that stayed at bay began to come back, seeping into my temples. “No.” Telling my father would mean trouble, and bringing that to my family wasn’t on the top of my list. The problem was, it couldn’t be hidden for much longer.

Our pack, the one my father, his father before him, and his father before him had grown, was losing more money than we were bringing in. Therefore, our savings was dwindling to the point of scraping by, and no pack could survive the way things were. With sixteen mouths to feed, electricity that needed to be paid, and to simply live, we needed a holy grail of help.

I’d done everything possible to get us back in the black, and the stress of it was getting to me and my wolf. Lately, she was restless to a point where neither a run nor a hunt could calm her. The human side of me wasn’t much better. The pressure of making things right, of helping my family and not being able to was sending me down a dark path.

It couldn’t be stopped, because no matter what accounts money was shifted to or creative ways to put off the bills, they just kept coming. All of it weighed so heavily on my chest there were times I couldn’t breathe and felt like an utter disappointment to everyone around me.

My parents had me attend the local Breed College and get a degree in finance, which only nailed my coffin harder, because I felt like a failure on so many levels. The problem was the money wasn’t coming in as fast as we needed it, and it was time for everyone to get jobs outside the pack so we could get back on our feet.

Ren and I were the only ones who knew how low we were because I confided in him. It was either that or allow the pressure to take me completely under.

Knowing one day I was destined to be an alpha female, I carried the weight of my pack heavier than most. My natural instincts screamed to save the pack from all problems. Even though I hadn’t yet had my first heat, my family knew my wolf, and I knew it, too. Eventually, everyone else would once I had my cycle, and then I would be more of a failure.

“We’re going in now and talking to him, Caleigh. This can’t go on, and the longer we wait, the farther down we’ll go.”

He was right. The only reason for me putting it off was my ego, which was totally stupid on my part. It was so damn hard, though, knowing you failed. You failed everyone around you when you should know exactly what to do to make it right. I had no other options at this point, and finding a money tree wasn’t an option.

“Right,” I breathed out, not wanting to, but having to do the responsible thing.

We rose from the swing just as another crash came to the earth. This time it felt like a warning, one that made the hair on the back of my neck stand to attention.

My father was the best man I knew—loyal, fair, and trustworthy to the highest degree. It was one of the reasons I was so down on myself about telling him. He had put so much trust in me to handle the finances, and here it was, all fucked up. Having him disappointed in me was the worst feeling ever.

Tears threatened to push their way to the surface, but I held them back while following Ren into the pack house.

Unedited and Subject to Change 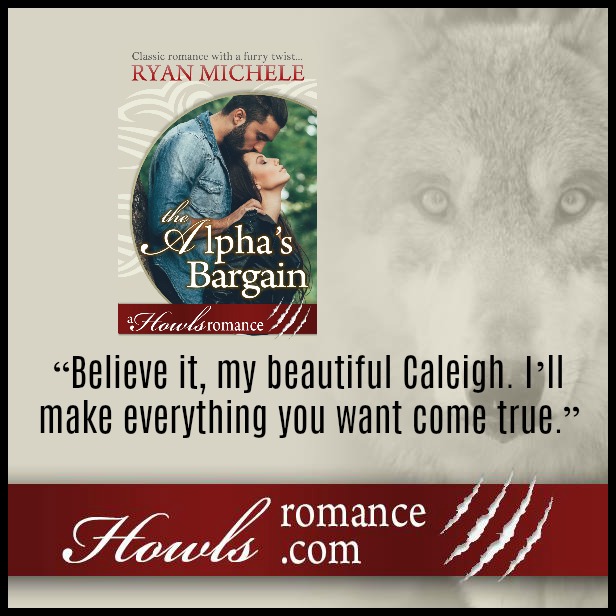 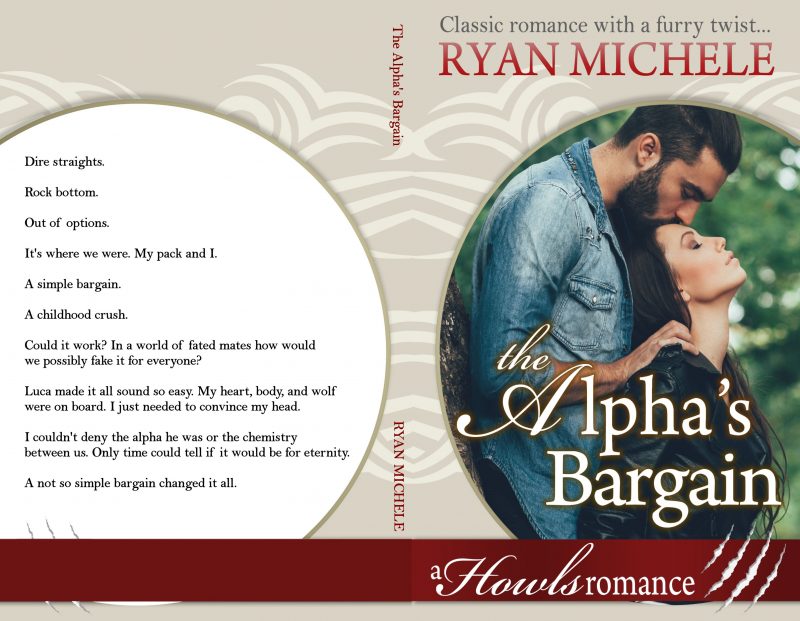 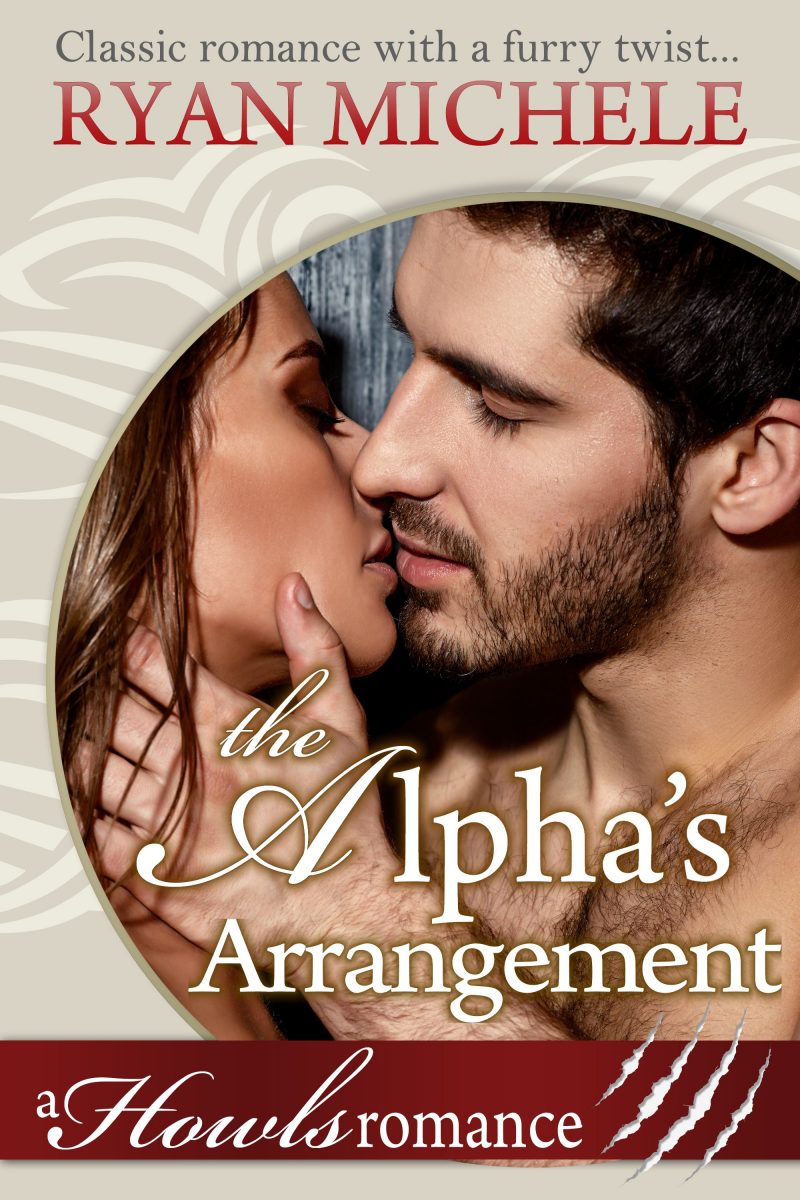 Izzy needs a fresh start, and moving to the mountains of Montana is just what she was looking for. When she finds the perfect home, she can’t wait to begin her new life and get away from the hustle and bustle of the city. Little does she know that her home comes with a surprise.

Carter is known for getting exactly what he wants. When his mate shows up in his small town, the scent of her drives his instincts to claim her immediately. The problem is, she’s human and knows nothing about the shifter-wolves that live among her. Treading lightly isn’t his way, but he’ll do anything for his mate.

He has something up his sleeve to get her in his bed and in his life. Will Izzy resist? Or will she find out that, with the power of an Alpha, she’s unable to?