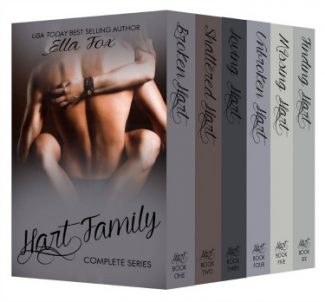 For the first time THE ENTIRE Hart Family Series are TOGETHER in a box set!! 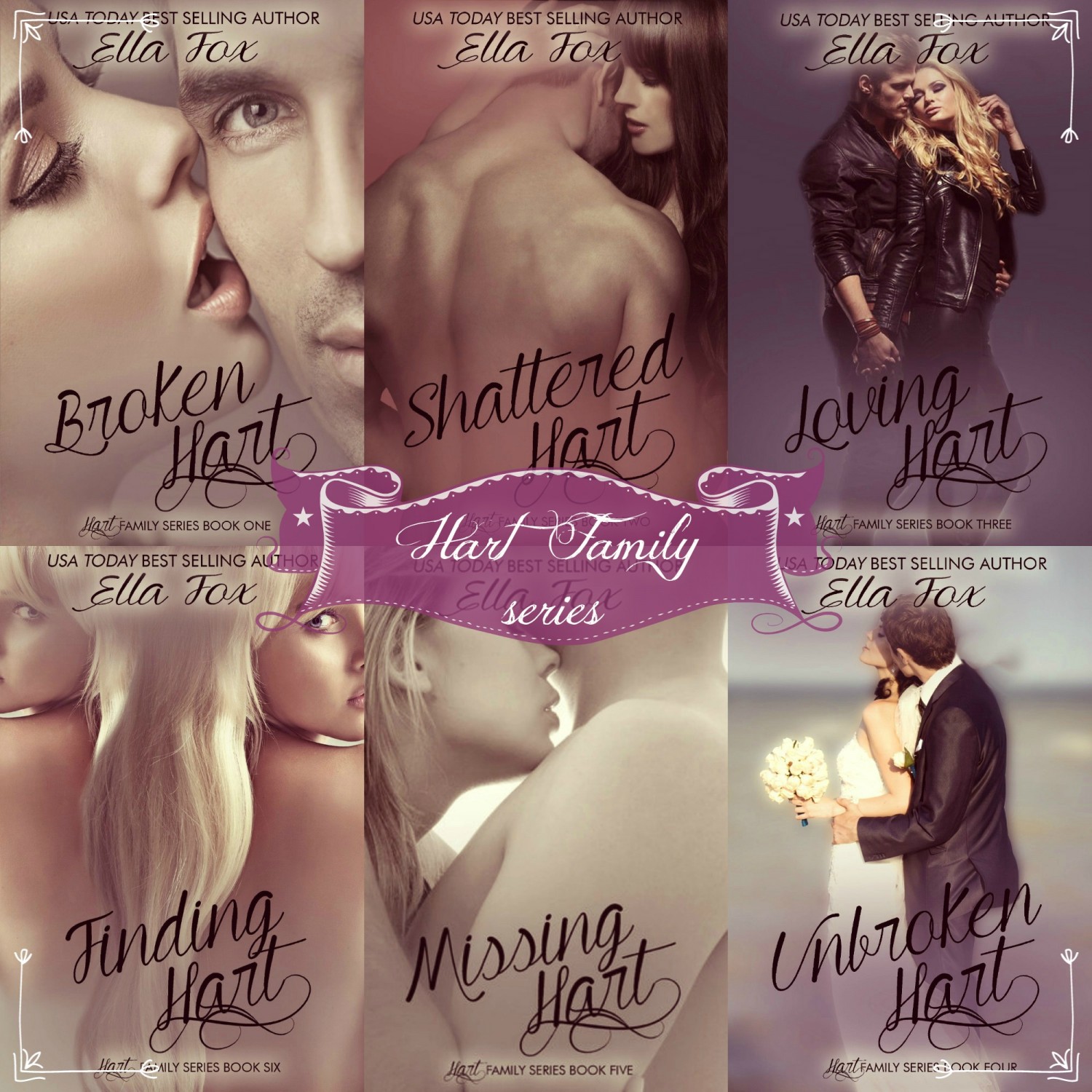 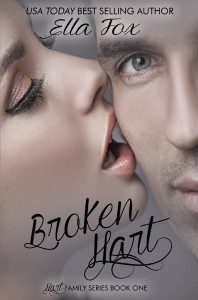 Sabrina Tyler is head over heels in love with her boss and best friend, Dante Hart. She thinks that Dante has no romantic interest in her but she’s wrong.

Dante doesn’t believe in love or commitment or any kind. Sabrina has gotten under his skin, but Dante has no intention of acting on it.

One wild night changes their relationship forever, but Dante lacks faith in love and doesn’t believe in Happily Ever Afters.

Can Sabrina break through and fix what’s broken in Dante Hart?

Raising my eyes to him, I checked to see if he was noticing what was happening, only to find his eyes blazing back into mine.  The look he gave me was pure combustible heat, and it left me with absolutely no doubt that he felt whatever was happening too.

He shook his head as though he was trying to clear it, and returned to massaging as I closed my eyes and tried to process what the hell was happening—and my reaction to it.   When he rubbed the arch of my foot again, I couldn’t help it, and I moaned.  My eyes snapped open, and I prayed that maybe he hadn’t heard me.

His hand slid from the arch of my foot up to my left ankle as his other hand gripped my right ankle.  Using my ankles as leverage, he jerked me toward him. I wasn’t dumb and I knew what that meant.  Clearly, he had heard me. I was trying to process all of that as he bent forward and kissed first one knee, then the other.

I took a shocked breath and my jaw dropped as I stared at the top of his head.  Raising his eyes to mine, Dante asked, “Rina.  I want this.  Do you?”

The line was shockingly easy to cross.

Looking him straight in the eye I answered honestly and without hesitation. “Yes.  God, yes.” 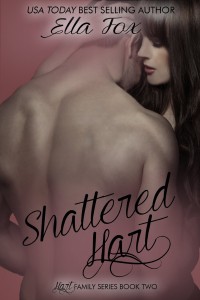 Damien Hart will never allow himself to fall into a committed relationship. He’s seen the worst of the worst, and he knows that there isn’t a woman on earth that will ever change his mind.

All of that changes the moment he meets Brooke Tyler. Damien’s entire view of women and relationships is rocked by her, and though he tries, he can’t make himself stay away.

Brooke is everything Damien never acknowledged that he wanted. Will he be able to let go of his past and take a chance on love? 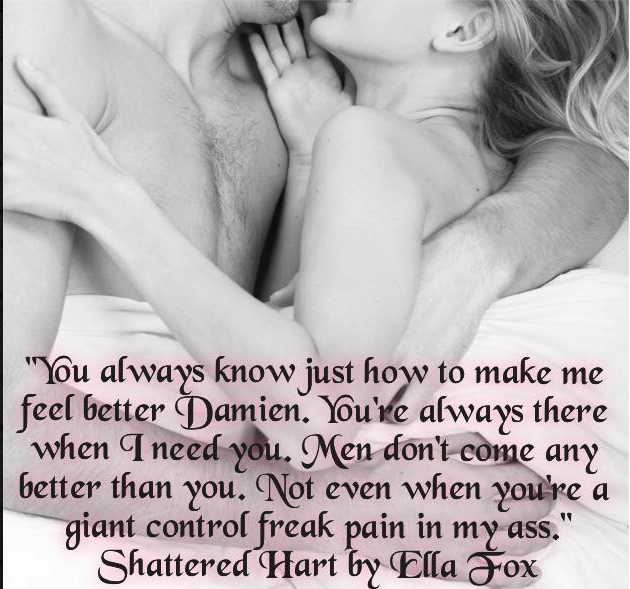 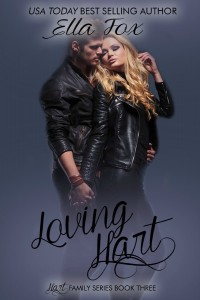 Destiny gave them each other…

From the moment he saw her, Spencer Cross knew that Delilah Hart was special. Understanding that she needed him to be strong for her, Spencer endured a childhood filled with secrets, lies and abuse. Delilah gave him a reason to live as she protected his heart and kept him from going off the rails.

Delilah knew that fate had delivered the love of her life to her at a very early age. Spencer was her anchor and the reason she believed in true love. She’d never doubted that they were meant to be together forever.

Until chance threatened to rip them apart…

Will Delilah be able to convince Spencer to let go of his demons, or will she be forced to walk away with only the memories? 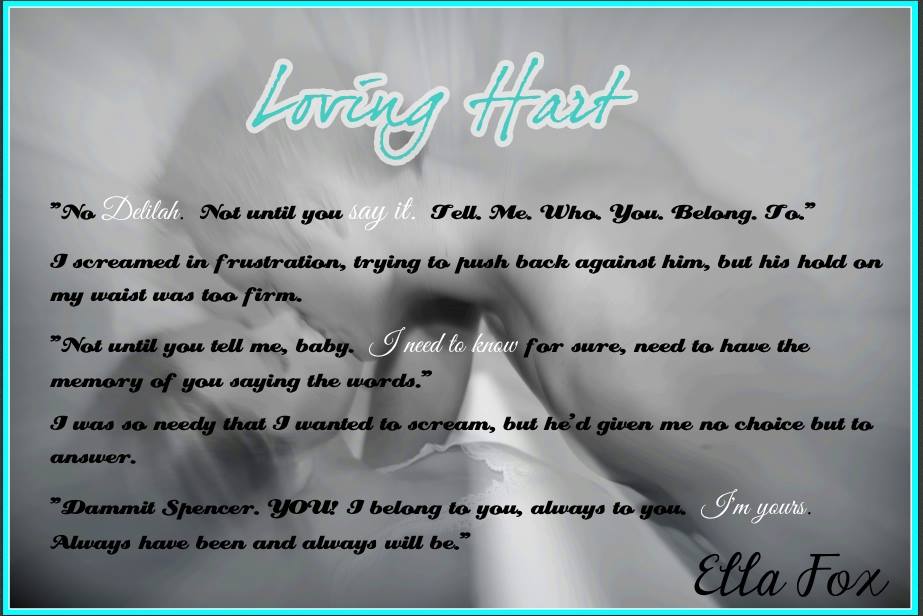 He looked gorgeous, as always, and I struggled to remember to breathe for a minute.  He works out like a mad man, and his body is to die for.  After giving me a kiss and a hug, Spence escorted me into his living room.  Taking a spot on his couch, I smiled when he took the seat at the other end.

I’d already decided not to beat around the bush, so I dove right in.  “Don’t flip out. I’m here because I need to kiss you again, and I want you to give me my first orgasm. It’s time.”

I paused when he gasped, and I could see that he was going to argue with me.  “Shush Spence.  Listen to me before you say no.”

He nodded tersely, so at least I knew he was listening.

The look on his face was a mixture of shock, discomfort and arousal.  “Jesus, Delilah, shoot straight much? That’s… I mean… I don’t know what the fuck to even say.”

“You can cut the crap and admit that you’ve known all along that I was waiting for you.  I don’t mind waiting, not that I’m going to sit on my ass forever, but before I start taking care of my needs myself, I want you to get me there.  I want all my firsts to happen with you.”

Holding up my hand, I told him to hush.  “You can run from everyone else Spencer Cross, but you’ll never be able to run from me.  I know you want this and you’ve wanted it for a long time. You’ve been waiting for me to come to you again.  Well, here I am. Someday, you’ll have all of me.  Until you’re ready to take that step, I’m asking you to give me this.”

I saw the exact moment that he accepted what I’d said as being true, and I knew he was going to do it. His eyes were like a firestorm when he looked at me.  “If this is what you really want angel, then yes. You’re right.  I want to give it to you.  Tell me how you want me to do this.”

Standing, I took his hand in mine as I started walking toward his bedroom.  I walked fast, letting go of his hands when we got in so that I could throw myself on his bed.  After enjoying a little bounce, I propped myself on my elbow and stared at him as he stood over the bed.

“You can start by kissing me.  How it goes from there is up to you.” 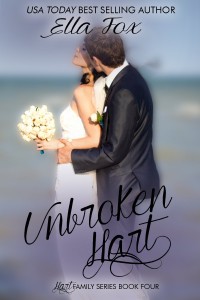 For the first time, you will find out how Dante really felt about Sabrina from the very beginning. Catch up with the couple that started the Hart Family series. Dante is as steamy as ever! 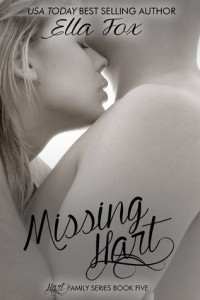 My life has been built on a mountain of secrets, lies and half truths.
For a long time I wasn’t able to let anyone get close to me.
But then I met my Prince Charming.
The man who saved me from myself, who showed me what true love was.

I’ve missed him every single day for four years,
and nobody who means anything to me even knows he existed in my world.

Now the part of my life that I’ve kept secret has collided head on with the life I built to survive the destruction of my heart.

He’s back- and this time, we can’t avoid each other.

The love story of Dominique Hart and Dillon Cooper has never been easy, but that doesn’t make it any less real.

Not everyone has an easy journey on the way to love, but sometimes, that makes getting there that much more meaningful. 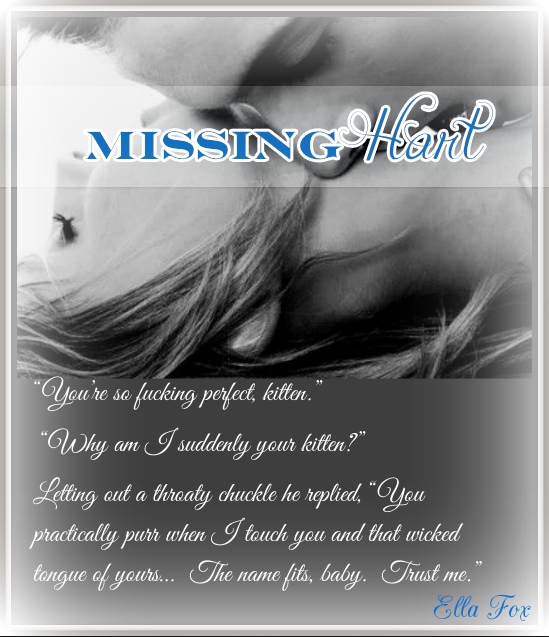 Turning on my heel I ran for the door, desperate to be away from him.  I swung it open at the same moment he reached a hand out and slammed it.  Pivoting,  I glared up at him.  “What the hell are you doing?  You can’t let go of the past and I’m done being your fucking punching bag.  What do you want?”Pushing me roughly against the door he wrapped his fingers in my hair and pulled me against him.

“You!  Goddammit, I fucking want you.”

We met each other halfway, mouths smashing against each other in a kiss so intense that it was painful. My body went up in flames, the blood in my veins flowing hot for him. Our hands collided as we started ripping at each other’s clothes.  He bunched my skirt up to my waist and tore my panties off as I struggled to get his jeans open.  Finally I succeeded, reaching in and pulling his massively swollen erection out of his jeans and positioning it right at my center, marveling out how wet I was as I drenched his swollen head with my arousal.

With one hard thrust, he was in so deep that it hurt.  After not being penetrated for four years, he filled me to capacity and then some.  I screamed out in ecstasy and clawed at his shirt as his hips pumped into me at warp speed.  My back was banging against the door with every punishing thrust and I didn’t care.  I felt him in every part of my body as he pounded in and out, our mouths smashed together as we kissed like two maniacs.  We were a mess of teeth and tongue, the pain turning immediately into pleasure. 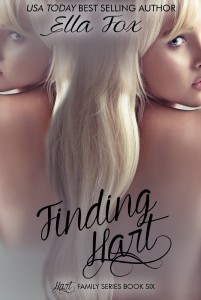 There is one person in the world that Spencer Cross can’t live without and that’s his wife, Delilah Hart Cross. With their baby on the way, life has never been sweeter.

Dillon Cooper finally had Dominique Hart back in his arms and he has no intention of letting her go. Happy for the first time in years, Dillon knows that things can only get better.

Not everyone is happy that these two couples are finally living their dreams, and the past is about to explode into the present.

Spencer and Dillon are about to find out just how far they will go to save the women that they love.

Faith will be tested, secrets will be revealed and lives will be changed as the entire family joins together to face the toughest challenge of all… 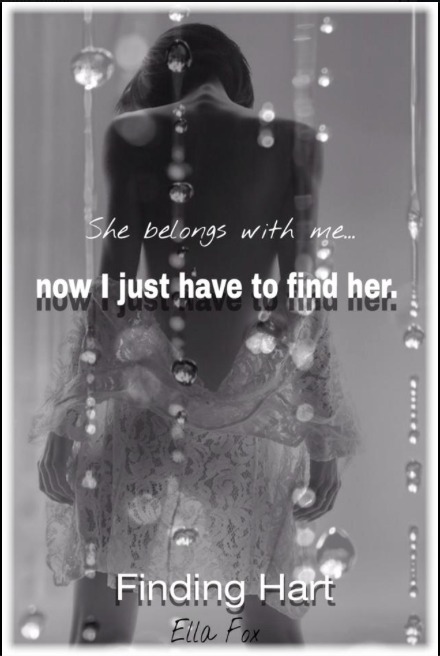 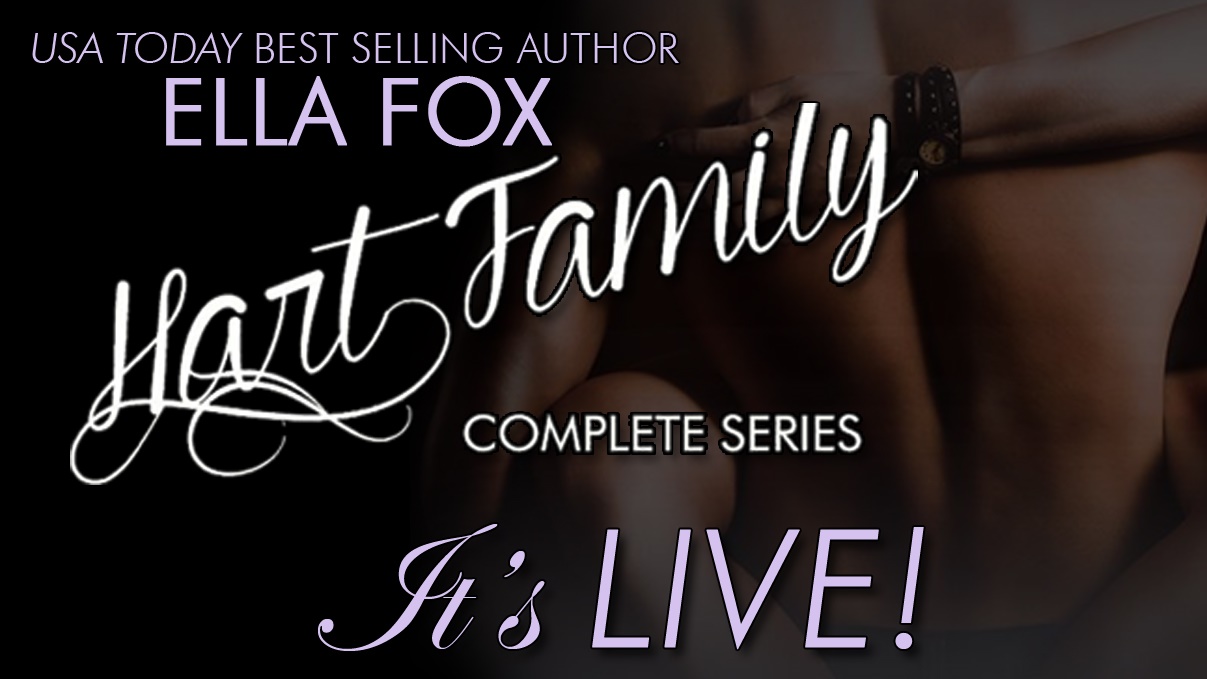