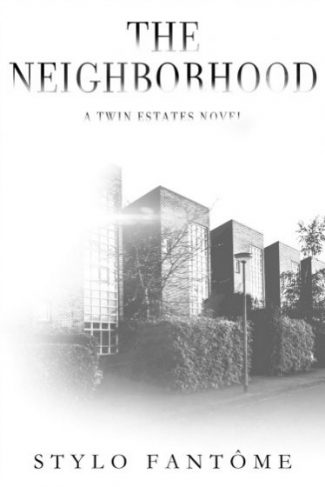 Things a bad neighbor can do to you:

1. Have loud parties late at night

2. Refuse to mow his lawn

4. Rip your heart out and walk all over it

Katya Tocci is willing to admit that she may have bitten off more than she could chew.

Liam Edenhoff showed her a side of life she'd been missing out on - sex and friendship and tacos. But then he betrayed her.

Wulfric Stone taught her that big surprises can come from unexpected places - like from a surly, aggressive, withdrawn bastard. But then he broke her heart.

Now one of them wants forgiveness, and the other wants forever. And Katya? She just wants to forget.

Who knew neighbors could be so difficult?

Warning: This story contains scenes of a graphic sexual nature, multiple uses of coarse language, and quite possibly enough confusion to drive a normal person insane. Reader discretion is advised. 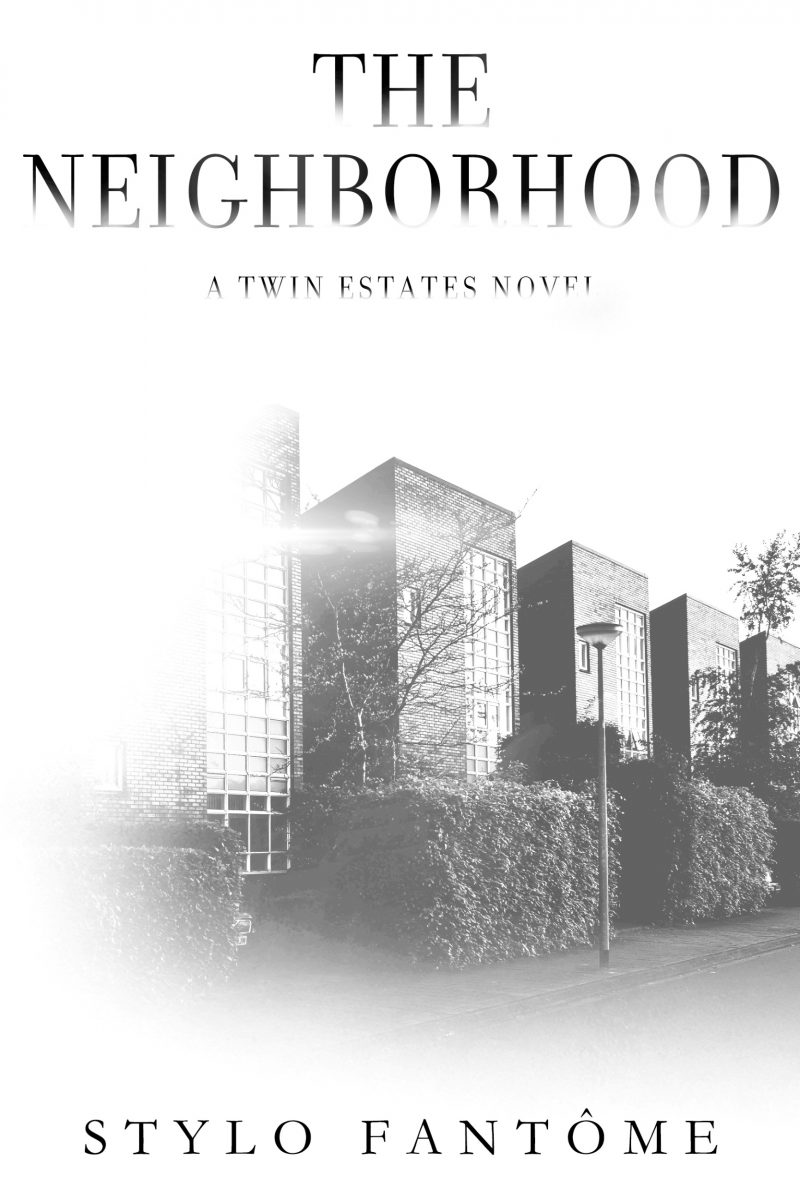 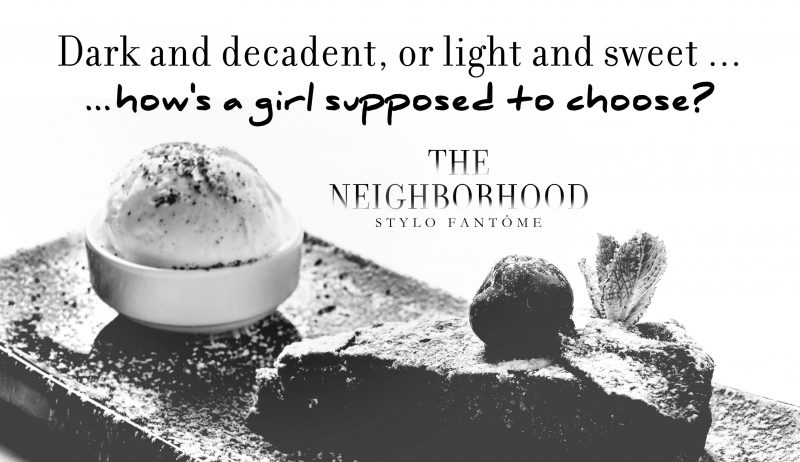 “Have you eaten?” he asked.

“How did you get in here?” she ignored his question and asked her own.

“I have access to the keys for every building we manage. Are you really meeting that thing for dinner?” he asked again.

“Okay, first of all, ‘that thing’ is a seriously good looking, very successful, and ridiculously nice man – a man who has yet to lie to me and use me,” she pointed out.

“And second of all, I know for a fact my lease states you have to give me twenty-four hour notice before you just barge in here. If you come in again without my permission, I’m gonna file a complaint,” she warned him. He laughed. Actually laughed. Something Wulfric Stone didn’t do very often. She took a deep breath and looked away from his broad smile.

“Please do. I’ll direct my HR department to hand deliver it to my desk so I can deal with it
personally.”

“Are we done here? I have things to do today that don’t involve dealing with you,” she snapped. He stepped closer to her.

“You might be even funner now than you were before.”

“That’s not funny, and if you can’t realize that, then there is literally no hope for you.”

“Ah, implying there is hope.”

“I talked to Vieve,” she blurted out. That finally stopped him.

“Yup. Went to your place, had a cup of coffee with her,” she said. That seemed to actually surprise him.

“You were in my home?” he checked.

“Yes. Apparently, I could’ve been spending lots of time there. Very generous of you to give me complete access,” she said. He didn’t react, though she noticed the tendon in the side of his neck was taut and straining.

“Yes, well, I’ve met you. I knew if you ever showed up, it would be a huge hassle with the front desk calling my office and you calling my cell phone and me having to drive across town.

Was just easier that way.”

“And how was the coffee? I have it imported.”

Katya stared at the tight tendon for a moment longer. He was so good at putting on a false front, she knew. Looking calm and collected. After all, this was a man who ate million dollar real estate deals before breakfast.

But it was all fake. He was nervous. Deep down, she could tell. Being forceful was just his way of barreling through a problem he didn’t actually want to deal with – he could just strong arm her into doing what he wanted. No unnecessary awkwardness. That was Wulf’s M.O.

Yeah, well, my M.O. is to make him feel as awkward as humanly possible.

“I can’t go to breakfast with you,” she stated, brushing past him and heading down the hallway. He didn’t hesitate to follow behind her.

“No shit, it’s afternoon – it’s too late for brunch, even. But that Brazilian food cart is open for lunches now, we’re going -” he started, but she waved her hand over her shoulder as she moved into her bedroom.

“I can’t, I’m busy this afternoon. I have to go shopping for a new stove – don’t worry, I’ll have the bill sent to you,” she joked, turning around and standing in the doorway to her room.

He glared down at her.

“Don’t be ridiculous. I’ll talk to maintenance, we can get a new stove in by the end of the
week,” he assured her.

“Whatever. I have other plans.”

“But how about dinner?” she offered.

That seemed to shock him. He stood still for moment, his eyes wandering over her face.

Obviously trying to figure out if she was lying. She offered him a big smile, and that just seemed to throw him even more off guard. He finally narrowed his eyes.

“If I make reservations, you’ll be downstairs on time?” he checked.

“Bullshit. You’ll stand me up, and I’m not wasting my time, sitting around like an asshole waiting for you,” he said.

“I won’t, I promise. I have … a client I’m dealing with this afternoon. I don’t know how long it will take,” she told him.

“What about your dinner date with your darling handyman?” he asked. She shrugged.

“I’ll figure something out, don’t worry about it. I’ll have dinner with you.”

“You promise?” he checked, still glaring down at her. She nodded and ran her fingers across her chest in an X motion.

“Fine. But don’t fuck with me, Tocci. You won’t like it if I have to come and find you. We have a lot to discuss,” he informed her. She nodded.

“I’m sure we do. What’s the dress code?” she asked. Wulf was a 3-Michelin-stars kind of restaurant goer when it came to dinner dates.

“A dress,” he informed her, and then his gaze wandered over her shoulder. She had some clothes laying around on the floor, littered about on the bed. She was gearing up to do laundry. “If you’d like to try on some options, I’d be more than happy to sit and help.”

Katya laughed and slid her hands up either side of the door frame. Wulf followed the motion with his eyes, which grew wide when she leaned towards him.

“Mmmm, that would be fun, wouldn’t it?” she chuckled.

“And it’s been a very long time since you’ve been in my bedroom,” she reminded him. He nodded.

“And we never got to have any real fun in here, did we?” she sighed, glancing back at her bed.

“It must make you wonder, though,” she said, dropping her hands and stepping back into the room.

“What kind of fun Liam and I used to have in here.”

There was a split second where she got to see equal parts anger and shock ripple across his features.

Then she slammed the door in his face. 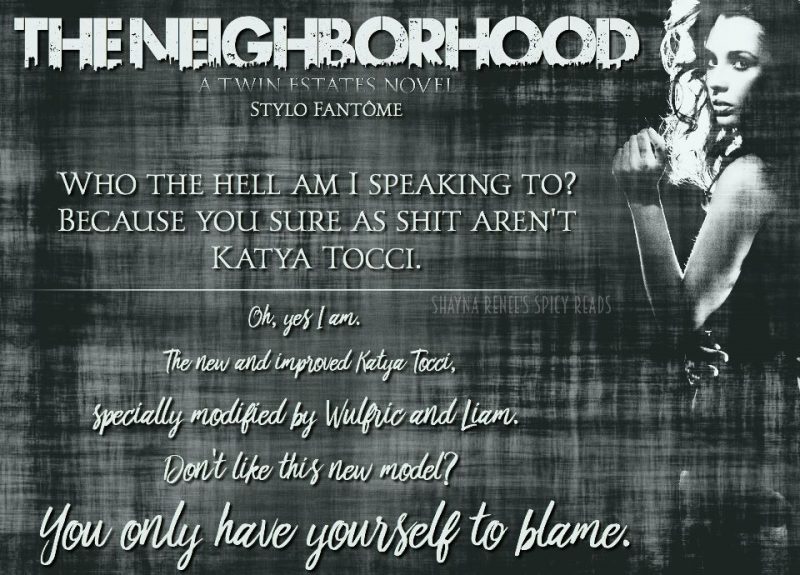 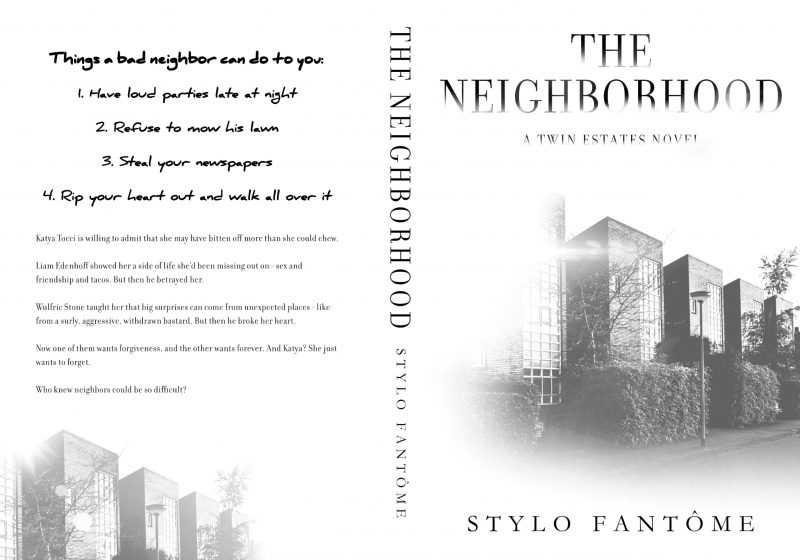 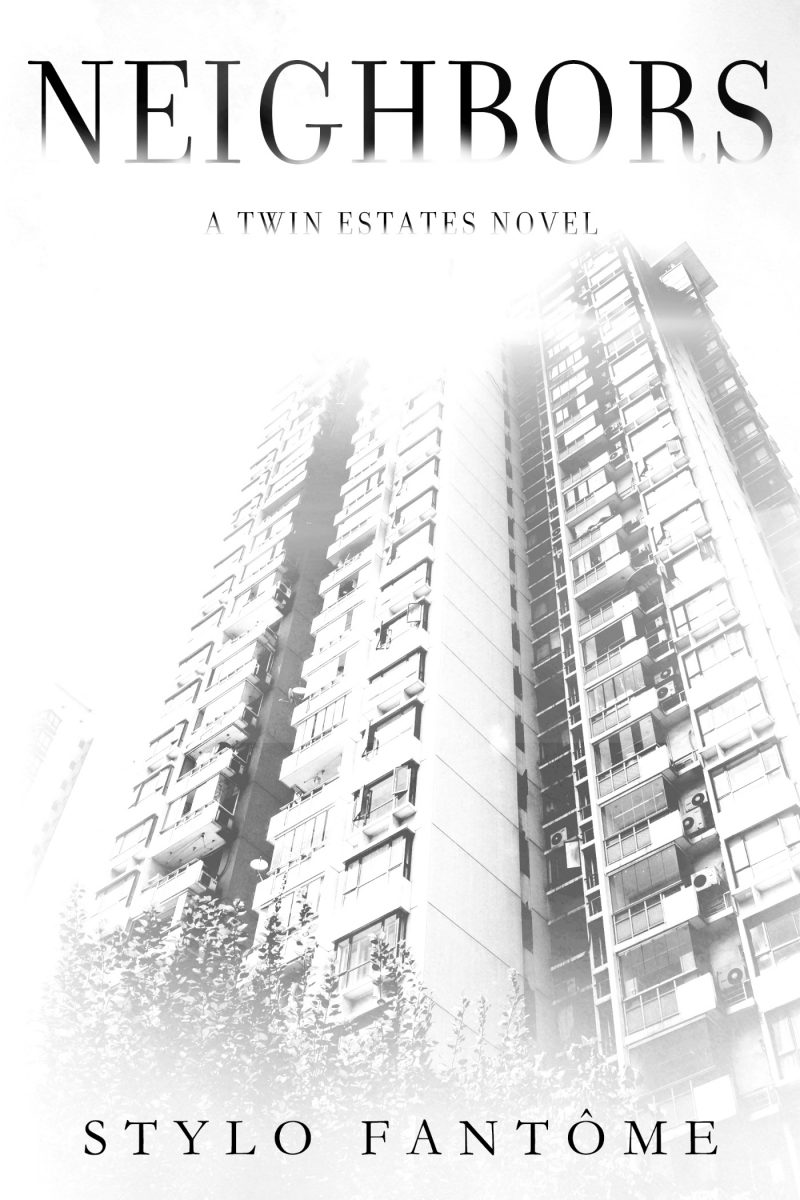 Things a good neighbor can do for you:

2. Let you borrow his lawnmower

3. Water your plants while you’re on vacation

4. Make your eyes roll back in your head

Katya Tocci has never paid much attention to who lives next door – her career always kept her too busy. She’s a good girl, working her way to becoming the most sought after cake designer in all of San Francisco.

But even a good girl’s gotta cut loose once in a while, right? So one fake dating profile later, and she’s ready to tarnish her squeaky clean image. Little does she know, her fun time is closer to home than she ever imagined.

Throw in a neighbor who wants to corrupt her, and another who just wants to own her, and her entire world is flipped upside down.

Who knew neighbors could be so helpful?