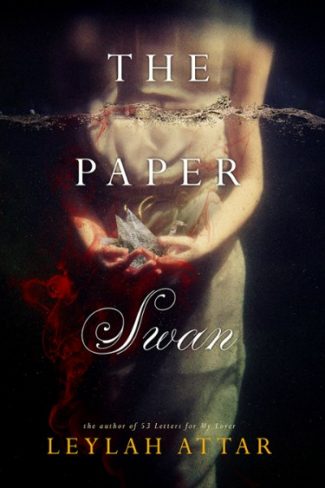 They say it takes 21 days to form a habit.
They lie.
For 21 days she held on.
But on Day 22, she would have given anything for the sweet slumber of death.
Because on Day 22, she realizes that her only way out means certain death for one of the two men she loves.

A haunting tale of passion, loss, and redemption, The Paper Swan is a darkly intense yet heartwarming love story, textured with grit, intrigue, and suspense. Please note: This is NOT a love triangle.

A full-length, standalone novel, intended for mature audiences due to violence, sex and language. Subject matter may be disturbing for some readers. 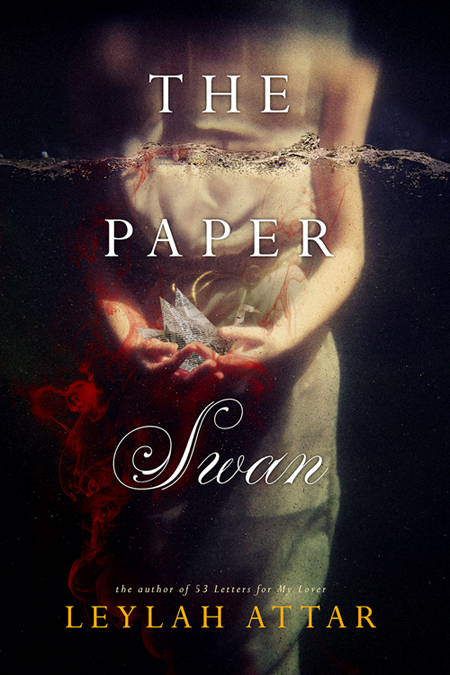 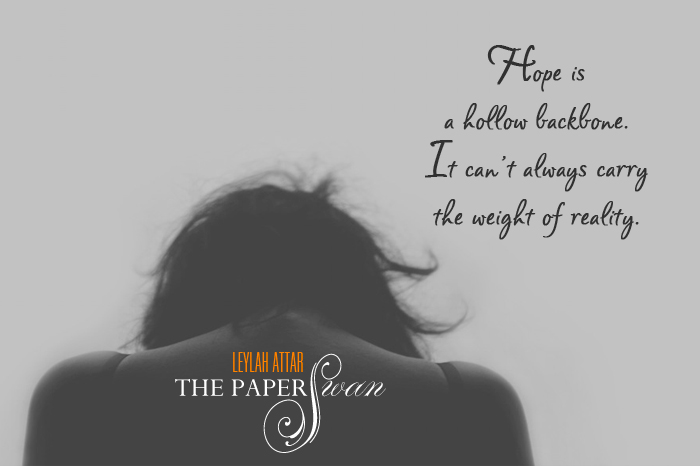 A distant whoomp-whoomp-whoomp mixed in with the music. I figured the song was transitioning into the next track, but the noise grew louder. It was coming from behind me now, close enough that I could recognize it. The whirring, sonic boom of helicopter blades.

I ran outside, barefoot in a t-shirt, knowing Damian had gone to get mangoes for me, like he did every morning. One helicopter was already on the ground, while a second was landing on the beach in a flurry of sand and grit. Armed men in camouflaged gear were everywhere, running towards the jungle.

“Miss? Miss Sedgewick?” One of the men pulled me back. “Are you all right?”

I tore free of him and ran towards the mangoes that were scattered in the shadows of the trees. They were covered in blood.

“Where is he?” I grabbed the man who was yelling something about getting me to safety. “Is he hurt? Take me to him!”

But he wouldn’t listen. He started dragging me back to one of the choppers. The sickening bratatat of machine guns came from the jungle. Another helicopter swept over us, scanning the ground below. A crackly voice issued rapid commands over the man’s radio device. The air was thick with the hunt for Damian—all these men tracking him down—but all I could see was the trail of blood that led from the mangoes.

Damian had been coming back to me when they’d ambushed him. I closed my eyes and lived the horror of it: a bullet ripping through him, mangoes rolling to the ground, his blood staining their spotted yellow-green skins; Damian picking himself up, stumbling into the trees for cover, while I poured myself a cup of coffee.

A cup of fucking coffee.

I knew exactly where to go. I knew where Damian was—holed up in the wooden shack, as they closed in on him, with nothing to protect himself, because I’d made him give up his gun.

Oh God. What I have done?

I broke free and ran into the trees, not caring about the bullets that were zinging past me and ricocheting off the trees in flying splinters of wood and bark.

“Hold your fire! Hold your fire!” someone screamed as I stormed into the shack. I knew they wouldn’t shoot as long as I was with Damian, as long as there was any chance I’d get caught in the crossfire.

I stood by the door, panting, as my eyes adjusted to the room.

He was propped up in the corner, like a trapped animal, gripping his thigh, his sweatpants soaked with blood. 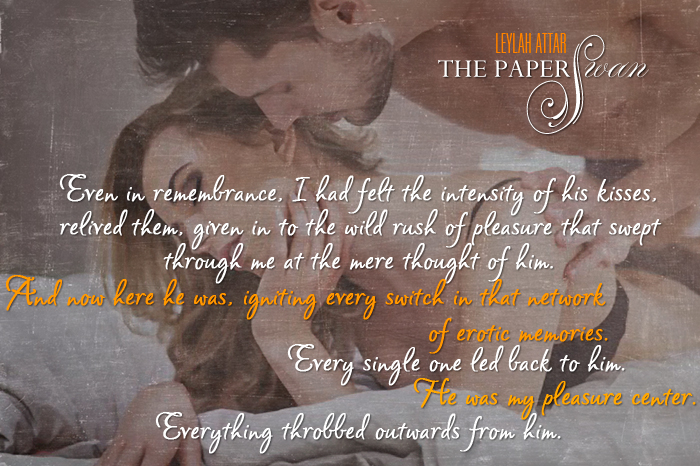 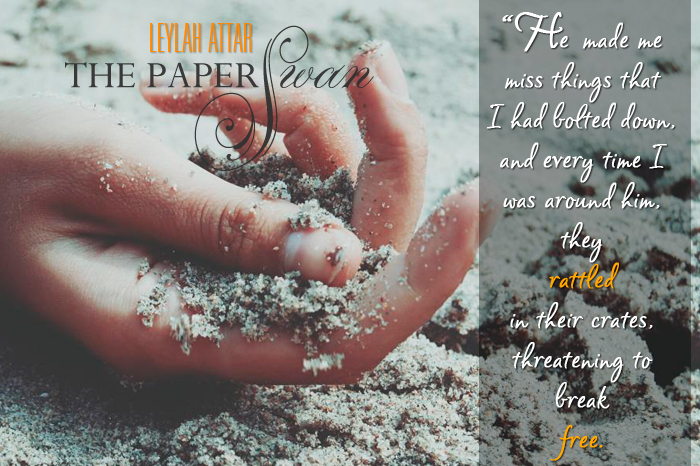 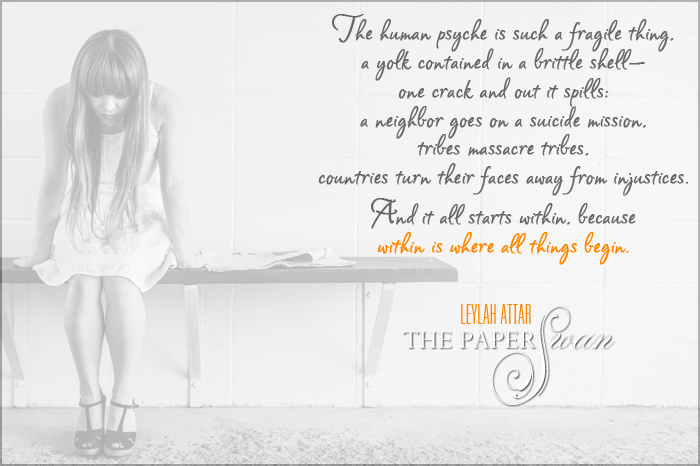 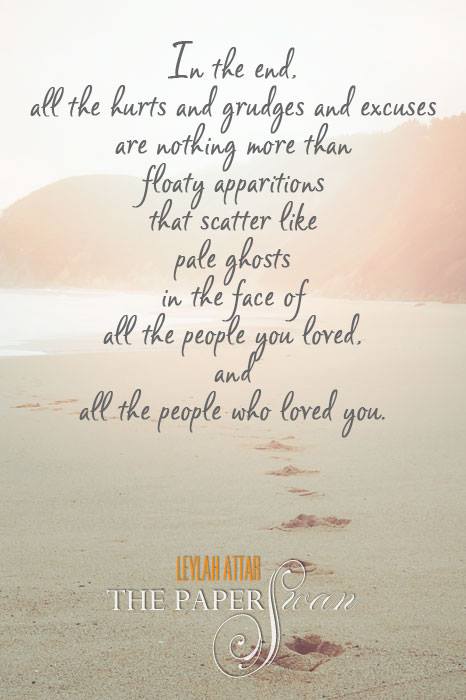 What inspired you to write this story? It’s so different from your debut novel, 53 Letters For My Lover.

The Paper Swan is definitely a darker and grittier read, but the inspiration is the same. I like playing the devil’s advocate. Can you root for someone whose actions you would never condone? Can you sympathize with characters that take you out of your comfort zone and make you wrestle with an impossible dilemma? In 53 Letters, I brought you face to face with a woman who is cheating on her husband. In The Paper Swan, it’s a kidnapper. I try to present both sides of the story and let the reader decide.

Your writing comes across as vivid and alive. There were many times when I felt myself completely immersed in a scene. Is there any particular approach to your writing?

My biggest challenge with The Paper Swan was the setting. I wanted it to be as authentic as possible so I spent the first few months immersed in research. I doubt if I will ever be able to forget the things I saw and read about the cartel, some of the Mexican prisons etc. At the same time, I enjoyed the lighter aspects – the food, the music, the culture, the beaches. I feel like it’s time to pack my flip-flops and head out that way!

I have a couple of ideas, but I’m taking a bit of breather before I start writing again. I like that down time, because good things happen when you stop pushing yourself and allow your mind some free time. You stop to smell the roses and get inspired again. 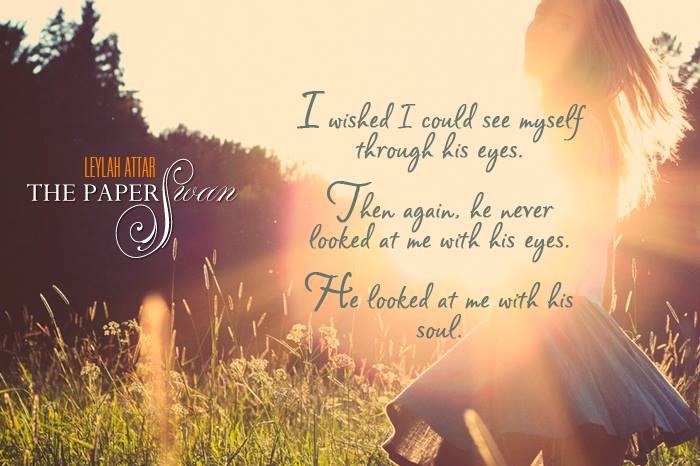 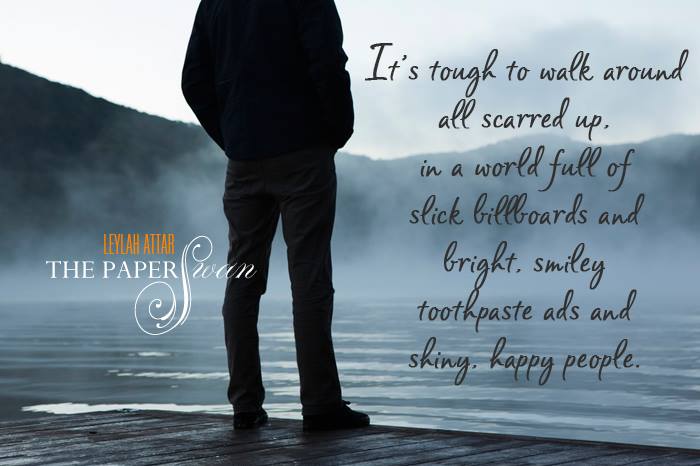 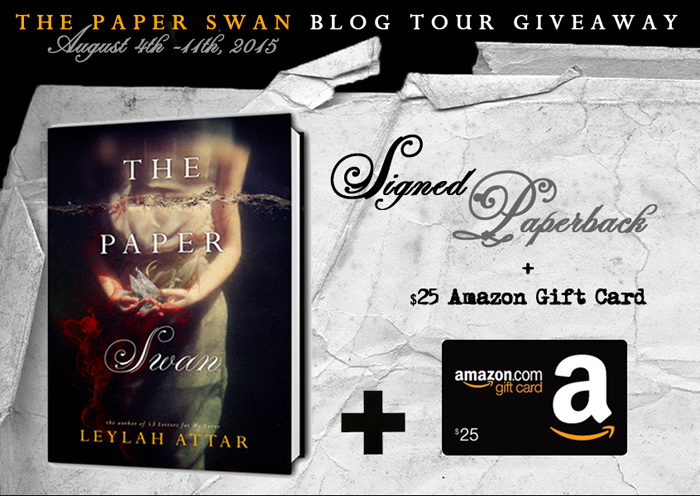 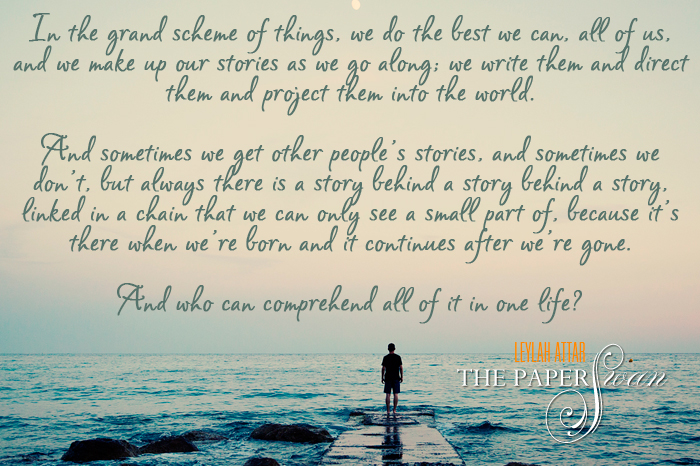 Leylah Attar is a New York Times, USA Today, and Wall Street Journal Best Selling author of contemporary romance and women’s fiction. She is the recipient of the 2017 Indie Reader Discovery Award for fiction. Her books, which include Mists of The Serengeti, The Paper Swan, 53 Letters for My Lover (#1) and From His Lips (a 53 Letters novella #1.5), have been published in nine languages.