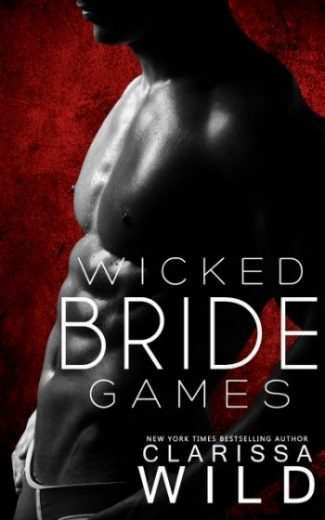 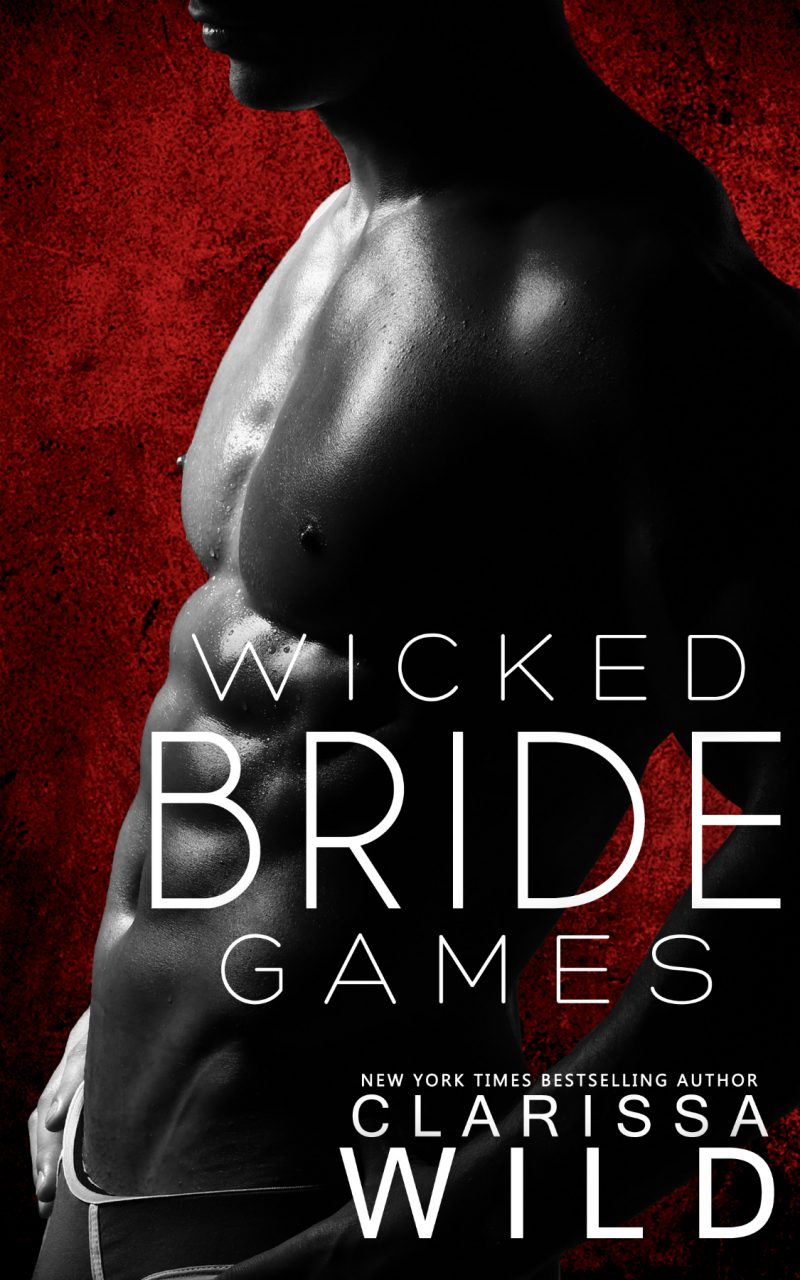 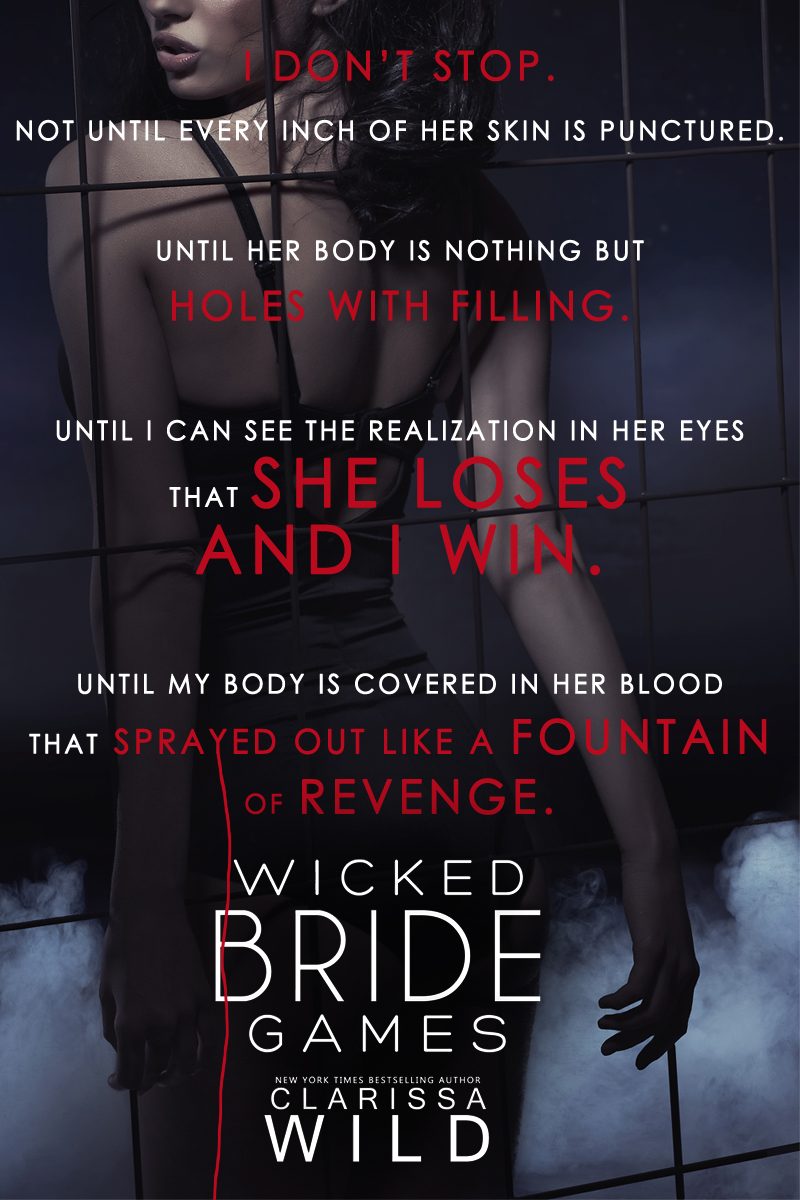 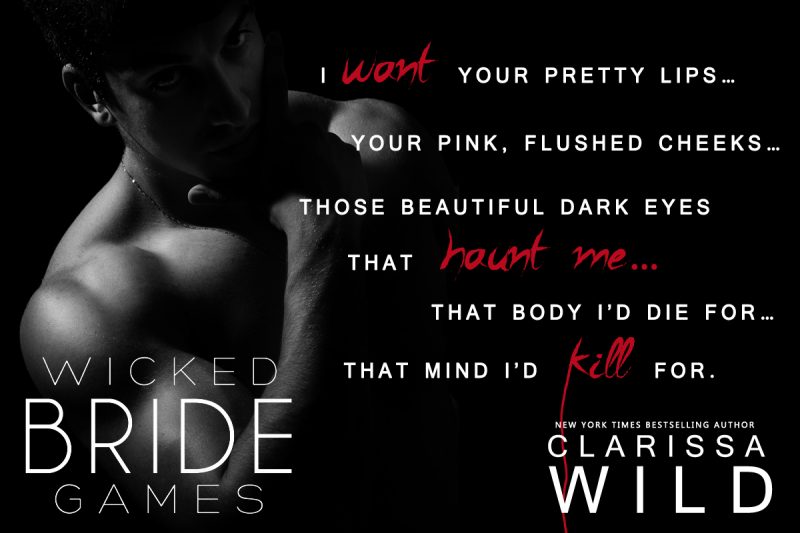 “This book was so freakin’ twisted and dark, confronting and sinfully delicious, I still can’t believe I just read what I did.”

“The writing style is so clever you almost feel like you are a spectator to a real life reality show with an ending that nobody will see coming.”

“This book had me from the start and I couldn’t put it down turning pages to see what would happen next. I loved every minute of this book.”

“it was scorching, hotter than the sun, melted panties hot”

“Will keep your little black heart glued to the pages until the very end.”

“I would recommend anyone who loves dark and gritty”

“Wicked Bride Games had my on the edge of my seat and biting my nails, devouring each word until the end!”

“Wicked Bride Games will keeping you guessing and turning the pages.”

“After reading Wicked Bride Games, I was ready for a cigarette (and I don’t smoke) and a therapist.” 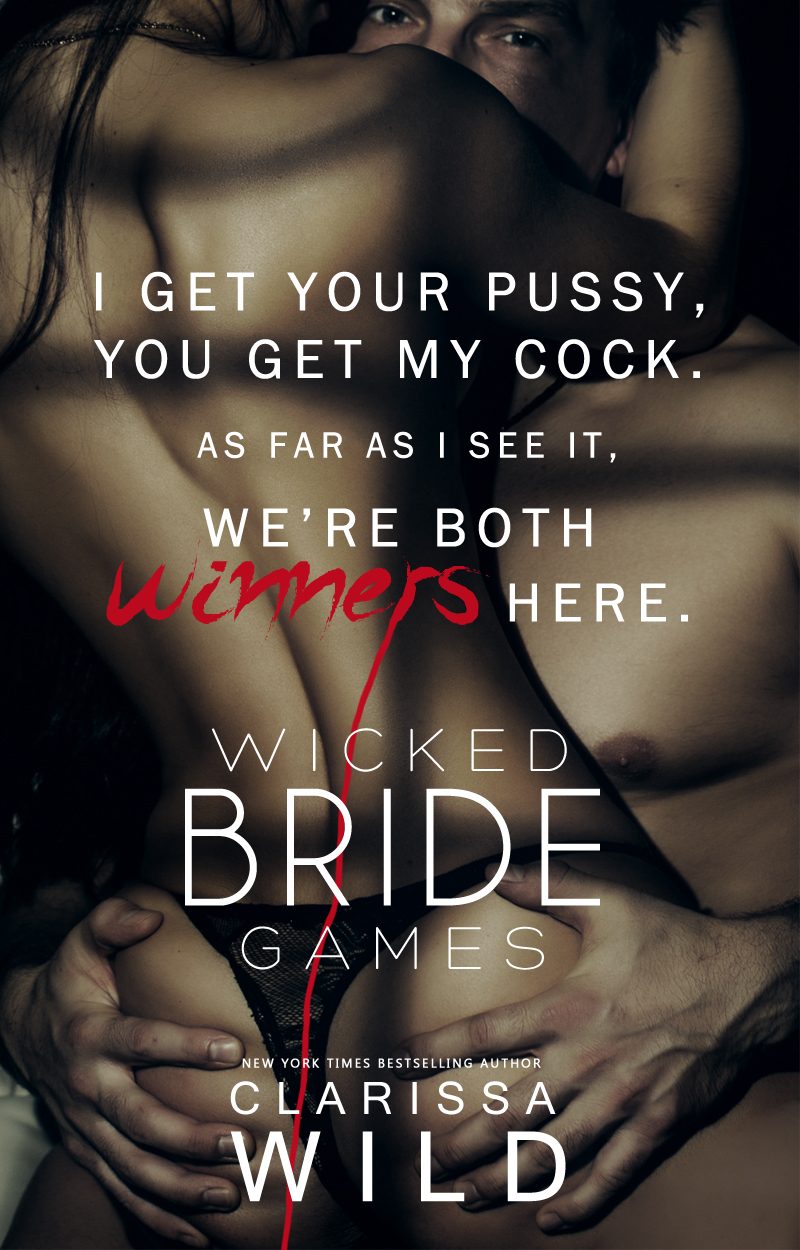 “Listen up, ladies,” Max says. “I know you must be confused, so let me explain what’s going to happen.”

I can feel the air thicken with angst.

It chokes me, even though it isn’t my fear I’m feeling. It’s the girls’ fear.

“Each of you signed a contract with one of us. You were picked because you are special. You are beautiful. You are smart. You are perfect. Which is exactly why we want you. Why you now belong to us. And it’s why we chose you for this game.”

Anthony lifts his finger and places it on his lips, silencing her without saying a single word.

“Our game. To win it, you must compete against each other. You will earn fifty million dollars if you win our game. The rules are simple. Entertain us in whatever way necessary, and you will win.”

“How?” I ask bluntly, not giving a shit whether I’m allowed to ask questions.

Max bites his lip. I don’t know why I see it, but I do. “By doing everything we desire. Whether it be serving us, massaging us—”

“Or undressing for us,” Anthony adds.

Devon grins. “Or being fucked in any orifice.”

“Do you mean …” Stacey mutters.

Asya, who’s standing beside me, grabs my hand and squeezes it tight. I want to shake her loose, but I know that’s not in my best interest now. It wouldn’t look good, and I will fucking look good if I have to fight these girls for the same prize.

“Yes, you heard that right,” Max muses, his eyes honing in on my face. “Sex. Anything goes. Anywhere. Any time. Any fucking thing that we want, you will do it.”

He takes a step into my direction, one foot ahead of the other as he broadens his shoulders, obviously trying to intimidate me.

“Do you want to get fifty million dollars? Earn it. Follow the rules.” I know he’s talking to all of the girls, but his eyes are on me. “Do not defy us. Do not deny us pleasure. Fail, and you will be eliminated, the contract nullified. That’s all. Any questions?”

I wonder in what sense.

Stacey raises her hand, and Max signals her to speak. “What are the rules exactly?” 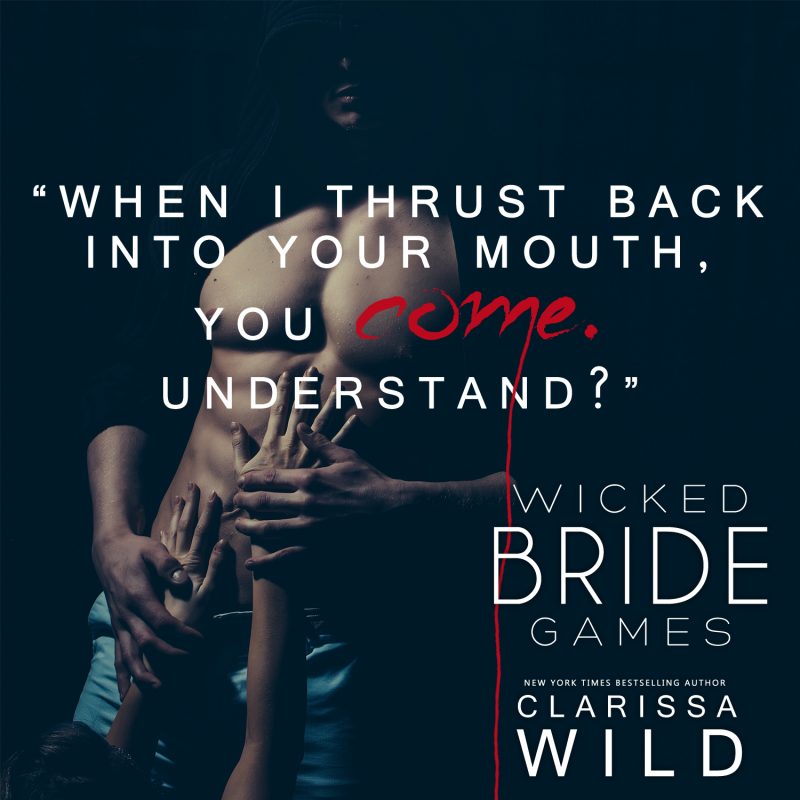 After being forced to marry a tyrant, Hyun Song flees his home in a desperate attempt to save what’s left of her dignity… and her life.

Now on her own, she tries her best to move on with her simple life. But she quickly realizes she can’t escape her past… and that she’s not alone…

He wants her badly, and when she finally lets him in …
It’s time for the wife to play a dirty game. 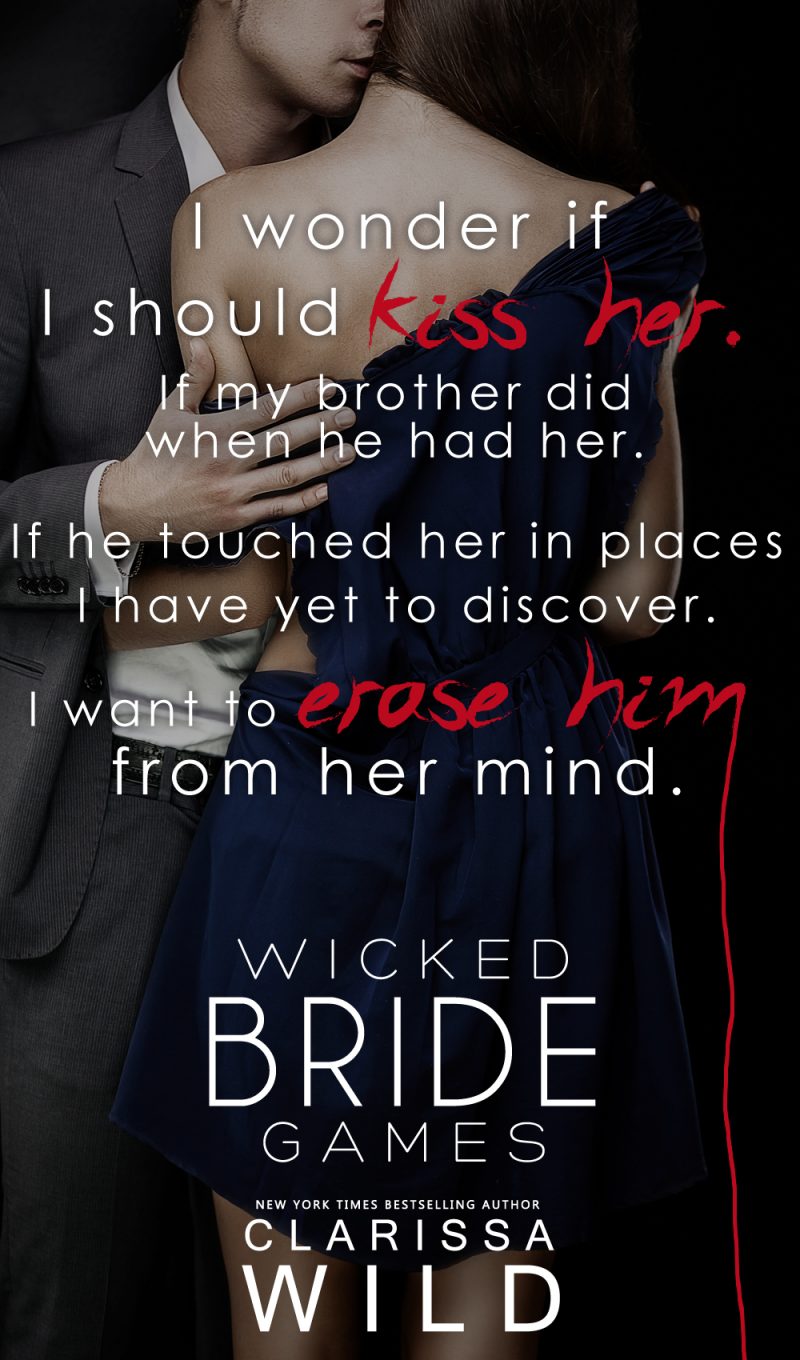 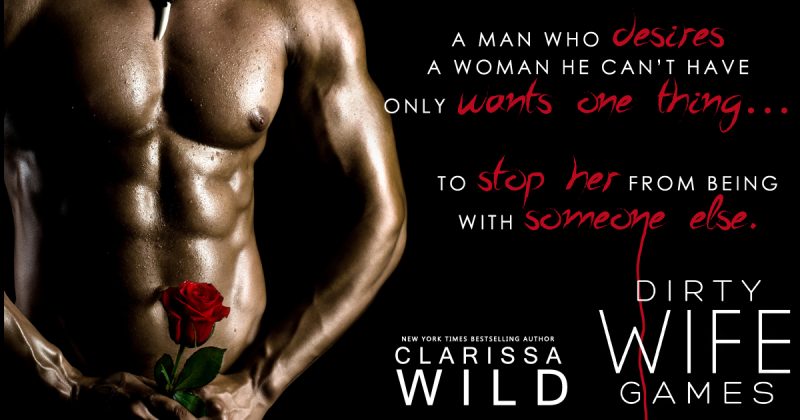 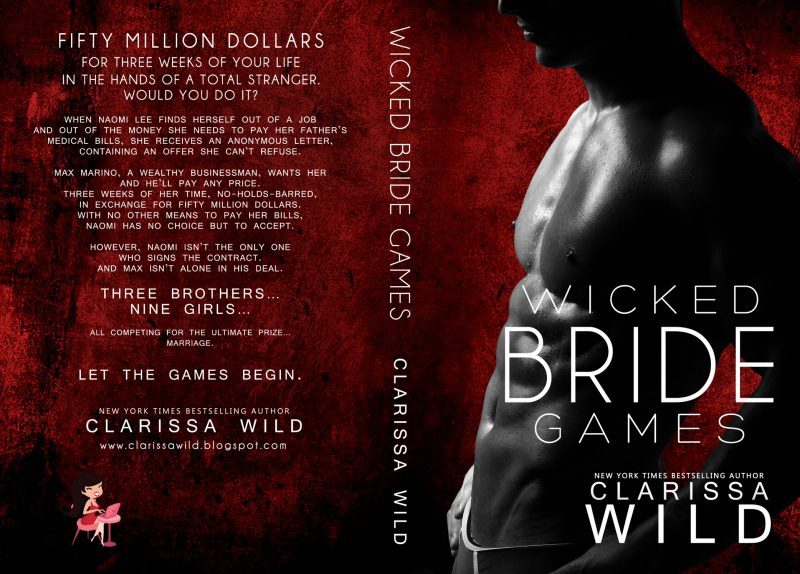 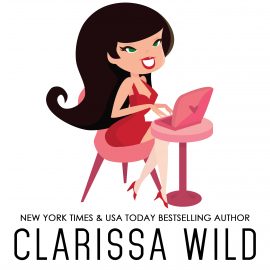