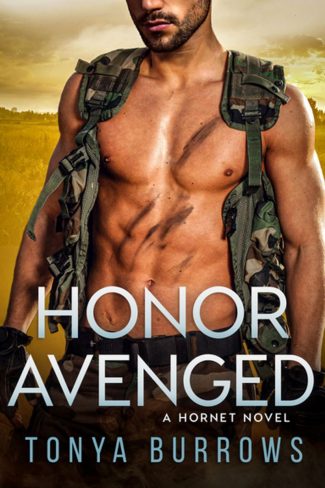 Leah Giancarelli makes balancing her new role as a single mom look easy, but she’d have crumbled if not for her late husband’s best friend, Marcus. She has her issues with HORNET, an elite hostage rescue team—after all, Danny would still be alive if he’d never accompanied them on their last mission—but Marcus has always been by her side, a strong shoulder to lean on…

Until, after one impulsive kiss, he’s so much more.

Eaten alive by guilt, Marcus takes off, leaving both HORNET and Leah behind. Alone is easier. Safer. Because his feelings for Leah are all kinds of wrong, the worst kind of betrayal, and he can’t trust himself not to act on them.

But Danny’s death was only the beginning. Whoever hired the hitman is looking for something, and they think Leah knows where it is... 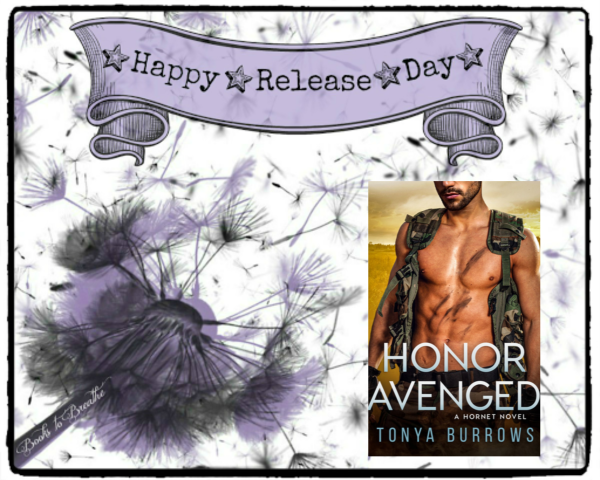 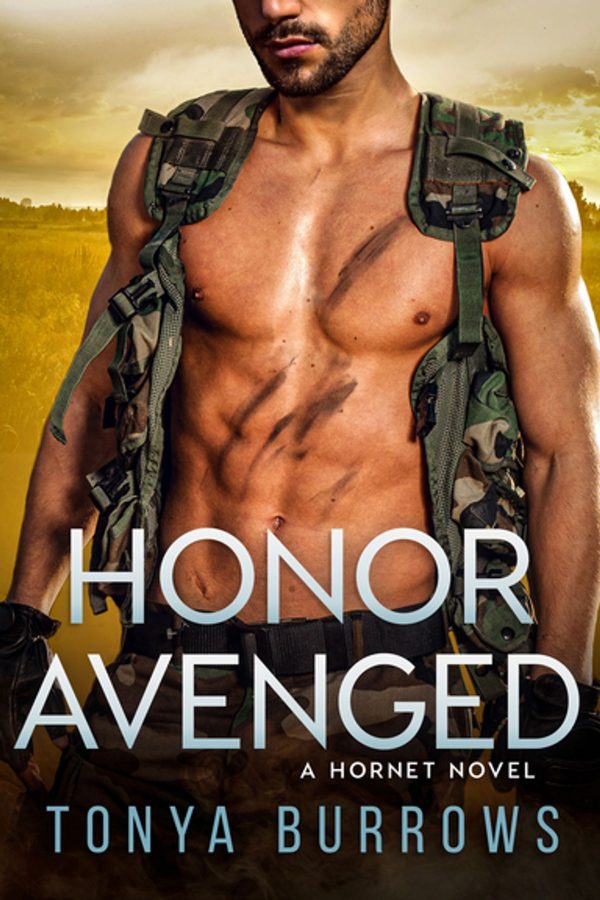 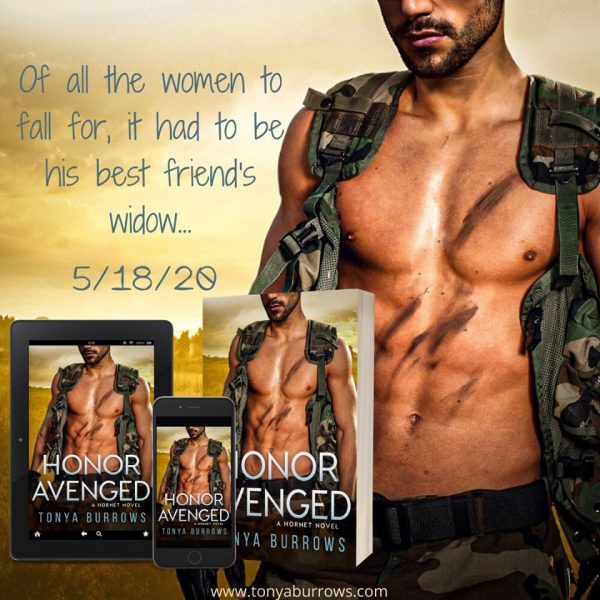 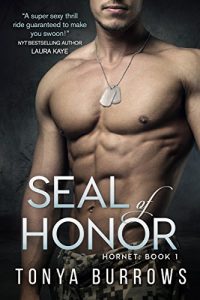 It’s a good thing Gabe Bristow lives and breathes the Navy SEAL credo, “the only easy day was yesterday,” because today, his life is unrecognizable. When his prestigious career comes to a crashing halt, he’s left with a bum leg and few prospects for employment that don’t include a desk.

That is, until he’s offered the chance to command a private hostage rescue team and free a wealthy American businessman from Colombian paramilitary rebels. It seems like a good deal—until he meets his new team: a drunk Cajun linguist, a boy-genius CIA threat analyst, an FBI negotiator with mob ties, a cowboy medic, and an EOD expert as volatile as the bombs he defuses. Oh, and who could forget the sexy, frustratingly impulsive Audrey Van Amee? She’s determined to help rescue her brother—or drive Gabe crazy. Whichever comes first.

As the death toll rises, Gabe’s team of delinquents must figure out how to work together long enough to save the day. Or, at least, not get themselves killed. Because Gabe’s finally found something worth living for, and God help him if he can’t bring her brother back alive. 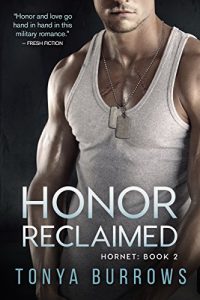 Former Marine sniper Seth Harlan is determined to prove that he can still do his job despite his ongoing battle with PTSD. When an old friend contacts HORNET to rescue a black ops soldier, Seth’s stability is strained. He knows all too well what it’s like to rot inside an enemy camp, praying for rescue and waiting for death. And he’s not about to leave a man behind.

Photojournalist Phoebe Leighton just stumbled into the middle of an arms deal. Teaming up with a ragtag team of mercenaries is the last thing she wants to do–especially when she realizes Seth Harlan is assigned to the mission. He may ignite a passion in her she thought long dead, but Phoebe’s hiding a secret that could destroy him.

With a bomb in the mix, HORNET’s mission is suddenly about a lot more than an abandoned soldier. Racing against the clock, Seth, Phoebe, and the rest of the team struggle to stop a ruthless warlord bent on power, revenge… and death. 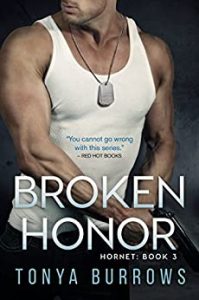 Ice-cold and unbreakable, Travis Quinn is the HORNET team’s hard-ass. No weaknesses. Except, of course, for the accident that not only destroyed his career as a Navy SEAL, but left terrifying blanks in his memory. But Travis remembers everything about Mara Escareno–the curve of her lips, the feel of her body…and how he walked out on her suddenly six weeks ago.

Mara could never resist the dangerously sexy Travis, which is probably how she ended up pregnant and disowned by her family. But before Travis can fully process the news, Mara is kidnapped by his enemies and plunged into the violent, merciless world of human trafficking. They want Travis–and the information locked within his damaged memory–no matter the cost. And now Travis’s enemies have discovered his only weakness… Mara. 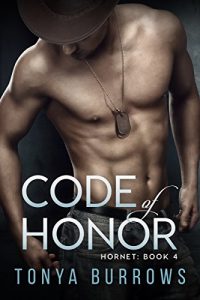 Jesse Warrick used to consider himself a kickass medic, but a teammate’s brush with death has him questioning everything. Now he’s been promoted to field commander of HORNET. How can he lead when he can’t get his shit together? And how can he focus when the sexy new recruit makes him want to break the rules?

Lanie Delcambre can’t seem to find solid footing within the elite hostage rescue team. Worse, the man she’s loved for most of her life is now her boss. She’d kill to act on the chemistry between her and Jesse, but she can’t risk ruining her career.

It was only supposed to be a training mission. No live ammo, no hostages, and no real bad guys—only someone didn’t give the bad guys that memo. When their hotel is taken hostage with half of HORNET inside, Jesse and Lanie are the team’s only hope of escaping alive… 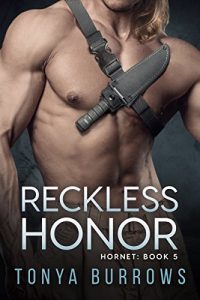 Jean-Luc Cavalier has only ever cared about three things: sex, booze, and the dangerous missions he undertakes with HORNET. Laissez les bons temps rouler is more than a Mardi Gras motto—it’s the way he lives his life. But all that changes the night he rescues Dr. Claire Oliver from deadly mercenaries.

Now he can’t get the gorgeous blond virologist out of his head.

Claire is running for her life. Someone wants her antiviral research and they’re willing to kill anyone and everyone to get it. She has no one to turn to except a womanizing Cajun with a silver tongue and devastating smile.

But when an ultra-deadly virus decimates the Niger Delta, saving Claire and her research becomes the least of HORNET’s concerns. The virus has all the markings of a bioweapon and Nigeria is only the testing grounds… 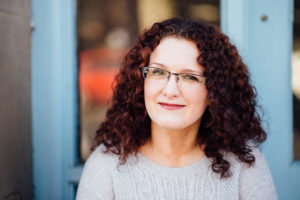 Tonya Burrows wrote her first romance at age 13 and hasn’t put down her pen since. Originally from a small town in Western New York, she suffers from a bad case of wanderlust and usually ends up moving someplace new every few years. As of now, she lives in the Pacific Northwest with The Boyfriend, a diva schnoodle, a plucky pug-mix, and #writercat.

When she’s not writing about hunky military heroes, Tonya can usually be found kayaking, hiking, or road tripping across the country. She also enjoys painting and B grade disaster movies.