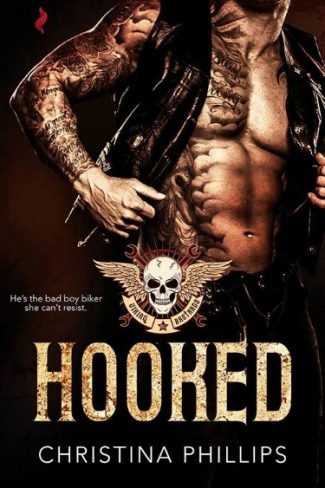 I like my sex dirty and disposable. I'm not into commitment or chicks who want more than one night. My brothers and club come first, second and last.

Until she walks into my life. Classy, rich and so out of my league it's crazy. A week together should get her out of my system, but this good girl is so bad when we're all alone and I can't get enough of her.

I don't do forever, but she's hooked me so bad I don't ever want to let her go. Except there's no way a princess can live in my world and I sure as hell won't live in hers... 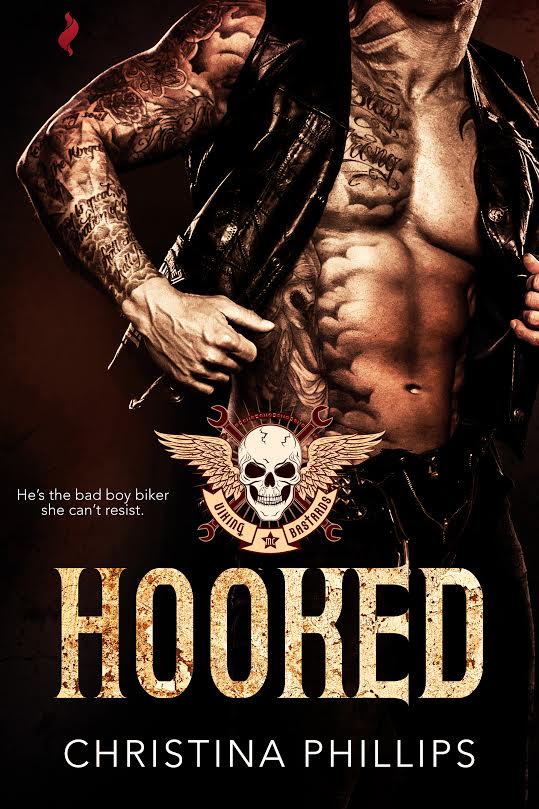 I pull her close, and she winds her arms around me, which makes me almost forget what I was about to say. “What you see is what you get with me.”

“Hmm,” she says as though she doesn’t believe a word. “Big, bad, tough guy on the outside. That’s okay, your secret’s safe with me.”

I snort with laughter. “No secret, Grace.” I like saying her name. “That’s me, inside and out.”

“Do you live far from here?”

With my arm still wrapped around her, I once again make for the door. “Nah. Just a couple of blocks. Won’t take long.”

“Can we pick my luggage up first?”

I pause, hand on doorknob. “Luggage?”

“Yes. From my car. You know, toothbrush and…stuff.” Her cheeks are pink and she gives a little shrug. “If I’m staying the night I need my things.”

“Sure.” My mind fills with the happy vision of Grace in my shower. I pull open the door, keen to get home and put that particular fantasy into action.

Tension vibrates from her as we walk back into the bar. I swagger across the room, ignoring the glances from my brothers and friends, and they soon get the message. Instead of catcalls and jeers, they go back to their business, and Grace gives a relieved sigh as the door swings shut behind us.

“At least it’s stopped raining.” She lowers her umbrella.

I glance across the street and there’s no mistaking which car she’s talking about. It’s a silver Mercedes coupe, and if I don’t warn my brothers the car’s off-limits, it’ll be picked clean by morning.

She opens the trunk and takes out an overnight case, then looks at me expectantly, as though she’s waiting for me to haul out the massive case that takes up the entire space. Is she leaving home or going on vacation?

It’s none of my business, and I don’t know why the question even enters my head.

“You need all this shit for one night?”

“No, but I need a change of clothes.” She frowns as though something’s just occurred to her. “Oh, you mean we’re walking to your house? I thought you’d have your car here. It doesn’t matter, I can make do.”

She goes to shut the trunk, and I hold it open. “I don’t have a car.” Seriously, is she really that clueless? Her surprised glance tells me that yeah, she really is. I haul her case out and slam the trunk.

“There’s really no need.” She waves a finger at her case. “I don’t expect you to carry it along the street. It’s too heavy.”

“The hell it is.” Even if the damn thing were full of bricks I wouldn’t back down now. “You better have some killer underwear in here as payback.” 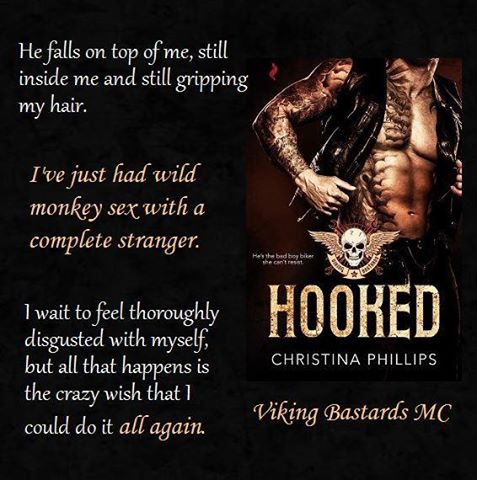 Christina is addicted to good coffee, expensive chocolate and bad boy heroes. She writes on the sizzling side of naughty, and loves bringing her tough biker heroes to their knees (her heroines enjoy this, too )

Christina is also owned by three gorgeous cats who are convinced the universe revolves around their needs. They are not wrong.