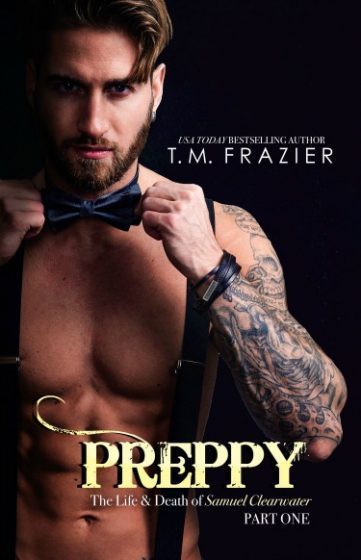 Title: Preppy: The Life & Death of Samuel Clearwater, Part One 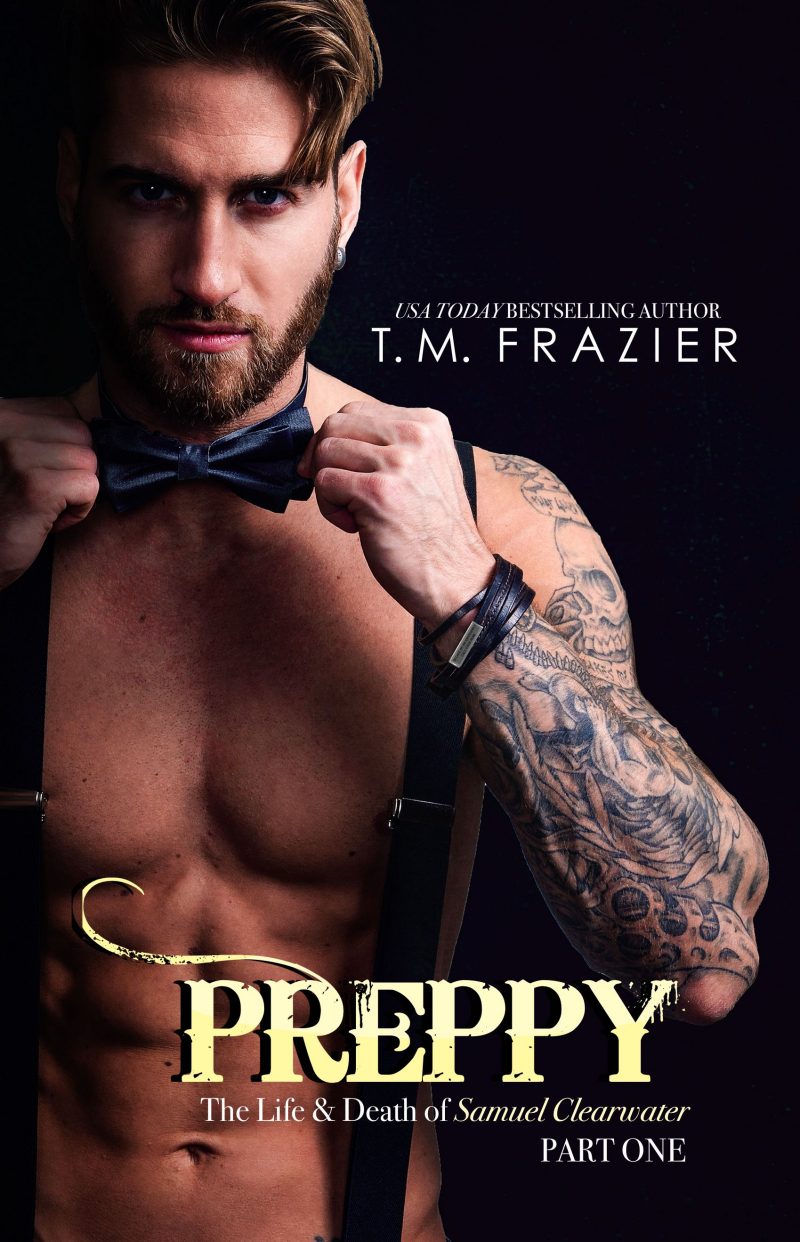 Find out why in Preppy by TM Frazier. 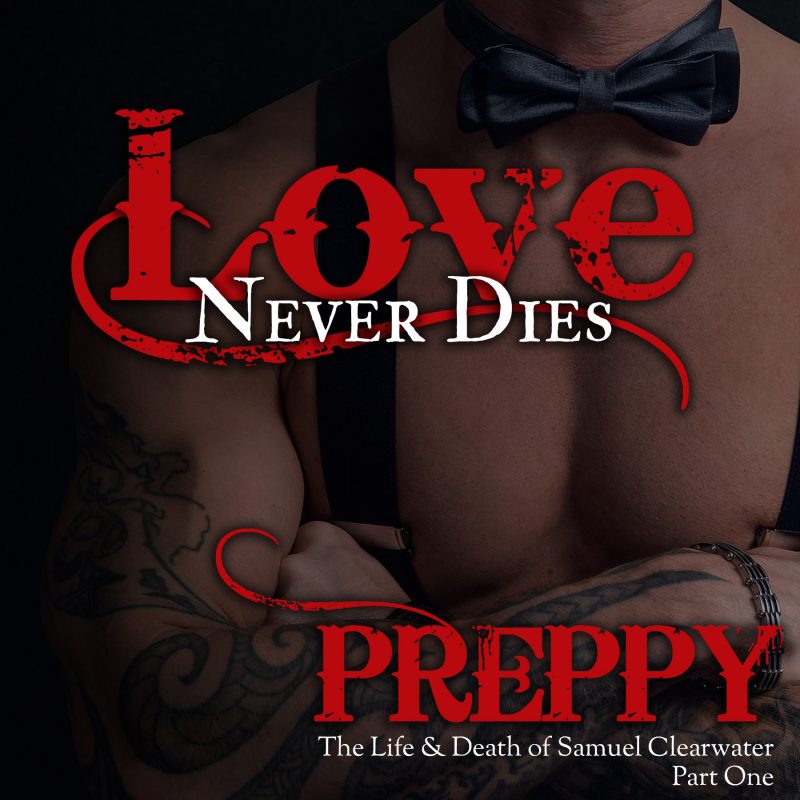 Tiny flashes of dim light spark in the darkened corners of my mind. Slowly, it turns from dusk to dawn, awakening my thoughts as the inner light grows brighter and brighter.

I hear a sound, a faucet running, and I realize it’s the blood rushing through my ears. When it reaches my heart I choke as it comes back to life like a bass drum. Boom. BaBOOM it beats, on and on, until it falls into a quick yet steady rhythm. The new life inside me grows louder, stronger, until death fades away and I awake on a gasp.

My eyes spring open. I try to take in air, but nothing happens. I try again and my lungs burn as they finally decide to cooperate. I can breathe, but it hurts like a son of a bitch.

My first thoughts shock the shit out of me. They’re of a girl. A sad looking girl with shiny black hair and huge dark eyes sitting on the edge of the water tower.

My heart falls out of rhythm, beating faster and faster until it’s thrumming against my chest like the vibration of a jackhammer.

Although my vision is blurry as shit, my thoughts of her are clearer than they’d ever been, and for the first time in my adult life, I’m fucking scared.

I don’t even need to see the big motherfucker standing over me with a baseball bat to know I am completely and totally fucked. 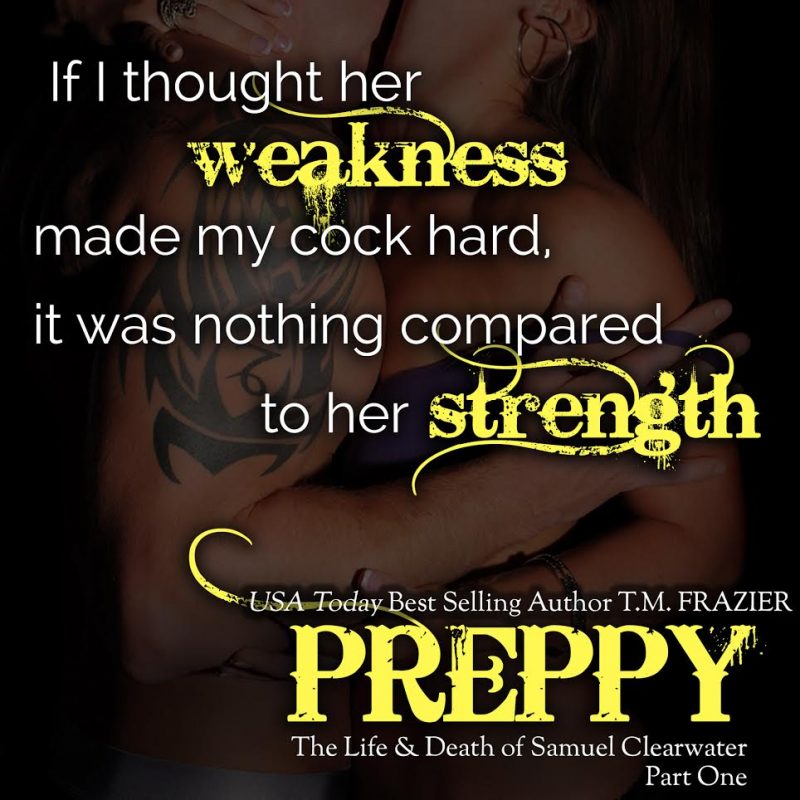 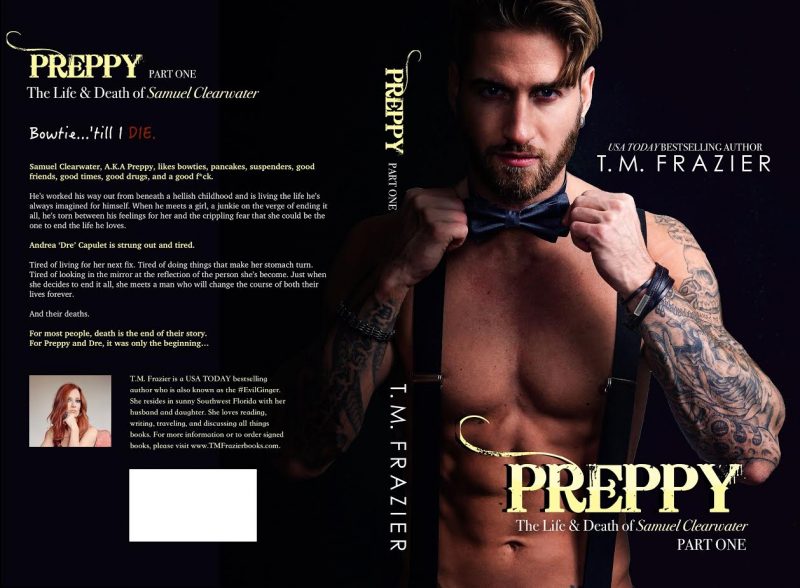 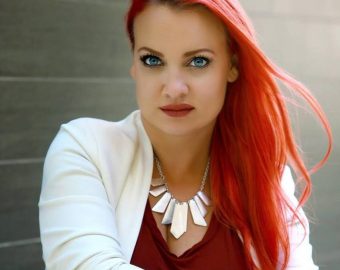