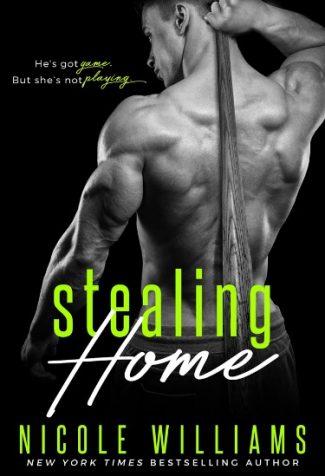 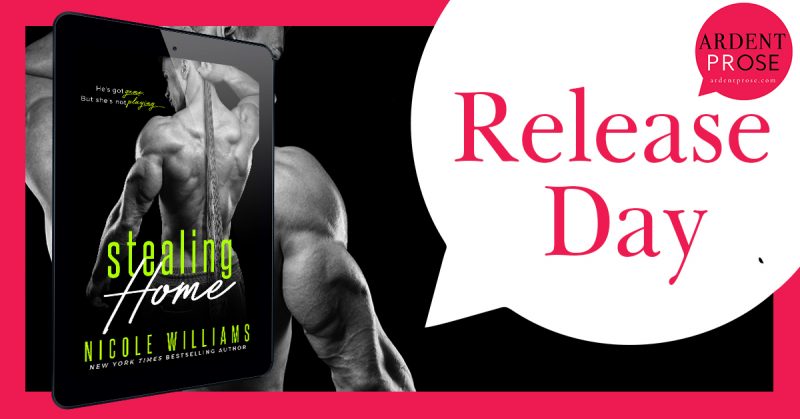 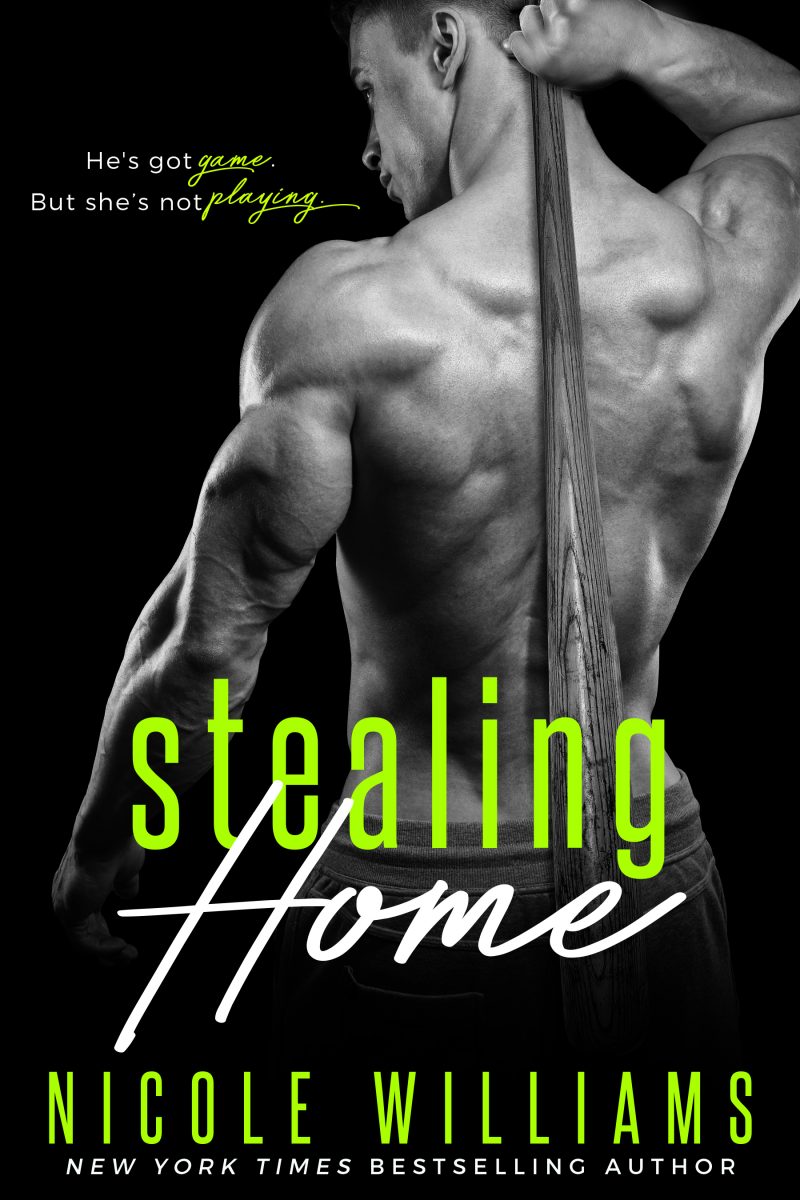 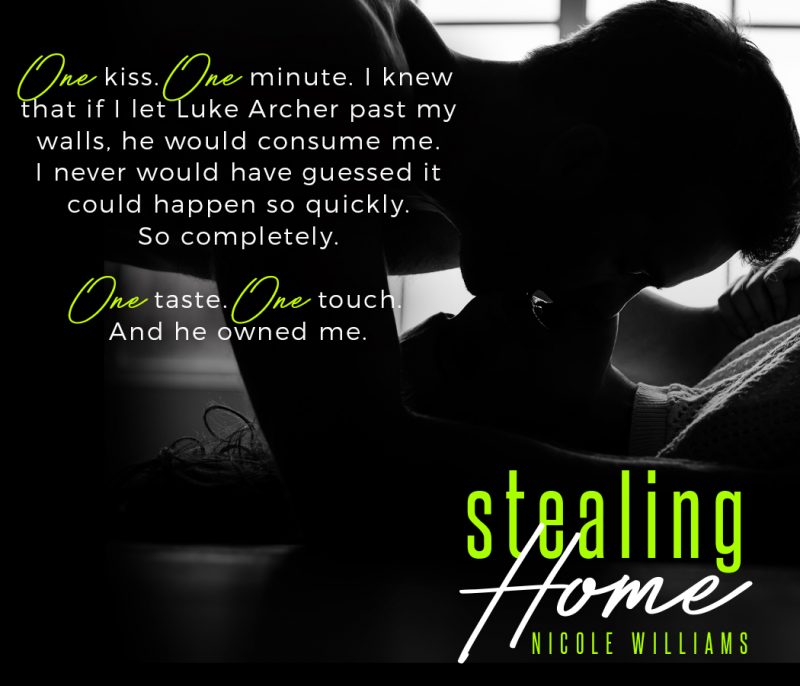 When the photographer announced he was going to commence shooting, I turned my head away, focusing on the space just over Archer’s shoulder. “You didn’t know I existed before last night,” I said quietly, so no one else in the room could hear.

“I’ve known you’ve existed from the first day you walked out onto the diamond at spring practice.” He was back to barely moving his lips, managing to hold a sexy-as-hell smirk as he stared at the camera.

“And why was last night the first time you ever said anything to me?”

His eyes darted my way for a moment. “Because you didn’t seem like the type who was open to mixing business with pleasure, and I respected that.”

“That’s why we’re in our present situation?” I glanced down at myself, where his jersey was floating a good foot above my knees. “Because you respected my policy on that topic?”

The corner of his mouth twitched, the lights of the camera flashing in his eyes. “Hey, even a patient man has his limits.” With that, the position of his bat moved so the end of it was nuzzled into my backside. Which meant his fist curled around it was all up in my butt’s business too.

The photographer whistled, I guess approving of whatever feedback he was getting on his end of the camera. “Every woman in America wants to be you right now, sweetheart.”

Archer grunted, his knuckles digging a little deeper into my ass. “More like every guy in America wants to be me right now.”

I did my best to stay still and, you know, keep from hyperventilating. The heat from the lights, combined with the heat spilling from his body, was stifling. With his cleats on and me being barefoot, Luke Archer seemed that much taller. With my petite body pressed up against his, his frame seemed that much more imposing. With his arms snug around me, I could feel the strength he possessed. It was the kind that was meant for power. The kind that told me he could do anything he wanted to me and I’d be helpless to stop it. It was thrilling at the same time it was terrifying.

A few minutes later, my heart still thudding so hard I prayed he couldn’t hear it, the skin between Archer’s brows creased. “When will the magazines go up for auction?”

“In two months. Don’t worry, we’ll send you one.” The photographer continued to snap photo after photo.

“Yeah, I’m going to need more than that.”

The crease deepened. I was trying to keep my head turned away from him, but my eyes weren’t so capable of the task.

“Eh, thirty? Maybe forty? Just enough for every wall in my apartment. Don’t worry, I’ll pay whatever the auction price winds up being.”

My forehead creased. “Every wall in your apartment?”

The way he said it, like it should have been obvious and required no explanation, made me smile. “Such a caveman.”

“If I was a caveman, I’d tell you where I’d rather have my name on you.” Archer’s fist pressed into my backside enough to smash me closer to him. “Tattooed on you so you couldn’t just take it off or wash it off.”

“Wow, okay, so I retract my former accusation in favor of labeling you some barbarian-Neanderthal-caveman hybrid.”

“Before you form any more unfavorable opinions of me, let me just remind you that I’m a baseball player.” When I arched a brow at him, he continued, “I’m good with my hands, know what to do with a big stick, and am used to getting dirty.”

I had to bite my lip to keep from smiling. I didn’t want him to think I found any of what he’d said endearing, even though I kind of did.

With my hand tucked behind his back, I pinched at his side. “Only in baseball is someone highly skilled if they hit one third of the balls thrown in their direction.”

His plastered on smolder fell when he shot me a wounded expression. “Sure Coach doesn’t have you around to keep our egos in check?”

“A pro baseball player’s ego? No amount of insults could keep that in check.” I felt my straight face falter as he threw me another injured look.

I nearly leapt through the ceiling when I felt him hard against me, but I recovered. Eventually.

“Everything okay?” the photographer asked, not sounding like he really cared.

Archer waited for me to answer.

“Thanks. I get that a lot.” Archer’s eyes were spilling amusement.

Grumbling under my breath, I did my best to stay cool and collected through the remainder of the shoot. I felt the opposite though.

After a minute, Archer must have noticed the frustrated look on my face. “Sorry,” he whispered.

“Sorry for what?” I asked. “That I’m wearing nothing but your jersey? That I somehow wound up in this photo shoot when I had no idea I’d be posing for Sports Anonymous with Luke Archer? Or are you sorry for your erection you clearly can’t control when I’m stuck sandwiched between you and a baseball bat?”

Archer lowered his head so his mouth was beside my ear. “I’m sorry if my ‘erection’ makes you uncomfortable.”

“But not sorry because you have one, right?”

His head shook slowly. “No, not sorry for that.”

When he shrugged, the band of muscle beneath his chest moved against my hand. “At least now you know.”

“At least now I know what?”

I blew out a breath. “Yeah, I have a really good idea how you feel. Thanks for clearing it up.”

The harder Archer fought his smile, the more pronounced his dimple became. The auction price for these issues just spiked a grand or two. The children’s hospital could thank me later.

“You know how this game works. I know how.” He paused, letting that settle in the space between us. “You just have to decide if you want to play.”

“Because you have decided?”

His bat pressed deeper into my back, drawing me impossibly closer to his body. His arousal settled hard into the side of my stomach. “Doc, I’m already playing.” 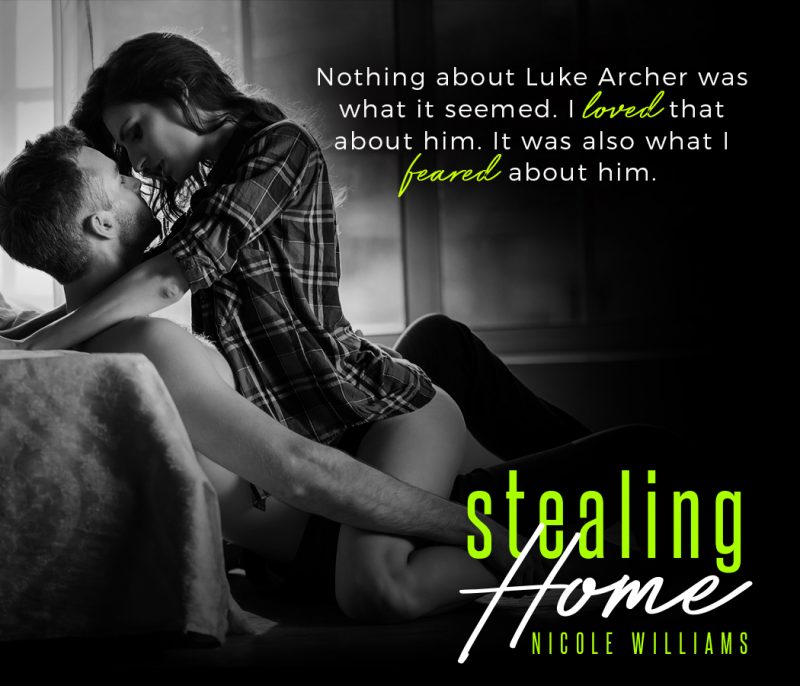