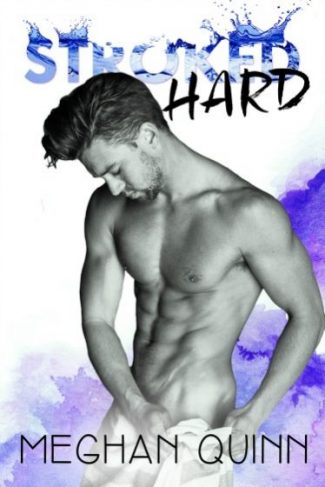 Did I mention his body?

I want to keep things light but he won’t leave me alone.
And hell, if he’s not wearing me thin.

What is supposed to be a simple summer fling with a very hot man, has now morphed into a f*cked-up mess of feelings, attachment, and dare I say it... love.

But I don’t do relationships. And Hollis Knightly does. 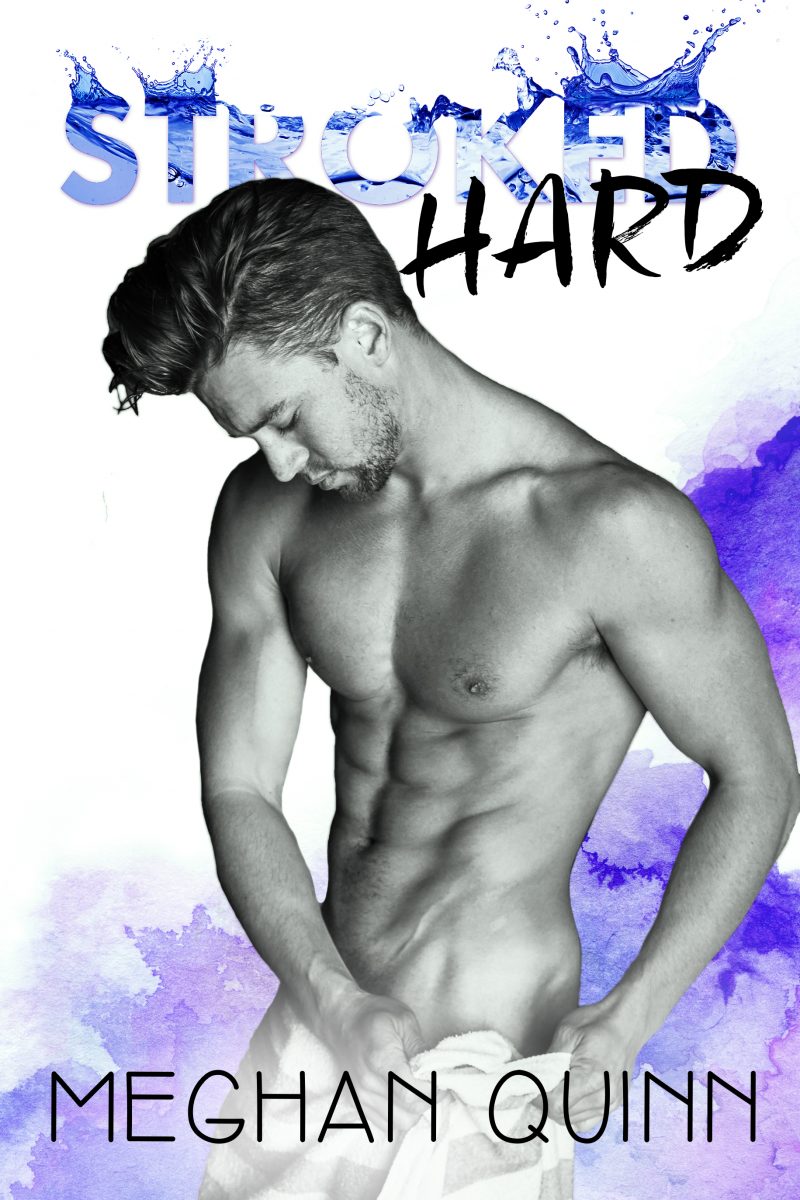 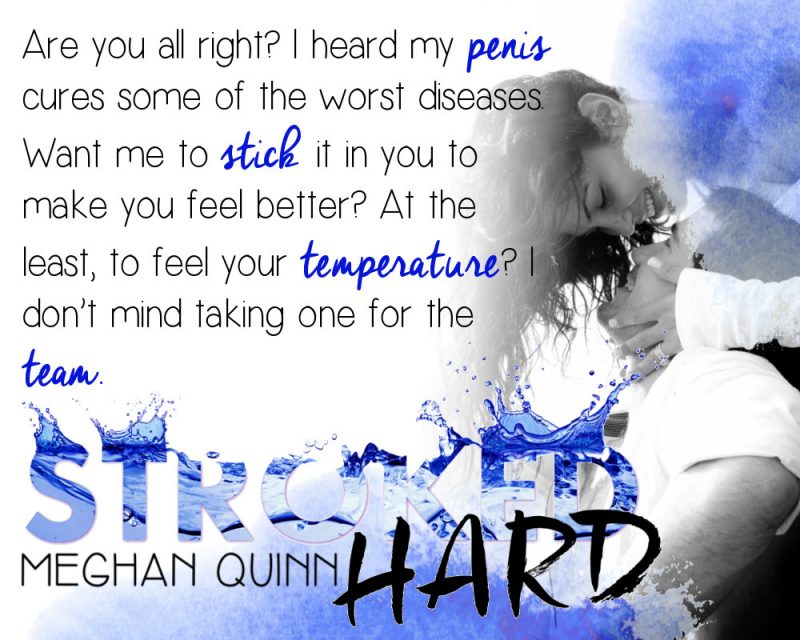 A joke about Reese getting his makeup done is on the tip of my tongue when I turn to see a little brunette with sun-kissed hair, beautifully bronzed skin, and the biggest fucking green eyes I’ve ever seen standing behind Reese.

The hottest fucking woman I’ve ever seen is standing behind him wearing ripped jean shorts, a tight-as-hell white tank top, and teal Converse. Her hair is shoulder length, wavy, and looks so fucking soft that all I want to do is bury my head in it. But what’s really causing my pants to grow tighter by the minute are her pink-glossed plump lips. I’m mesmerized by the way the lights bounce off them and I can’t fucking help the way my mind wanders, wondering all the ways I can have fun with those lips.

“Are you coming, man?” Reese asks as he walks away.

“Sure. You need me to hold your hand like last time?” I ask, chasing after them. “I don’t mind, but when the scary blow dryer comes at you again, I won’t be cleaning your inner thighs again from pee dribble. I did it once and it was fucking creepy. Never again.”

I don’t get a response besides the middle finger directed at me from behind his back.

Reese sits in a black chair, his large body making the poor seat look like a toothpick. He exhales and slouches as Miss Pouty Lips starts to play around with his hair.

Jealousy instantly consumes me. I want to blast my best friend from his seat and take his place just to experience the feel of her pink painted nails running through my hair.

Are her toes painted pink as well? Or does she have them painted a different shade? Fuck, I don’t care, either way I’m hell-bent on figuring it out.

“Do you have dryland later today or do you want to grab dinner?” Reese asks, pulling my eyes off her fingers for a second.

I shrug. “I save my money for more important things, like dates.” The girl looks up at me and gives me a courtesy smile. Eh, I’ll take it. “Dude, you’re so fucking rude.”

“Uh, you didn’t introduce me to your friend.” I nod at the girl.

“Because I don’t even know her name.” Reese looks a little ashamed as he admits his fault.

I come closer and say, “Then you are fucking rude.” I hold my hand out. “Hi, I’m Hollis and this is my rude as fuck friend, Reese.”

The girl shakes my hand quickly, giving me a brief taste of how her palm would match up with mine. “Melony. Nice to meet you.”

“Melony, what a beautiful name.”

Reese snorts, right between us. Not in an awkward kind of a way, more in a dude’s blowing up my game kind of way.

He sits back in his chair and crosses his arms over his chest. “Oh shit, this is going to be good.”

Ignoring him, I keep my attention focused on Melony. “Do you frequent these shoots often?”

Another snort. “That’s the best you got?” Reese asks. “Come on, man. You’re better than the old ‘you come around here often’ pick-up line.”

He’s right, but fuck, I’m kind of thrown off my game a little. It’s the glossiness of her lips; they’re distracting me. Would that gloss help her slide right along my dick?

Melony ignores Reese’s barb and says, “I do all hair and makeup for the show, mostly for Bellini.”

“Oh shit, and you haven’t been burnt by dragon lady’s spitting fire yet?”

She flips her hair to the side and grins at me. “Why do you think my hair is short?”

Fuck. I like her. Just like that. The sexy grin, the flip of her soft hair, the mischief in her eyes. Yup, I’m a fucking goner.

But just as soon as the words slip from her mouth, she straightens up and looks at Reese. “Oh crap. I didn’t mean that. I’m sorry, Mr. King. Bellini is . . .” she swallows hard and continues, “a nice lady.”

Reese waves it off. “She can be a bitch.”

It’s all he says but I know what he really means. Bellini is the epitome of the devil reincarnated. Unfortunately, given his situation, he has to be politically correct. Frankly I don’t know why he’s putting himself through this kind of torture. Trials aren’t for six months; you would think his publicist could come up with something else for him to do after his last stint at the Olympics. If I were him, I would fire my publicist’s ass.

“Reese, can you spare a moment over here for a second?” a squirrely man I know by the name of Jasper asks. Reese excuses himself giving me the perfect opportunity to talk with Melony.

She’s washing some makeup brushes, busying herself and staying as far away from me as possible. Too bad for her, I have other plans.

“Where are you from, Melony?” She glances in my direction but turns back to her brushes.

“I’m going to stop you right there.” She holds her hand up. “I see where this is going.”

“And where is this going?” I ask, stepping closer to her.

She gives me the once-over and puts her hand on her hip. “You say some cheesy stuff trying to get to know me. To be polite, I’ll entertain you and then you’ll ask me out. I’ll say no and then you’ll take that as a challenge.”

I scrunch my nose. “You would say no?” That’s kind of a first for me, so I’m interested to hear her answer.

“Not used to the word? Does the Olympic diver always get what he wants?”

“Ah, so you know who I am.” I knowingly point at her. “I knew you did from the way you tried to see through my shirt. Don’t worry, sweetheart, the abs everyone talks about are real.”

Well, that’s a first as well.

“Are you trying to make me cry?” I tease.

Rolling her eyes, she steps away, putting unwanted distance between us. “Seriously, not going to happen, Hollis, so pack up your pick-up lines and take them somewhere else.”

“Wow.” I rest my hip against one of the tables full of beauty shit and cross my arms over my chest. “Flatter yourself much? Who says I was even trying to pick you up? What if I was just trying to be nice? That’s kind of embarrassing for you, assuming such a thing.”

Growing irritated, I ask, “And why not?”

“Because.” She points a makeup brush at me. “You’re not my type and I have zero interest in pursuing a relationship with you.” With that, she fucking wags her pert little ass away from me.

Well, fuck me. That didn’t go as planned. 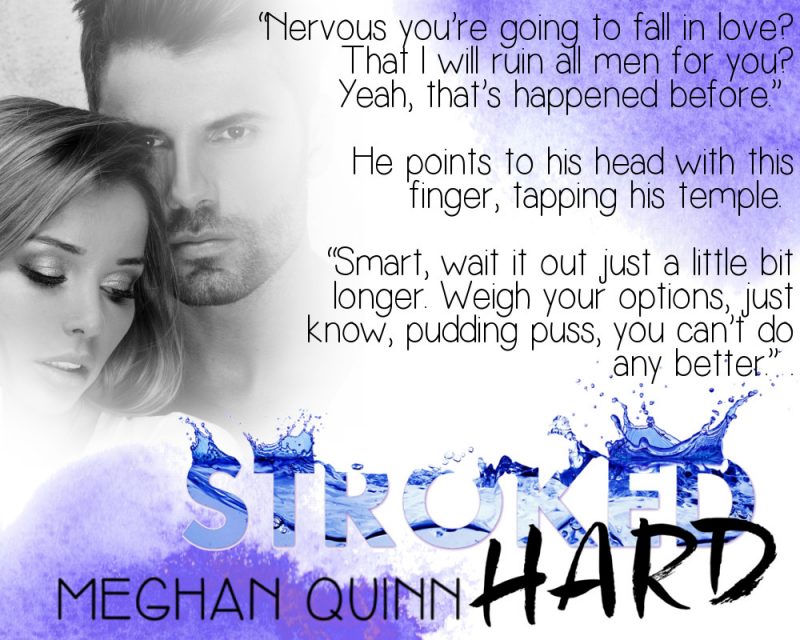 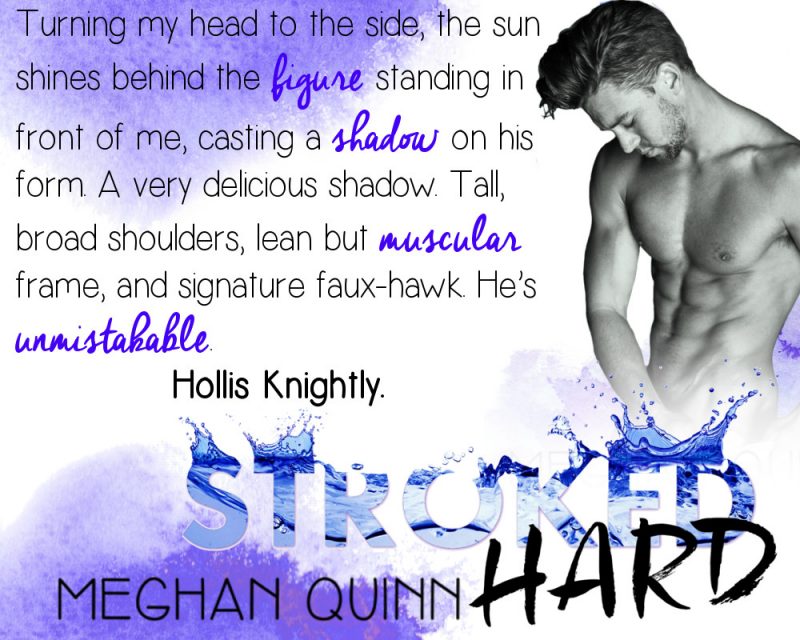 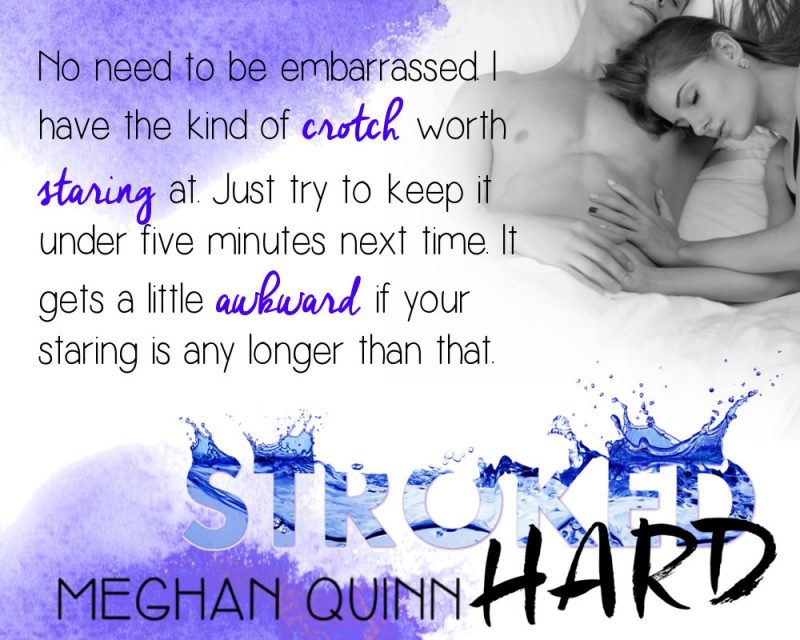 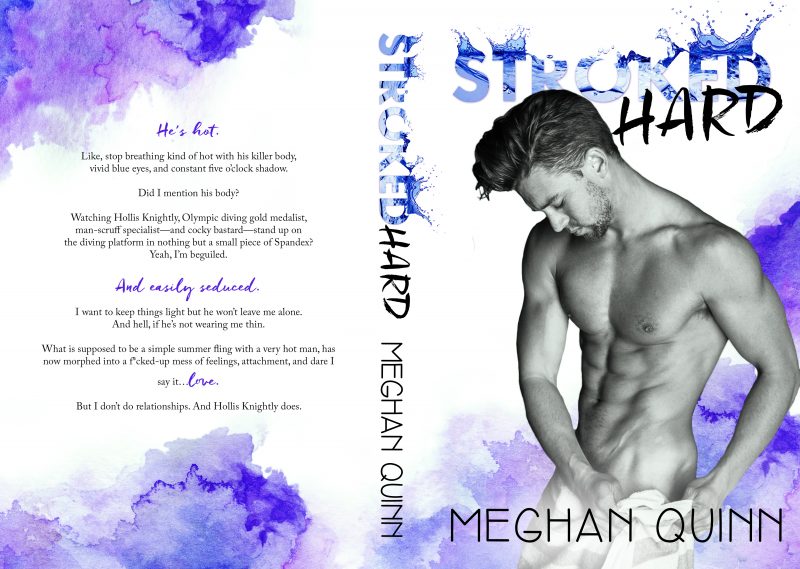 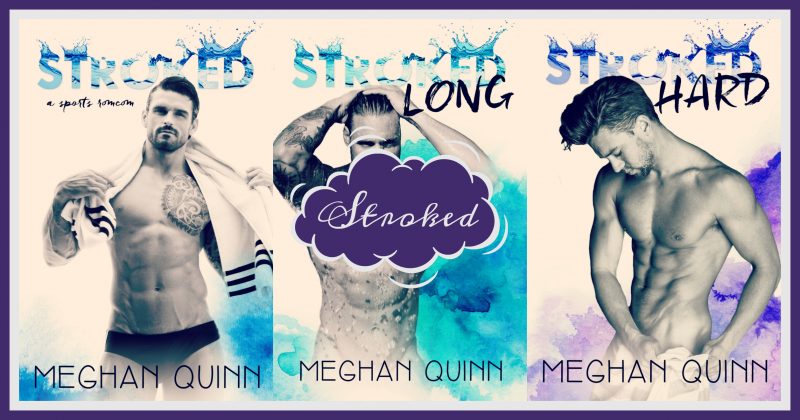 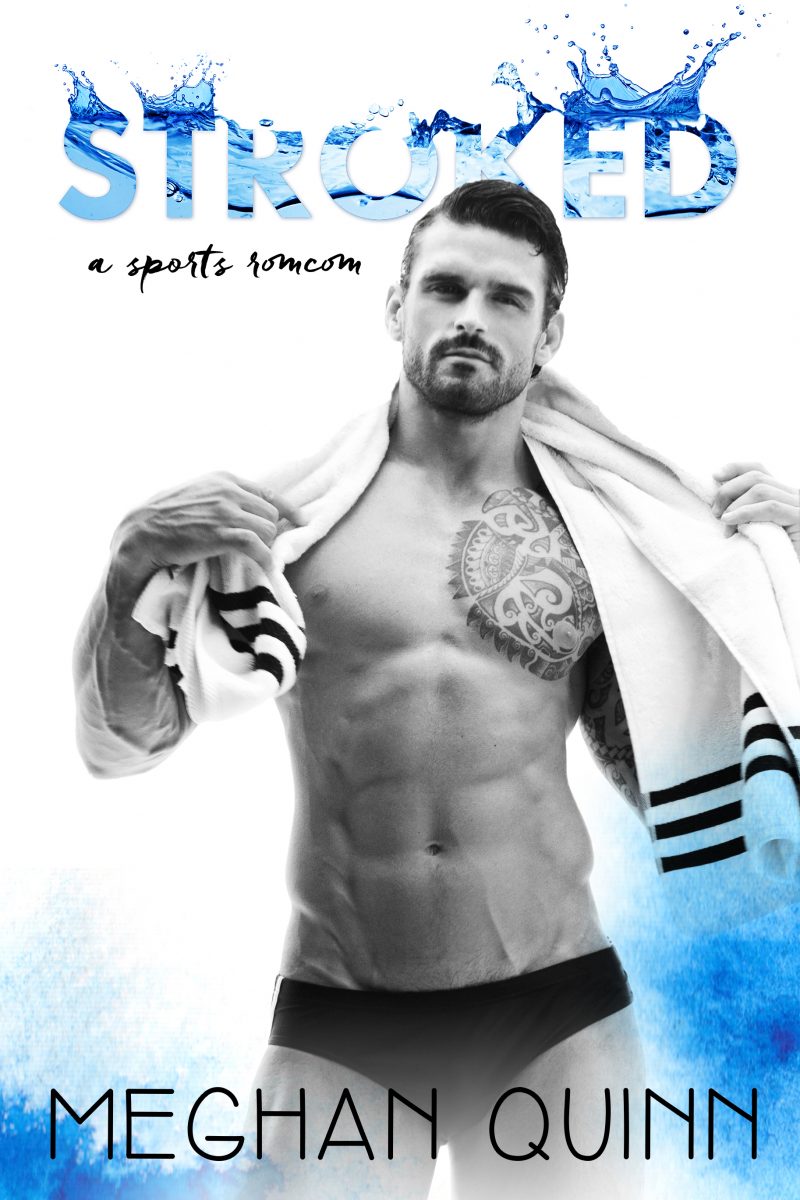 His body is chiseled from rock, sculpted by the weight room, and refined by water.

On a daily basis his skin is completely bare for everyone to see, tan and defined, only covered up by a minuscule piece of spandex. There is no denying his sex appeal.

I hate to admit it, but I’m head over heels infatuated with him.

There is one HUGE problem though. His achingly gorgeous abs, inked up arm, and cocky swagger belong to my boss, the high-profile, reality star bitch from hell and certified heinous human being, Bellini Chambers.

What I think is going to be an easy job assisting a glorified wench turns into a cluster f*ck of epic proportions. 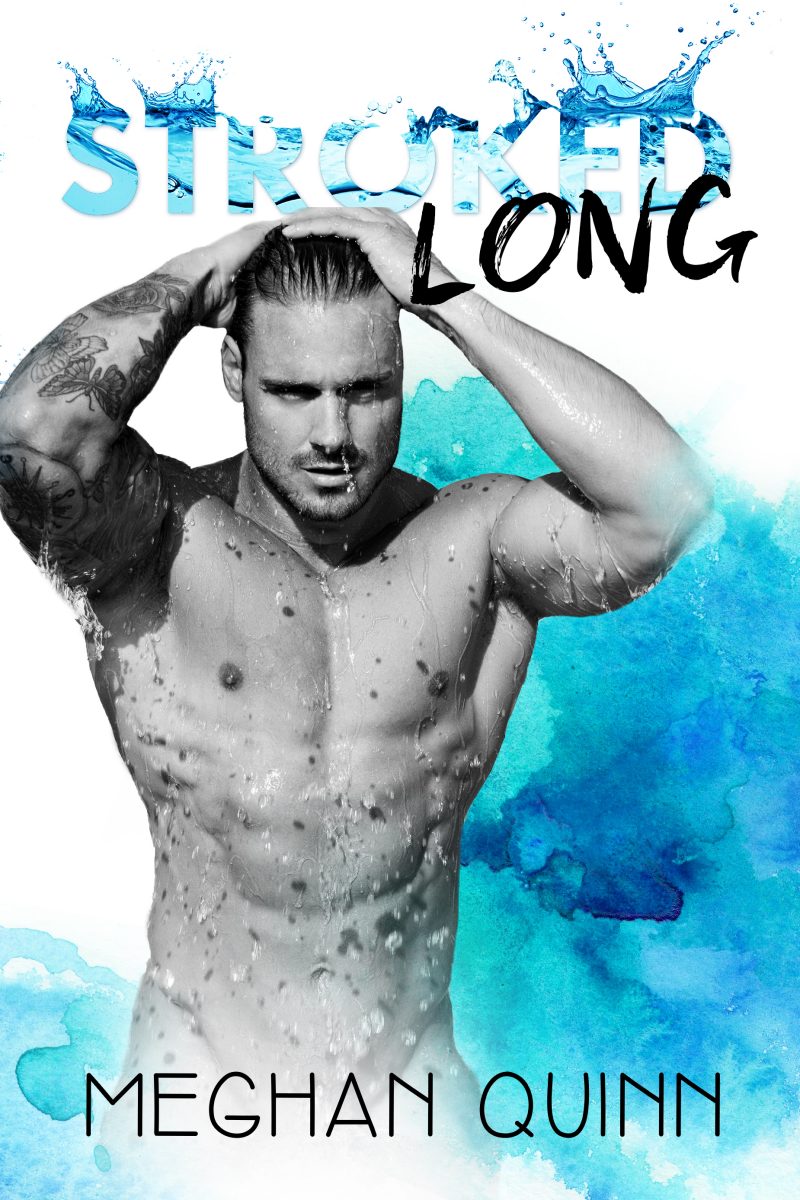 From his dirty-blond hair and breathtaking smile, to the abs from heaven and the irresistible V in his waistline, everything about Bodi Olympic-gold-medalist Banks screams hot piece of @$$.

How can running an art foundation with Bodi Banks turns into a slow-burning, epic romance, even though he tries to push me away at every chance? How can I stay away from a broken, routine-driven man whose soul cries to be forgiven for a crime only he believes he committed? Or is that a lie? 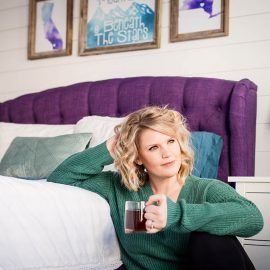