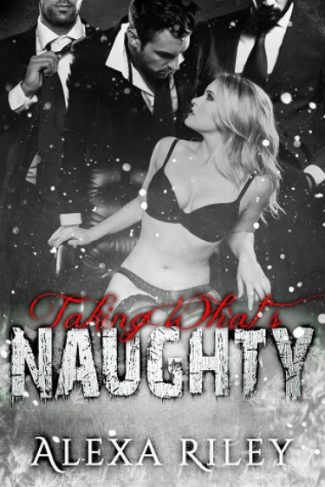 Damon, Remy, and Kellan have had their eyes on Leila from the day she started working at their law firm.

Leila's been playing hard to get, and they're not having it. It's the night of the company Christmas party, and they've decided to take matters into their own hands.

Obsession has taken over, and forcing Leila to accept the three of them is the only way to get what they desire.

This book contains forced submission and dubious consent. These themes aren’t for everyone, so proceed with caution. If you like your smut at the edge of safe, this filthy story has your name on it! 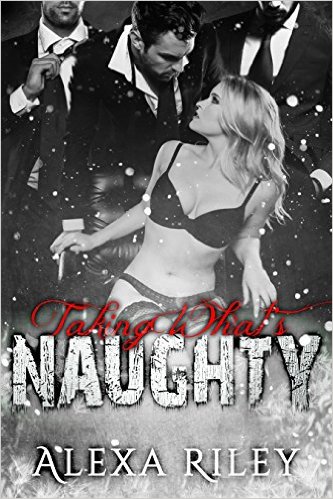 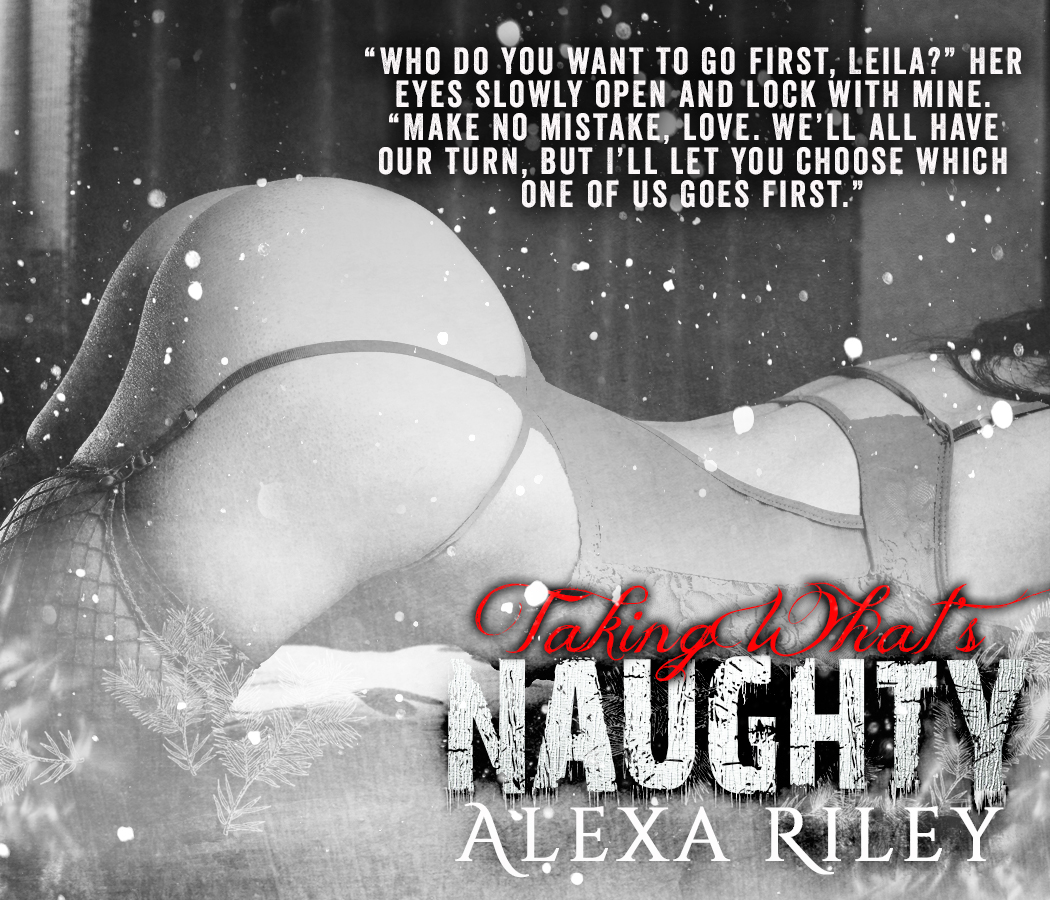 “She may be trying to say she doesn’t like it, but her pussy disagrees with her words. Her sweet kitty is dripping for us. Isn’t that right, Leila?”

I watch as her pussy clenches yet again, and I smile. Oh, our sweet little love is dirty.

“I’ve gotta let it go. It’s too fucking good seeing her like this. I need to get in her.” Remy speeds up his strokes, not waiting any longer.

Both men sit back, trying to catch their breath after using her body for their pleasure. Standing, I lock eyes with Leila as I slowly unbutton my shirt and remove it. I take off my shoes and slacks next, then remove my boxer briefs slowly. Her eyes travel up and down my naked body and then move to Remy and Kellan. She’s looking over three big naked men and no doubt wondering how she’s going to take us all. She’ll take us. We’ll make damn sure of that.

“You remember how I told you guys she was ovulating?” Kellan and Remy smile wickedly, and Leila’s eyes nearly bulge out of her head. “I found out another secret our little secretary was keeping from us.” Leila starts to shake her head as I climb onto the end of the big bed, kneel between her open legs, and put my hand on the inside of thigh. “Turns out our fiery redhead has a gift for us.”

“Fuck, don’t say it,” Remy says as he strokes his still-hard cock. Kellan moans and I lock eyes with Leila.

“Oh yes, she’s still cherry fresh, and tonight Leila’s going to give it to the three of us.” 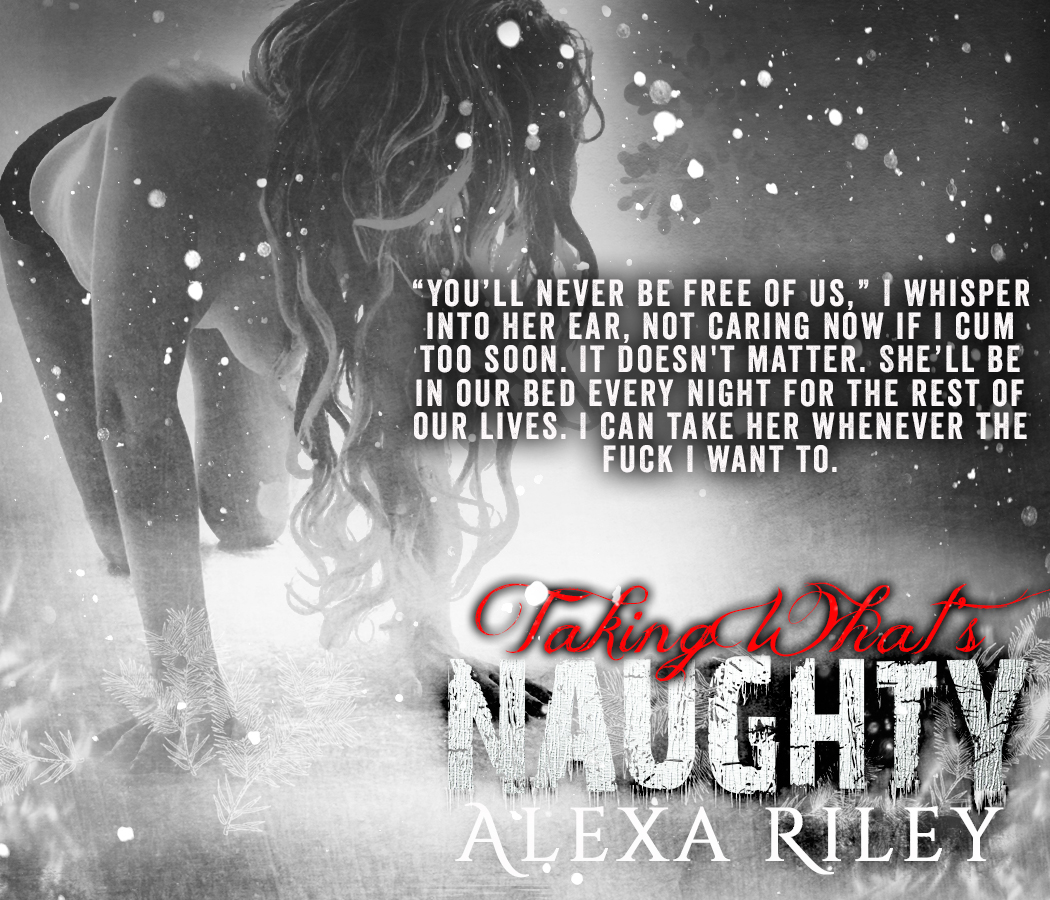 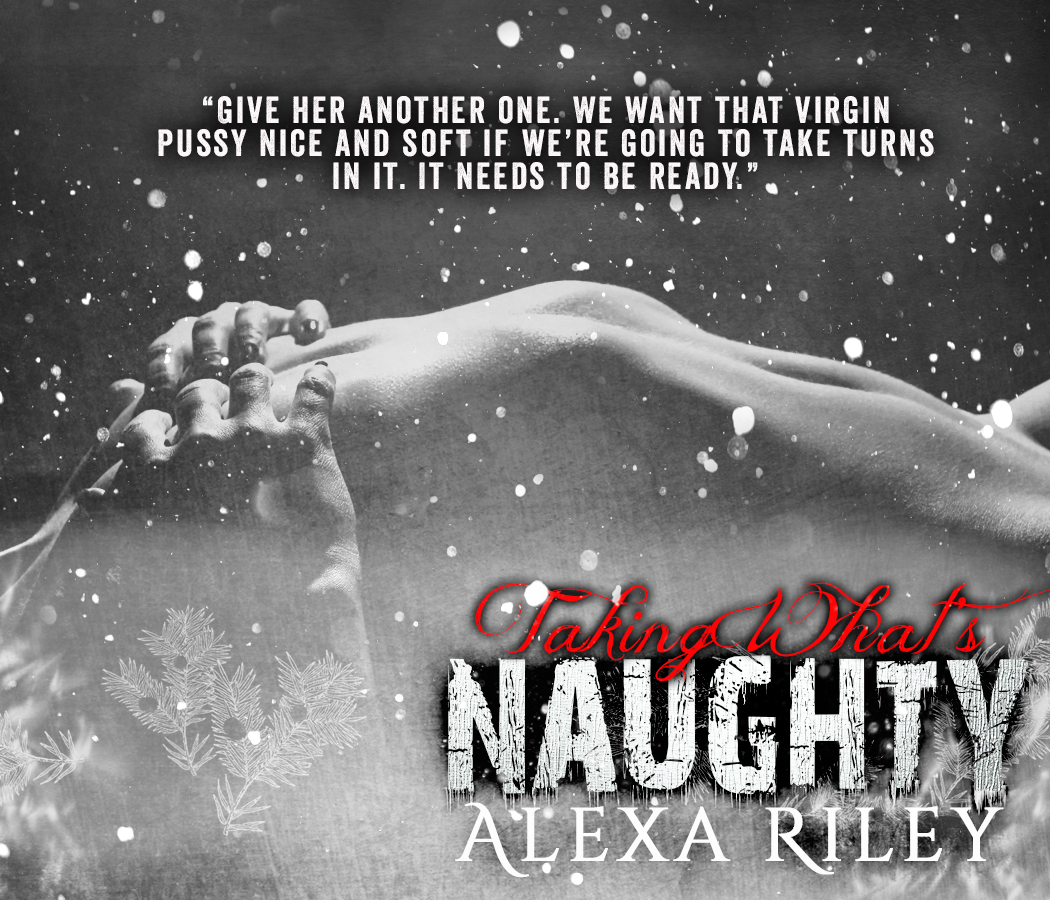 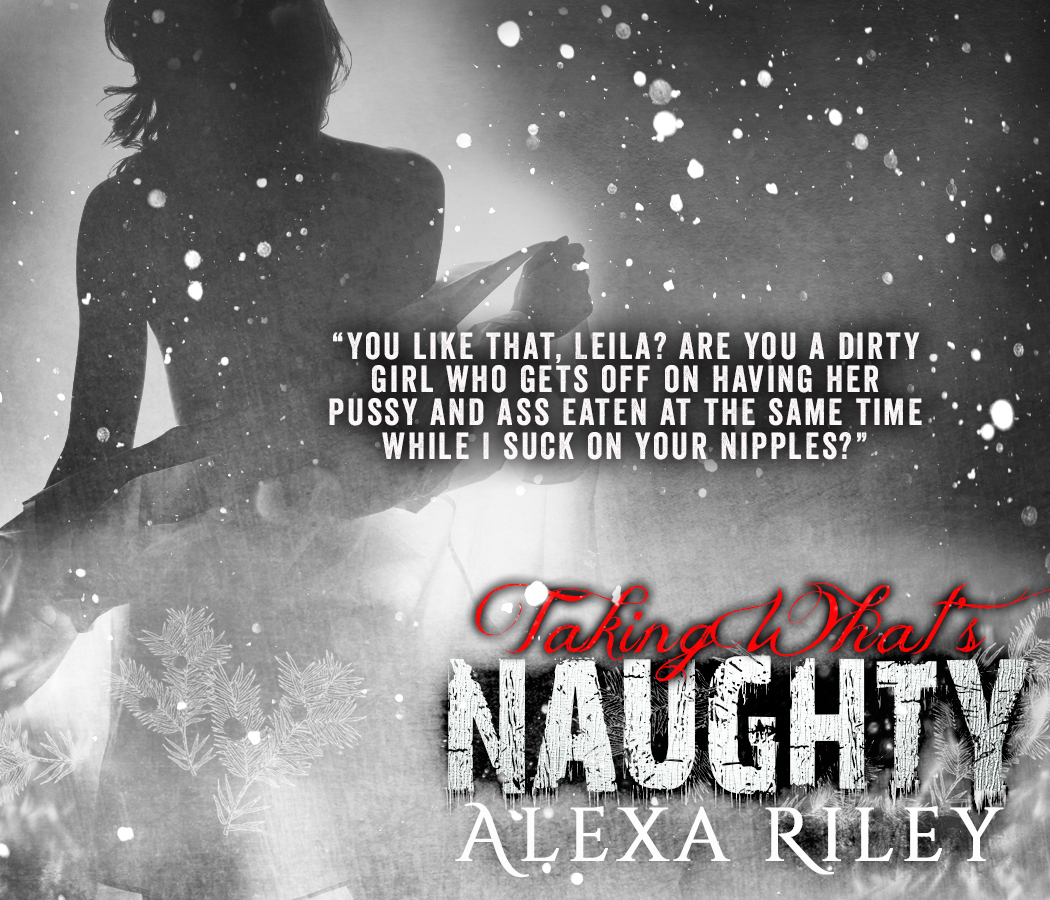 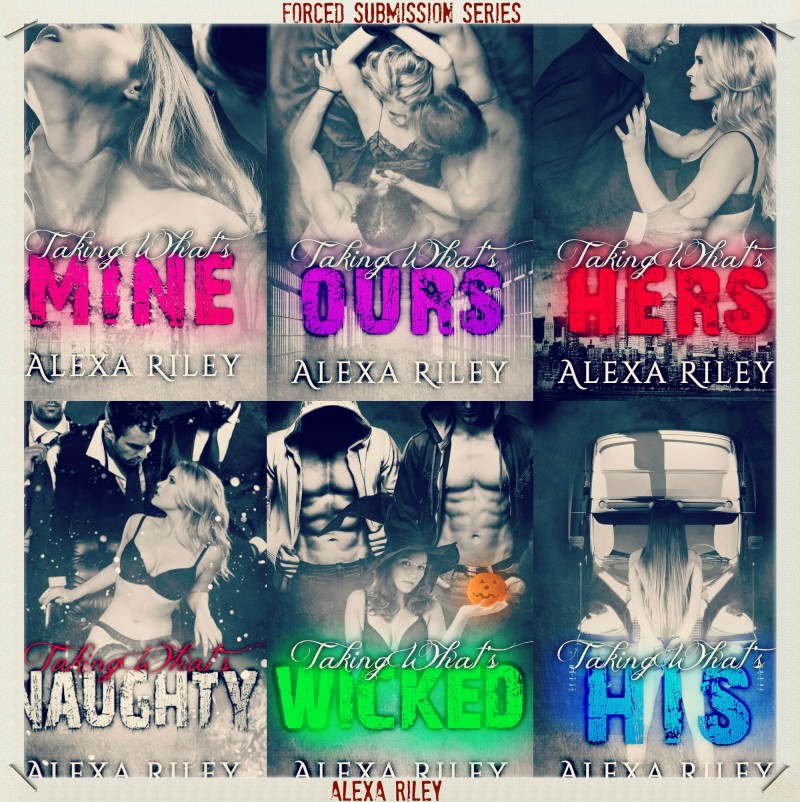 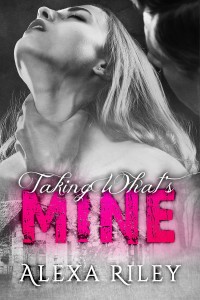 Alone at night in the middle of nowhere. The town sheriff pulls me over. I should be safe.

Nothing could have prepared me for what he had planned. And my darkest desires should have remained a secret. But it seems he knows everything about me.

Warning: This book contains situations involving forced submission and dubious consent. The hero is obsessed beyond control. Nothing can stop him from the only woman he’ll ever have. These themes are triggers for some but sweet candy for others. If you’re willing to hold off judgement until the last page the ending is worth it, I promise. 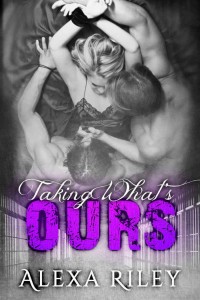 You can’t tease two alpha men like Hudson and Ridge and not expect consequences, not when you’ve become their every obsession.

They have a target…but their one obstacle has long legs, thick curves, and a mouth made for sin.

They do everything together, and Charlotte is no exception. She tempted them…and now they’ve come to collect. Together.

Can they take what they want and still stick to the plan? Five feet, seven inches of lush addiction says no.

Warning: This book contains situations involving forced submission, dubious consent, and every other scenario surrounding that genre. The heroes are obsessed beyond control. Nothing can stop them from having the only woman they’ll ever want. These themes are triggers for some but sweet candy for others. If you’re willing to hold off judgement until the last page the ending is worth it, I promise. 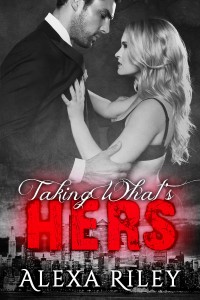 We’ve all been that girl.

Maybe you did a little social media stalking to check him out. Maybe you just drove by his house to see if he was home. Maybe you took it a step further and followed him once or twice.

We’ve all gone a little crazy over a guy before.

I went a little crazy. That’s how Archer Ware ended up tied to the bed. I should probably feel bad about it, and maybe once I get what I want, I will. But right now he’s mine, and that’s all I care about.

This isn’t the forced submission story you’re used to. Valentina will stop at nothing to have the man she wants, and Archer can only take what she gives.

Warning: This book contains an obsessed heroine at threat-level red, a sexy billionaire with a secret of his own, and a story so hot, firefighters can’t put out the flames. Not responsible if firefighters show up looking to help you out. 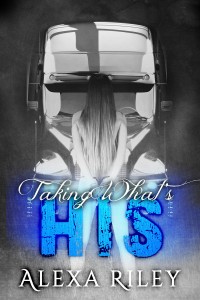 Driving a truck and hauling cargo from coast to coast can be lonely. Sly’s been looking for a pet to keep him company, and late one night on the side of the highway, he finds her.

Cameron is scared something bad is going to happen to her, but then he comes along, and she feels relieved. It isn’t until the door of his truck closes that the real fear takes root.

Sly has a new toy, and he’s having a hard time keeping his hands to himself. How long can he wait to take Cameron’s innocence? Because once he does, she’s his forever.

Warning: This book contains forced submission and dubious consent. While these themes are triggers for some, they can be sweet candy for others. If you’re willing to hold off judgement until the last page, I promise it’ll be worth it. 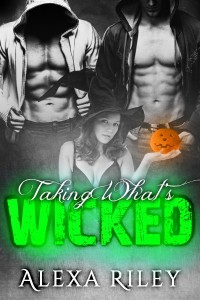 On Halloween you’re supposed to dress up and have some naughty fun, but Sabrina’s costume has invited more wickedness than she expected. The guy at the bar seemed so nice, until he got her out in the alley behind the bar and his friend joins in. That’s when she knew there was no escape.

Dante and Porter have been watching the little witch at the bar all night. They’ve decided to make her their toy for the evening, but she has no idea. They’ve been waiting for this moment, and now’s their chance.