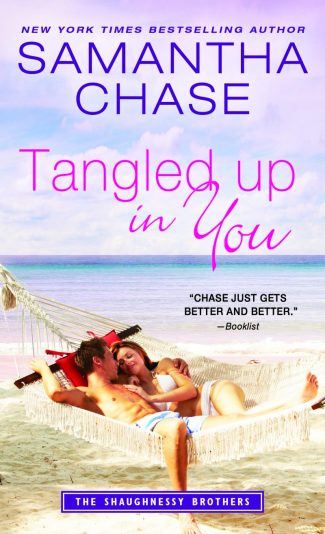 One fateful night Bobby Hannigan sustains a gunshot wound that could end his career as a police officer. If that's taken from him, he doesn't know what he'll do. The only ray of hope is Teagan Shaughnessy—a kindhearted single mom who understands his struggles...

Teagan and her young son have just moved back to the Carolina coast to be near family. When she meets Bobby, the timing feels wrong, but everything else feels oh-so-right. Bobby and Teagan each had plans for their own futures. But they're finding that those plans are meaningless if they can't be together... 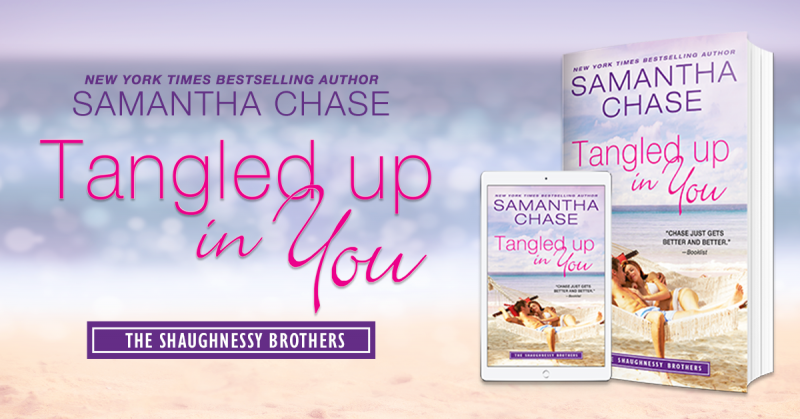 Title: Tangled Up in You 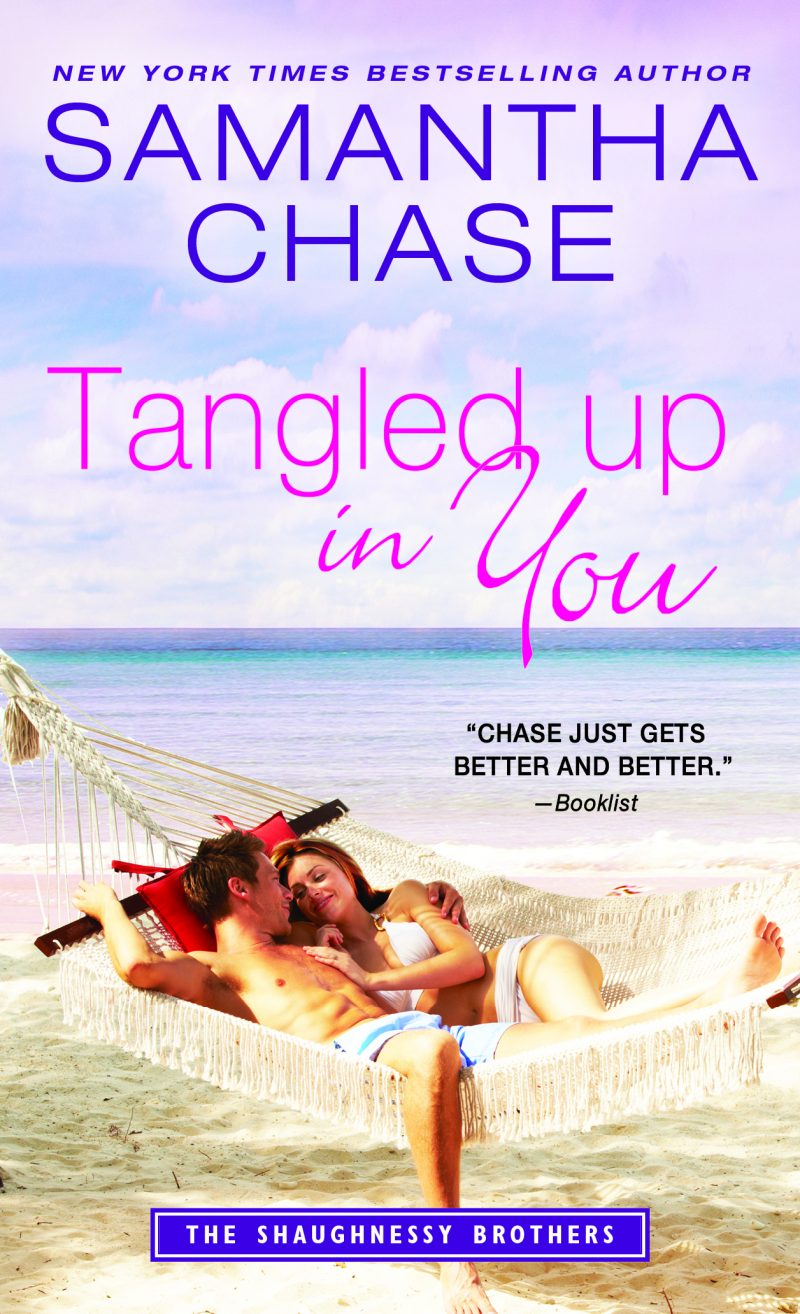 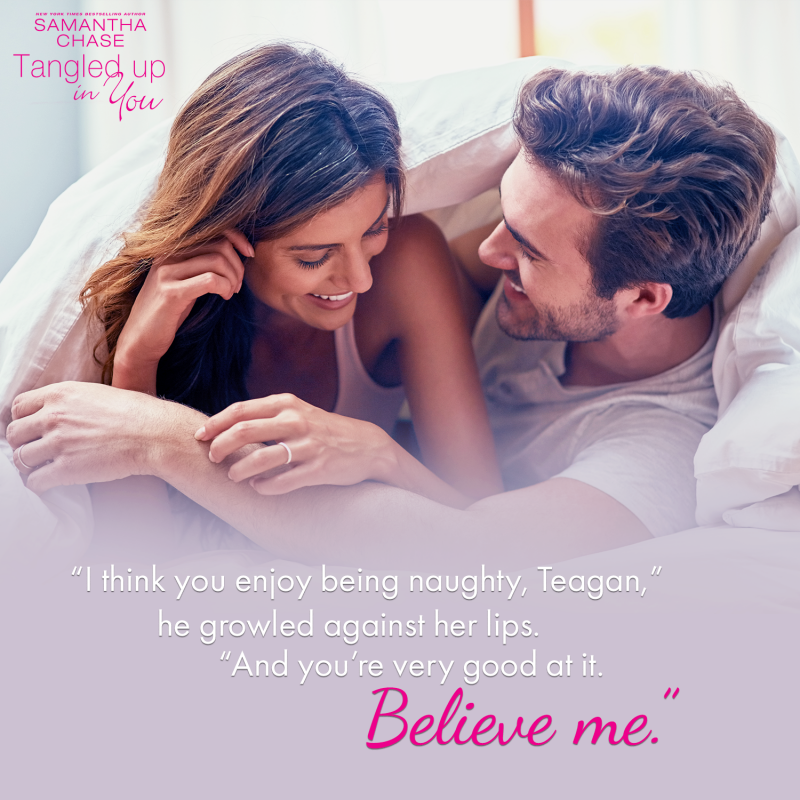 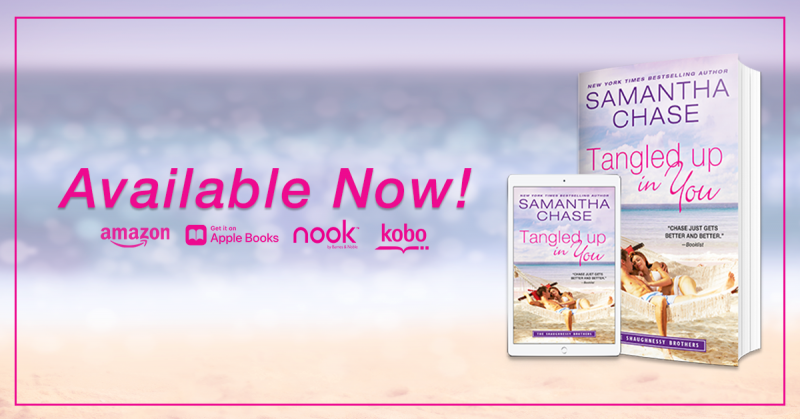 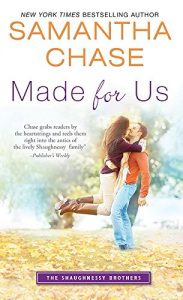 Can’t make time for love?
The Shaughnessy brothers have spent the years since their mother’s untimely death taking care of each other and trying to make their father proud. Oldest son Aidan is hard-working, handsome, successful-and still single. Sure, he’d like to have his own family someday, but who has the time?

She’ll show him how to find it
Zoe Dalton, a stunning designer Aidan meets on one of his construction jobs, has the beauty and heart to make Aidan realize how much he could be missing. But it’s not easy to break down walls you’ve spent years building up. Now there’s a major storm bearing down on the North Carolina coast, and it could be catalyst enough to force Aidan and Zoe into some major decisions of the heart. 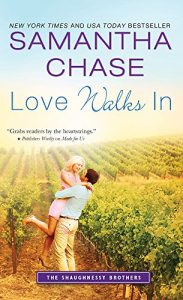 He lives by a schedule
Aubrey Burke is on the run from an about-to-be-disastrous mistake when resort owner Hugh Shaughnessy catches her climbing through his office window. Until Aubrey tumbled into his life, Hugh had relied on work and discipline to safeguard a heart damaged by family tragedy. Now his careful world will never be the same.

She lives for the moment
Hugh’s approach to life and love is the opposite of Aubrey’s, but she soon finds herself falling hard for the handsome hotel mogul. There’s a darker reason behind her “live for today” attitude than Hugh could possibly know, but for the first time Aubrey dares to hope this man’s love might make it worth taking a chance on the future. 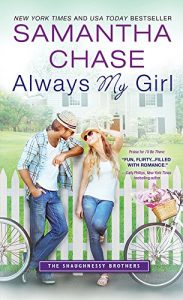 Falling in love with your best friend? Easy.
Telling them how you really feel? Impossible.

Quinn Shaughnessy believes there’s a lot more to life than romance, and he always thought his best friend Anna agreed. But now she’s coming out of her shell and dating…and Quinn starts seeing her in a very different light.

Anna can tell Quinn anything, except the big secret she’s been hiding for years-that she’s fallen in love with him. Now Anna is determined to make a life for herself that doesn’t include hopeless pining. But just as she’s ready to move on, Quinn seems determined not to let go-and the way he’s looking at her might be enough to finally change them from best friends to best everything.

This Is Our Song 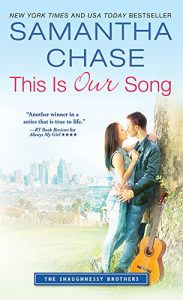 Entertainment reporter Savannah Daly is completely unfazed by pretty-boy rock stars. She’s just here to get her interview and write her story. When she’s assigned to write a tell-all about Riley Shaughnessy, she expects to be put off by a shallow rock star lifestyle. Instead, Riley brings her home to the shores of the Carolinas where she’s immediately embraced by his sprawling, rambunctious family. She expected spotlights and cameras; she gets a welcoming, loving family and a side of Riley she never could have guessed.

A Sky Full of Stars 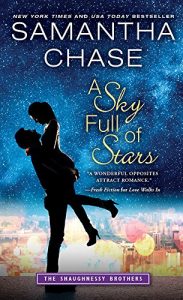 He’s always looked to the stars
Now she’s the brightest light in his universe.

Brilliant astrophysicist Dr. Owen Shaughnessy feels more connected to the cosmos than to people. He’s great with calculations, but when he leads a team of scientists to study a famous meteor shower, he doesn’t factor in his free-spirited artist assistant Brooke Matthews.

Polar opposites in personality, the friction between Owen and Brooke threatens to derail the project. But the beauty and mystery of the night sky draw them together—and she’s going to surprise him in ways the stars never could. 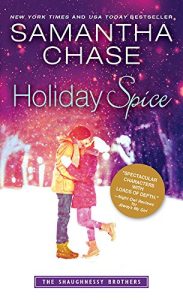 As soon as the mistletoe goes up, that’s when life gets really interesting

Darcy Shaughnessy has gotten used to her overbearing brothers chasing away any man she wants to date. But a chance meeting with a brooding – and deliciously handsome – artist is about to make this holiday season one to remember.

There’s only one thing Benjamin Tanner loves more than his woodcarving: solitude. Then he gets snowed in with Darcy in his cozy cabin in the woods, and their heated feelings begin to melt the icy barrier between them.

With Ben’s need for privacy and Darcy’s love of family and social life, will opposites still attract once the snow clears and the holiday festivities come to an end?

One response to “Release Day Blitz: Tangled Up in You (The Shaughnessy Brothers #7) by Samantha Chase”