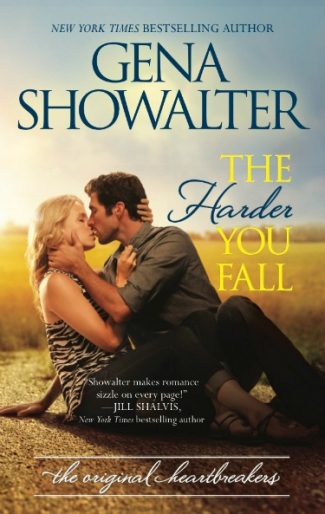 Millionaire video-game creator Lincoln West has a dark and tragic past. The sought-after bachelor lives by a rigid schedule and a single rule—one relationship per year, lasting no more than two months. No exceptions. When he gave up the big city for a small town, he hoped to escape the worst of his memories—until a brash beauty dredges up long-buried emotions.

A reformed party girl, Jessie Kay Dillon is determined to walk the straight and narrow. But her love-hate sizzle with West is just too irresistible. They can't be near each other without tearing off their clothes, but the last thing she needs is to be his next two-month dump. Will she become the one exception? Because as any former girl-gone-wild knows: rules are made to be broken. 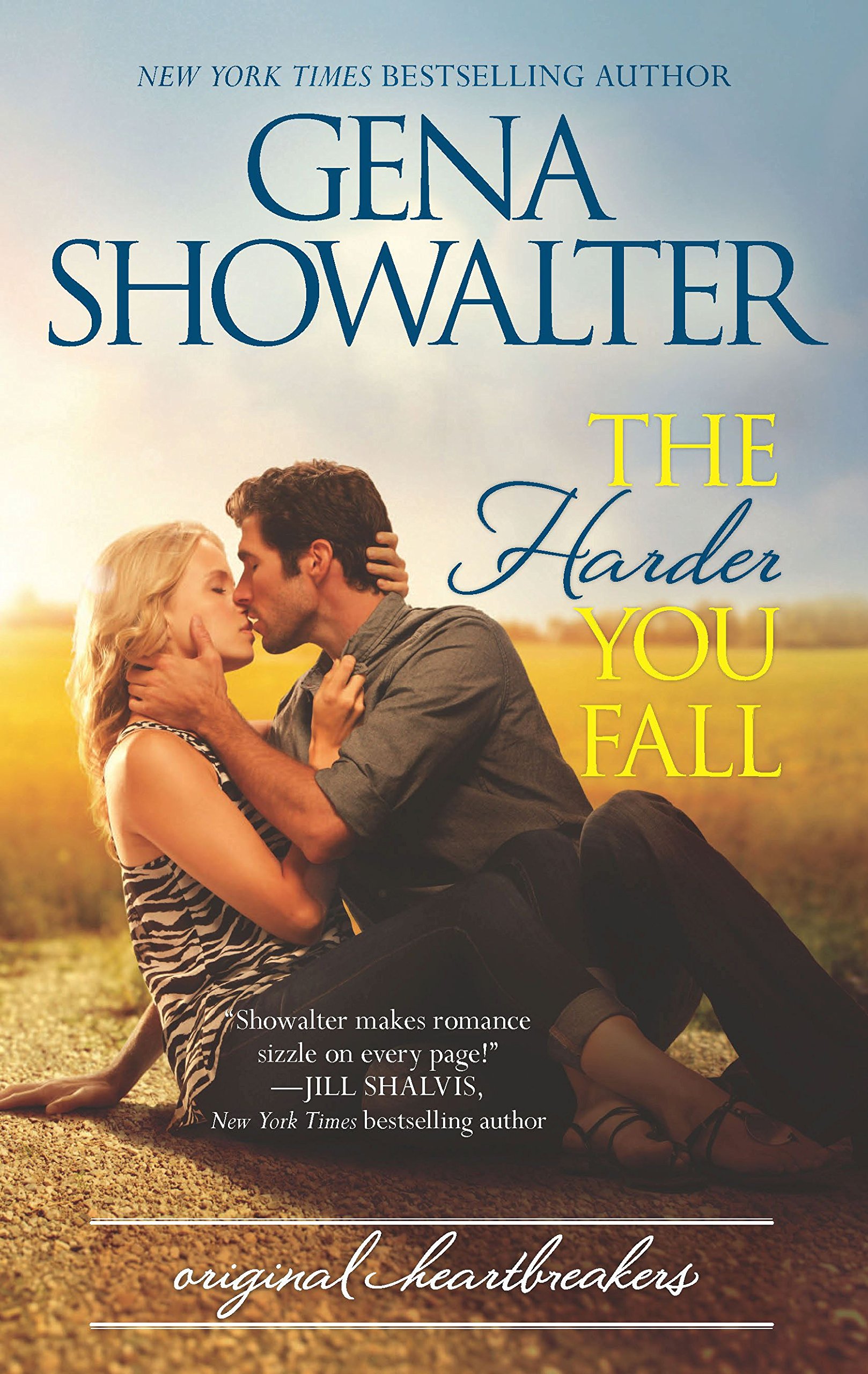 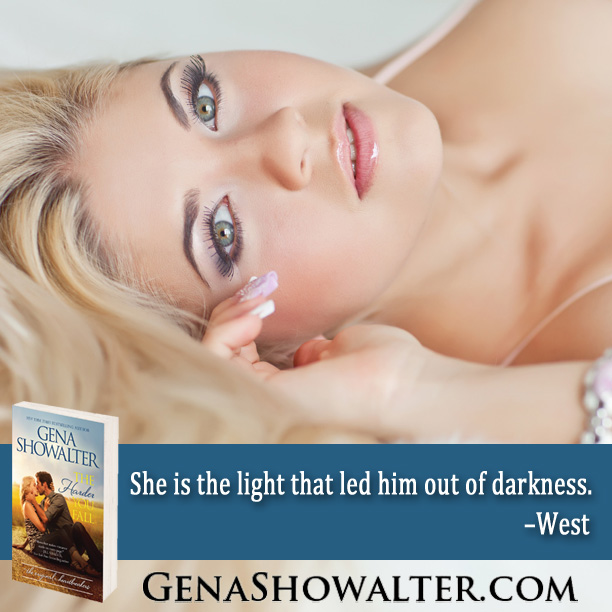 Jessie Kay smiled, but the amusement didn’t last long. “You must hate that I’ve been with them.”

“I hate the thought of you with anyone else and for a while, I thought I’d grow to resent the two for putting their hands on my woman. But now I realize it simply doesn’t matter. They are the past, and I am the present.”

“Your woman,” she whispered, as if she couldn’t believe he’d said the words. “The future.” Gulping, she turned in her seat to fully face him. “How did Monica know you want to pretend I’m a human buffet?”

West gripped the steering wheel more tightly. “I told her.”

A moment passed in silence. A moment he lacked any kind of heartbeat, the stupid organ waiting for a reason to beat.

“I want you, too,” she admitted. “You know I do. But I won’t do anything about it because I expect long-term and you insist on two months.” A heavy pause. “Right?”

“Not yet.” He’d have to tell her sooner or later, he saw that now, but as for tonight, there’d been enough turmoil. “If we can’t be together, you have to help me resist you. Tell me all the horrible things you’d do if we were involved. Cling? Demand to know every detail about my rotten childhood?”

For a long, silent moment, she peered at him with yearning and hope, and it tore him up inside. He didn’t think there could be anything worse—until both emotions were eclipsed by resolve.

“I would cling so hard,” she finally said. “I would ask a million questions about not just your childhood but your day, every day, and if I thought, even for a second, you’d looked at another woman, I would punish you by refusing to sleep with you. For a week!”

“You mean you would punish yourself. But keep going. This is helping.” Was it though? He wasn’t disturbed by the thought of her questions and her punishment. He was intrigued.

“I would take horrible advantage of you,” she said.

Again, he was intrigued. “Give me an example.”

“Well, for starters, I would expect you to trade cars with me.”

“Because any boyfriend of mine would insist I drive the safer vehicle.”

Guess who would soon be getting a new—safer—car all her own?

But she wasn’t done. “And I hope you like your girlfriends in baggy shirts and sweatpants. The moment I have you nailed down, I’ll stop putting any effort into my appearance.”

He gave a mock shudder.

“And despite your obvious aversion to gift-giving, I will expect a present for every anniversary. And, West? I believe every week together is a new anniversary.”

The thought utterly terrified him.

The one gift he’d given his mother, she’d pawned. The first gift he’d given to a foster mother hadn’t compared to the gifts she’d received from her own children. She’d proudly displayed theirs, and his—a drawing he’d slaved over—had ended up in the trash with the wrapping paper.

“Your turn to help me.” Jessie Kay waved her hand at him. “Tell me the horrible things you’d do to me.”

He brought her hand to his mouth, and licked between her knuckles. One taste. Just one… “I’d have a schedule drilled into your head by the end of the first day.”

“If you were a minute late to anything, I would pencil in a lecture and a spanking.”

Her exaggerated gasp caused his lips to twitch at the corners. She placed her free hand over her throat, saying, “You’re such a beast! Yes, I would deserve and welcome the spanking. But the lecture? Cruel and unusual. How long would it last?”

She tsk-tsked. “I hate to break it to you, sugar bear, but I wouldn’t hear a word. I’d be too busy daydreaming about the joys of single life.”

“Don’t kid yourself, kitten. I’d deliver the lecture naked. You’d only want more of me, not less.”

Goose bumps broke out over her skin. “What else?”

“I would demand to be the center of your world.” He never had before, but with her, he was certain he’d make an exception. “Every minute of every day would belong to me. I would expect you in my bed every night and in my arms every morning. I would have you so often and so hard you wouldn’t be able to breathe without thinking of me.”

He reached the house, parked in the driveway.

“Horrible,” she finally said, her voice little more than smoke—smoke that drugged him…lured him deeper into her spell.

He shook as he got out of the car, walked around and opened her door. “I need another reason. Now.”

She stood before him, looking up at him with luminous eyes. “I would demand a hug at least ten times a day.”

He didn’t have to fake a shudder this time. “I hate hugs. I never know how long or tight to hold on.”

“Well, I can fix that in a jiff.” She stepped closer to him, stepped into him, winding her arms around his waist and pressing her cheek against his chest, where his heart drummed a thousand beats a minute. “Hold on until I say stop.”

He obeyed without thought, wrapping his arms around her and clinging.

“Good. Now run your fingers through my hair.”

It was a dangerous game, the most dangerous one they’d ever played, and it utterly defeated the purpose of what they were trying to do. Still he ran his fingers through the silken strands of her hair, and she sighed with contentment.

She looked up, pressed a gentle kiss into his lips.

The contact, even as brief as it was, obliterated whatever armor he’d had around his mind…his heart? His every hidden desire was suddenly on display, like exposed nerve endings, raw and sensitive.

Suddenly he couldn’t breathe. He lowered his head and pressed his lips against hers, stealing her breath when she opened for him.

Their tongues rolled together, soft and slow, and the incredible taste of her nearly unmanned him: the sugar that was a steady part of her diet laced with a hint of cinnamon. Two flavors he would forever associate with home…home…for the first time in his life, he felt as if he was home.

“Jessie Kay.” As good as the kiss was, it had nothing to do with passion. Not in this stolen moment. Every stroke and thrust somehow deepened the emotion between them. She branded him. She took him to a place where the past no longer existed. There was only here and now, and they were the only two people alive.

“West,” she gasped—then she pushed him away.

They stood at arm’s length, both of them panting.

Goal: Get her back in his arms. Without her, he had no anchor. He was set adrift, the past threatening to intrude.

He reached for her, but she sidestepped him. Can’t let her get away.

He caged her against the car to prevent an escape, and as she trembled, he cursed. He wasn’t this man. Needy and clingy—desperate.

“N-now that we got that out of our systems,” she said, unable to look him in the eye, “the wanting should end.”

“Yes,” he croaked. “The wanting should end.” 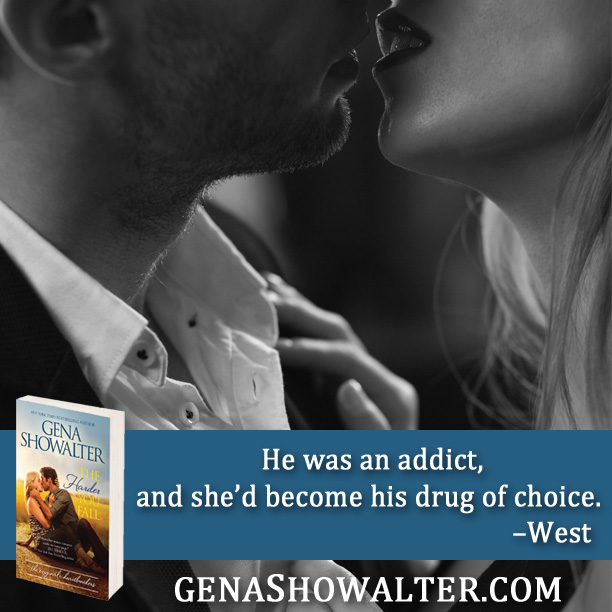 The One You Want 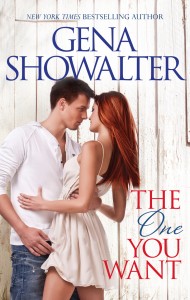 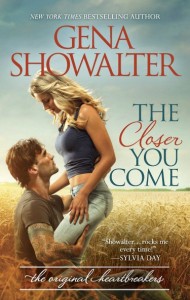 The Hotter You Burn 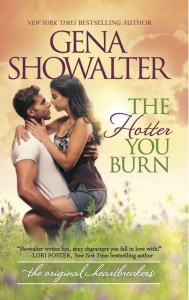