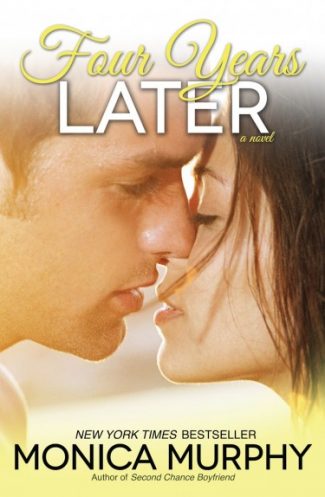 We’re so excited that Monica Murphy’s FOUR YEARS LATER is finally here! FOUR YEARS LATER is a New Adult contemporary romance and is the final book in the Drew+Fable Series! Check out the excerpt below, then enter to win the fabulous prizes she has for you! 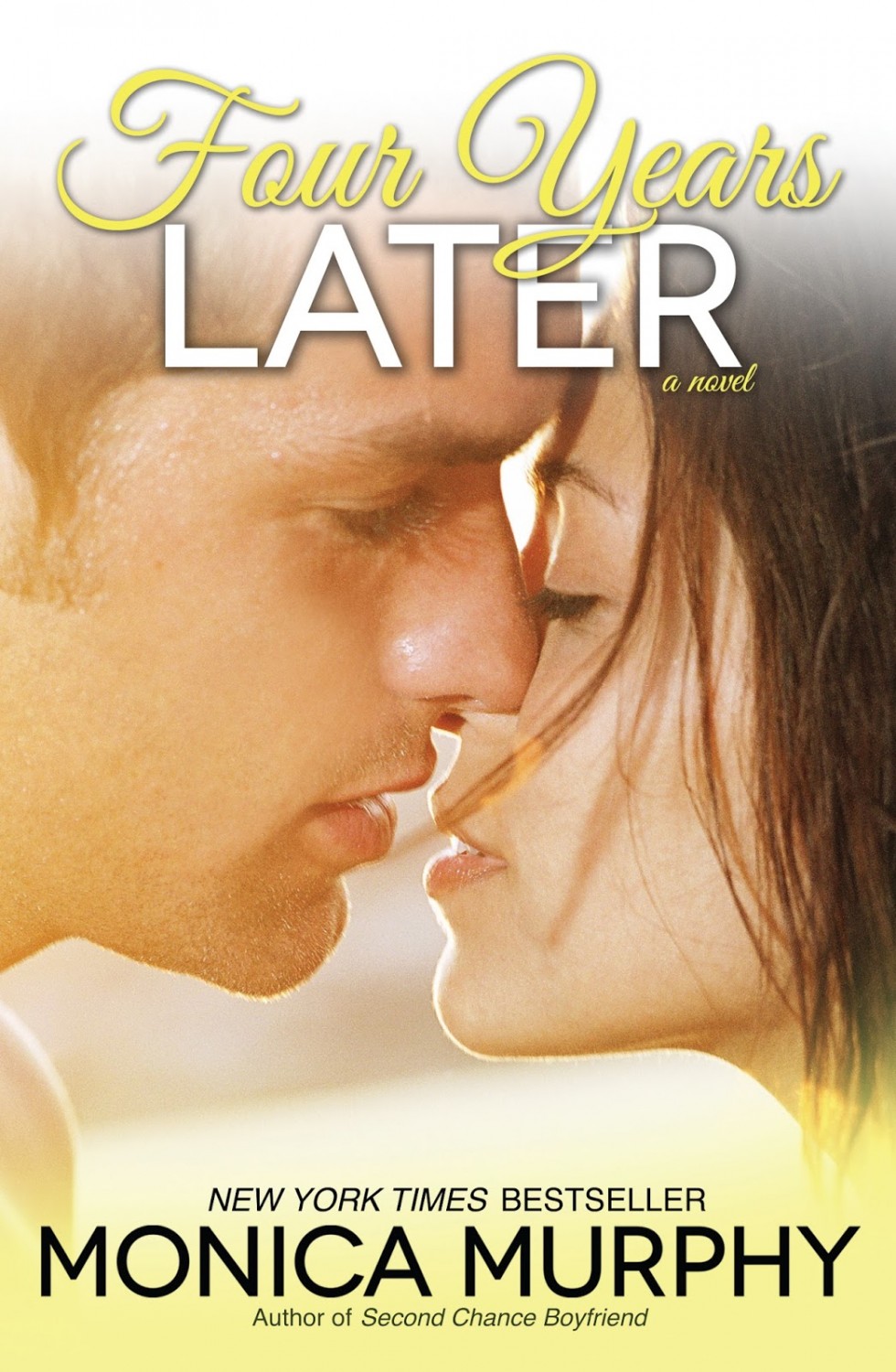 “Anything else?” I ask them minutes later as I drop the check on their table.

Owen slaps his hand against the piece of paper and drags it toward him. “I think that’s it.”

“Great.” I smile but it feels brittle. “I can be your cashier or you can pay at the register.”

“Hey, what else can you be for us, huh?” one of Owen’s friends ask, making the other one laugh.

My cheeks are hot again and my mouth is open. I’m gaping at them like a dying fish and thankfully Owen rushes to my defense. “Shut the hell up, Des.” He glances up at me, all traces of the buzzed foolish boy who first walked in here gone. “He’s drunk. He doesn’t know what he’s saying.”

“I know exactly what I’m saying,” drunken Des mumbles, clamping his lips shut when Owen shoots him a deathly stare.

“It’s all right,” I say, backing away from them slowly. “Take your time.”

I turn to flee from their table when I hear someone slide out of the booth, strong fingers curling around my upper arm and stopping me from leaving. He’s standing directly behind me, the warmth from his body seeping into mine and I go completely still. Willing myself not to react, not to say something stupid and embarrass myself.

Look what he’s doing to me just by touching my arm. This sort of thing doesn’t happen to me. I don’t care about boys. I’ve been kissed a measly three times in my life, once by Cody Curtis the tongue thruster and he definitely doesn’t count.

So twice. Twice I’ve been kissed and I’m a virgin. A freaking virgin. Owen Maguire has player written all over him. I’m nothing to him.

So why is he touching me? Talking to me in that husky low murmur of his that slides over me like slow, warm honey?

“…need to talk to you. About this tutoring thing,” he’s saying and I wrench myself out of his grip, irritated that I didn’t pay attention to what he said at first.

“Just meet me Monday afternoon as scheduled and we should be good to go.” I turn to face him, a fake smile plastered to my face and he stares at my lips for a long, breath stealing second before he finally lifts those too pretty green eyes up to meet mine.

My lips are tingling like he actually kissed them. God.

“I don’t even know your name,” he murmurs.