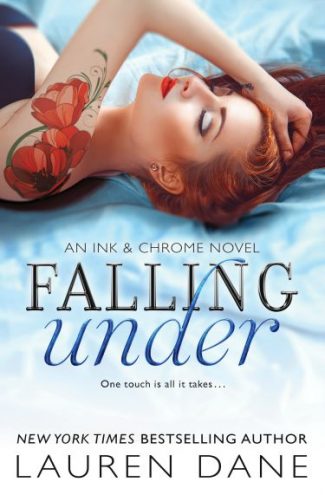 Duke Bradshaw, co-owner of the Twisted Steel custom motorcycle and hot rod shop, may devote his days to chrome and leather, but his nights belong to Carmella. His sultry redheaded neighbor has a smile like an angel and a body built for sin, and for the past year both have dominated Duke's dreams. When a problem at Twisted Steel requires a fast fix, Duke sees his chance to finally make his fantasy a reality.

Ever since she first heard the low rumble of his engine, Carmella Rossi has wondered if Duke Bradshaw handles his women as expertly as he handles his bike. When he shows up at her door offering her a much-needed job at his shop, she gets her chance to find out. Beneath Duke's masterful touch, Carmella soon submits to a world of unimaginable pleasure.

But history has taught Carmella how bad a boy boy can be. If she doesn't put on the brakes fast, her hard-bodied heartbreaker could drive her right over the edge . . . 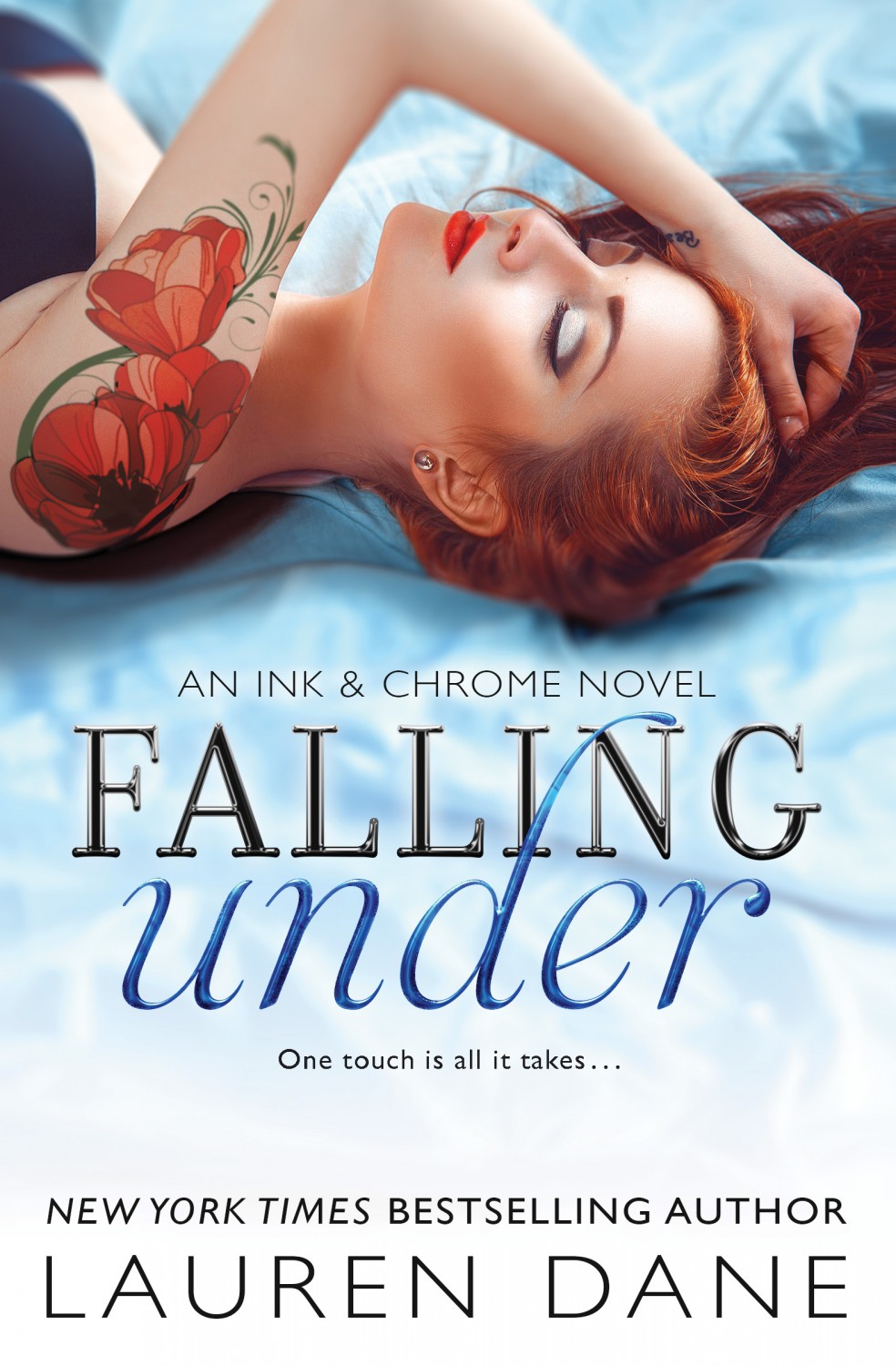 He held them aloft. “I was thinking we could hang out and have a beer and some snacks.”

She smiled, even as she looked down at herself. “Uh. I’m sort of messy. I was cleaning the kitchen.”

He walked in without saying anything else, but once he got to her kitchen, he turned back. “You look fantastic.”

Ginger had already abandoned her nap at the sound of Duke’s voice and deposited herself at his feet.

“So easy,” she murmured to the dog as she joined them in the kitchen.

“Glasses or the bottle okay?” He indicated the beer with a tip of his chin.

“Bottle is fine. There’s an opener in that drawer there.” She pointed. “If you’re hungrier than just chips and dip, there’s leftover baked ziti. I was just thinking about some dinner.”

“Leftover ziti? How is that even possible? Was everyone sick? I promise if you made me baked ziti, I’d eat every last bit.” He cocked his head and looked extra hot.

She put a hand on her hip. He was so totally full of it. “Actually, I made a smaller one for myself and took two to a big family dinner. It’s my uncle’s favorite. But I brought home coconut cake and some other stuff.”

Carmella bent to look in her fridge because he was standing so very close and she was getting giddy. Giddy was bad. Giddy ended up being the last time she slept with her ex. Though to be fair, it had been fantastic.

This man was a giddy nuclear reactor and it made her girl parts want to be so stupid.

And then he bent to peer into the fridge at her side. “Jesus Christ. Carmella. Baby, this is the most organized refrigerator I’ve seen in my entire life. I’m in awe.”

She was so surprised and weirdly flattered, Carmella turned to look at him and ended up whacking her forehead to his so hard she saw stars against her closed eyes.

Firm hands took her by the upper arms and helped her stand though she wobbled a little. “Honey, are you all right?”

“Ouch,” Carmella managed. “Sorry. I got you pretty hard.”

Duke laughed as he moved the hand she’d had over her forehead and replaced it with a bag of frozen berries. “My go‑to is corn usually, but you don’t have any. That should help. I’m okay. I have a very hard head. That’s totally true so stop it with that look of yours.”

“You have a go‑to remedy for head bumping?” Carmella sat at one of the stools at the island. “And what look do you mean?”

Carmella winced when she raised her brow at him. “Lifestyle-​related?”

Duke shrugged. “What can I say? Ass kicking and fisticuffs seem to be a regular part of my life. And the look I meant is the one you’re wearing right now. The one you give that makes everyone feel like a wayward boy who craves your approval.”

“I have that look? Really?” How awesome! She clearly needed to use it more.

“You do. Why do you think we’re all so obedient to your paperwork rules?”

“Because it’s efficient and makes money move back into the shop more quickly?”

He laughed again and then moved the bag of fruit to kiss the sore spot.

They both went very still.

His muscles tightened, the tension radiating from him made her dizzy. And probably crazy, but needing to soothe. So she slid her hands up the wall of his chest, not to restrain or hold back, no matter how much she told herself that lie.

Once she touched him, she knew it to her toes that everything had changed.

“Damn it,” he snarled and then kissed her. Only, no. He took her mouth, owned it, and had his wicked way with it. 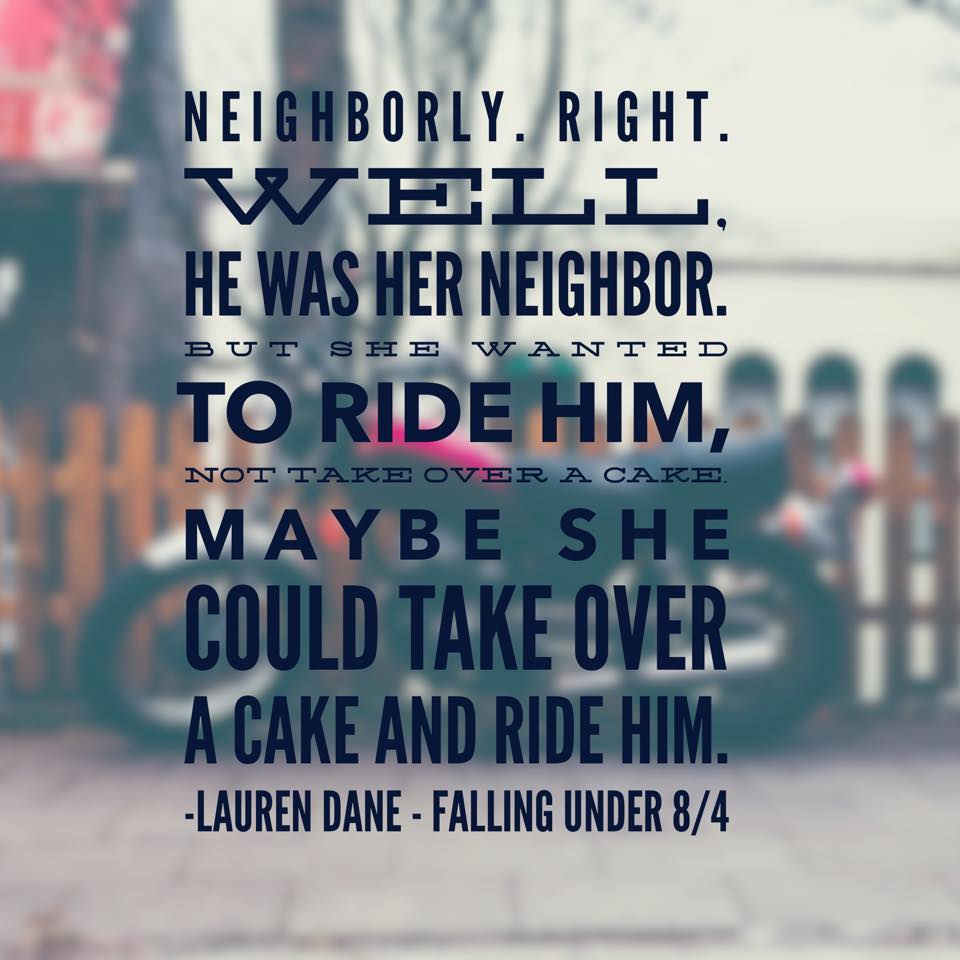 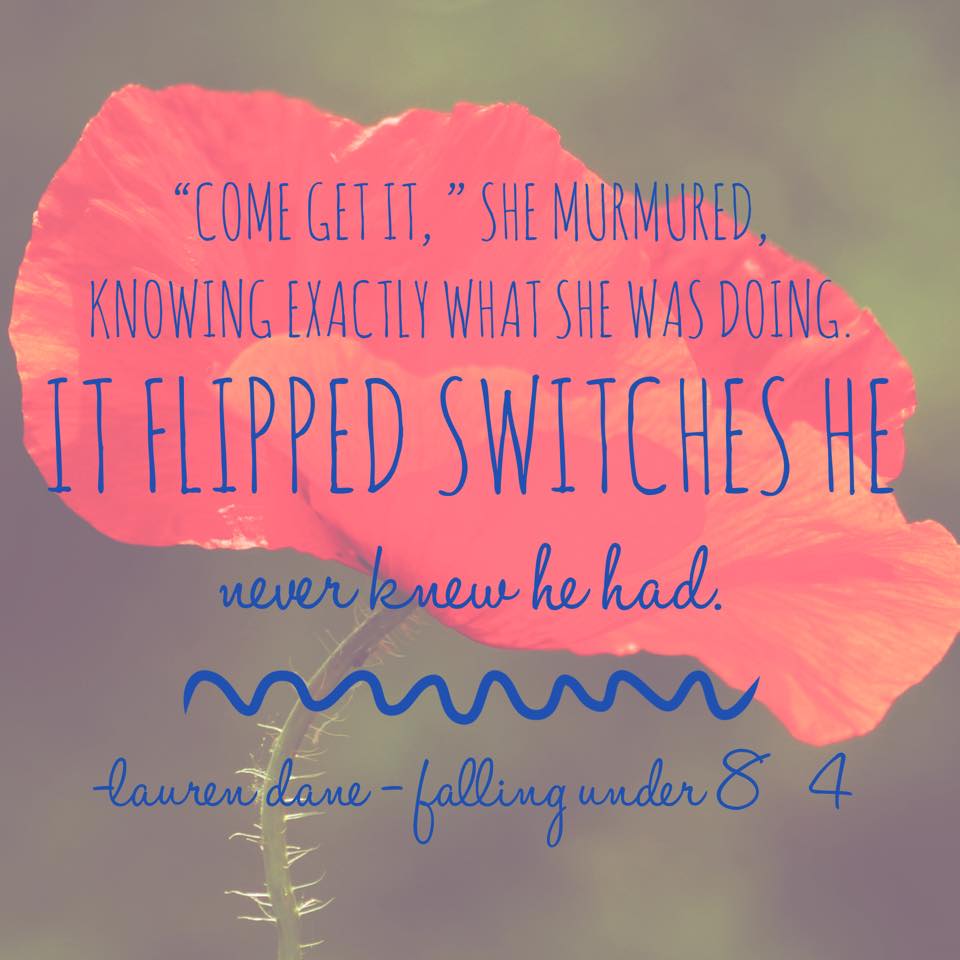 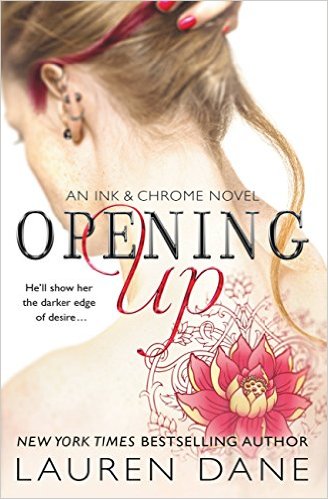 The men of the Twisted Steel custom hot rod and motorcycle shop are great with their hands…and they’re not afraid to get dirty.

PJ is exactly the kind of woman Twisted Steel owner Asa Barrons doesn’t need. The last thing he wants to do is mix business with pleasure, and PJ has some of the best custom detailing he’s ever seen. But the chemistry between them won’t be denied, and soon he’s introducing her to a whole new world in the bedroom, pushing her far beyond anything she’s ever experienced. PJ finds she can’t get enough, but how far is too far before he consumes her completely?

The story goes like this: While on pregnancy bed rest, Lauren Dane had plenty of down time so her husband took her comments about “giving that writing thing a serious go” to heart and brought home a secondhand laptop. She wrote her first book on it before it gave up the ghost. Even better, she sold that book and never looked back.

Today Lauren is a New York Times and USA Today bestselling author of over forty novels and novellas across several genres. Though she no longer has to deal with Polly Pocket and getting those tiny outfits on and off, she still has trouble blocking out the sound of iCarly so she can write a love scene.