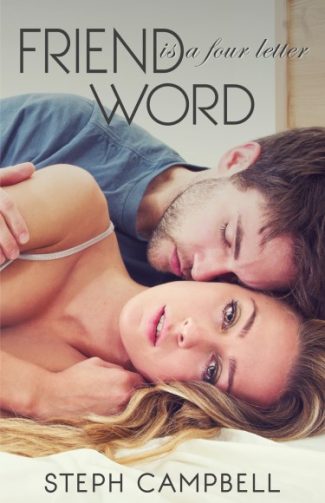 They both have secrets...But whose past will catch up to them first?

Shayna Gillan is on a mission: start fresh in a new state without the small town gossip that has haunted her since her bad girl days of high school.

Carter MacPherson has long been the most together member of his crazy family—until now. With a secret threatening to crumble everything he's worked for, he wishes he could forget the recent past, too.

The last thing Shayna and Carter are looking for is a relationship. It's best to be alone while they sort out their issues.

Friends. That's all they can ever be.

But even the best laid plans always have a flaw, and once Shayna and Carter cross the line between friendship and more, there's no turning back...

The only question left is—whose past will catch up to them first? 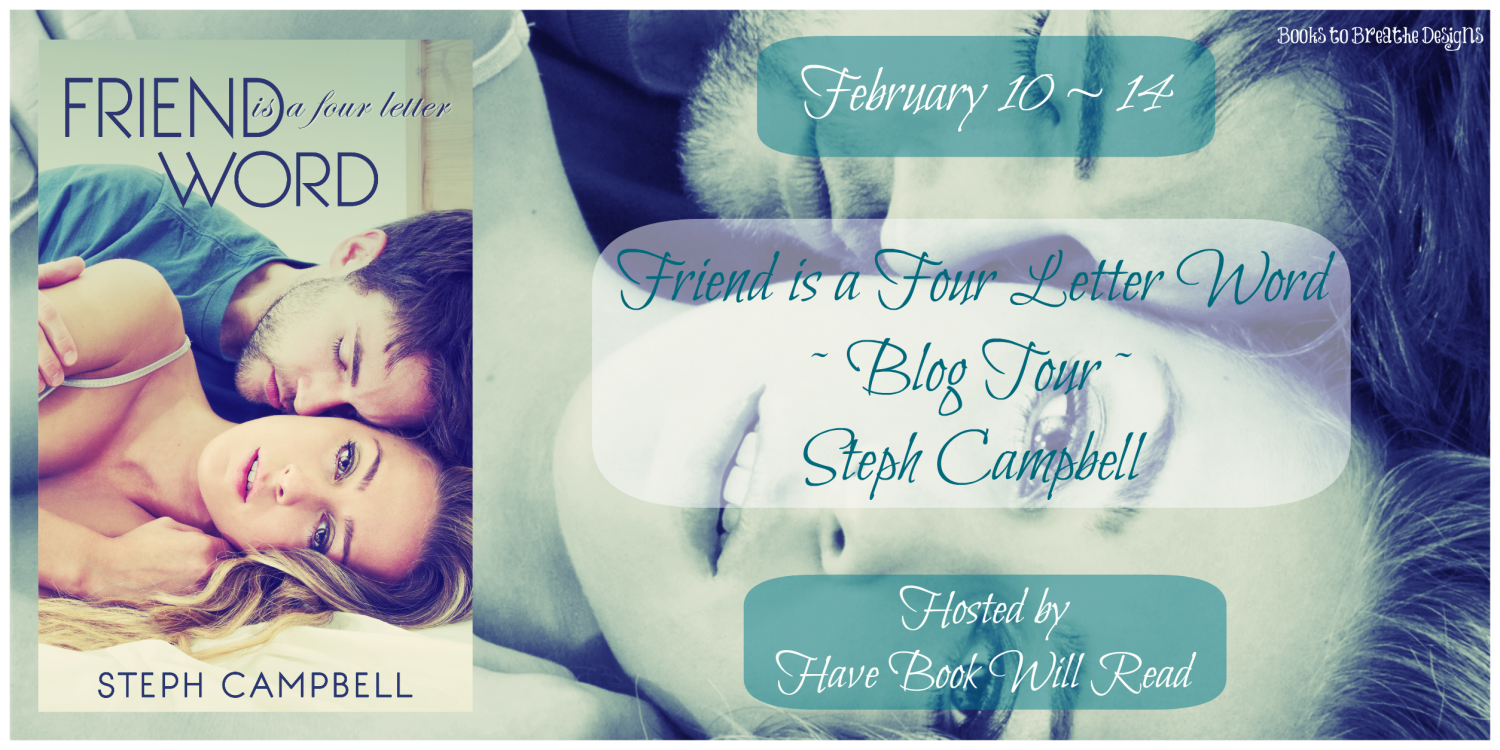 But I guess you really do need to be careful what you wish for, because the changes my life would end up taking were nothing like what I had in mind.

We all have those go-to authors; the ones that no matter how bad your day has been, their stories can instantly turn them around. The authors that no matter how alone you may feel, their characters welcome you with open arms. For me personally, Steph Campbell is one such author and she is right near the top of the list. She writes stories that are not only relatable, but tackle the hard issues in life with a beautiful delicacy that only she can deliver. I guarantee you will walk away from her books feeling renewed in spirit. I know I do!

“Sometimes I regret things I did, but mostly I regret what I didn’t do. I’ve got to hand up in a second, but I’m gonna say this now, Shay. Every single day I regret everything I didn’t do with you.”

It has been a while since I’ve read the Grounding Quinn books, so I wasn’t completely familiar with the characters. That being said, it wasn’t necessary. I remembered just enough, and even if you’ve never read the others, while I implore you to, it’s not imperative. FFLW tells the story of Carter (Quinn’s older brother) and Shayna (Quinn’s friend). Feeling trapped in her own life, Shayna flees the only home she’s ever known to venture into the great beyond aka California. Shayna was such a gorgeous character to be. Honest in her dishonesty, she wore her heart guarded on her sleeve. Never really feeling like she belonged anywhere, she was determined to find her place in this world. She and Carter happened to have a magical night where they innocently connected, and ever since, they’ve become best friends.

Being with Shayna is like a bandage for my damn soul.

I honestly believe that Carter is one of my most favorite characters EVER! There was rawness in his voice, a passion in his soul, and an unrelenting need to not let others see his weaknesses. Not believing himself to be a strong person, he makes the ultimate decision to walk away from what he and Shayna could have had. You see, he is also harboring a huge secret; a secret that I never would have guessed. But more important that the secret itself is the way that Steph portrays each character after the secret is known. That, to me, was the heart of the story.

Both of our lives have been built around keeping secrets. And he’s tearing down that wall right now. I’ve never been so proud of anyone in my life.

There were no screaming matches, no miscommunications, no cheating; what there was is friendship and budding love. Sometimes you have to take a break from all the angst and sex and just get down to the nitty gritty of the characters. You have to truly dig deep and see inside their soul. Steph portrays this in a way that seems so effortless. She has a talent that not many can rival, yet many attain to. She writes stories that teach us not only is it okay to go after what you want, but that friendship truly IS a four letter word; that word is love.

Our home is built on imperfections, craziness, laughter, romance, and love. And it’s exactly what we’ve both been searching for for so long. 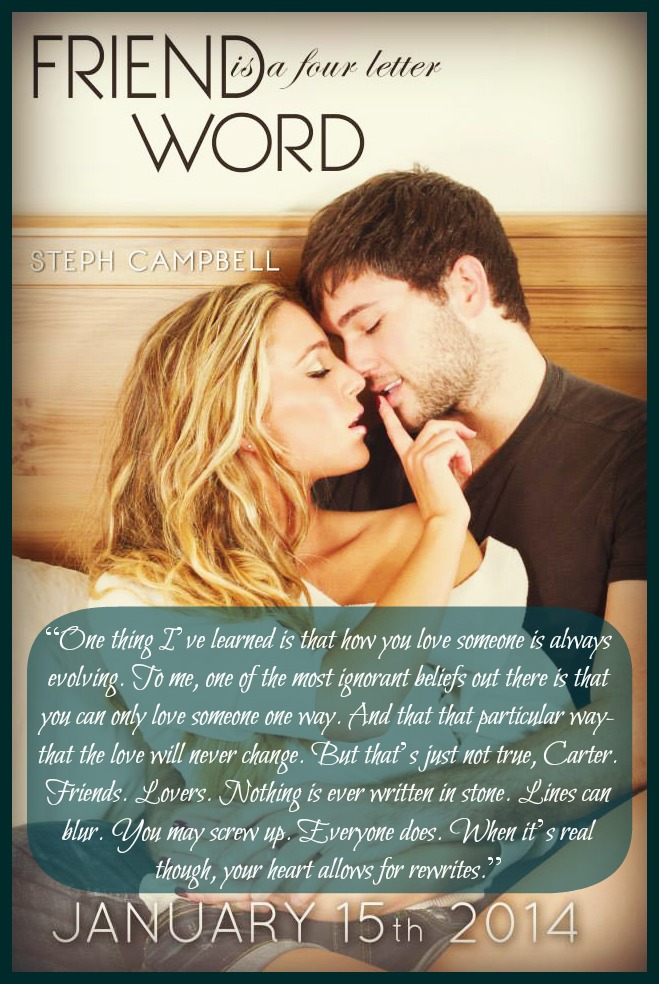 I part my lips and lean in closer toward him. Now that we’re alone in the car, I’m suddenly more aware of the pounding of my heart, how flush my face is. I don’t usually feel so nervous around guys. Something about Carter is different, and it isn’t just that he’s a few years older.

“Alright then,” he says in a tight voice. Carter pulls away from the house just as we see Quinn slip inside the door next to Ben’s towering frame.

My heart feels this funny, strained pressure, and I can’t check my smile before Carter catches it from the corner of his eye.

“Stupid puppy love,” I snarl. Or try to. Hard to be snarly when you’re wearing the biggest shit-eating grin.

“Seriously.” Carter drums his fingers on the steering wheel. “I never thought my sister would fall for anyone, but especially not someone like that guy.”

“What’s wrong with Ben?” I demand. I’ve personally always found him pretty damn hot, though I have a feeling Carter wouldn’t be all that happy to know that.

The thought of Carter being jealous about me is pretty damn sexy.

“All girls want nice,” I say, thinking about why I was ever interested in Ben in the first place. “I mean, badass sounds exciting. But, trust me, it’s not all it’s cracked up to be.”

“Really?” Carter pulls his mouth to the side. “I would’ve pegged you as a sucker for a bad boy.”

“Maybe a couple of years ago.” I stop because I don’t want to draw attention to the difference in our ages.

“What are you looking for now?” I can tell that he’s trying hard to keep his voice even.

I shrug. “Maybe I’m not looking anymore. Maybe I’m finally trying to open my eyes to what’s right in front of my face.”

My own bold words make my hands clammy. I watch Carter’s throat work as he swallows hard. I crack the window as we wind through the subdivision and onto the interstate, letting the cool air shock me back to reality.

Carter touches my bare leg, and I don’t flinch away from him. I want more. A chill runs up and down my spine—it has nothing to do with the freezing rain spattering on my overheated skin and everything to do with the way his voice cuts through my thoughts. 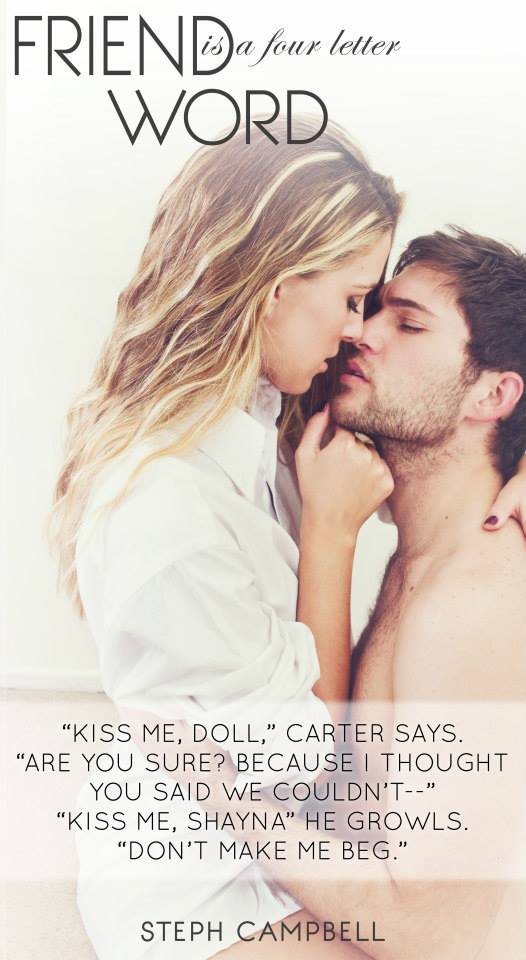 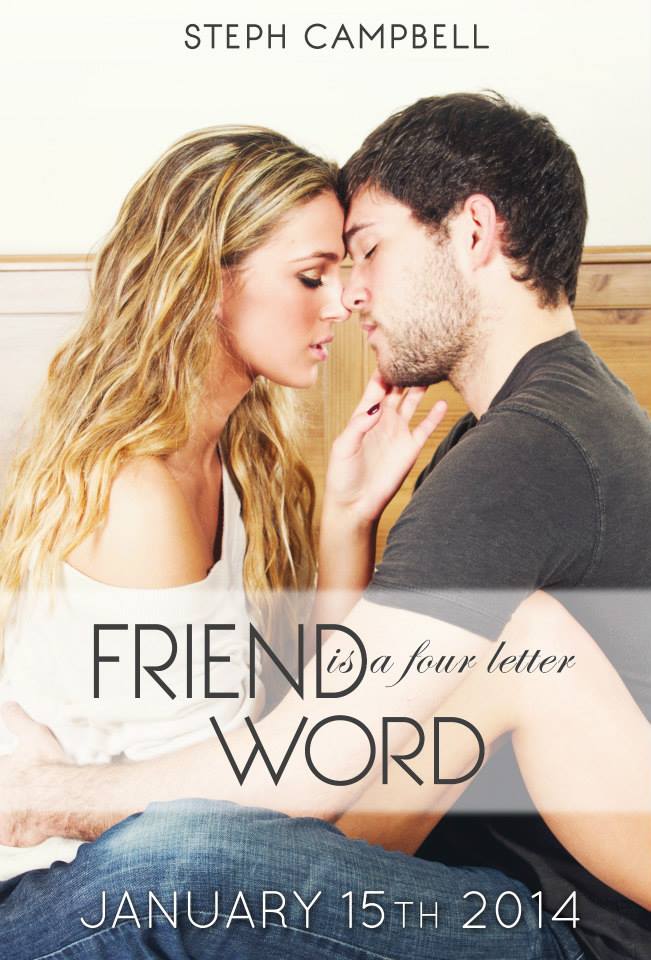 One response to “Review & Giveaway: Friend is a Four Letter Word by Steph Campbell”