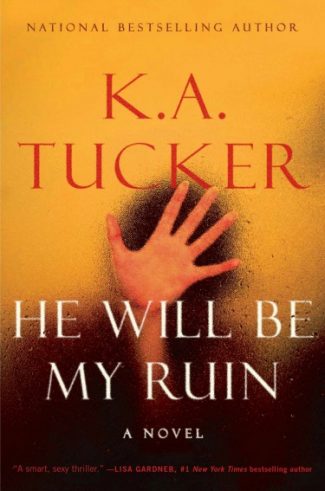 A woman who almost had it all...

A man who was supposed to be her salvation...

The USA Today bestselling author of the Ten Tiny Breaths and Burying Water series makes her suspense debut with this sexy, heartpounding story of a young woman determined to find justice after her best friend’s death, a story pulsing with the “intense, hot, emotional” (Colleen Hoover) writing that exhilarates her legions of fans. 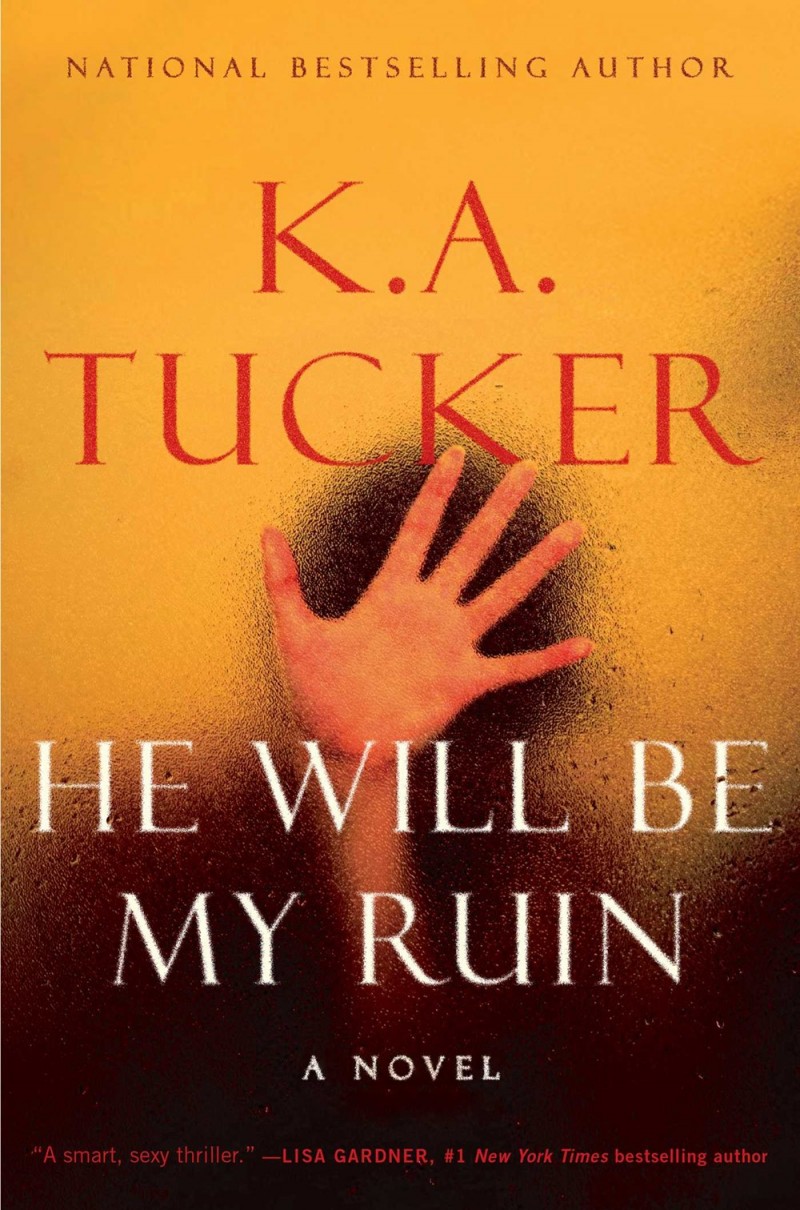 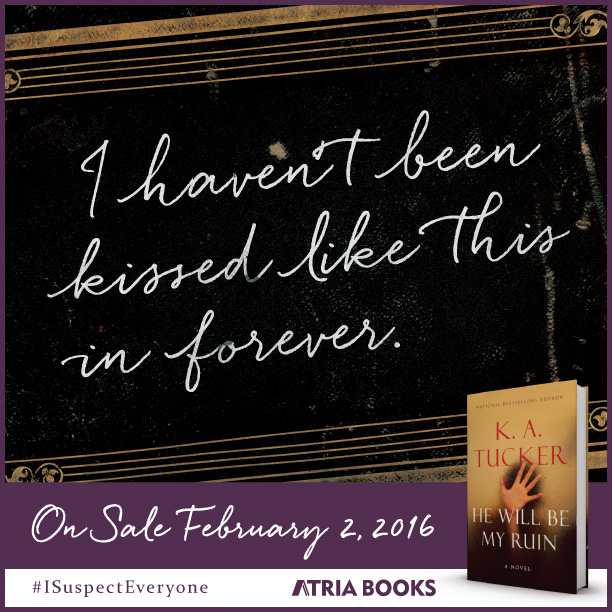 Look, I’m just…” I stare at my reflection in the mirror, my eyes lined with bags, my skin sallow, my hair matted. I look like someone who sat in bed for twenty-four hours, eating cold pizza from the box I had delivered last night and polishing off a bottle of vodka, all while reading the deepest and darkest thoughts from the last fifteen years of Celine Gonzalez’s life. Discovering things that I could have happily gone the rest of my life without knowing.

Which is exactly what I’ve done.

I can barely keep my eyes open and yet I know that sleep will not grant me a reprieve. “I’m dealing with a few private matters.”

“Well, I can’t guarantee that I’ll be able to fit you in when you decide that you’re ready.”

“You will, because your boss wants my money.” I hang up before I hear her snippy answer and stare at the journal in my hands.

I was torn between starting from the latest diary first and easing myself in with the oldest one, afraid that I wasn’t ready for what might lie within those last pages. That I wasn’t ready to witness just how Celine had lost herself.

And then I picked up a pink book with butterflies on it—the earliest dated journal—and read a thirteen-year-old Celine recount her major crush on my boyfriend at the time: a tall, gangly guy named Jordan who kissed her behind our house one day while I was changing into my bathing suit upstairs. She felt so guilty, she couldn’t sleep for a week. Through tears, I laughed—because I hadn’t even given that guy a moment’s thought in years—and I knew then that starting at the beginning of Celine’s story was the only way to do this.

And so I did, living the past fifteen years through Celine’s eyes, since the days she and Rosa still lived with me. It wasn’t hard to follow along. She dated every single entry. Some days she didn’t have a lot to say. Other days she’d fill an entire page, even writing along the margin. She seemed to follow a simple rule as the years progressed: one page per day, no more.

So many things that made my heart swell.

And so many that made my heart bleed with pain. 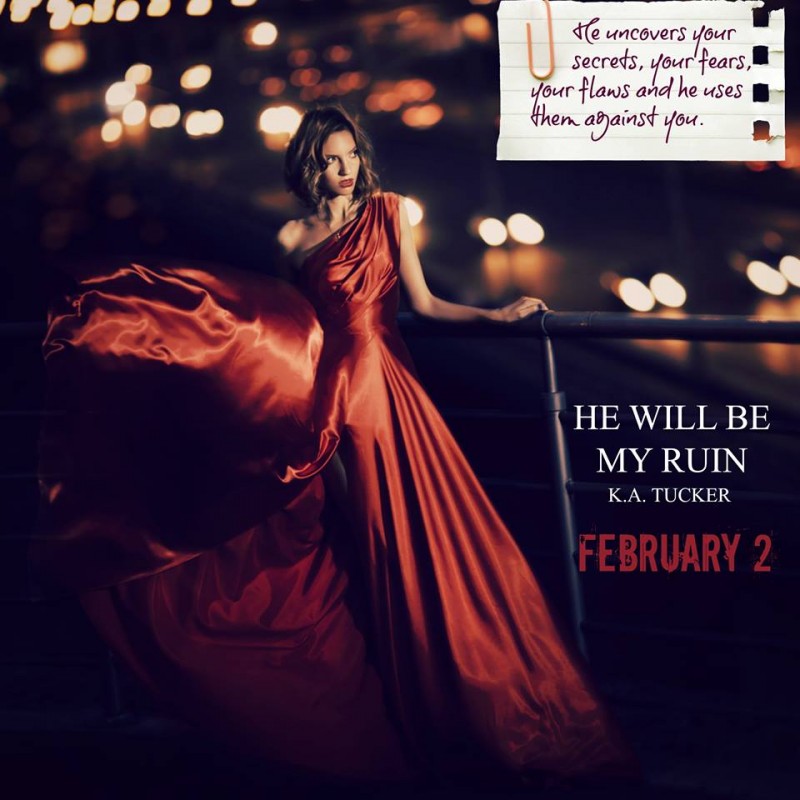 I thoroughly enjoyed this twisted tale of friendship, deceit, and self discovery. More suspense than romantic, there was never a dull moment. Every time I thought I knew whodunit, I was surprised. This changed courses about 5 times throughout the book and even as the book came towards the end, I was still questioning what I believed to be true. Or at least what I thought was true…

I loved that even though this book was mostly told in the present, we still get flashes of the past with Celine. As her story unfolded through Maggie’s eyes, my heart broke a little bit more with each page turned. You never truly know what you will do to survive when faced with insurmountable odds. Pride takes a backseat and you do what needs to be done. Even though you find out from the first page that she is dead, I found myself wishing throughout the book that it was somehow a lie. She was that intriguing of a character in my eyes.

I admired the strength that Maggie exhibited even though she faced seemingly impassable roadblocks at every turn. When someone laughed or lied to her face, she just fought that much harder for the truth. She wouldn’t accept anything other than finding out what happened to her friend, and it was endearing to see a friendship that true, even though time and distance had somewhat separated them.

More so than searching for answers, I felt like this was really a story of self discovery for Maggie. By the time the book ended, she truly was no longer who she was in the beginning. I hated that in my mind, everyone was a suspect because I genuinely was rooting for one or the other guys. But I couldn’t really trust what I was reading; it was way too hard to not be suspicious of them both.

As with any Tucker book, the writing immediately drew me in and was flawless. She has this unbelievable way of forcing you to become invested in the characters from the get go. She creates people that are so multi dimensional, you finish the story and still feel like you don’t truly know everything about them, but you want to. I’ll admit that I went into this thinking it would be more romantic suspense than just suspense, but found by the end of the story, I didn’t even miss the romance. I was so invested in the story and figuring out the mystery, it wasn’t even a blip on my radar. There was just so much going on in the present and the past, that as everything started to unravel, I was solely focused on the finish line. I can’t recommend this book enough to readers! You are truly in for a rare treat! 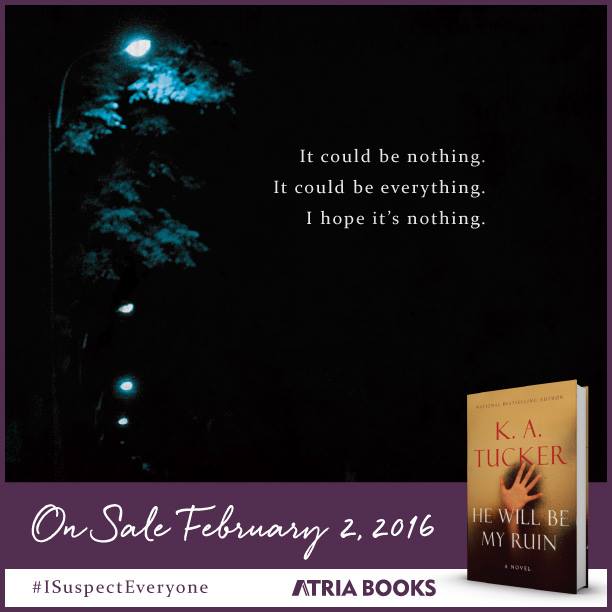 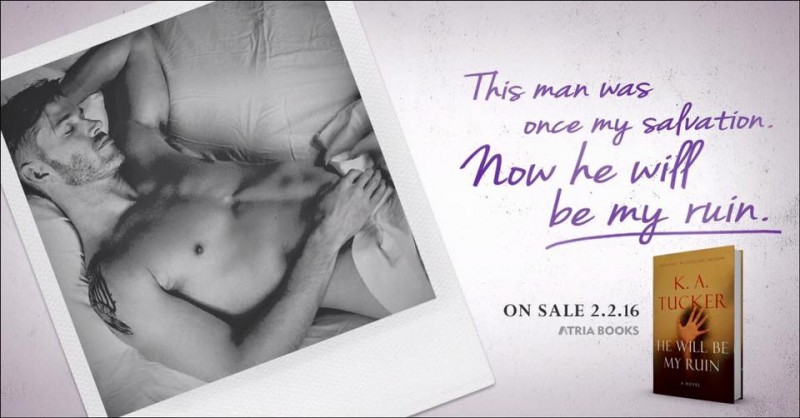