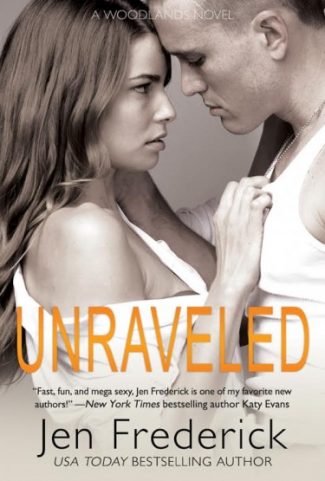 His tongue and mouth left mine to leave a hot, wet path from my mouth, across my jaw line, and down to my neck. My leg lifted of its own accord and he took it as a sign to hitch me up higher until both my legs either dangled off the floor or wrapped around him. I chose to wrap my legs around him and was rewarded with a thick hard column pressing into my sex. We both groaned at the contact and I could feel his sound against my neck. The reverberations sent minor shocks throughout my nervous system. Holding me up against the wall, he began thrusting against me rhythmically, every impact of his hips making me hotter and wetter than I remembered I could get

I gripped him tighter with my legs and dug my hands into his hair, using every bit of his body as leverage. He held me up with ease, as if I were a feather. One hand was under my right butt cheek and the other was exploring my left side, pulling out my T-shirt, only to find the tank underneath. Needing his mouth back, I tugged on his hair and he took the hint immediately. He fastened his lips over mine and we devoured each other, still rubbing our lower bodies against each other as the bass from the dance floor pounded the floor boards

Whimpering, I begged in moans and small cries for more. A familiar but almost forgotten tension was winding its way from between my legs outward. All thoughts of storage rooms and hallways and strangers were lost in a swirl of bright lights that were bursting behind my eyelids

“I got you, baby,” he growled against my mouth. “Just let go.” And so I did. I closed my eyes and let those long dormant feelings wash over me, spreading from the inside of my legs to the nerve endings in my toes and fingertips and the very top of my head. All the while, he kept grinding and grinding and grinding against me, whispering in my ear how I was the hottest thing he’d ever held, how he couldn’t wait to taste, how he’d die if he couldn’t be inside me tonight. 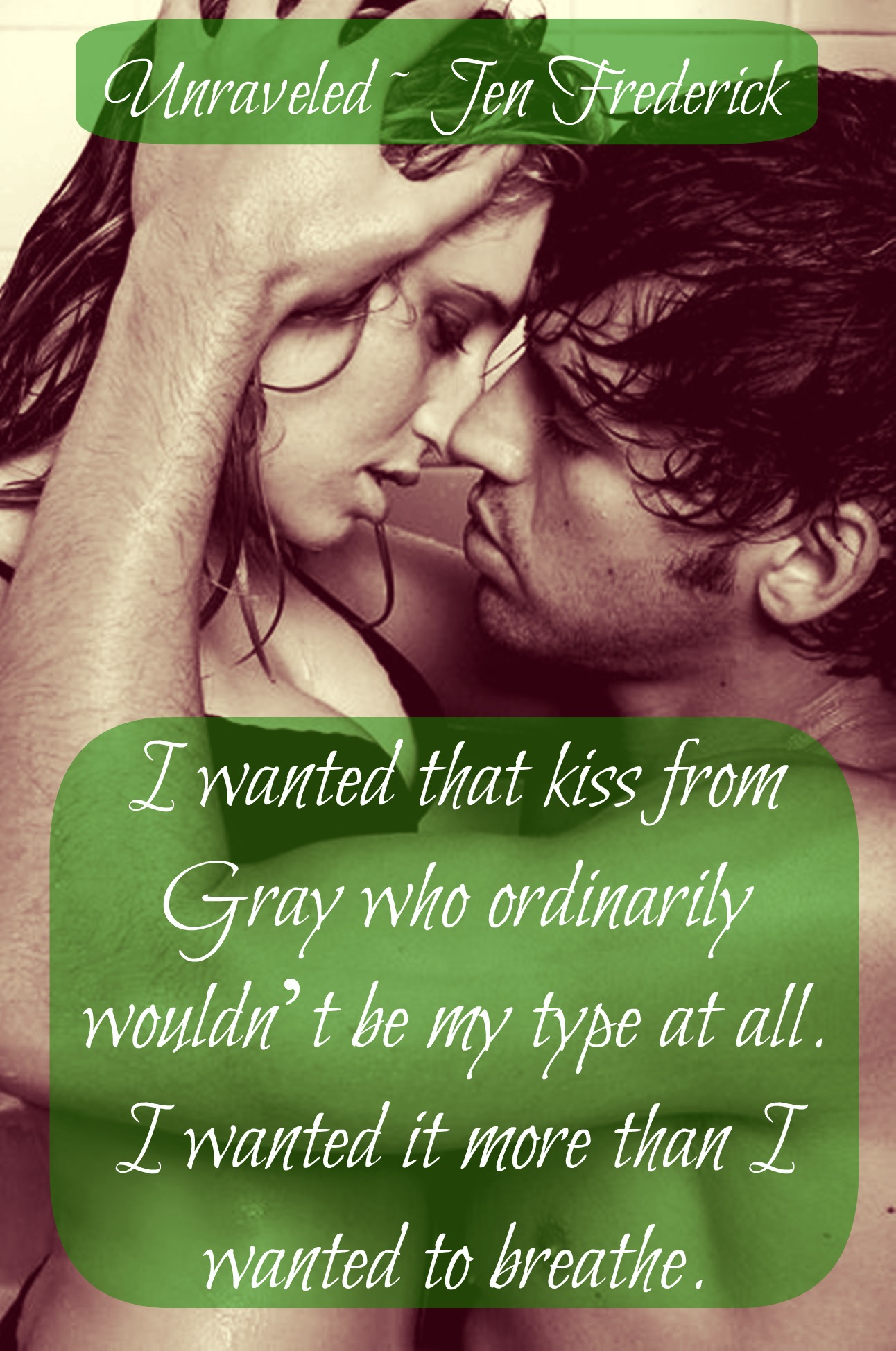 And I wanted that kiss from Gray who ordinarily wouldn’t be my type at all. I wanted it more than I wanted to breathe.

Just when I think the Woodlands boys couldn’t possible get any hotter, Jen Frederick proves me wrong. She combines hot, Alpha military men with a vulnerable side along with strong, yet slightly broken women all to equal to perfect equation. You are drawn in from the very first page, and each subsequent one gets steamier than the next. Your heartstrings will be pulled, your panties soaked, but most of all, you will be filled with hope. Hope for these couples, hope for love, hope for yourself.

“Honey, the biggest risk is loving someone. You of all people should know that.”

Right off the bat, we are introduced to Sam, a lonely war widow just existing. Not really sure what she wants to do with her life, she knows she is tired of trying to live up to everyone else’s expectations. I admired her strength. To go through the emotional trauma that she endured, and especially at such a young age, to lose the one you thought you would be with forever, well, it was impossible NOT to pull for her. Yet despite all of this, Sam didn’t lose her fire. She might have been a little of a pushover, but she it came down to it, she stood her ground and was not afraid to speak her mind. Reading about her and seeing everything through her eyes was extremely refreshing. She has such a positive outlook on life and didn’t walk around wearing rose colored glasses.

“I made you hot. My words turned you on. This arousal is mine and I want it.”

Enter Grayson “Gray” Phillips. Whew….this man will quite literally melt your e-reader. Like Sam, Gray is at a crossroads. He either needs to re-enlist or figure out what to do with the rest of his life. Feeling like he is being pulled in both directions, he takes leave and goes to stay with his buddies in Woodlands. Gray was burned in a past relationship, leaving him avoiding anything even remotely the same. He has hookups; friends with benefits. Nothing more, nothing less. He is only looking for something temporary. But you know what they say; sometimes when we aren’t looking, love falls right into your lap. There’s no use fighting it, no need to try and deny it. Their magnetism jumped from the pages and smacked you right in the face.

But I recognized grief and loss and sorrow and pain. I lived with it for years. Those feelings were intimate friends of mine and they dogged Gray too.

I fell SO hard for Gray and Sam. Whether the scene was sexy, tender, fun, or serious, I loved them all equally. The way these two connected and communicated, there was a pureness that was refreshing to witness. I could not get enough and would have kept reading forever if it was possible. But that’s what Jen does. She writes characters that are so relatable; you are instantly embedded in their lives, never wanting to return to a world where they don’t exist. I’m not sure which Woodlands man is next, but I cannot wait to find out! I’ll never get enough of these men and the women they love. 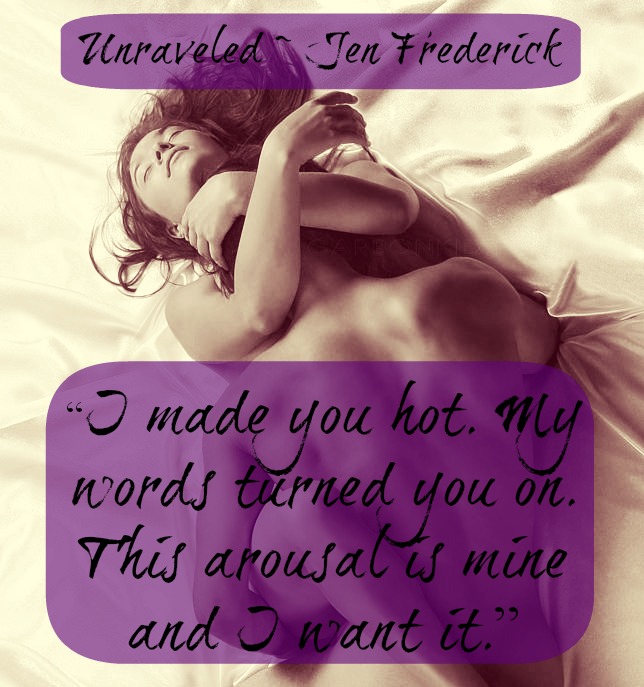 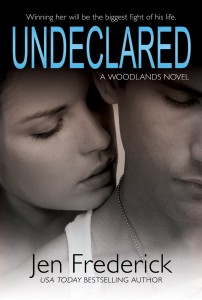 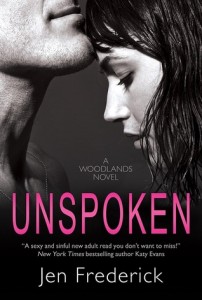 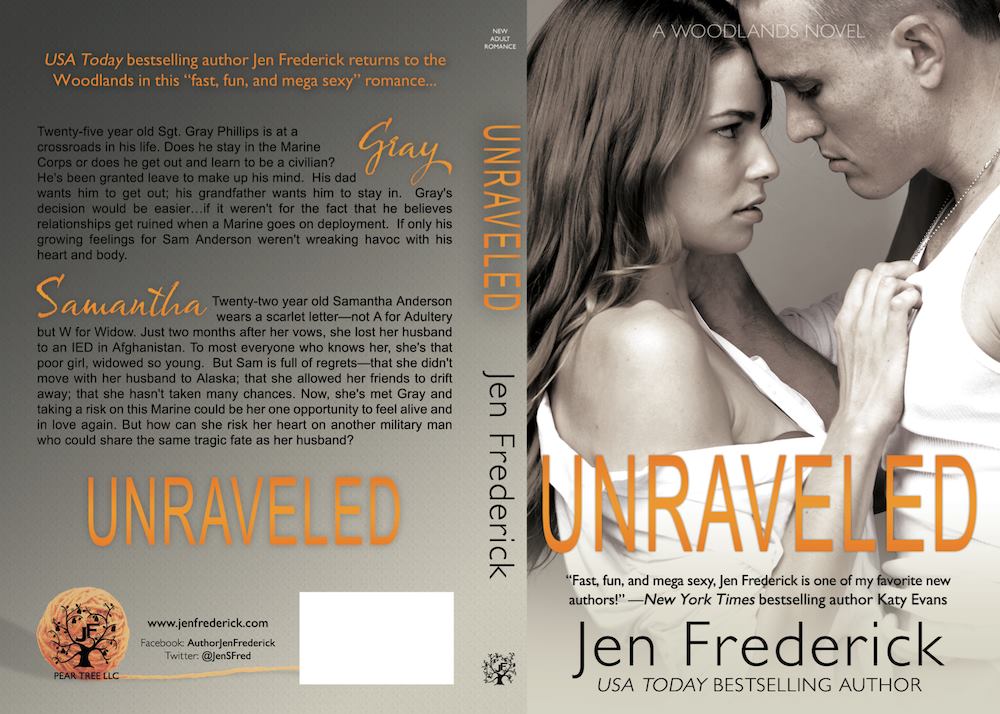 One response to “Review & Giveaway: Unraveled (Woodlands #3) by Jen Frederick”