Posted May 29, 2014 by bookstobreathe in Book Review, Giveaway / 1 Comment 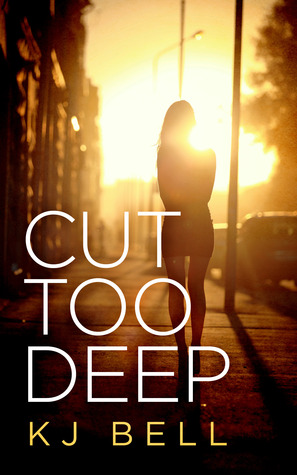 A woman traumatized by her past, beaten, battered, and unwilling to trust.A man held captive by his greatest failure, lost, and self-destructive.Letters that unexpectedly bind them together.Is their bond strong enough to survive each other?As a web of deceit is revealed, will they be able to determine what’s real, and what’s worth fighting for? Or will they crumble under the weight of secrets that cut too deep?Can Miller forgive himself and move beyond his fear of failing the one he loves? Can Hadley accept the love she desperately wants but doesn’t believe she deserves? 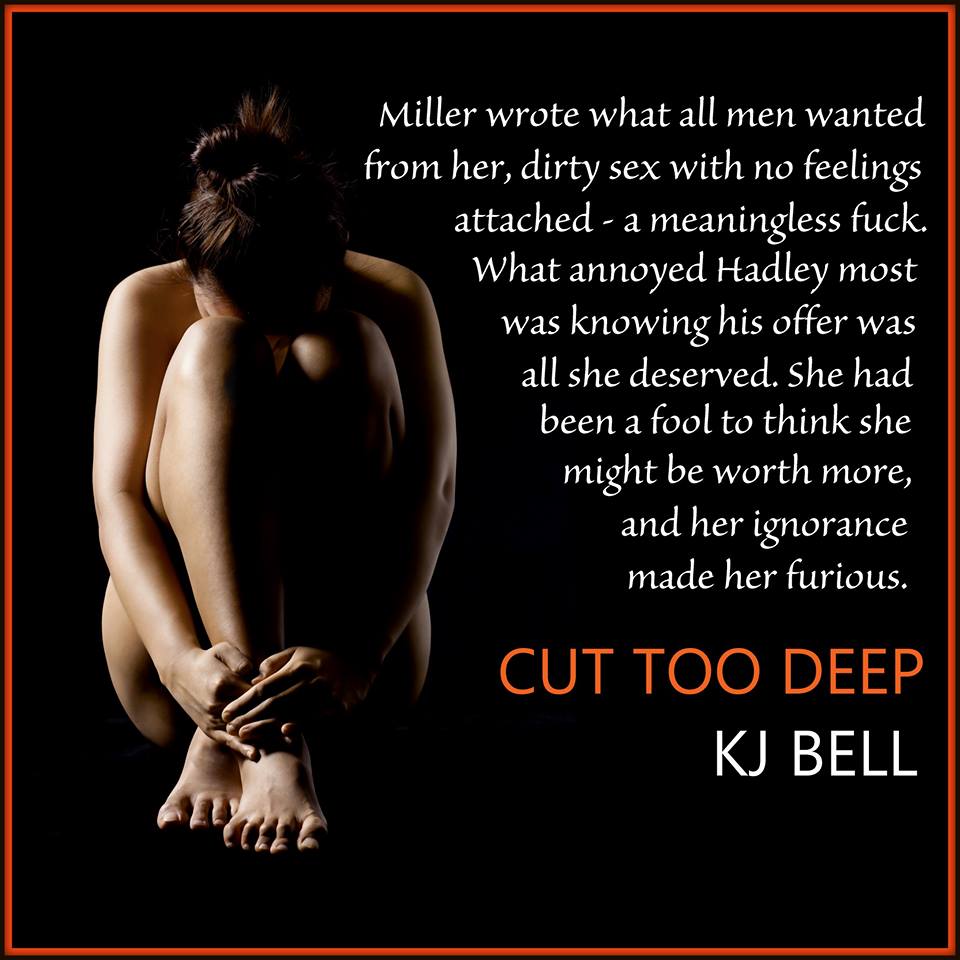 “Miss, are you coming?” Miller asked.

Hadley dragged her gaze from his neatly pressed trousers, stopping at his rugged and handsome face. Miller’s come-hither smile suggested he could make all of her fantasies come true. Not that she would ask him to.

She sought out the jagged scar that started in the middle of his chin and disappeared under his sharp jaw. It intrigued her. She had a similar one on her right cheek, faded and usually covered with foundation. His, thicker and more prominent, reflected a whisper of imperfection on an otherwise perfect male specimen. Only the stubble that typically shadowed his chin, hinted it bothered him. Hadley often wondered how he got it, but dared not ask. In truth, Hadley dared not speak to him, period.

“Miss,” Miller repeated, “are you coming?”

Of course, Miller meant into the elevator with him, but Hadley interpreted it with an alternate meaning. His question rang out literally—the way Hadley dreamt about the previous night, Miller making her come until she begged him to make love to her. Her trembling thighs had woken her from the tantalizing dream. 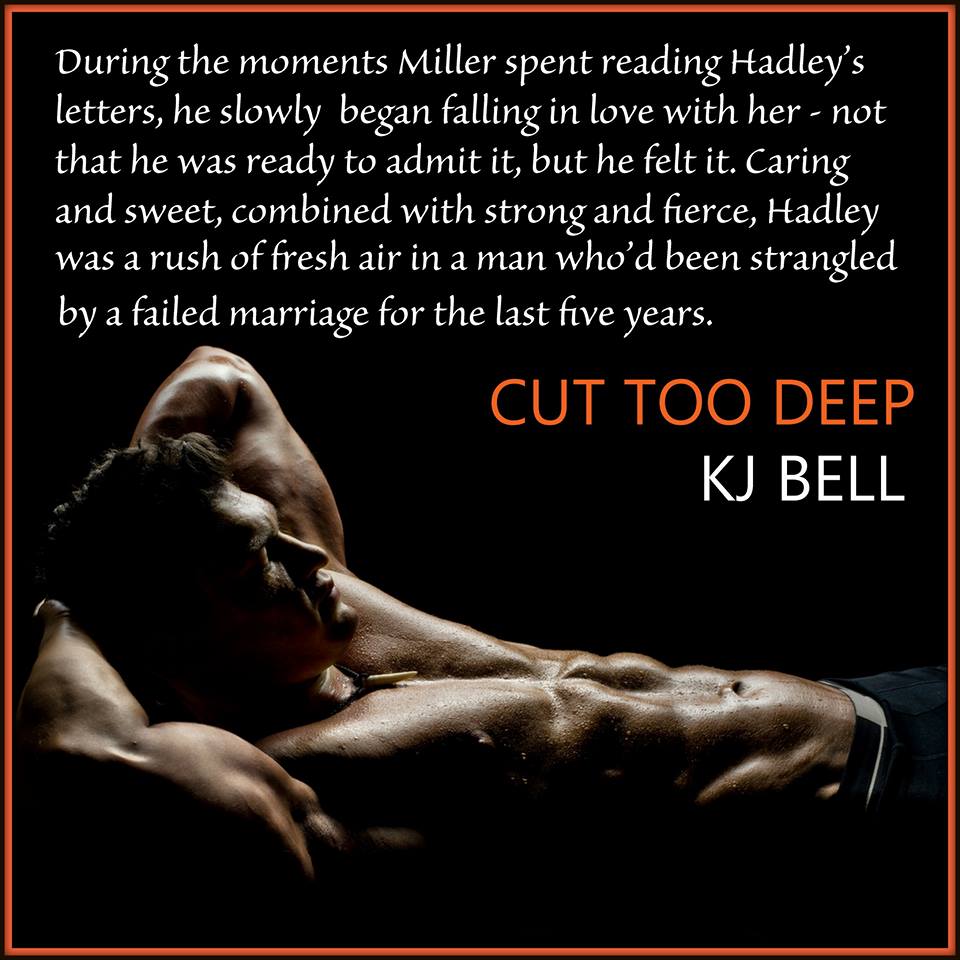 I’ll admit it; I almost stopped reading this book. Not because it was bad per se, but it just couldn’t hold my attention for very long. I am here to say that I’m glad I stuck with it and have never been so glad to be so wrong. This review will be unlike most of my others in that you won’t see any quotes I’ve highlighted. Sometimes, rarely, I read books and just enjoy them for what they are; a journey. There were no profound speeches, nothing I could think to make graphics out of; I just simply enjoyed the ride. It was a road full of self-discovery, overcoming past discretions and wrongs committed against them, but mostly it was a story of forgiveness and acceptance. I will say that what I thought the story was going to be going into this ended up being vastly different and through all my preconceptions right out of the window! And in the end I am not ashamed to say that I had to fight the urge to shed tears. This book, as only the best can, took an emotional toll on me but I enjoyed it every step of the way.

It’s difficult to describe any one detail about this book as they are all tightly woven together in an intricate pattern that only fully becomes known in the end. Like not many before it, this was one deep rooted onion, and peeling back all the layers was half the battle. Hadley and Miller’s journey begins when you least expect it and travels to places I never could have dreamed. I absolutely adored his family, every last one of them. I loved how rooted they were in their culture and how fiercely they protected La Familgia. To that extent, I believe that family is not only who you are born with, who you are blood related to, but also who you choose, and I loved who Hadley chose for her family. Here was a woman, who for all intents and purposes, should not be functioning in society, yet she was. Hadley was proof that it can be done. I promise when you read the story you will not only understand but agree with me.

Then we have Miller. Here was a man so intent on saving the world, running from the guilt of something he had no control over. Like Hadley, he is a mystery that I very much enjoyed unwrapping. There was just something about him that even from the beginning pulled me in. Though I was awestruck by Hadley’s strength, I was brought to my knees my Miller’s heart. This man loved with an unstoppable force and wouldn’t let anyone get in his way. He was the best kind of strong male character and one I didn’t realize I had been missing.

This was my first book from Bell, but based on this one alone I can guarantee I’ll be back for more! Highly recommend for anyone who enjoys an intricately woven story. You are guaranteed one here! 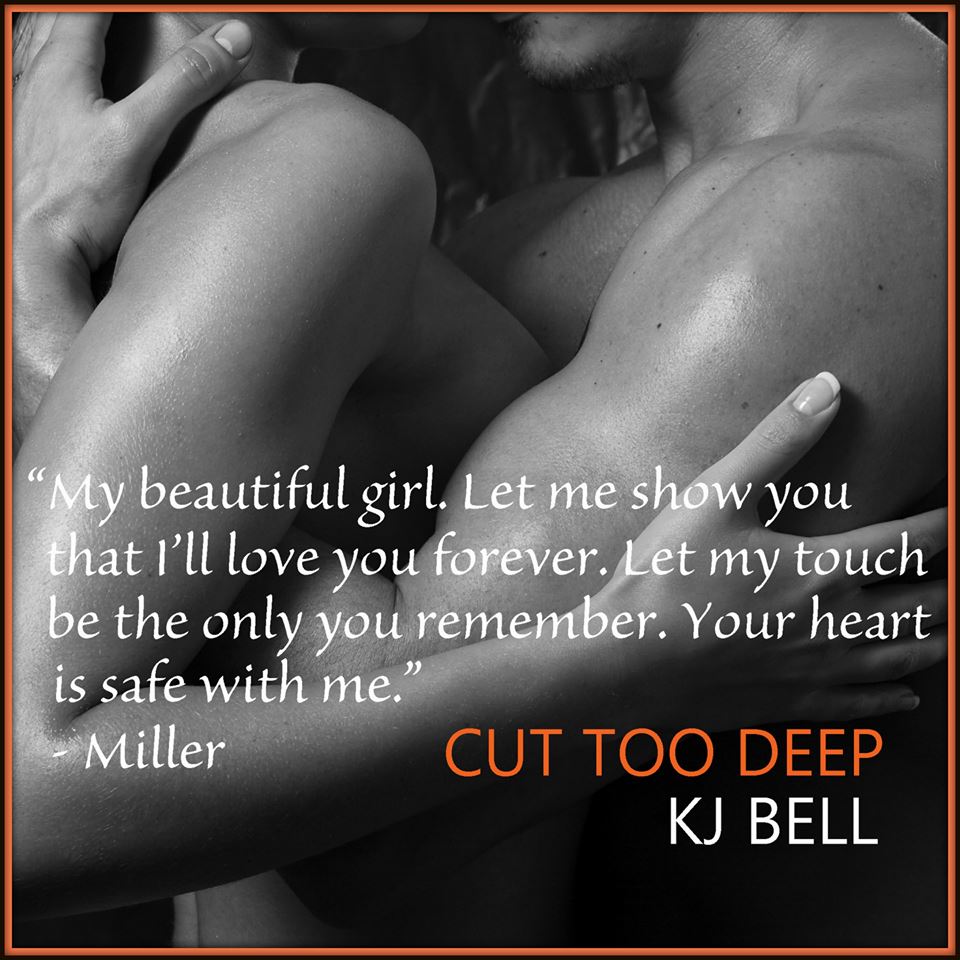 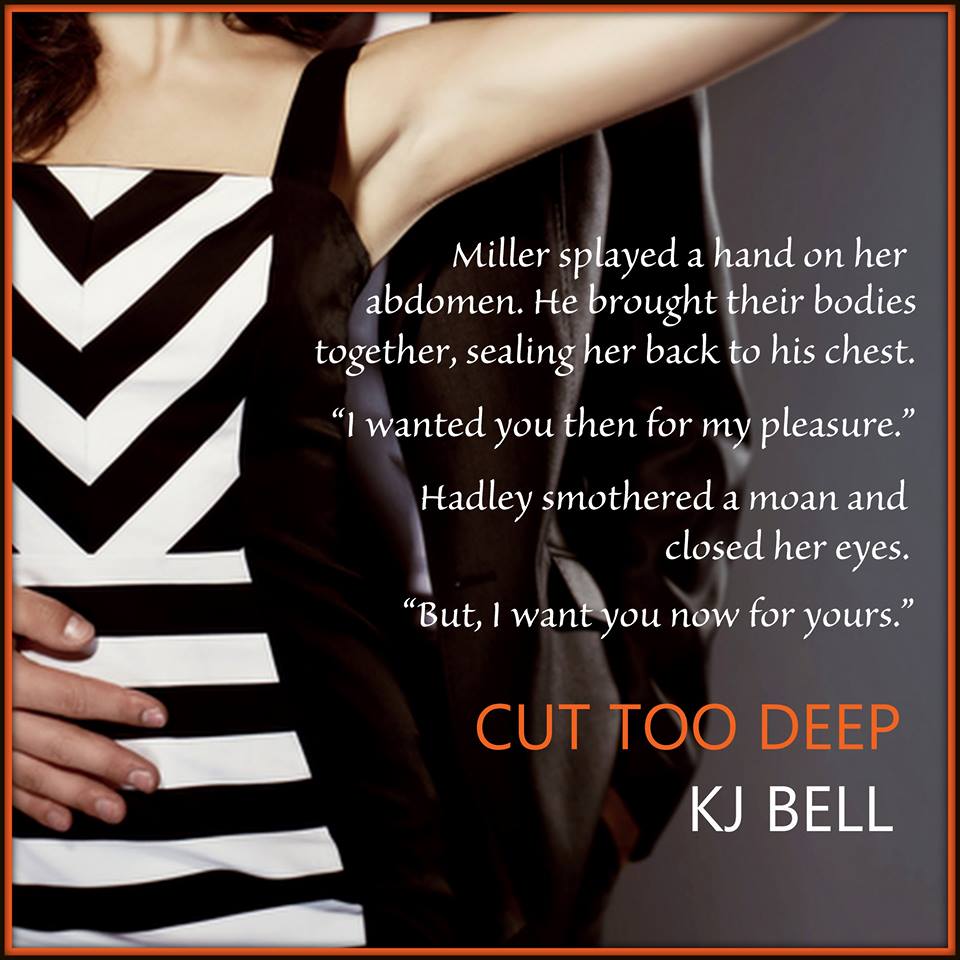 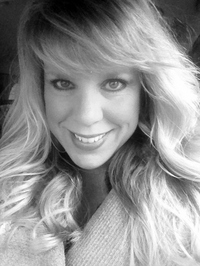 One response to “Review & Giveaway: Cut Too Deep by K.J. Bell”