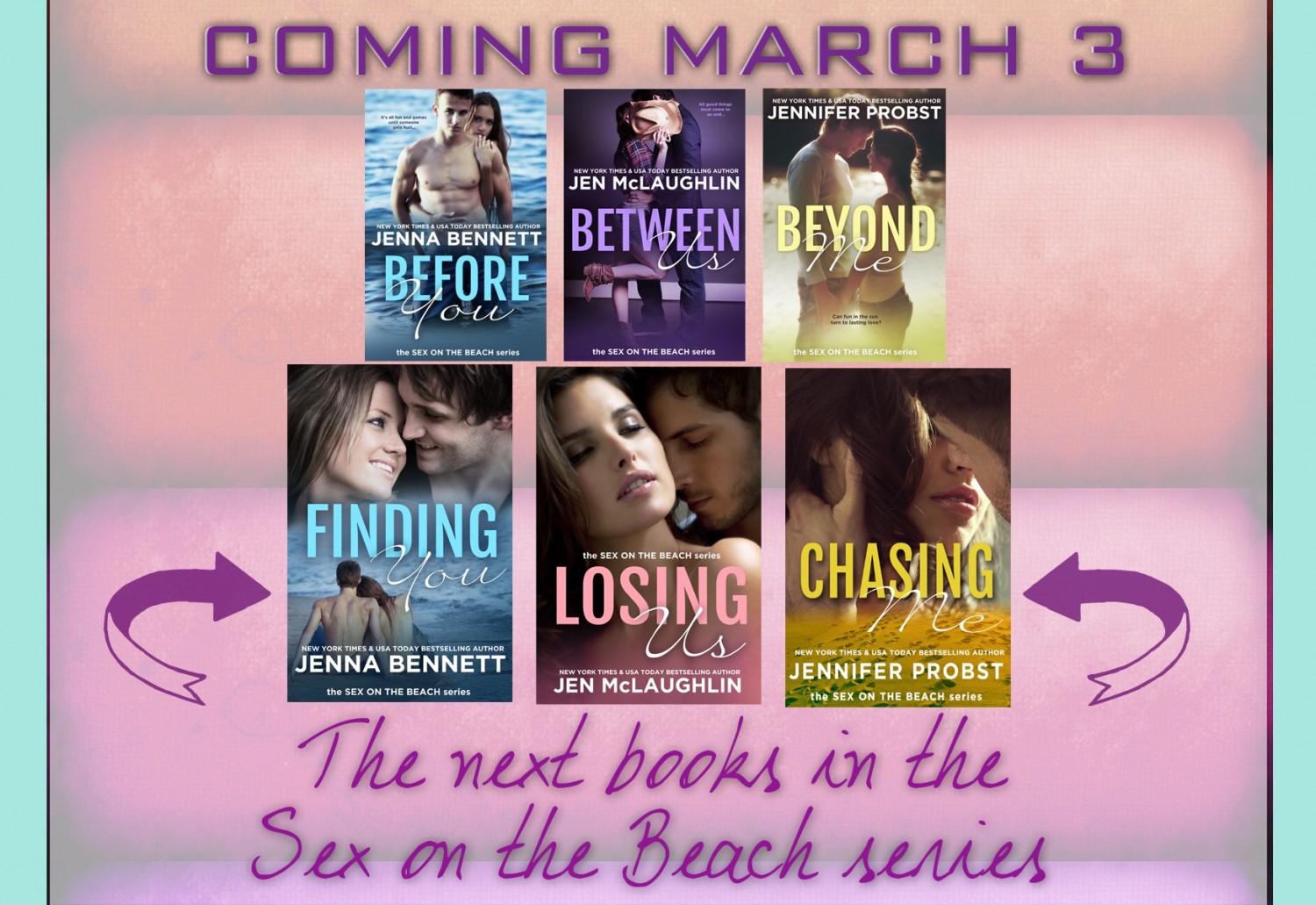 Today is the big cover reveal for the next books in the Sex On the Beach series!

This series includes the novellas Finding You by Jenna Bennett, Losing Us by Jen McLaughlin, and Chasing Me by Jennifer Probst.

Chasing Me by Jennifer Probst

Quinn and James’ Story Continues in Chasing Me…

It was supposed to be a love story….

I knew she was out of my league but I didn’t care. Looking back, I wonder if I hadn’t pursued her, would things have turned out differently? Is it Fate that determines our choices in life? God? Free will? Or just plain old innate selfishness?
I got her, of course. There hadn’t been a girl I wasn’t able to seduce. Problem was she seduced me right back, body, mind, and soul. She possessed me, tormented me, and showed me a world that was so bright and pure I was almost blinded.
Didn’t she know after such a drug I could never settle for less? Didn’t she realize no matter how many times I screwed up, or broke her heart, or bent her to my will, I’d never be able to let her go?
If I hadn’t known such intensity existed, would it have been better for both of us?
True love, the real kind, isn’t nice and sweet and pure. No, it’s dirty, and sinful, and messy. It’s like ripping a chunk of flesh from your body and watching yourself bleed out in slow, helpless intervals until you thankfully pass out.

This isn’t a love story. But it’s the only story I got.

Losing Us by Jen McLaughlin

When it all comes crashing down…

Everything I thought I had with Austin Murphy—safety, stability, the normalcy I crave but my celebrity lifestyle rarely allows—was ripped away in one night. I wanted to surprise him, but the joke was on me. Now I don’t know if I ever really knew him at all.

Someone has to pick up the pieces…

Mackenzie Forbes was everything I ever wanted and the one person I didn’t deserve. When a past mistake costs me the girl I love, I’ll do everything I can to get her back. We both have demanding careers and family secrets darkening our pasts, but I need Mackenzie in my future.

Sometimes everything you have to give just isn’t enough…

Finding You by Jenna Bennett

Sex on the Beach, the do-over.
I had a simple plan for what to do in Key West the second time around.

Testify at the trial of the rapist I helped catch last year.
Make sure he gets locked away for the rest of his natural life, so he can never, ever hurt another girl.
Wait for my BFFs to get to town, so we can celebrate.
And stay far away from Ty Connor, because three months after breaking up with him, I still don’t know whether being with him is worse than being without him.

Spring Break, take two.
All of the above? Out the window.
Turns out testifying is a lot harder than I thought it would be.
Not only is the rapist I helped catch last year not locked away for the rest of his life, he’s on the loose and looking for me.
Oh yeah, and it’s definitely harder being without Ty than being with him, especially when I have to watch him with someone else.
Welcome to my world.

Losing Us | Chasing Me | Finding You 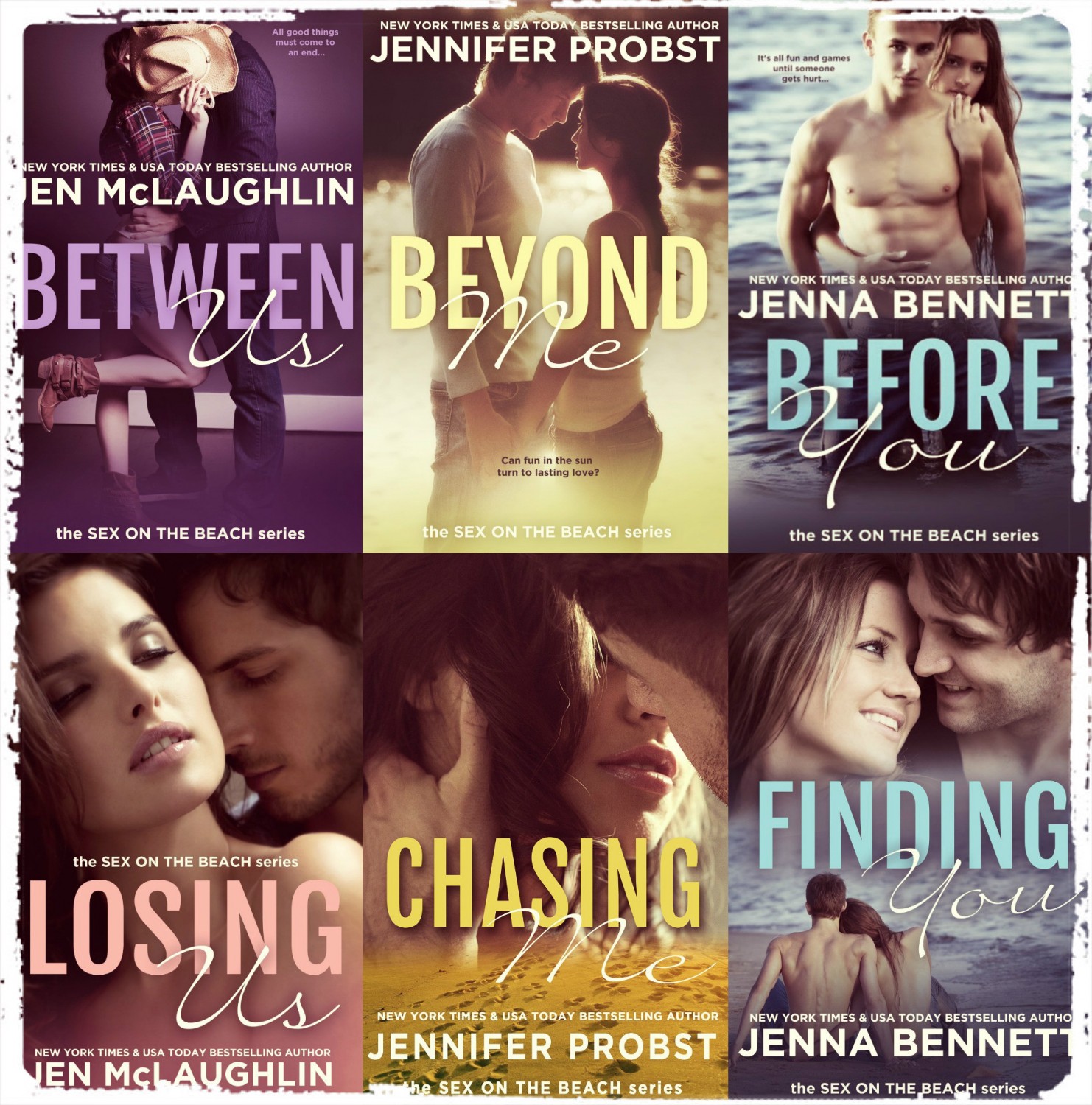 Purchase the Previous Books In the Series 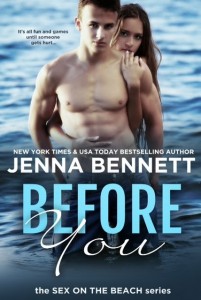 Before You by Jenna Bennett

It’s all fun and games

I had a simple plan for spring break.

Sun, sand, and a hot guy. Sex on the beach, with no strings attached.

A chance to get rid of this pesky virginity once and for all.

And when I met Tyler McKenna, I thought I had it made.

Until someone gets hurt

But then girls started turning up at Key West landmarks. Girls who looked like me, but with one crucial difference: They’d all been drugged and relieved of their virginity.

And now I’ve begun to wonder whether there isn’t more to him than meets the eye.

Suddenly, sex on the beach doesn’t sound so good anymore… 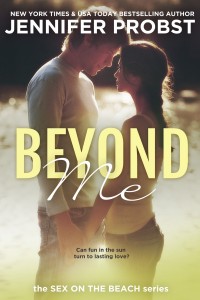 Beyond Me by Jennifer Probst

CAN FUN IN THE SUN TURN INTO LASTING LOVE?

Spring break in Key West with my besties was supposed to be casual fun. But I never expected to meet James Hunt. Sex and frolic? Yes! A relationship? No. But his hot blue eyes and confident manner drew me in. And when he let me see the man behind the mask, I fell hard, foolishly believing there could be a future for us. Of course I never considered our relationship might be based on lies…or that his betrayal could rock my foundation and make me question everything I believed in…

OR WILL A LIFE BUILT ON LIES RUIN EVERYTHING?

The moment I saw Quinn I knew I had to have her. She hooked me with her cool eyes and don’t touch me attitude. I had it all, money, social status, and looks. I could get any girl I wanted…until her. When my friends challenged me with a bet to get her into bed by the end of the week, I couldn’t pass it up. But sex wasn’t supposed to turn into love. She wasn’t supposed to change me, push me, and make me want more for myself. She wasn’t supposed to wreck me in all ways. And now, if I can’t turn my lies into truth, I just might lose her forever… 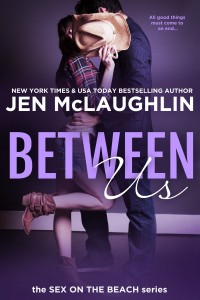 Between Us by Jen McLaughlin

I’m a famous country star who’s spent her life cultivating a good girl persona to avoid bad press, but I’ve reached my limit. I’m going away for spring break with my two best friends from college, and we’ve vowed to spend the vacation seeking out fun in the sun—along with some hot, no-strings-attached sex. The only thing I needed was the perfect guy, and then I met Austin Murphy. He might be totally wrong for me, but the tattooed bad boy is hard to resist. When I’m in his arms, everything just feels right.

I’m just a bartender who lives in Key West, stuck in an endless cycle of boredom. But then Mackenzie Forbes, America’s Sweetheart herself, comes up to me and looks at me with those bright green eyes…and everything changes. She acts like she’s just a normal girl and I’m just a normal guy, but that couldn’t be further from the truth. My past isn’t pretty, you know. I did what I had to do to survive, and she’d run if she learned the truth about my darkness. But with her, I’m finally realizing what it’s like to be alive. To laugh, live, and be happy.

All good things must come to an end…

Jennie Bentley is the author of the New York Times bestselling Do-It-Yourself Home Renovation mysteries from Berkley Prime Crime, while Jenna Bennett writes the USA Today bestselling Cutthroat Business mysteries for her own gratification. Jenna is also the author of various forms of romance, from contemporary to futuristic, and from paranormal to romantic suspense, including the award-winning Fortune’s Hero, first in the Soldiers of Fortune series: winner of a 2012 SFR Galaxy award for best Enemies to Lovers story, as well as the 2012 WISRWA Write Touch award for best FFP – fantasy, futuristic, paranormal – romance of the year.

A former Realtor® and renovator and current full-time author, Jenna/Jennie lives in Nashville, Tennessee, with a husband, two kids, an African dwarf frog, a goldfish, and a hyper-active dog. Originally from Norway, she has spent more than twenty years in the US and still hasn’t been able to kick her native accent.