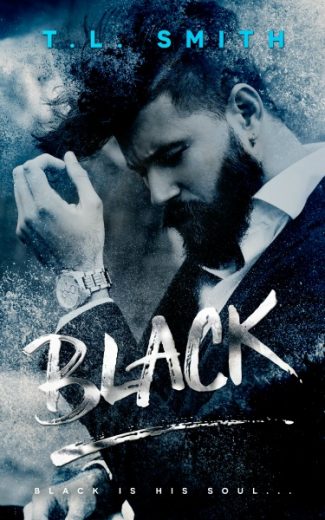 I am loyal, but I will betray you.
I am strong, but I have scars.
I am an angel, but the devil.
I met her when I was sixteen and she was a breath of fresh air. She swooped in, making me smile. But then she left, taking my next breath with her.
Her smile could light up a room, making my black heart pitter patter.
I found her again ten years later, with a syringe in her arm.
Blood coming from between her legs.
She was broken and I was glad she was broken. She wouldn't think less of me and my damaged ways. 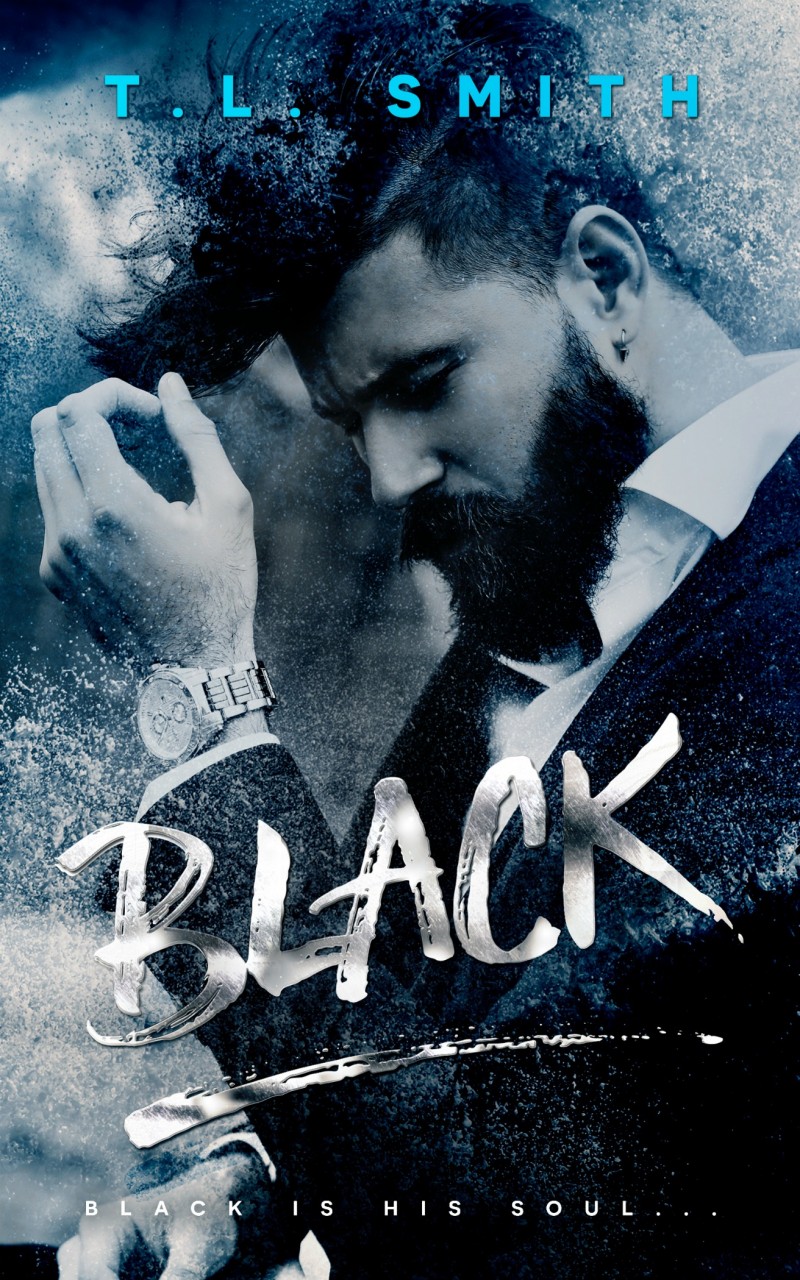 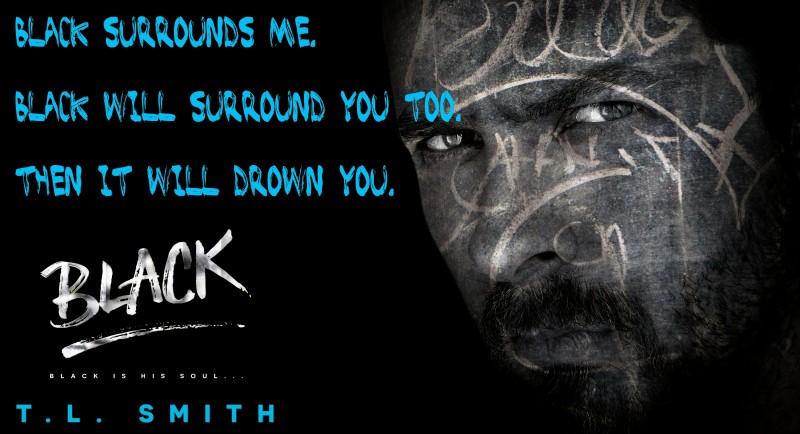 She was sitting there, just doing nothing other than picking petals off of a flower. I thought that it was weird. What sixteen-year-old girl sits in the dirt and picks petals from flowers? It was such a strange thing to watch, her long blonde hair that ran all the way down her back was clean and brushed, her clothes were unblemished apart from the front of her legs where she was kneeling in the dirt. I could see her mouth moving. She was counting, or was she saying something I didn’t quite understand, and I didn’t have the time to sit there and watch her. I had places to be, and deals that needed to be made. But when I walked past the park late that night and saw her hunched back just sitting there, it certainly had me wondering why. It was late, black was the sky, not a cloud about. I was positive it was going to rain any minute. I smelt it in the air, but she didn’t seem to notice. What a peculiar girl.

I looked at her one last time, the lamp in the park illuminating her like an angel. Kicking a rock at my foot, I turned the other way and started walking.

“Stop!” a voice called out to me. My feet halted. That voice was like velvet—sweet and soothing. I wanted to put one foot in front of the other, to force myself to take another step, to ignore what she wanted or what she wanted to say. But I knew I couldn’t. I was drawn to her and it was weird. I’d seen her before because she was in my class at school. One I barely went to, but attending a little was mandatory before the authorities got involved. She sat with the cool kids, the kids with money and nice cars, people older than herself. She was my age, I knew she was. She was in most of my classes, always sitting there with her glasses on, lost in thought.

I turned. I just had to. She was standing now, looking my way. She wouldn’t be able to see me properly—I wasn’t under a street lamp. Her hair was so long and blonde it almost touched her hips. Her pants dirty, she looked different, odd, hurt. So many emotions running over her face.

She took two steps forward, bringing herself closer to me. Closer to danger. She stopped and squinted, as if she was trying to see me better, but couldn’t.

“Have you ever loved someone so much the thought of them hurts?” she asked in a small voice. I tilted my head to the side. Why would she ask me that? She didn’t know me. She stood there, waiting for me to answer. I couldn’t give her anything in return—I didn’t, couldn’t, wouldn’t.

She moved closer, each step slower as she came forth. She came face to face with me, looking up, her face dark from the night sky, but somehow so vibrant in front of me. She reached for my hand, laced her fingers through mine, and tugged me as she ran. I didn’t stop her—couldn’t, wouldn’t.

She ran all the way to a cliff, a place I’ve been to before. But looking down over the side I saw nothing but blackness. The water was unusually green—no one has ever been able to touch the bottom of this swimming hole. People tell stories that cars are lost, even bodies. No one knows for sure, as no one can reach the bottom of its murky depths. It was basically a green hole surrounded by walls. People came during the summer to try jumping from the highest points. But it was hard to climb out once you dove in. You had to find a rock that was close enough for you to pull yourself up from the water and then climb up the sheer rock face.

I looked back to her, wondering what we were doing. I hadn’t said a word, she hadn’t since we arrived. She took her now dirty pants off, dropped them to the ground, and then her top. Her hair covered her, but I could just make out the outline of her body.

“Will you swim with me?” she asked, looking up at me. I thought about it—I was there, so why not? Then I hesitated. I had places to be, beatings I would receive if I didn’t show up. Then thought, fuck it. This better be worth the beating. I dropped my jeans, leaving me in boxer shorts, threw my shirt on her pile and looked back at her. She was watching me. I liked it. She grabbed my hand again, laced our fingers together, and started to count.

“Two…” she released another breath, “I want to be loved.” I was watching her with intense interest. She was so different. She looked to me, a lone tear sliding down her face. So lonely. She nodded for me to do the last, but I didn’t know what to say. I thought about it and kept coming up blank.

“Three…” I finally spoke, and she gave my hand a squeeze, “I want to stop the beatings.”

The water was cold. It gave me chills, running up and down my spine. Our hands broke apart as we hit the water. I came up first and couldn’t see her anywhere. I looked around frantically. She couldn’t have drowned. Surely she knew how to swim? Two hands came around my neck, pulling me down. She laughed in my ear when I didn’t go down too far. Her laugh was the most beautiful thing I’d ever heard. I wanted to hear more of it, often.

“I like you,” she whispered, and I instantly wondered why. How could this beautiful girl like me? I was the most hated person in school, people were afraid of me. They never spoke to me, always looked the other way. And yet here she was, glued to my back and laughing in my ear.

“You know who I am, right?” I said, and then started swimming with her on my back, her legs came around my waist. She kept on laughing every time I took us under and surfaced with her still on my back. I managed to untie her from my back and spun her so she was face to face with me. She looked at me then, and I could just make out the blue in her eyes. Her smile was broad. I picked her up as much as possible and threw her backward. She surfaced laughing and coming straight back for me, tangling her legs around my back again. I swam around, tiring myself out. Listening to her sing, she was peaceful. I liked that about her.

“I have to get home, it’s late,” she said, swimming backwards away from me, heading toward the rock, where she found one she could climb. She dressed quickly, and just before she disappeared from the side she yelled out to me, “Come to school tomorrow,” and then she left.

My face wasn’t as bruised as it usually was. Last night I had done my job, but it was late. So I was beaten—black eye and possible cracked rib—but I was going to school. When I turned up, she was sitting on the steps. Her glasses perched on her nose, head down in a book. I was thinking about tapping her shoulder, telling her I was there. Then I thought better of it and walked straight past her. She caught me, though, her hand snaking out and trapping my ankle. My first instinct was to kick, but I didn’t want to risk hurting her. She looked up, and her eyes now looked like an intense storm. The blue came through like the sky. She smiled and stood.

“We have math together,” she said, handing me her bag while keeping her head down and reading. I threw her bag over my shoulder and we walked to our first class, people giving us odd looks as we went.

Class was nearly finished before she said a word to me. She sat next to me but hadn’t looked up since devouring her book.

“I think we should kiss,” she said, her head now lying on the desk, staring up at me. I pulled a face at her, because that was the weirdest thing she’d said. Considering last night was weird, this was weirder.

“Okay, I want you to graffiti my name on the wall for me,” she said. I wondered if she was using me then. I thought it was possible but dismissed it. The bell rang and I took her hand this time, running from the school. She screeched and laughed, and my heart swelled. I loved that sound.

I stopped at the train station. The trains where arriving. No one was around, so I pulled two cans out of my bag. We walked behind one train so we weren’t in clear view and tagged my name. I gave her the other can and she lifted it and sprayed me. I was in shock, but she was trying to contain her laugh. So I did the same to her, painted her white shirt bright red. Soon we were both covered in blue and red paint, laughing and not even paying attention until we were called. I grabbed for her hand again and ran. We stopped in the bushes, both out of breath and full of adrenaline. She looked up at me, smiled, and placed her soft lips on mine.

It was surreal, I’d been kissed, and I’d even fucked, but never someone like her. Someone so perfect, so beautiful.

She broke away, smiled, and said, “Told you I wanted to kiss you.”

I was hooked, and from that day forward I went to school every day just to see her. Just to get a glimpse her. She rewarded me daily with a kiss, and it went on like that for a month. We sometimes stayed in school, but often we snuck out doing the most random things we could think of. And it made me happy, she made me happy. Then one day she didn’t turn up. I waited. Then the next day, another no show. I waited months for her until I realized she was gone and not coming back. After that I went back to my old ways, back to the bad. She was the light and she took it with her that day, stole it and never gave it back. 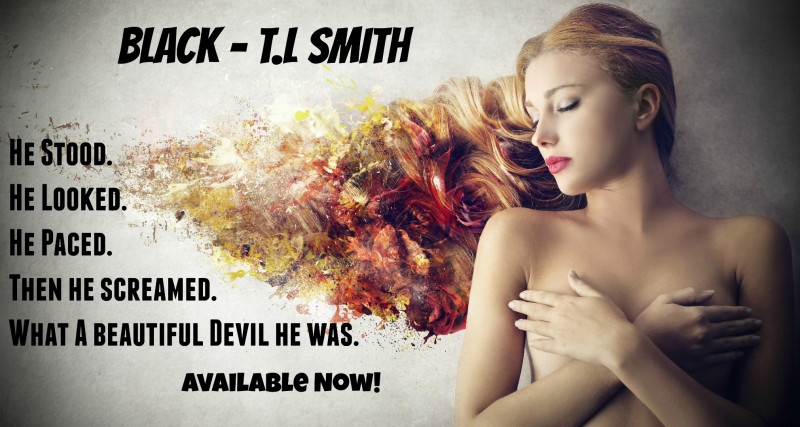 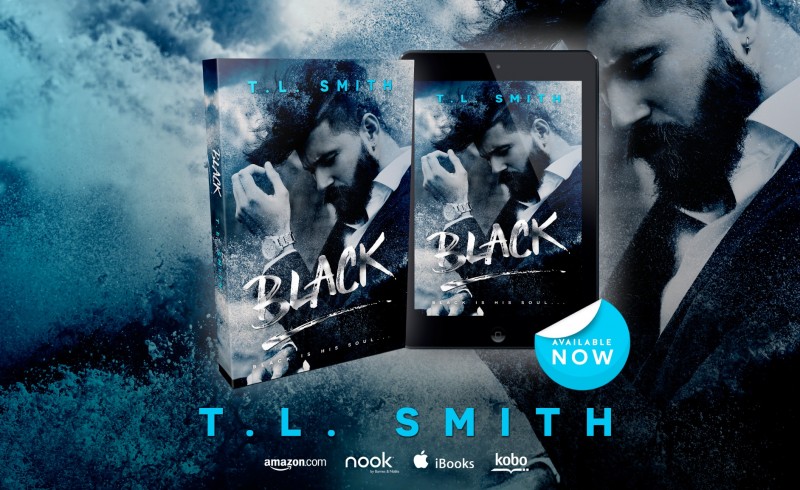