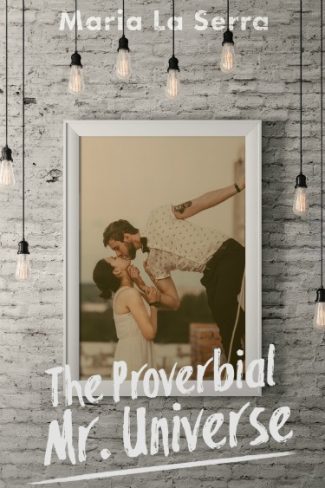 Dear girl with the red scarf,
Love was never meant to be conquered; you have to surrender to it.
Trust me. After all, I am Mr. Universe.

When the universe conveys a message, you listen.

Olivia Montiano just caught her fiancé cheating. Now she is forced to question what she wants out of life and love. Striving to live up to her father’s unrealistic standards for the past twenty-three years, every decision she has ever made was with her father’s wishes in mind—until she finds mysterious, handwritten letters tucked away in places only meant for her. That’s when she realizes she’s been on the wrong path all along and gives her heart to a guy her father thinks is entirely wrong.

Washed-up abstract artist Nick Montgomery has had quite a few setbacks in life. He’s become accustomed to never needing anyone, thinking he’s just fine—until he meets the girl with the red scarf. She’s not his type. But the universe has other ideas. Nick has a secret he’s keeping from her, afraid it will bring their new relationship to a sudden halt.

Will they figure out what the universe holds for them? 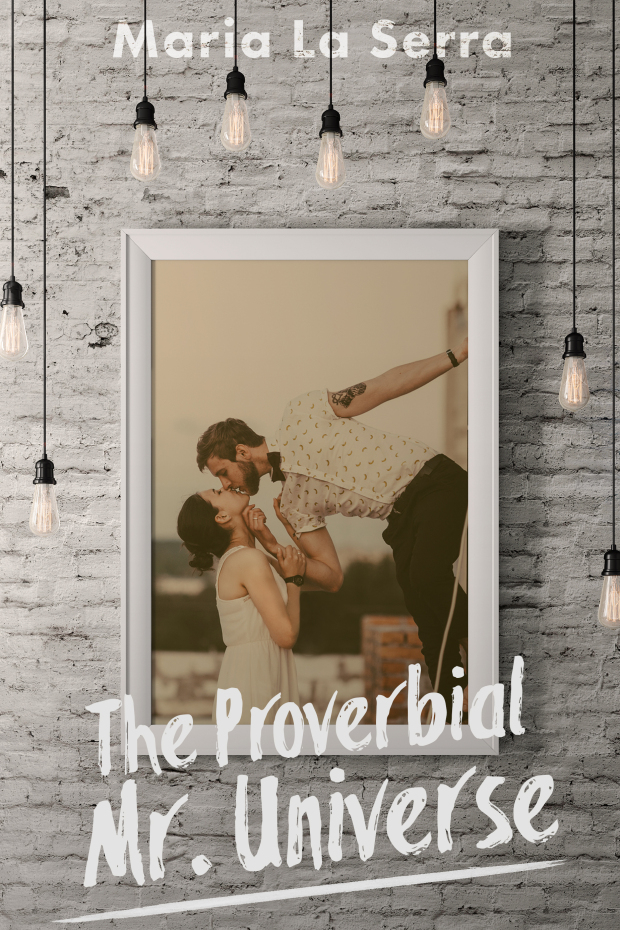 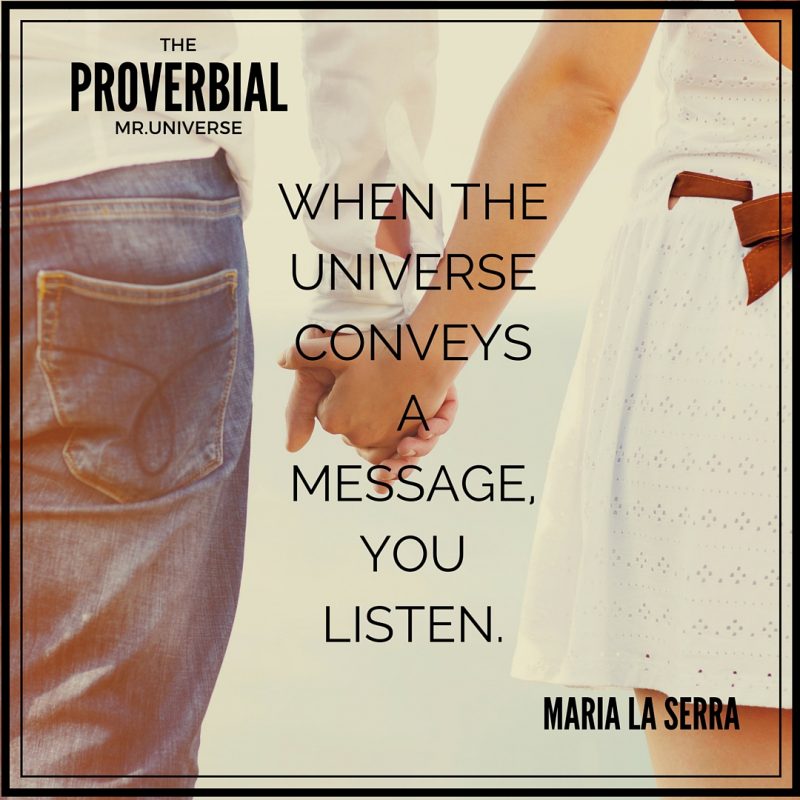 “Are you hurt?” He opened her door.

She inspected herself. “No … I don’t think so.”

“Are you sure?” He looked her over.

An expression of relief crossed his face. “Hey, if this is some foolish attempt to stop me from going on that date, you could have just said so.” He smiled, trying to make light of things.

“Is he right? Did I go through a red light?”

“I didn’t see what happened. What’s important is that no one got hurt,” Nick reminded her.

“Is she okay?” A stranger’s voice came from behind Nick’s shoulder.

“I’m fine,” Olivia said as she unbuckled her seat belt. With shaking limbs, she tried to slide out of her seat.

“Whoa, where do you think you’re going?”

Reality began to set in. The space inside started to reduce in capacity. All kinds of wild scenarios filled her head. This was close. She could have died.

“I think you should wait until the ambulance comes.”

“No, you don’t understand. I can’t breathe.” Olivia’s hand went up to her chest, her breathing rapid.

Nick searched around for someone to help them. “Olivia don’t move. I’ll be right back,” Nick reassured her.

Her whole body shook. This was something Olivia never felt in her entire life, so out of control, and it frightened her even more. She grasped onto his coat with urgency, desperately not wanting him to leave her.

“Please don’t go,” she begged, catching him off guard. His eyes softened as he took her hands into his, as though to keep them warm.

“Hey, I am not going anywhere, Olivia. I promise,” he said a matter-of-factly. He brushed her hair out of her face, his stare … so intense. Olivia now realized why she always avoided direct eye contact when she saw him walking down the street. She would purposely pretend to text someone or look inside her purse, so she didn’t have to face him. It was never the question that she disliked Nick; it was because of the way he provoked something inside of her, that she couldn’t quite grasp.

“Olivia, look at me,” he said, continuing to hold her hands in his. When he got her attention, he continued. “You’re going to be okay. Trust me.”

She avoided gazing into his eyes. What was it about him that made her so compelled to give in, but felt she couldn’t? Like she wasn’t allowed to.

“I know this might sound lame, but it works for me when I get scared.”

She opened her eyes. “You don’t seem like the type who gets scared, Montgomery.”

“It might come to a surprise to you, but I’m human. Shocking, I know.”

“Picture yourself in a place away from here. A place quiet and safe.”

When she didn’t say anything, he continued. “Are you picturing it?”

“Shhh … I thought you said somewhere quiet. You keep on talking.”

He gave a little chuckle “Alright, where are you?”

“Hmmm … I’m on some beach with the ocean right in front of me.” She smiled. “It’s beautiful.”

“Describe it to me?” he asked.

“It’s spectacular when the sun hits the water in a certain way that it changes from turquoise to a darker blue, so vivid and bright …”

“You make me wish I was there.”

She didn’t realize at what point her body stopped shaking. She gently opened her eyes to Nick’s concerned gaze. Those soulful eyes touched her, like she been seen for the first time. She’d never been this close to him before, so close, in fact, she could see the clarity of his eyes. Every shadow and light flickered inside.

Why did she believe they were brown?

“Since when have your eyes been blue?” she asked.

He blinked several times “Ah … since I was born. Are you sure you’re okay?”

“Right. No, I’m not sure.” Olivia wondered what else about Nick Montgomery she had been completely wrong about when the sound of sirens in the near distance shifted her train of thought. The flashing lights appeared from behind him. Help had finally arrived. 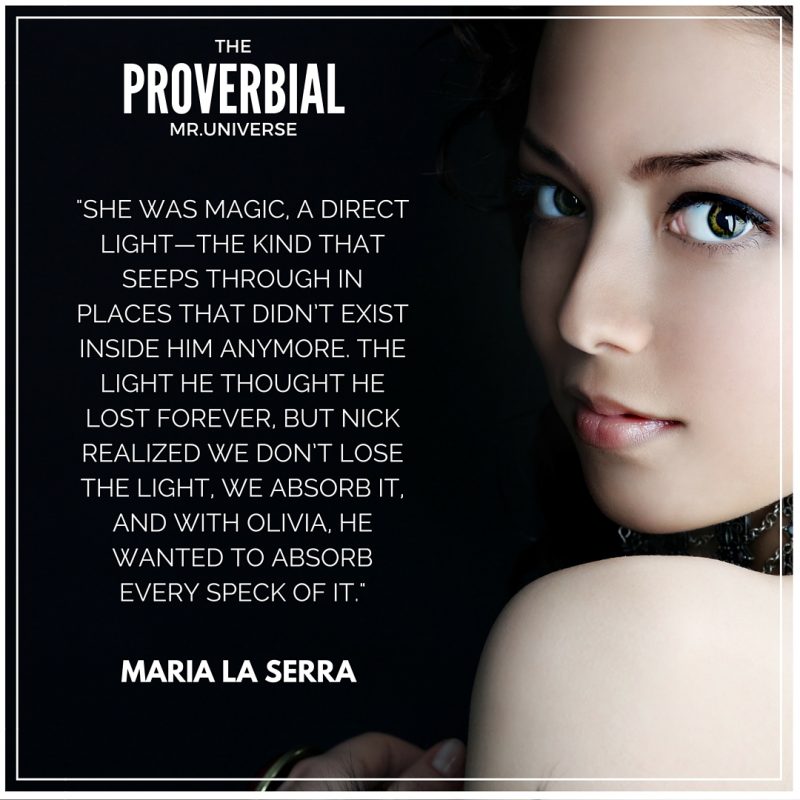 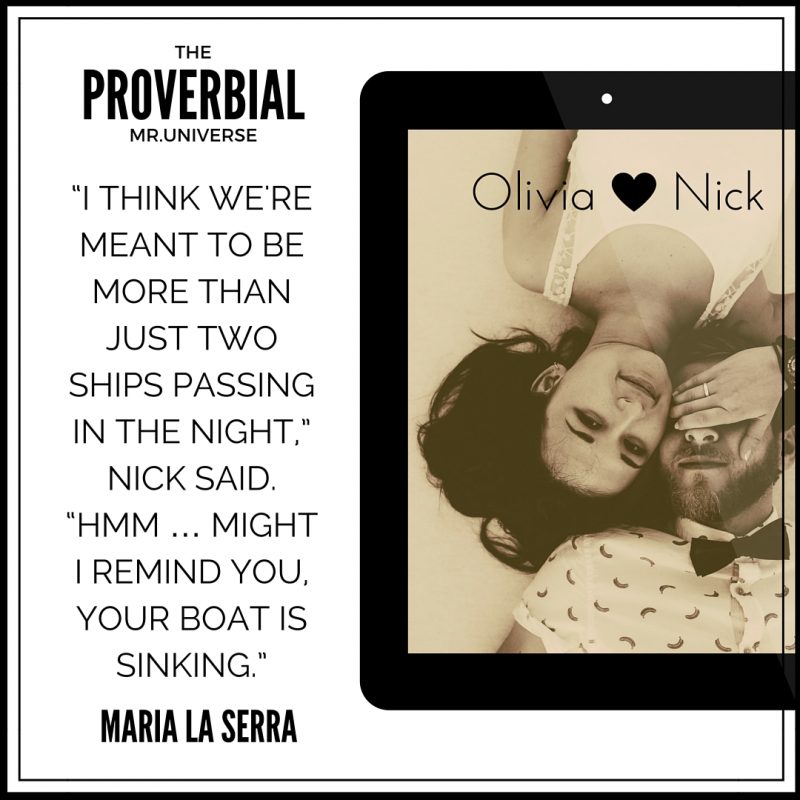 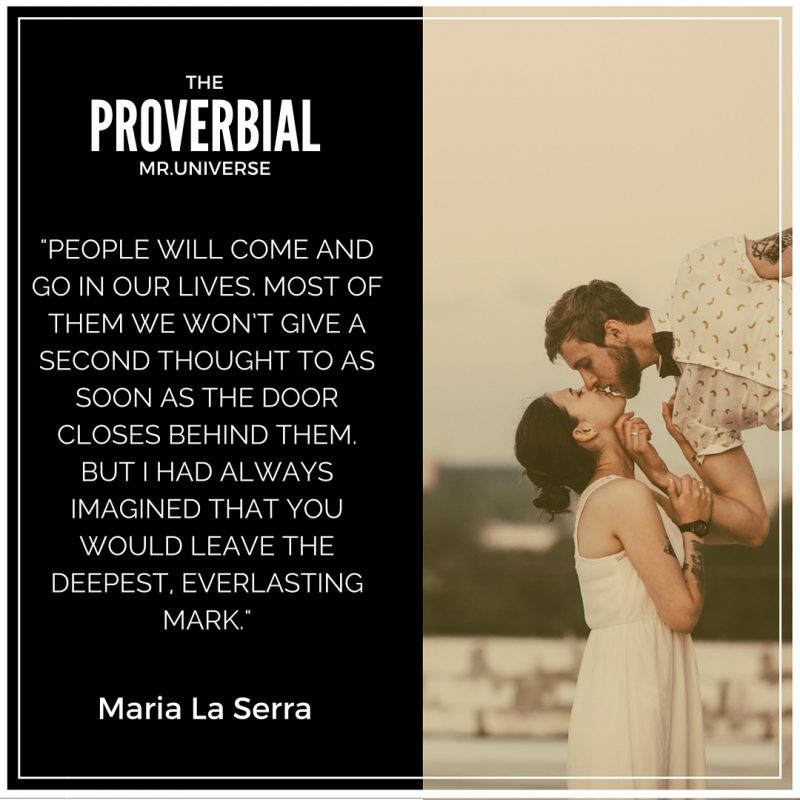 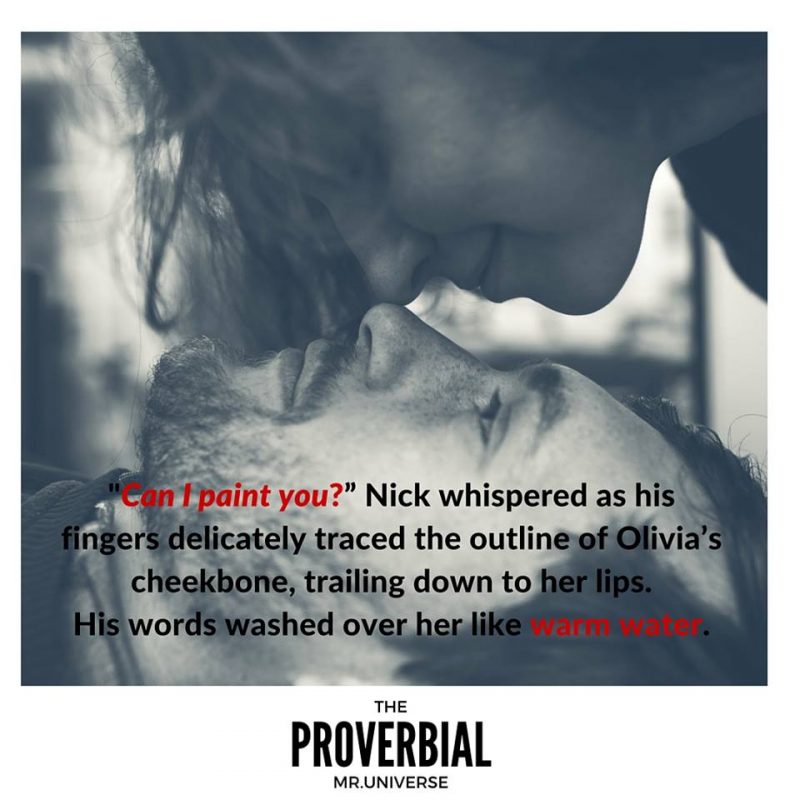 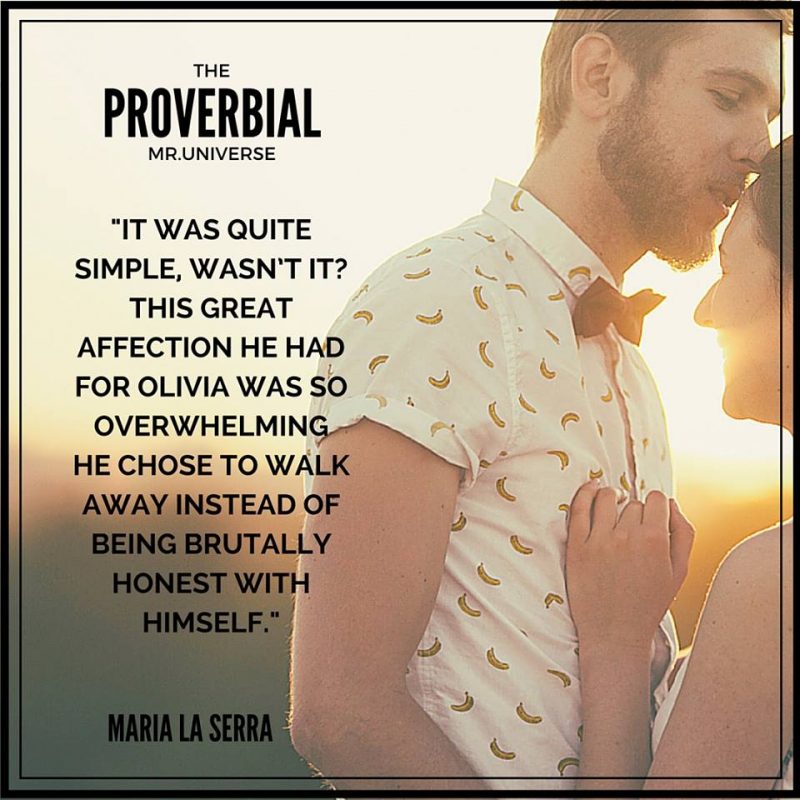 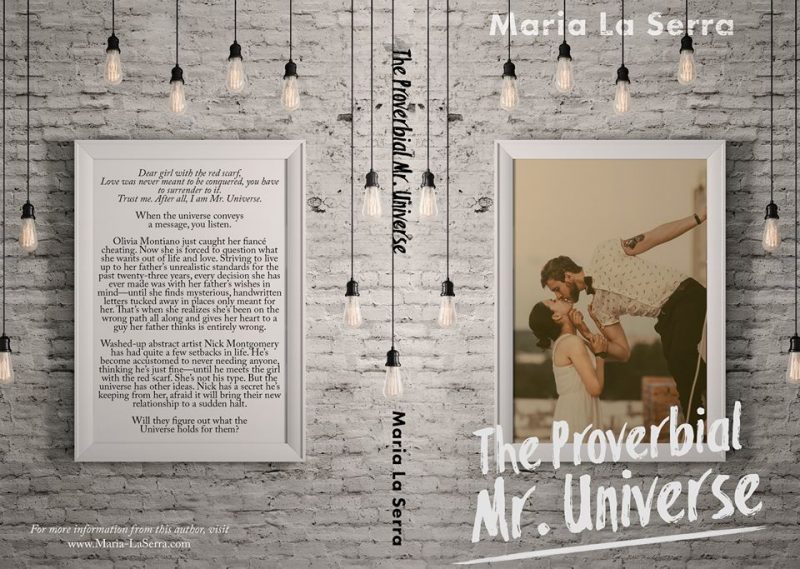 Maria La Serra, a fashion designer, turned writer, lives in Montreal with her husband and two children. She will try everything at least once, except for skiing, hiking or camping-okay anything relating to activities done in the great outdoors. The Proverbial Mr. Universe is her first novel.