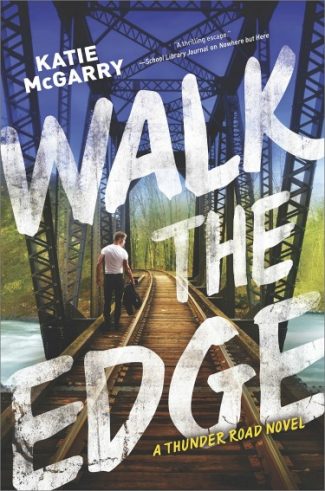 Smart. Responsible. That's seventeen-year-old Breanna's role in her large family, and heaven forbid she put a toe out of line. Until one night of shockingly un-Breanna-like behavior puts her into a vicious cyber-bully's line of fire—and brings fellow senior Thomas "Razor" Turner into her life.

Razor lives for the Reign of Terror motorcycle club, and good girls like Breanna just don't belong. But when he learns she's being blackmailed over a compromising picture of the two of them—a picture that turns one unexpected and beautiful moment into ugliness—he knows it's time to step outside the rules.

And so they make a pact: he'll help her track down her blackmailer, and in return she'll help him seek answers to the mystery that's haunted him—one that not even his club brothers have been willing to discuss. But the more time they spend together, the more their feelings grow. And suddenly they're both walking the edge of discovering who they really are, what they want, and where they're going from here. 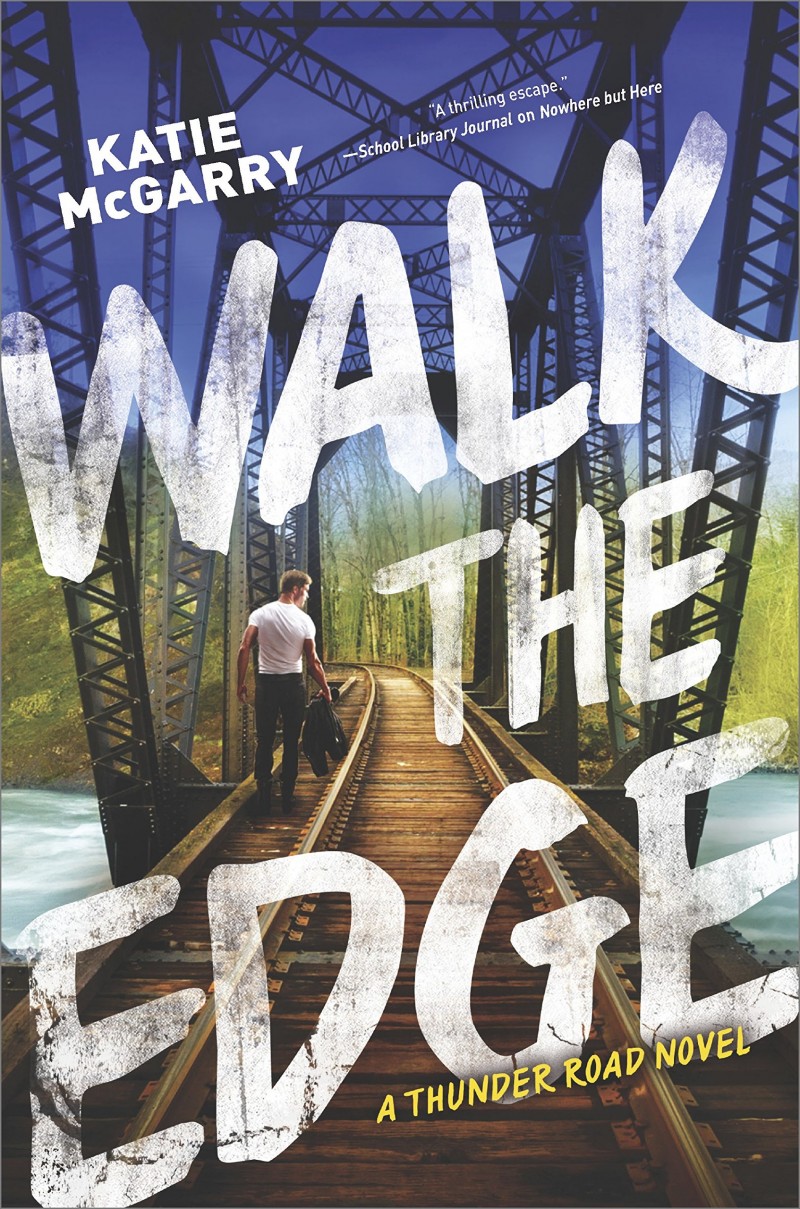 THERE ARE LIES in life we accept. Whether it’s for the sake of ignorance, bliss or, in my case, survival, we all make our choices.

I choose to belong to the Reign of Terror Motorcycle Club. I choose to work for the security company associated with them. I also choose to do this while still in high school.

All of this boils down to one choice in particular—whether or not to believe my father’s version of a lie or the town’s. I chose my father’s lie. I chose the brotherhood of the club.

What I haven’t chosen? Being harassed by the man invad­ing my front porch. He’s decked out in a pair of pressed kha­kis and a button-down straight from a mall window. The real question—is he here by choice or did he draw the short stick?

A hot August wind blows in from the thick woods sur­rounding our house, and sweat forms on the guy’s skin. He’s too cocky to be nervous, so that dumps the blame of his shiny forehead on the 110-degree heat index.

My eyes flash to the detective badge hanging on the guy’s hip and then to his dark blue unmarked Chevy Caprice parked in front of my motorcycle in the gravel drive. Twenty bucks he thinks he blocked me in. Guess he underestimated I’ll ride on the grass to escape.

This guy doesn’t belong to our police force. His plates suggest he’s from Jefferson County. That’s in the northern part of Ken­tucky. I live in a small town where even the street hustlers and police know each other by name. This man—he’s an outsider.

I f lip through my memory for anything that would jus­tify his presence. Yeah, I stumbled into some brawls over the summer. A few punches thrown at guys who didn’t keep their mouths sealed or keep their inflated egos on a leash, but noth­ing that warrants this visit.

A bead of water drips from my wet hair onto the worn gray wood of the deck and his eyes track it. I’m fresh from a shower. Jeans on. Black boots on my feet. No shirt. Hair on my head barely pushed around by a towel.

The guy checks out the tats on my chest and arms. Most of it is club designs, and it’s good for him to know who he’s dealing with. As of last spring, I officially became a mem­ber of the Reign of Terror. If he messes with one of us, he messes with us all.

“Are you going to invite me in?” he asks.

I thought the banging on the door was one of my friends showing to ride along with me to senior orientation, not a damned suit with a badge.

“You’re not in trouble,” he says, and I’m impressed he doesn’t shuff le his feet like most people do when they arrive on my doorstep. “As I said, I want to talk.”

I maintain eye contact longer than most men can manage.

Silence doesn’t bother me. There’s a ton you can learn about a person from how they deal with the absence of sound. Most can’t handle uncomfortable battles for dominance, but this guy stands strong.

Without saying a word, I walk into the house and permit the screen door to slam in his face. I cross the room, grab my cut off the table, then snatch a black Reign of Terror T-shirt off the couch. I shrug into the shirt as I step onto the porch and shut the storm door behind me.

The guy watches me intently as I slip on the black leather cut that contains the three-piece patch of the club I belong to. Because of the way I’m angled, he can get a good look at our emblem on the back: a white half skull with fire raging out of the eyes and drops of fire raining down around it. The wordsReign of Terror are mounted across the top. The town’s name, Snowflake, is spelled on the bottom rocker.

He focuses on the patch that informs him I’m packing a weapon. His hand edges to the gun holstered on his belt. He’s weighing whether I’m carrying now or if I’m gun free.

I cock a hip against the railing and hitch my thumbs in the pockets of my jeans. If he’s going to talk, it would be now. He glances at the closed door, then back at me. “This is where we’re doing this?”

A grim lift of his mouth tells me he understands I won’t make any of this easy. He’s around Dad’s age, mid to late forties. He gave his name when I opened the door, but I’ll admit to not listening.

He scans the property and he has that expression like he’s trying to understand why someone would live in a house so small. The place is a vinyl box. Two bedrooms. One bath.

Dad said this was Mom’s dream. A house just big enough for us to live in. She never desired large, but she craved land. When I was younger, she used to hug me tight and explain it was more important to be free than to be rich. I sure as hell hope Mom feels free now.

An ache ripples through me, and I readjust my footing. I pray every damn day she found some peace.

Don’t care. “Could have called.”

I hike one shoulder in a “you’ve got shit luck.” Dad and I aren’t the type to answer calls from strangers. Especially ones with numbers labeled Police. There are some law enforcement officers who are cool, but most of them are like everyone else— they judge a man with a cut on his back as a psychotic felon.

I don’t have time for stupidity.

“I’m here about your mother.” The asshole knows he has me when my eyes snap to his.

“She’s dead.” Like the other times I say the words, a part of me dies along with her.

This guy has green eyes and they soften like he’s apolo­getic. “I know. I’m sorry. I’ve received some new evidence that may help us discover what caused her death.”

Anger curls within my muscles and my jaw twitches. This overwhelming sense of insanity is what I fight daily. For years, I’ve heard the whispers from the gossips in town, felt the stares of the kids in class, and I’ve sensed the pity of the men in the Reign of Terror I claim as brothers. It’s all accu­mulated to a black, hissing doubt in my soul.

It’s what everyone in town says happened. It’s in every hushed conversation people have the moment I turn my back. It’s not just from the people I couldn’t give two shits about, but the people who I consider family.

I shove away those thoughts and focus on what my father and the club have told me—what I have chosen to believe. “My mother’s death was an accident.”

He’s shaking his head and I’m fresh out of patience. I’m not doing this. Not with him. Not with anyone. “I’m not interested.”

I push off the railing and dig out the keys to my motor­cycle as I bound down the steps. The detective’s behind me. He has a slow, steady stride and it irritates me that he fol­lows across the yard and doesn’t stop coming as I swing my leg over my bike.

“What if I told you I don’t think it was an accident,” he says.

Odds are it wasn’t. Odds are every whispered taunt in my direction is true. That my father and the club drove Mom crazy, and I wasn’t enough of a reason for her to choose life.

To drown him out, I start the engine. This guy must be as suicidal as people say Mom was, because he eases in front of my bike, assuming I won’t run him down.

I twist the handle to rev the engine in warning. He raises his chin like he’s finally pissed and his eyes narrow on me. “Razor.”

I let the bike idle. If he’s going to respect me by using my road name, I’ll respect him for a few seconds. “Leave me the fuck alone.”

Damn if the man doesn’t possess balls the size of Montana. He steps closer to me and drops a bomb. “I have reason to believe your mom was murdered.” 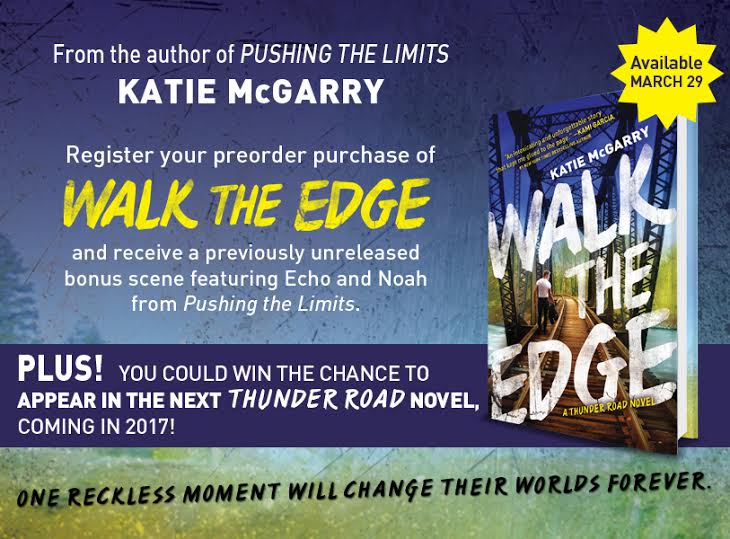 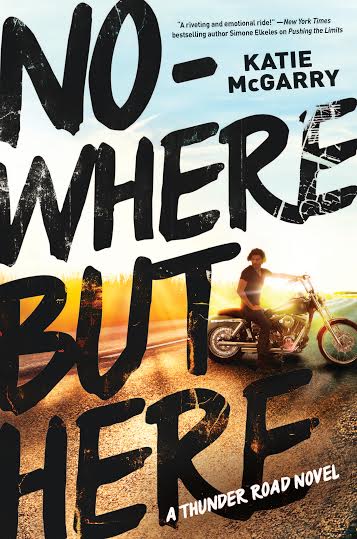