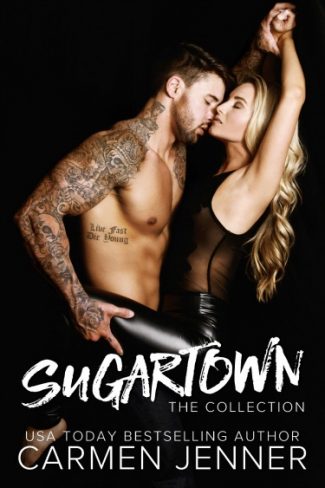 One would assume life in quiet Australian Sugartown would be sweet, but you know what they say about assumptions. Between a hotter than hell, tattooed, biker sex god, run-ins with the club, rock star baby daddies, trampy ex-lovers and old flames that refuse to be smothered, Sugartown is sweet—until it isn’t.

For the first time, you can read all four books in the hilarious, hot and addictively suspenseful Sugartown series. Box set includes: Welcome to Sugartown, Enjoy Your Stay, Greetings from Sugartown and Now Leaving Sugartown.

Warning: intended for a mature 18+ audience. Contains explicit sex, oodles of profanity, short-tempered Australian wildlife, and a crap-tonne of AWKWARD. Scenes from this series may be a trigger for certain readers. 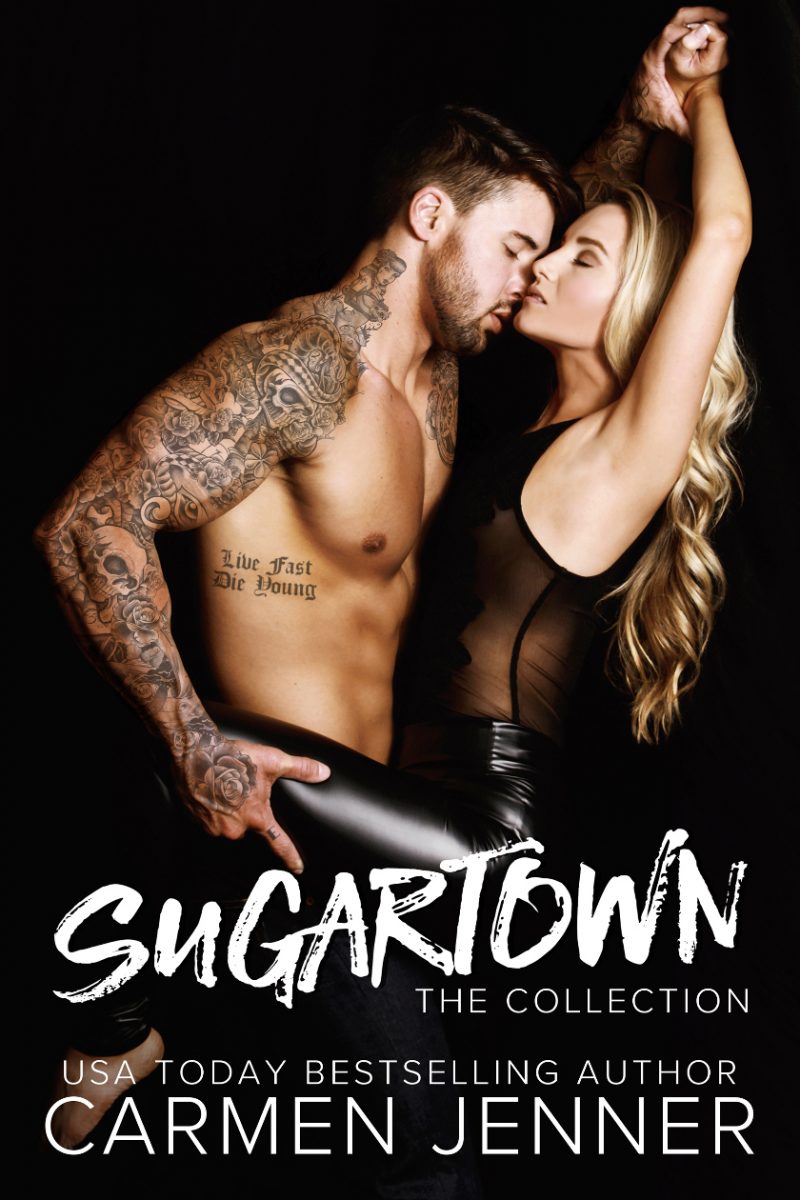 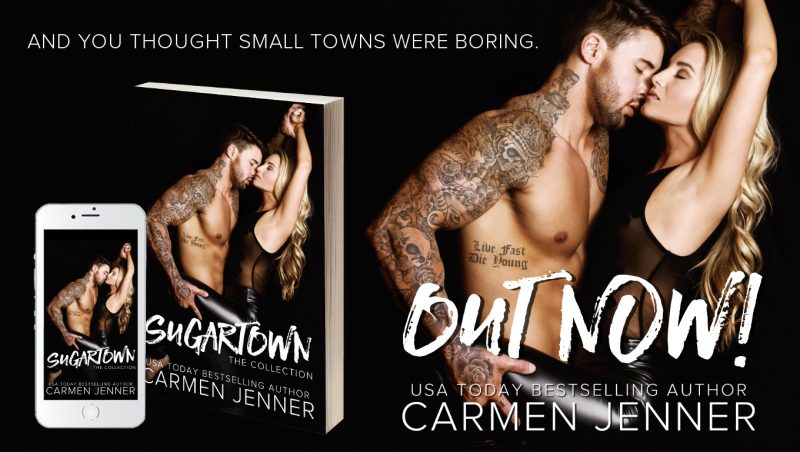 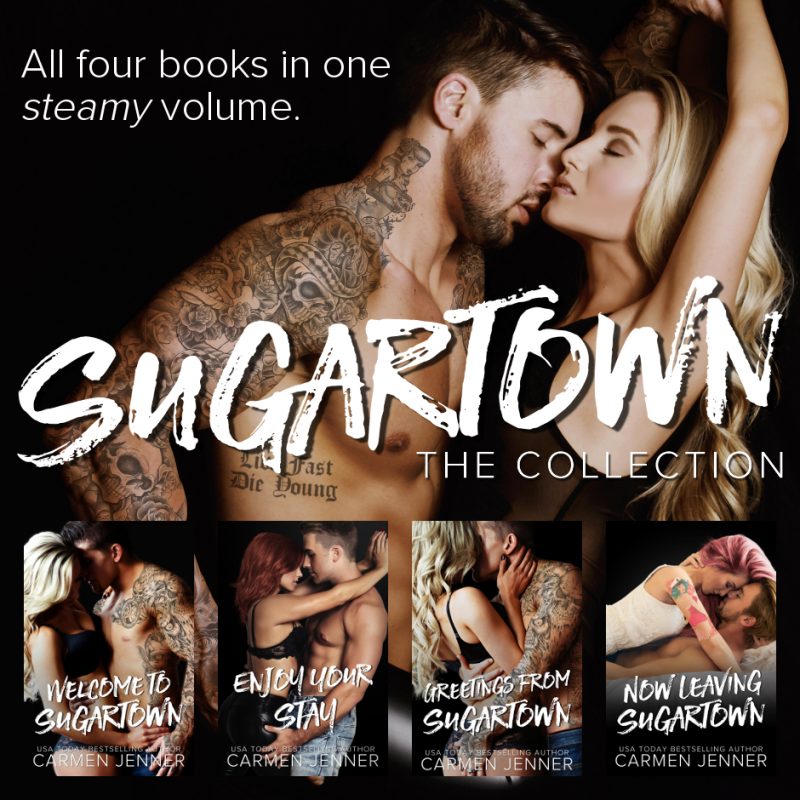 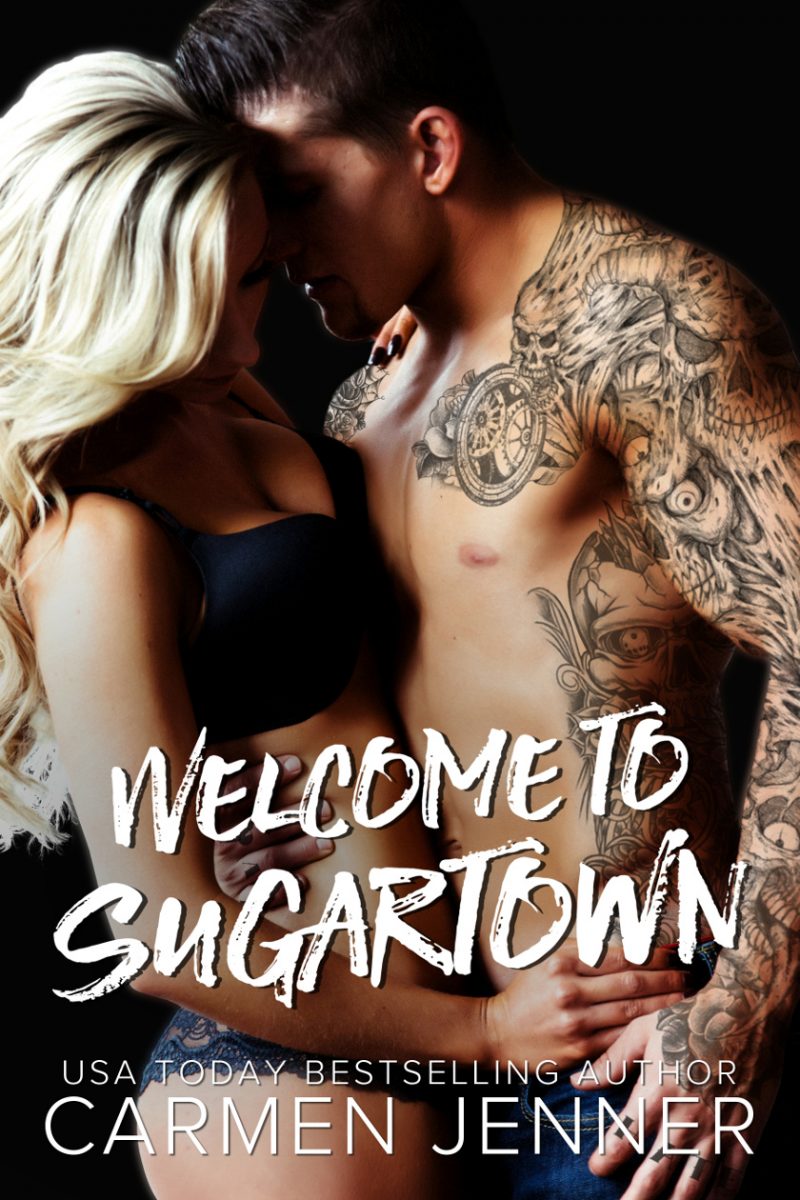 Ana Belle never wanted anything more than to hang up her apron, jump on her Vespa and ride off into the sunset, leaving Sugartown in the dust.

Elijah Cade never wanted anything more than a hot meal, a side of hot arse and a soft place to lay his head at night where he could forget about his past.

But you know what they say about wanting: you always want what you can’t have.

Nineteen year-old virgin Ana is about to discover that’s not quite true because a six foot three, hotter than hell, tattooed, Aussie sex god just rode into town. He’s had a taste of her pie and he wants more–no really, Ana bakes pies for a living, get your mind out of the gutter.

She’d be willing to hand over everything tied up in a big red bow, there’s just one problem; Elijah has secrets dirtier than last week’s underwear. Secrets that won’t just break Ana’s heart, but put her life at risk, too. When those secrets come to light, their relationship is pushed to breaking point.

Add to that a psychotic nympho best friend, an overbearing father, a cuter than humanly possible kid brother, a wanton womanizing cousin, the ex from hell, and more pies than you could poke a … err … stick … at.

Content Warning: Intended for a mature 18+ audience. Contains explicit sex, oodles of profanity and a crap-tonne of AWKWARD. 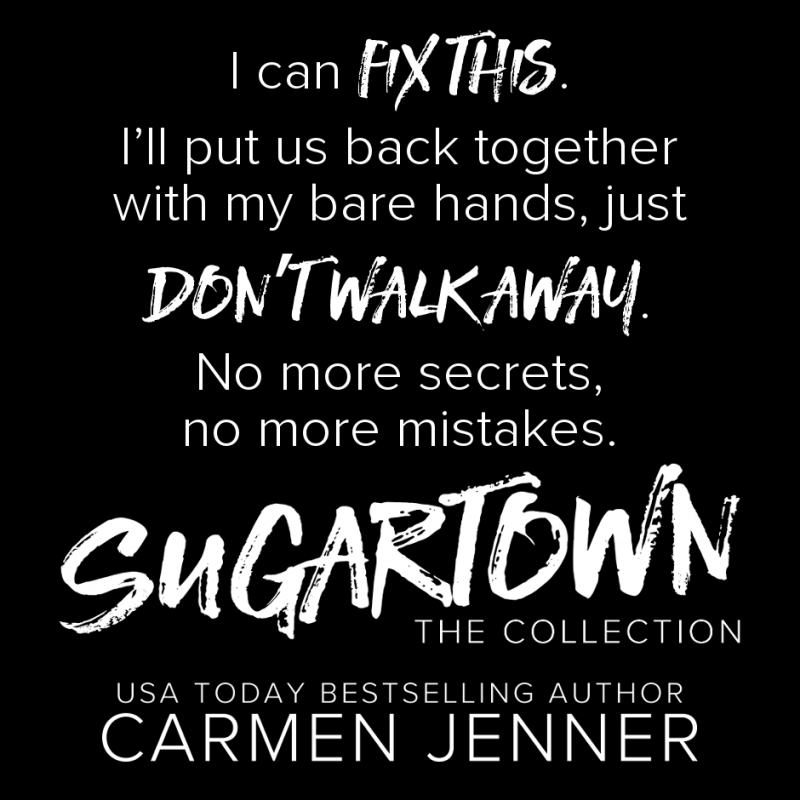 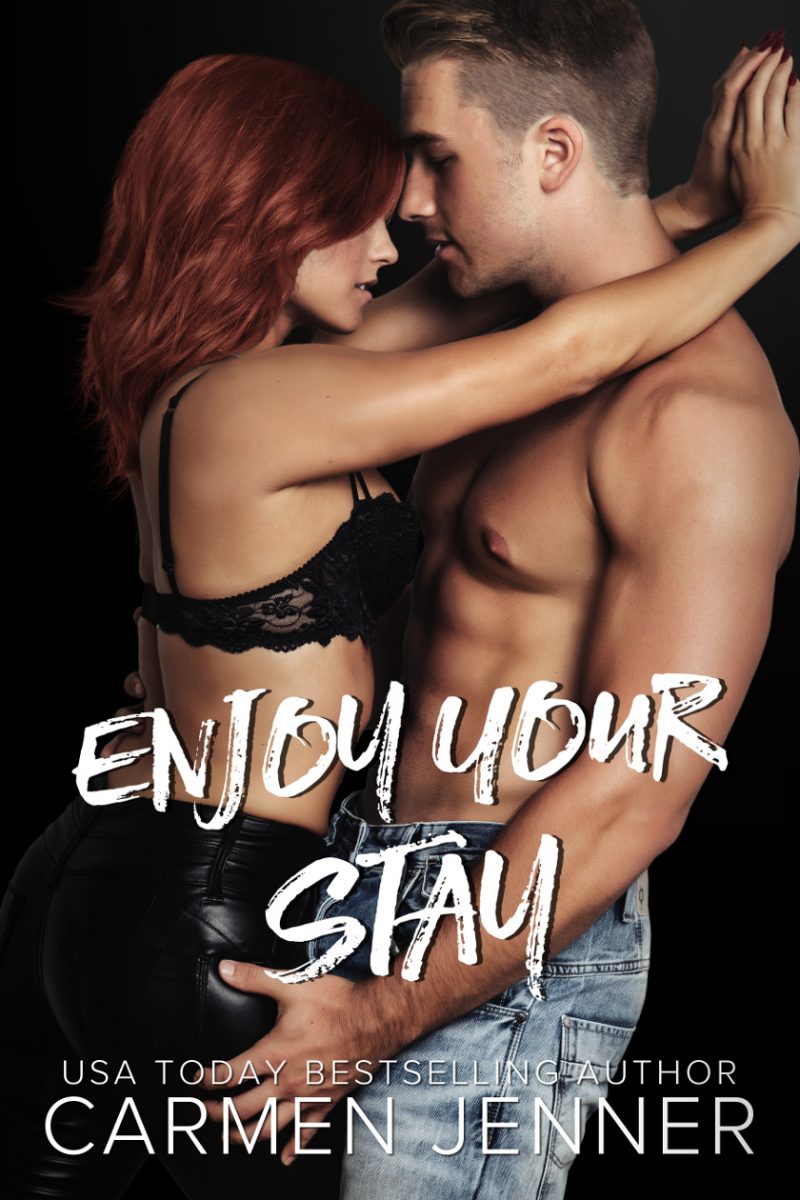 The last thing Holly Harris expected was to wind up nineteen, knocked-up, and all alone. When Coop left to pursue his dreams of becoming a rock god, he left a tiny piece of him behind.

Jackson Rowe tried filling the void his family left by drinking, screwing around, and leaving a string of heartbroken women in his wake. Moving back to Sugartown should have been easy, but he hadn’t counted on the fact his sometimes attraction to Holly would still be alive and kicking—and he sure as hell hadn’t counted on her being pregnant with another man’s baby.

They drive one another crazy, and yet they can’t stay away.

When old flames resurface, and even older wounds are torn open, can two people so similar make it work? Or will their stubbornness only drive them further apart? 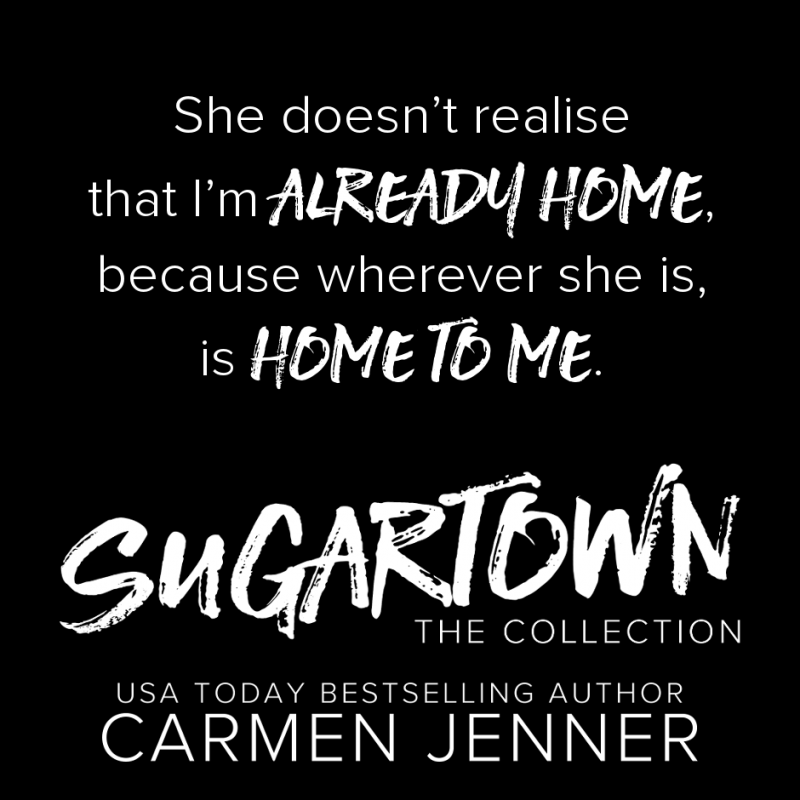 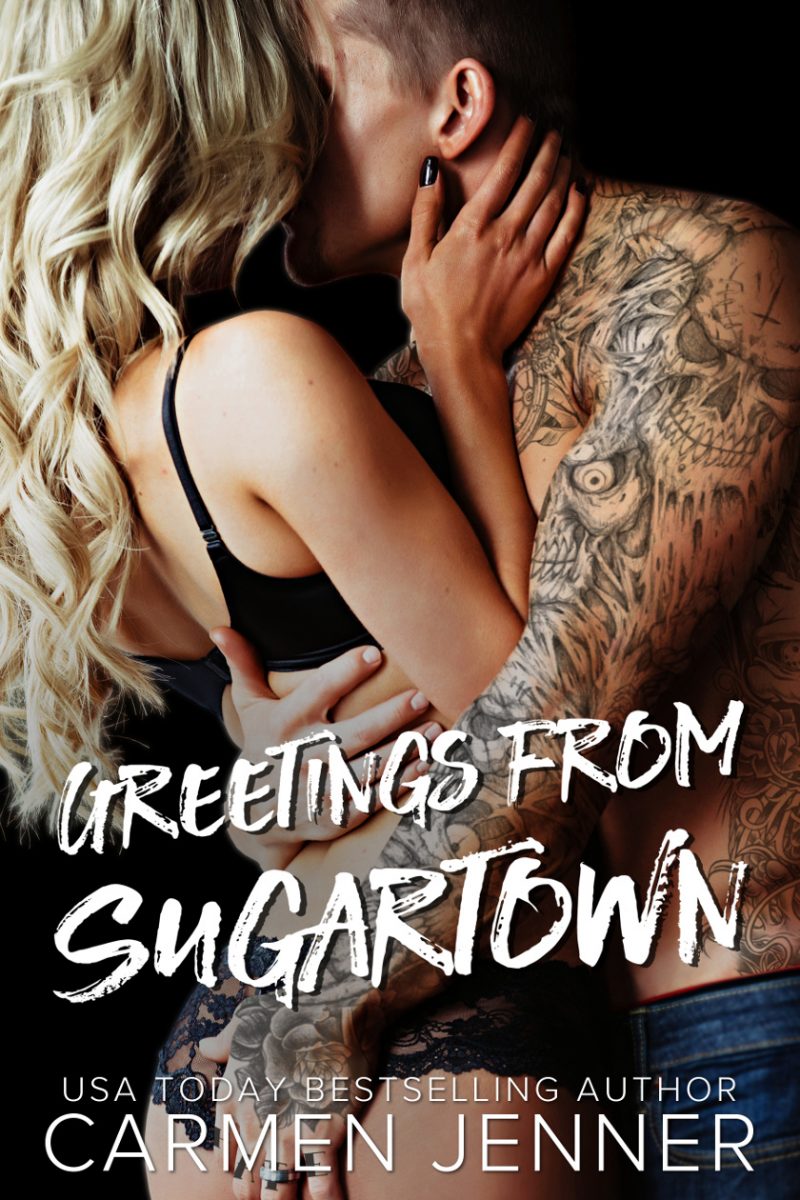 Life in Sugartown hasn’t always been easy, not for an ex-con like Elijah, and certainly not for Ana, who grew up desperate for a way out.

You’d think that after three years together and the worst behind them that life would be a walk in the park, but Sugartown’s sexiest couple may be about to face their biggest obstacles yet.

Between failed marriage proposals, a trampy ex-lover and a tempting new biker, Sugartown is suddenly not so sweet.
They’re head-over-heels in love. It should be simple—but it rarely is.

Will they make it down the aisle to the happy ever after they deserve? Or are some relationships just destined to fail?

Content Warning: Intended for an 18+ audience. Contains explicit sex, violence, a crap-tonne of profanity, and naked encounters with disastrous outcomes. 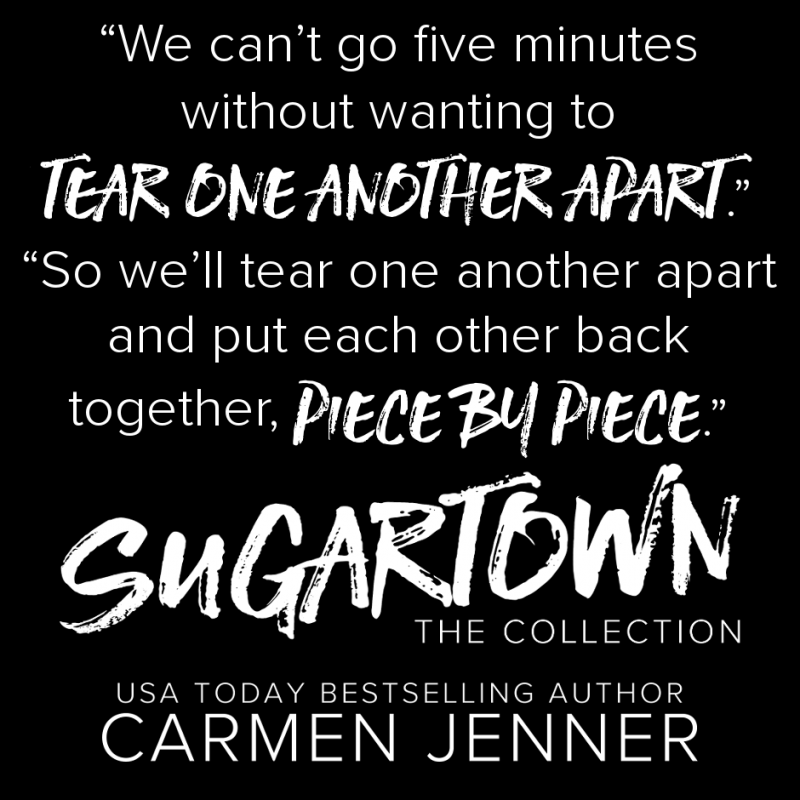 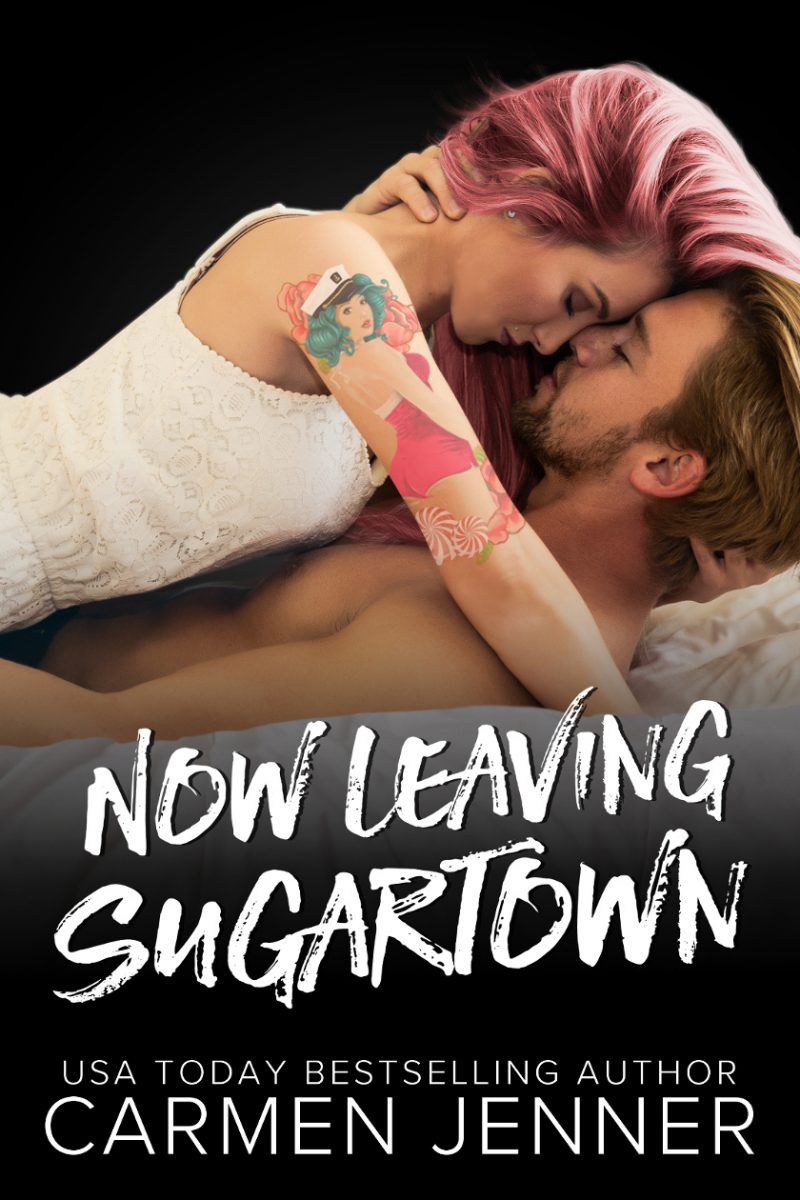 Pepper Ryan grew up the troublesome, spoiled child of a rock god. With her less-than-stellar parentage, and the bipolar disorder that has plagued her existence, to say this little firecracker is a handful would be the understatement of the century.

Sammy Belle spent more than half his life saving Pepper. He’d been her strength, her sanity, and the protective brotherly figure she never wanted to have.

They were never meant to be together.

They gave in anyway.

And just when Sammy thought he had everything he wanted, Pepper ran.

Now twenty-three, Pepper returns to Sugartown, a failed tattoo artist with one too many screws loose who’s down on her luck, wielding an ice cream van as beaten up as her heart.

Sugartown’s most coveted bachelor has always been content with the quiet life he leads until Pepper, the hellion from his past, returns to test his strength, his patience, and perhaps even his sanity. But two can play at that game, and Pepper is about to learn that Sam can give as good as he gets.

Can this good country boy survive Pepper’s cruel city world, or will the whole thing be put down to a bout of temporary insanity?

One thing is for certain:

He’s crazy about her.

Content Warning: Intended for an 18+ audience. Contains sexual content, oodles of profanity, a firefighter so hot you may need a very cold shower, and one pink-haired crazy Harajuku girl. May also contain traces of nuts. Some scenes within this book may be a trigger for certain readers. 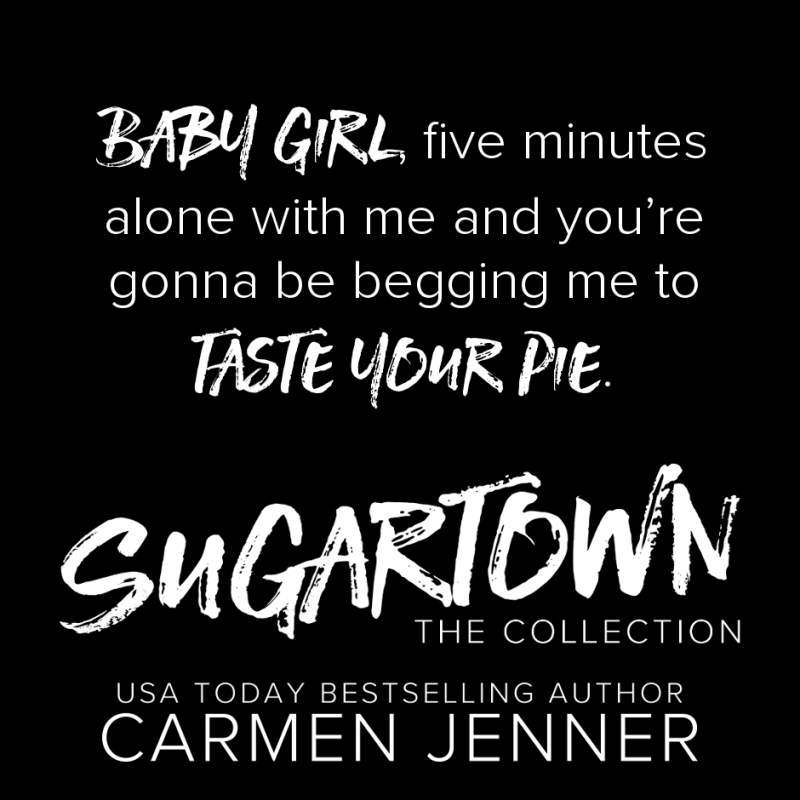 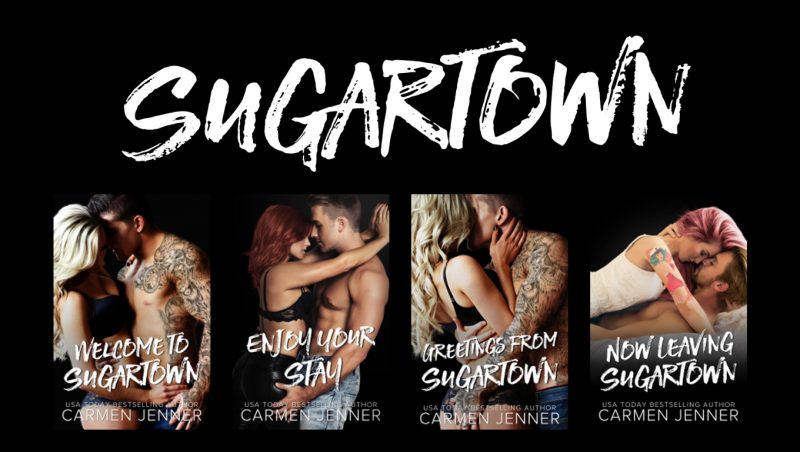