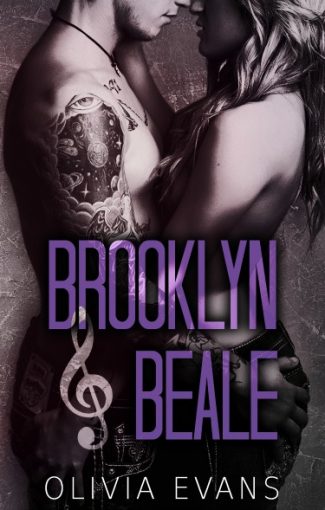 The life of a session musician is rarely easy. After consecutive tour cancellations and a stack of unpaid bills, Chloe Bennett fears her dream has come to an end.

Indie rocker Reid Ryder needs a replacement violinist for his tour. For Chloe, it’s the opportunity of a lifetime. For Reid, it’s a checkmark off his list. Already battling addiction, guilt, and his inability to write new music, Reid's hopeful that things are finally falling into place.

But life is never predictable.

When the tour begins, he finds himself drawn to Chloe. She challenges and inspires him. Their onstage chemistry is electric. To the outside world, they’re the perfect match. To those involved, however, it’s not so simple. When Reid’s no longer sure that the future he planned is the one he wants, a choice must be made. 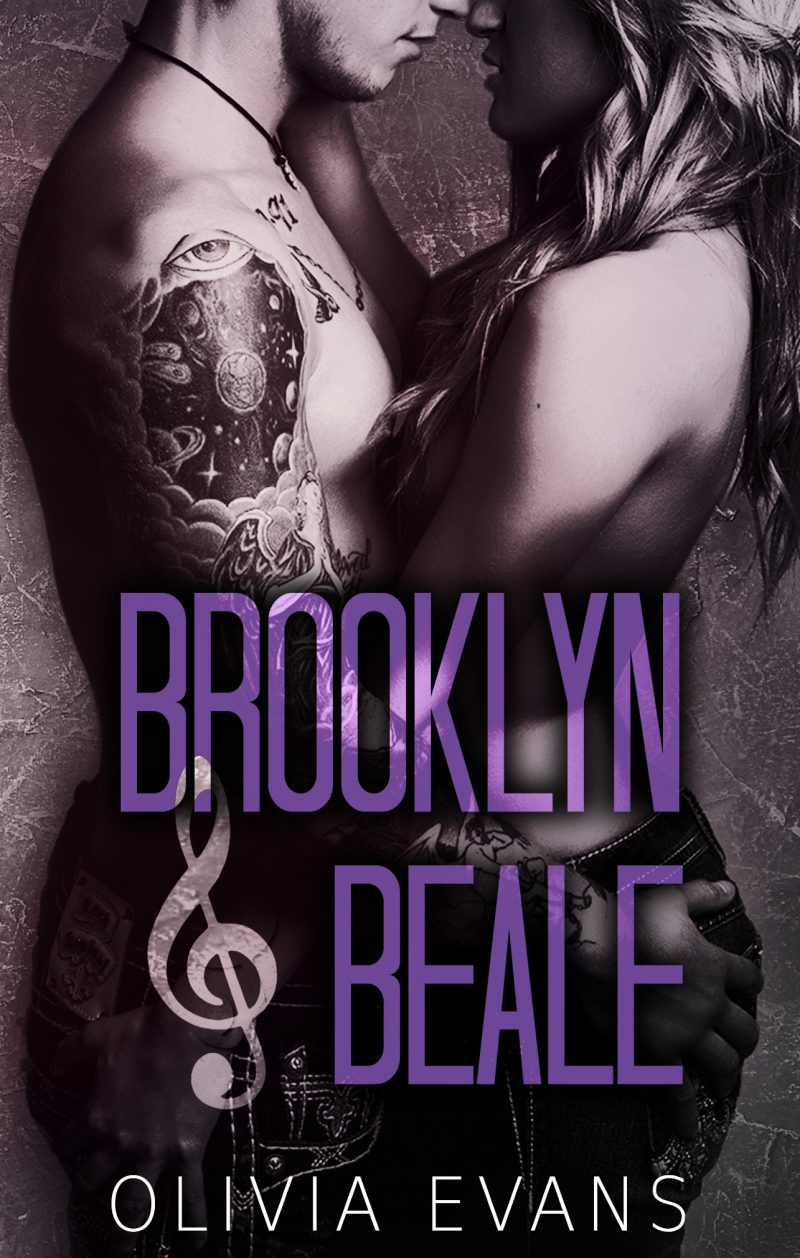 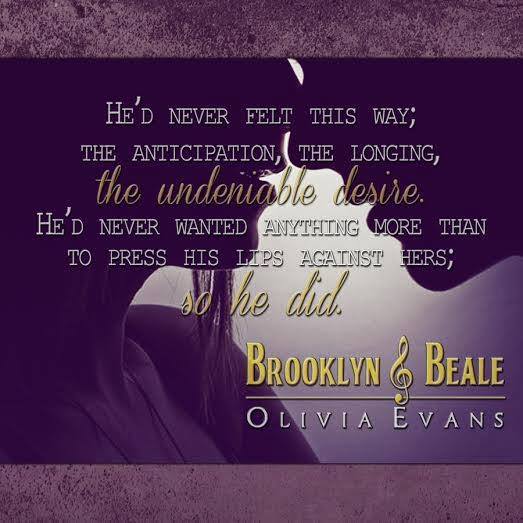 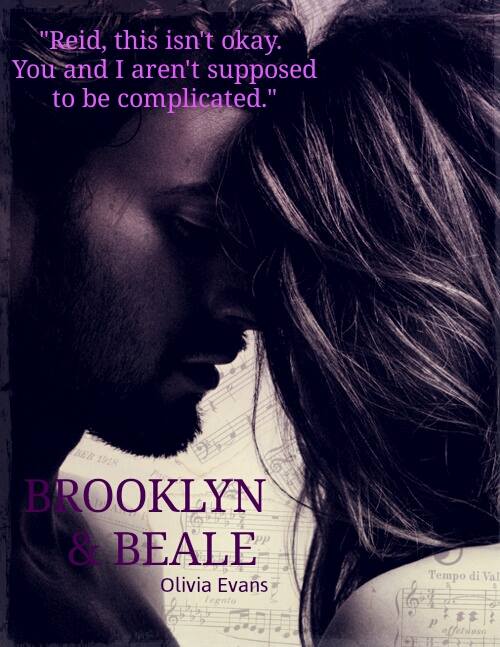 Bright lights flashed across the darkness. The speakers pulsed as the hypnotic melody of a heavy guitar riff rolled over the crowd like fog. Bodies moved in fluid motion, their sweat-slicked skin covered in goose bumps as the music wrapped around them and sank into their bones. At the center of the stage, Reid stood with his eyes closed, his body motionless except for the tiny flick of his wrist as he dragged his pick over guitar strings.

With stinging eyes and trembling hands, Chloe hovered in the shadows. As the first verse rolled into the chorus and the chorus faded into the next song, dread raced through her veins as she waited for her cue to walk on stage and pretend her heart didn’t ache. The echo of a single guitar note rippled through the air, and when it faded, the arena was blanketed in silence. That was her signal to walk across the stage and stand next to Reid, yet she remained frozen. Locked in a concrete vise of fear and sadness.

Only seconds passed before she found herself trapped in Reid’s intense gaze. Perspiration glistened on his skin and the soft white lights surrounded him like a halo. In a slow, hesitant motion, he turned to face her. Murmurs rose as he moved toward the side of the stage. Chloe’s eyes darted to Drew and Greer. The confusion etched in their features caused her stomach to drop. She was going to ruin everything.

The tips of her fingers whitened as she gripped the neck of her violin. With her eyes locked on Reid, she pulled in a deep breath and positioned the violin under her chin. Lifting the bow, she dragged it across the strings and stepped from the shadows. Cheers erupted, the roar insignificant compared to the sound of her thundering pulse when she noticed Reid still walking toward her.

Confused and off-balance, she moved forward until they stood face-to-face, breath-to-breath. She continued to play even as her knees shook. She waited for him to face the crowd and sing. She waited for his lips to part and the sound of his voice to sink into her skin. He did neither of those things. Instead, he pushed the guitar hanging from his shoulder strap behind him. The beat of the drums softened, and Greer muted the keyboard until only a dull thump—a background vibration to the sweet sounds of her violin—remained.

Reid lifted his hand to her face, timid and unsure. When the backs of his fingers traced the curve of her cheek, Chloe’s eyes fell shut. With a slow exhale, he began to sing, the sound of his voice raw and gripping. It consumed every breath in the building.

Only dreams ease this ache,

With memories of how you taste.

I hold you close and breathe you in,

drag my lips across your skin.

It wasn’t supposed to be like this. She wasn’t supposed to fall for him, and he wasn’t allowed to look at her like his heart was breaking. Not when the words he sang and the emotions behind them were meant for someone else. Someone she would never be.

But when I wake and reach for you, it kills me that it isn’t true.

I never find you by my side, these secret visions are just a lie.

These secret visions cannot hide how dead I have become inside.

As he uttered the final words in a whisper and the lights faded to black, Chloe stood with twin trails of tears rolling down her cheeks and a pain inside her chest like nothing she’d ever felt. 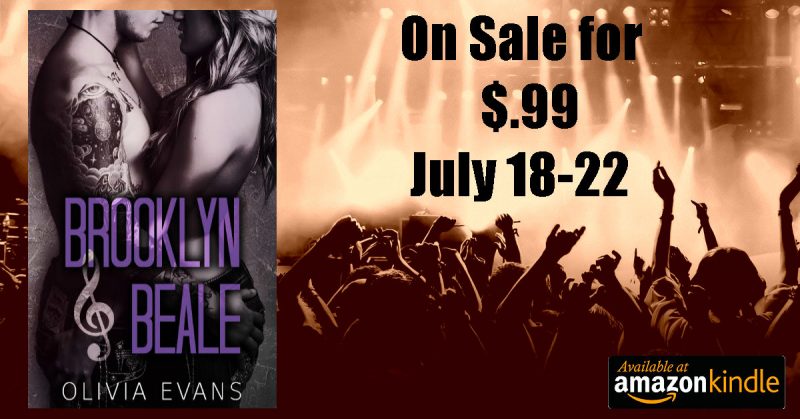 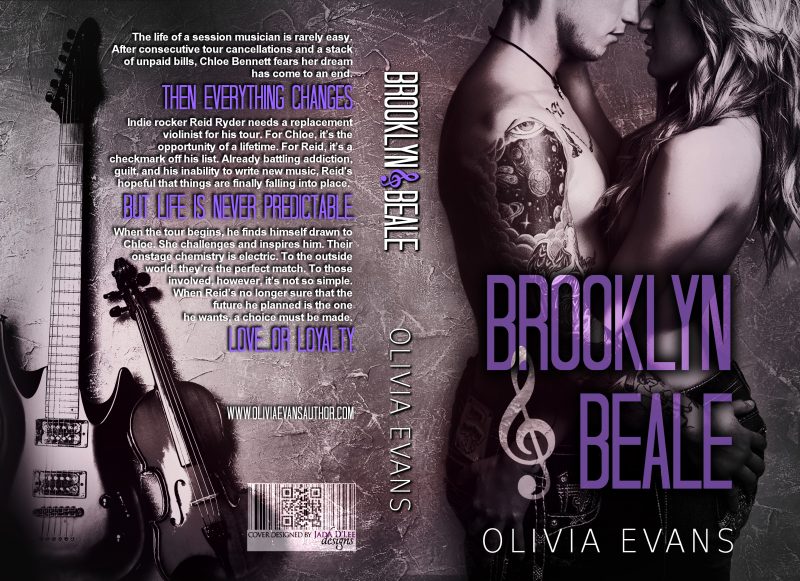 Olivia Evans is a dreamer by day, writer by night. She’s obsessed with music and loves discovering new bands. Traveling the world and watching the sun set in every time zone sounds like heaven to her. A true Gemini, she follows her heart blindly and lives life to the fullest with her husband, son, and friends. Her other loves are: Chuck Taylors, Doc Martens, concert tees, gangster movies, sports, wine, craft beer and her shih tzu’s.