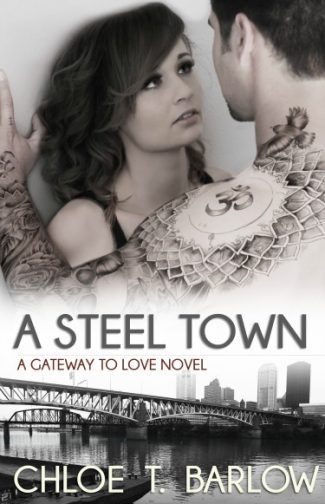 How do you protect the woman you love, when you fear you are the very person who could destroy her?

Claudia McCoy has been told what she can't do enough for one lifetime. After a near-fatal childhood battle with juvenile diabetes and having to accept that her dreams of serving in the military would never come true, she's thrilled to begin a life on her own terms. Yet, when she finally starts her career in the FBI, Claudia is furious that her condition and overbearing big brother, Wyatt, have both once again interfered with her ability to have the life she truly wants. Now derailed from her high-profile aspirations of a position in the FBI's D.C. headquarters, she is instead planted far away from the real action, and practically right in her brother's Pittsburgh backyard.

Trey Adler is known for fixing things, but he's broken just as many — leaving him with regrets that never go away. He'd be the first to agree he should stay away from a nice girl like Claudia, but he can't deny his friend Jenna Sutherland's request when she asks him to use his position as a temporary FBI consultant to keep Claudia safe — especially as it's clear this little firecracker needs protecting. Far away from all the action she so craves, Claudia is more determined than ever to prove herself in her first major investigation at whatever cost — and those costs are proving to be dangerously high.

Their battle of wills turns quickly into a powerful need for one other, making them both rethink everything they ever wanted.

Will Trey be able to keep her alive long enough to give them an opportunity at something real together — a future that can survive the danger in their present, as well as the darkness of his past? 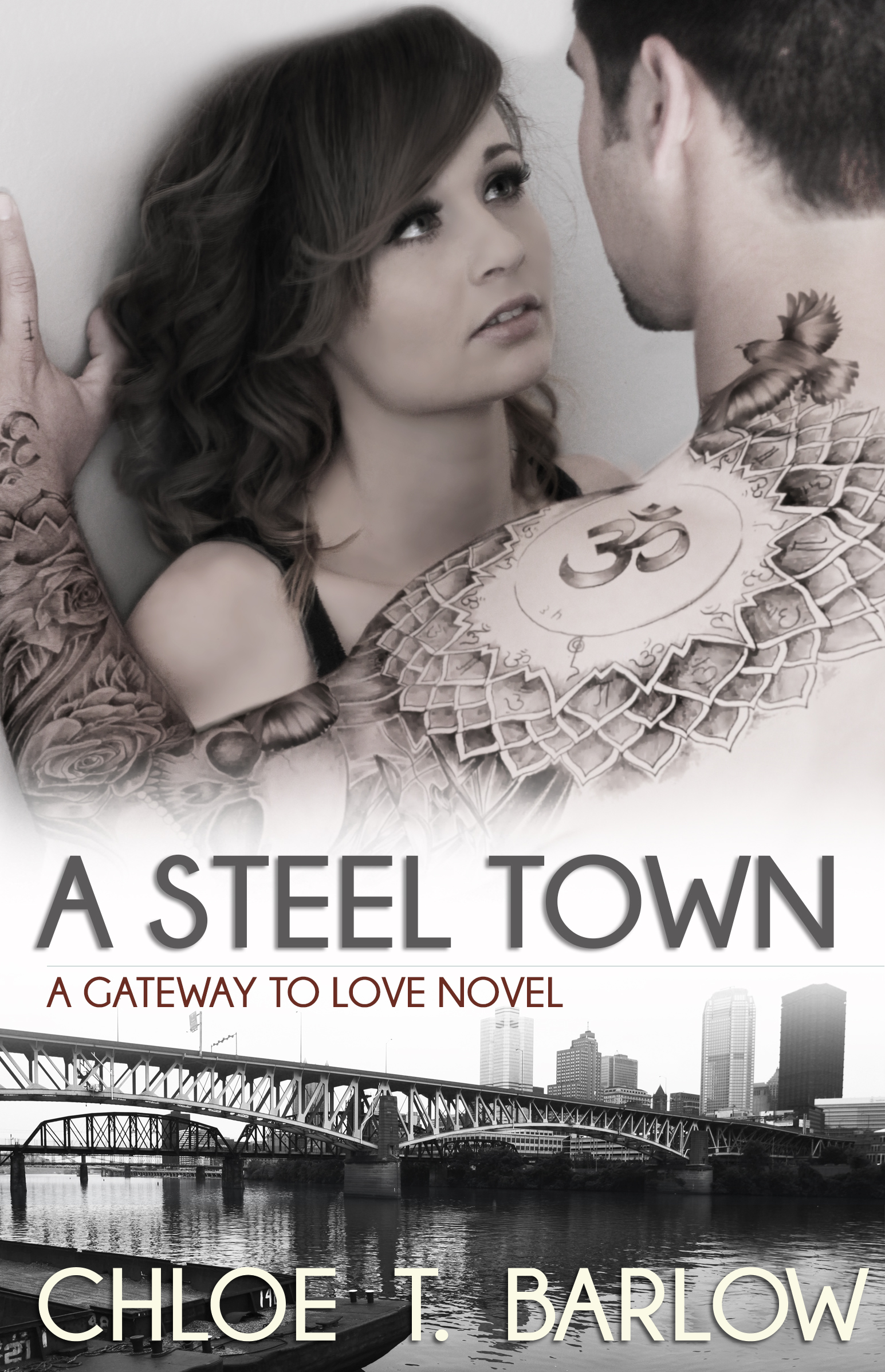 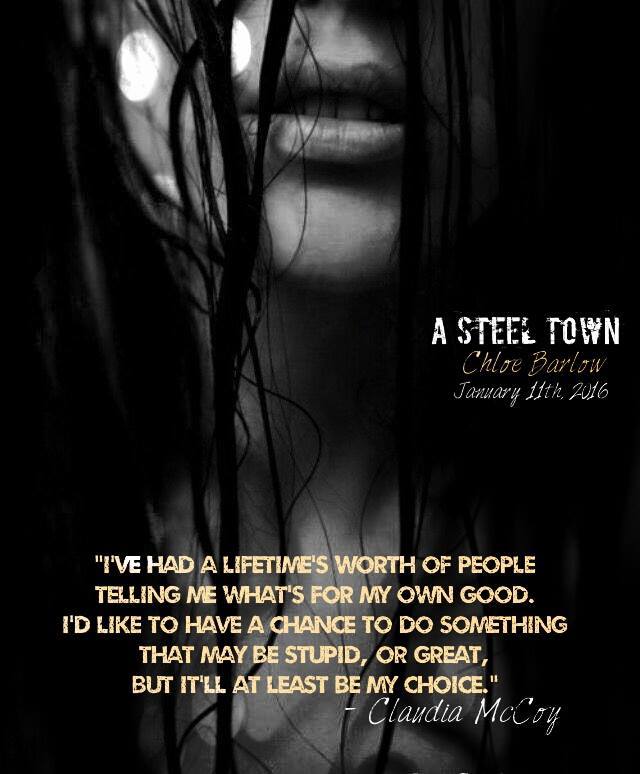 Claudia’s mouth didn’t seem to work. All she could do was stare at his naked chest, transfixed by so much artwork and his pierced nipples — the way his skin was still shiny with the remnants of his unintentional shower.

After her silence continued for an almost interminable amount of time, he looked down and smirked at her. The twist of his lips yanked her back into reality.

“Did it hurt?” she finally asked, tilting her head up to meet his eyes.

“When I fell from heaven?”

“No. All that stuff on your chest,” she said, waving her hand back and forth in the direction of his chest.

“Here,” he purred, before taking her hand and placing it gently against one of his pecs. His skin was damp and warm against her palm, and the cool pressure of his metal piercing caused something deep inside her stomach to clench and relax repeatedly. “Does it feel like it hurts, Claudia?”

“It feels…” Her mouth was dry and her throat spasmed in a way she couldn’t control. She peered down at her olive-toned hand as it rested against the tanned skin covering his heart. She could feel its beat beneath her quivering hand. Though his face was still, she sensed the pace of his pulse quicken the longer she touched him, and that knowledge made her hand quiver in response.

Then something struck her, and she couldn’t hold the thought inside. Looking up into his sharp gray eyes, Claudia licked her lips and asked, “Why don’t you have a tattoo here, Trey? You have them all over your chest, but not here where your heart beats.”

Trey’s face twisted slightly and he backed away from her. The sudden removal of his warm skin from her touch filled her with a chilling sense of loss.

“I told you — just one question,” he stated so sternly that it felt like she was being chastised for something.

Trey turned away from her and reached for his shirt off her kitchen counter. Yet, her frustration with his repeated bullshit and her own abysmal inability to manage any moment she shared with him was impossible to deny. Before she knew it, Claudia grabbed him by the waistband of his jeans and spun him back around to face her.

“I never agreed to you being an ass afterward.”

Claudia didn’t know who she was more aggravated with — Trey for being so stubborn, or herself for always having such a knack at killing a mood. Other girls seemed to know how to get a guy’s attention, and hold it without saying something stupid, but Claudia just couldn’t help herself. Her mind always had to make itself heard, and in this instance her body was getting the losing end of the stick.

“Yes. You’re not the only one who gets to lay down ground rules. You always want to boss me around…”

“I happen to like bossing you around. Why do you think I should share all the fun?” he asked, a smirk playing on his face, making him completely unreadable to her. Claudia crossed her arms over her chest and huffed out a hard breath.

“You’d better think about it, because you’re pissing me off. I don’t know what else to do to reason with you, or make you talk to me, unless you want me to go back to potentially wounding you.”

“Oh, you don’t? Because you know everything there is to know about the world?”

“I didn’t say that. And that was another question. You’re going to owe me a lot if you keep trying to change all the rules.”

“Shhh… I’m sorry. How about this…” Trey eased toward her, a sly grin creeping across his face.

Before she could collect herself, Trey grabbed her by the waist and hoisted her onto her kitchen table, so her knees just barely grazed the sides of his denim-covered thighs.

“Fine. I’ll answer your question about the bare spot over my heart, but you have to answer one for me. And you better tell the truth.” 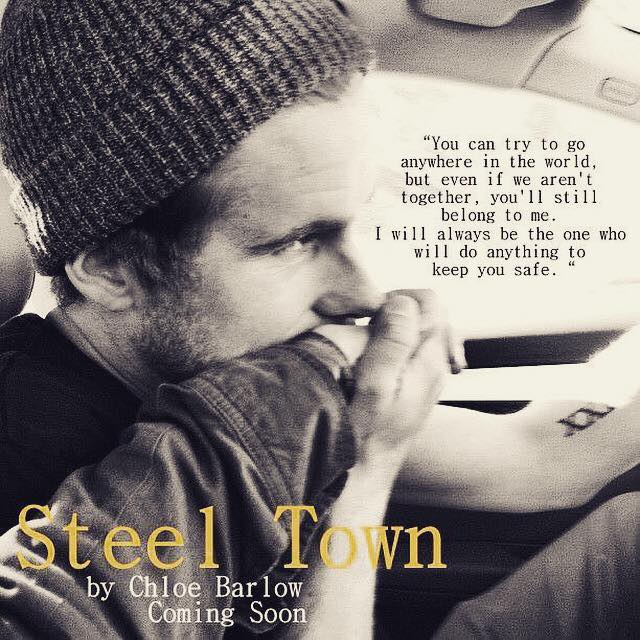 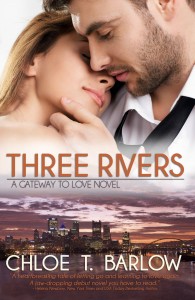 How do you start over when you gave everything to one life, one plan, and lost it all?

Althea refuses to allow herself to love again. Imprisoned in grief at twenty-four after her husband’s sudden death, she’s convinced her heart died along with him. She spends her days honoring his memory by clinging to the legal career he helped her to build and to the remaining pieces linking them together.

Griffen’s been running from his past. Despite success as an author and investigative journalist, he’s been traveling through life on autopilot. For a decade, he’s chosen perilous adventures and meaningless sex over the danger of any attachments. When he finally returns home to Pittsburgh, he’s slammed by the awakened memories and regret he’s spent years trying to escape.

A chance encounter brings them together. Their instant desire for each other – and the bond they discover between them – shocks them both. Despite her best efforts, Althea can’t resist Griffen’s charm or his intriguing proposition – if she agrees to a no-strings affair with him for the two weeks he’s in town, he swears he’ll walk away when their time is up. Assured she can test the waters of a new life while keeping her vow never to betray her husband’s memory by opening her heart to another, Althea throws herself into the escape Griffen provides her.

Their perfect plans go awry when the intensity of their connection overwhelms them. Will they risk it all on the chance of something great together…or will the power of their secrets and guilt tear them apart? 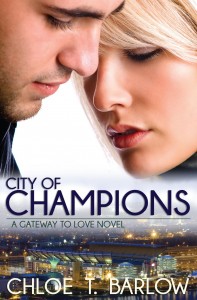 How do you find the will to try, when you’ve spent all of your life playing on a field strewn with shattered lives and broken rules?

Tragedy and betrayal taught Jenna Sutherland early on that her safest bet was to fiercely avoid any risk, whether it is in work, life, or love. Now a respected orthopedic surgical resident on the cusp of finally breaking through in her career, she’s more guarded than ever.

Suddenly the levelheaded doctor finds herself facing down her greatest fear, and she’s tempted to gamble all she’s fought so hard to build. The two embark on an intense holiday love affair that quickly teeters on obsession, and tempts them both to think they could go all-in on a real future together. Yet Wyatt’s desperation to stay on the field — and out of the operating room — lures him to take dangerous risks with Jenna’s trust.

Will they win at love or lose everything­ —including their fragile chance at happiness? 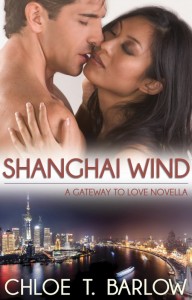 How far would you be willing to go for your first love?

Colin has broken every promise he’s ever made, but what hurts him the most is the harsh memory of the way in which he abandoned the only girl for which he’d ever truly cared. After a summer romance in Shanghai with his host family’s daughter, Feng Huang, he begged her to join him in America, only to fail her when she finally sacrificed everything for their future together.

Shanghai-born Feng Huang has spent the last six years trying to get over Colin. Now beloved by the world as a famous pop star, she’s moved on with a wealthy Chinese-American entrepreneur. When Colin appears in front of her at her boyfriend’s gala celebrating her return to Shanghai, she is overcome by both the pain and love, which still linger inside her at the mere sight of him.

Yet, nothing is as it seems, and when the sinister elements which have thrust them back into each other’s orbit reveal themselves and threaten more than just their precious second opportunity at love.

Will their stolen night together bring them the future of which they had always dreamed, or will Colin betray her love yet again?

Chloe is a contemporary romance novelist living in Pittsburgh, Pennsylvania with her husband and their sweet puppy. Chloe has always loved writing and cherishes the opportunity to craft her fictional novels and share them with the world.

When Chloe isn’t writing, she spends her time exploring Pittsburgh with her husband and friends. She also enjoys yoga, jogging, and all Pittsburgh sports. She is an avid reader and wrote her debut novel Three Rivers in her spare time. She loves to research every last detail relating to her books. For example, in an effort to bring authenticity to Three River’s treatment of grief and loss, she consulted with a psychologist and grief counselor during its preparation.