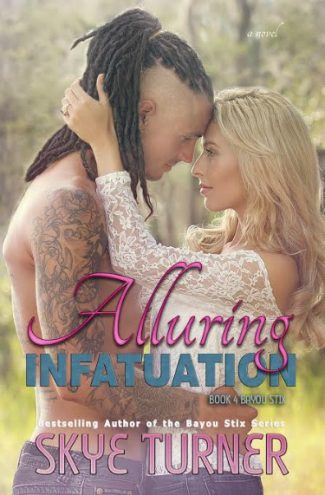 Dade Rodrigue is the levelheaded, bass guitarist for Bayou Stix, the hottest rock band in the country. He’s the oldest member which often places him in the role of protector and mentor. Women love a rock star and Dade is no exception. When events in his own life become overwhelming, he takes a much needed retreat for some quiet and down time away from his “Dade the rocker” existence.

Melonie Bird is a well-respected OB/GYN with a successful practice. She’s beautiful, smart, and career focused. She likes things neat and orderly and her life is no exception. When her perfect life derails, she takes off on an island adventure to refresh and recharge.

An exotic location, a chance encounter, and two beautiful people -who aren’t quite who they seem- will have both of their worlds spinning.

Can a spark of lust ignite the fire of love? 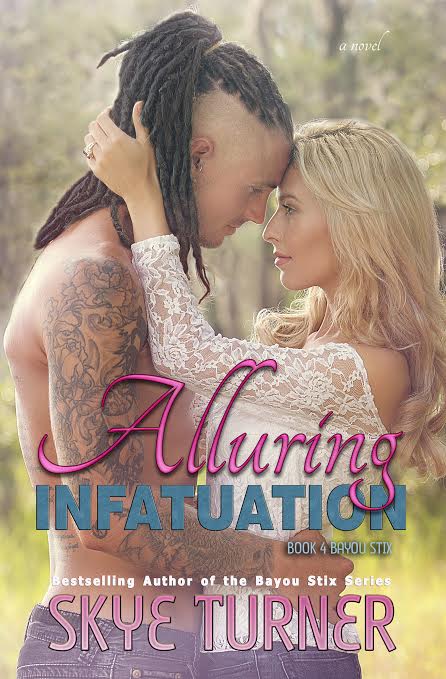 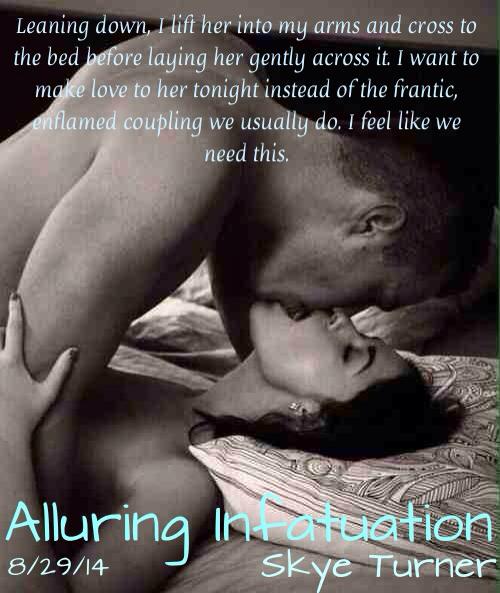 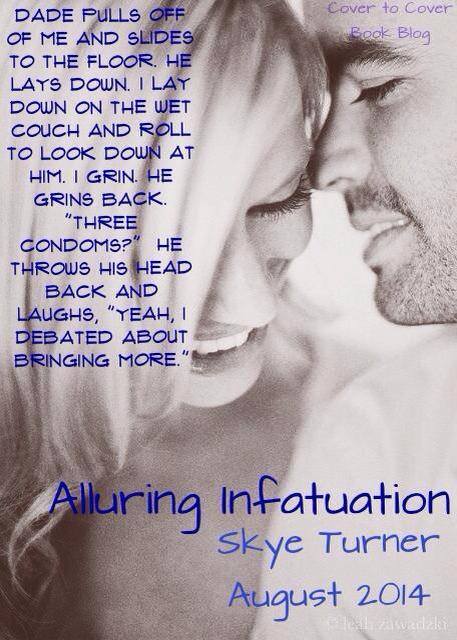 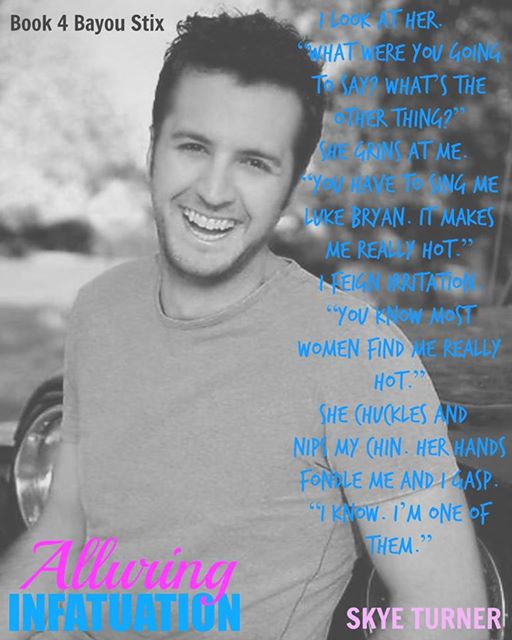 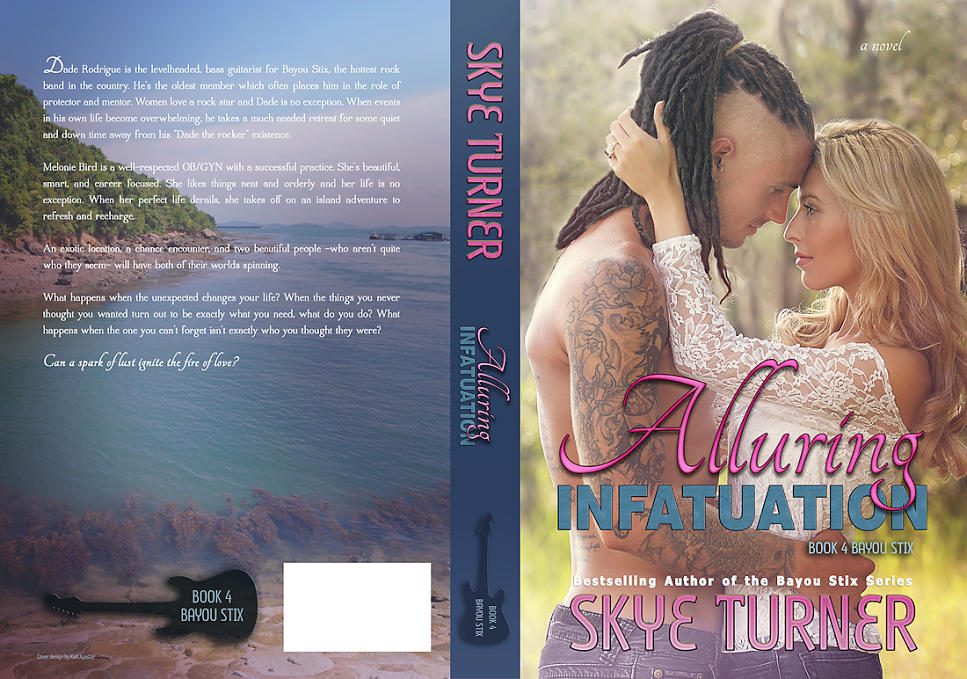 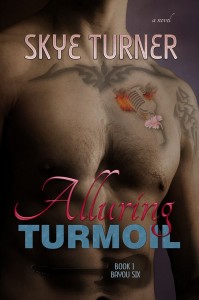 Alexia Sloane is the twenty-six year old owner of the highly successful Louisiana coffee shop/bakery, Java and Sweeties. The past couple of years have been all she’s dreamed of and her business takes all of her focus, all of her heart. Jude Delecroix is the lead singer of one of the most famous rock bands in the country, Bayou Stix, and the man who broke Lexi’s heart. Lexi and Jude have a past. When Jude comes back to town eight years after leaving to fulfill his lifelong dream of being a famous musician and comes face to face with Lexi, forces collide, old hurts are brought to the surface, and life as these two have been living it will never be the same. There are two sides to every story, and what happens when the things you believed to be concrete suddenly crumble like ash and fade away? What happens when two people afraid to face the past, become involved in the present? Can they hope for a future? 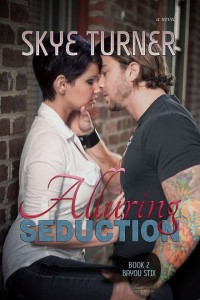 Jessie Adams is the womanizing, lead guitarist for the hottest rock band in the country, Bayou Stix. Seduction is his game. He does what he wants, when he wants, and with whom he wants. Women are playthings, but eventually meaningless sex with groupie after groupie gets old.Blue Delaney has spent years working nonstop and cultivating her way to being the hottest rock reporter in the business and the lead reporter for Rock Hard Magazine. She’s confident, sexy, and has no time for games.Jessie loves women and women love him, but something about Blue gets under his skin. She’s not what he’s used to.Blue loves Bayou Stix and is friends with the guys, but something about Jessie pushes her buttons. It doesn’t stop her from wanting him.When Blue is forced to go on tour with Bayou Stix and cover the band, tensions run high, chemistry is explosive, and Blue and Jessie begin to see each other in a new light.Their attraction is obvious to everyone but them. But in the end… the question is who’s seducing whom and is chemistry enough to sustain a relationship?Can this fierce woman tame this bad boy rocker? Does she want to? 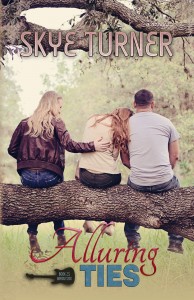 In Alluring Turmoil, we were introduced to Lexi Sloane’s two best friends, Bradi and Erik. Alluring Ties will take you on a journey into their pasts and bring you to their present. Bradi St. James is a force to be reckoned with. She’s strong, independent, and has something to prove. All of her life, she’s watched the world around her and is determined to have a different fate from what she’s grown up with. The path you’ve always believed to be the right path, may not be your destiny after all. Erik Jenson is a kind man. A nurturer and the kind of friend everyone wants to have. Growing up surrounded by friends and family who support him, he’s a confident man. The choices he must make and the chances he must take as he lives and grows make him the strong, loving man he becomes. 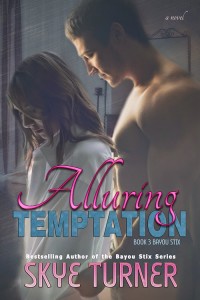 Liam Christianson is the devil-may-care, rhythm guitarist for Bayou Stix, the hottest rock band around. He’s a playboy and likes to do things his way. No regrets. He knows that women love him, and he uses that to his advantage. He’s cocky and shallow. Or so it seems.Clove Rodrigue is the baby sister of Liam’s bandmate and friend. She’s a sweet, fairly innocent young woman who was dealt a bad hand and became a victim of circumstance. After finishing culinary school, she returns home to Baton Rouge. She finds herself living under the same roof as Liam and they quickly realize they are like oil and water. He hates how perfect she is, and she can’t stand his treatment of women. Both Liam and Clove are accustomed to letting others see only what they want them to see, each hiding behind false pretenses.What happens when polar opposites realize that their hatred of one another is really attraction? Will they succumb to the allure? What happens when the things that you fight so hard against are the very things you need the most in the world?