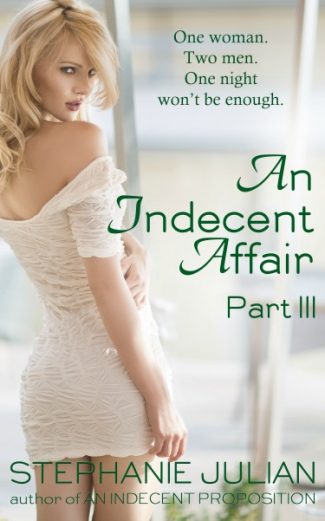 Letting her insecurities get the better of her, Katrina pushed Adam away after another amazing night in bed between him and Tristan. In the light of day, she realizes she needs to apologize. She only hopes Adam will listen.

After walking out on Katrina, Adam believes the only way Tristan can have a shot at a relationship with her is for Adam to step aside. He’s not the kind of man she needs in her life and Tristan has wanted her for too long to give up now.

Or course, passion has a way of derailing the best of intentions… 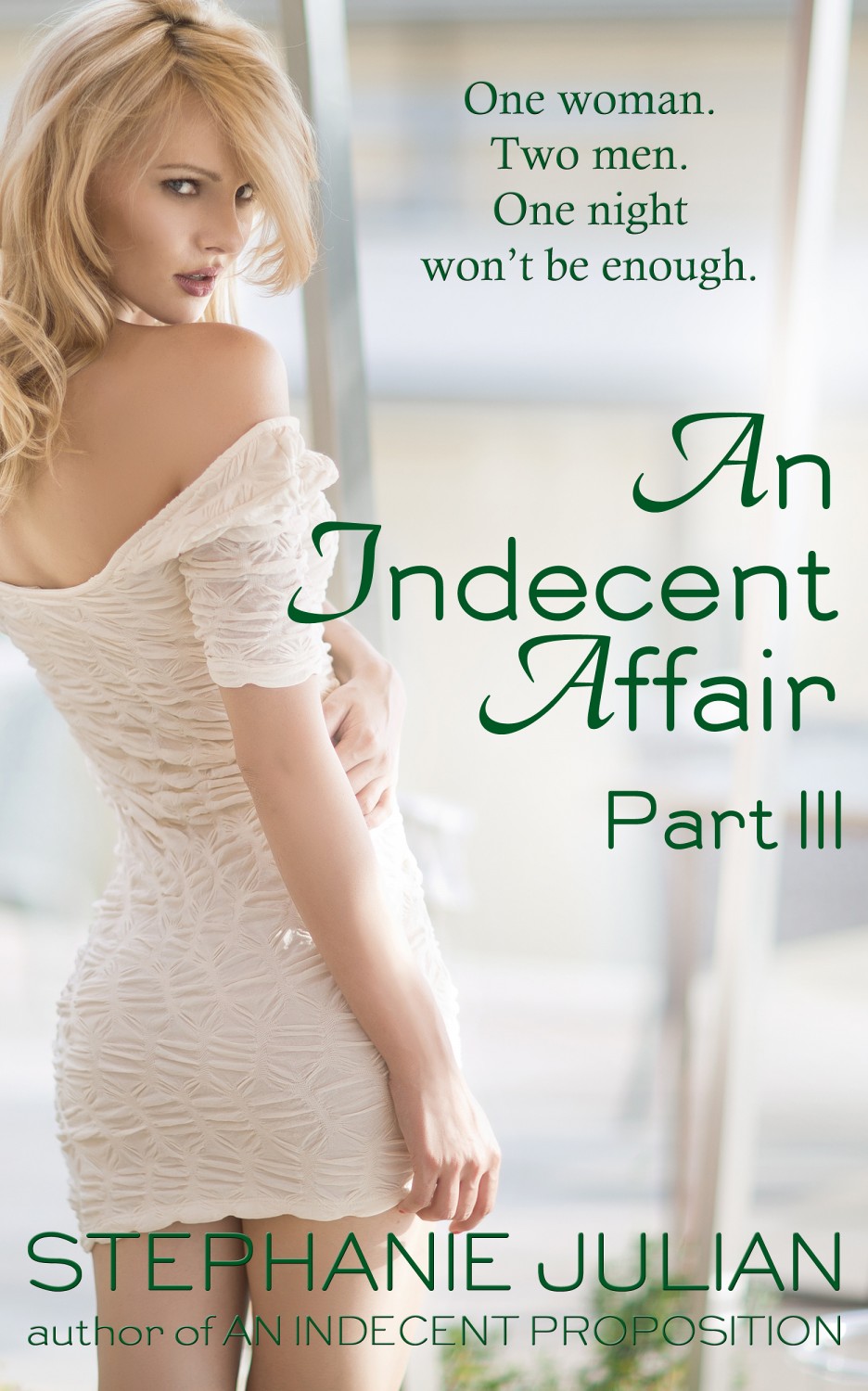 Adam’s masterful kiss made her feel as if she was drowning in lust. His lips moved over hers with a purpose that had her pressing closer, rubbing against him.

Tilting her pelvis into his, she tried to get closer, her body moving instinctively. The hard ridge of his erection nudging against her clit made her moan. Made her want more. Harder. Faster.

Simply by kissing her?

She wanted him to stroke every inch of her skin with his hands. Wanted to get her hands on him. Just thinking about it made her moan into his mouth.
Adam groaned and pulled away from her mouth but not from her body. “Jesus, Kat.” He put his mouth against her neck and sucked on her neck hard enough to make it sting. “This isn’t smart.”

No, it really wasn’t. She tried to pull away, wanted to see his expression, but he wouldn’t let her move far enough away. He kept her tight against him, his erection pressing against her stomach, making her want to slip her hands into his jeans and stroke him.
This wasn’t why she’d come here.

She tried but couldn’t catch her breath. His scent surrounded her, making her thighs clench and her sex moisten. She didn’t want to stop.
She didn’t want to be smart. She wanted to be naked and have Adam pound into her, make her scream his name.

Turning her head, she bit his neck. Not hard, just enough to make him shudder against her.

In the next second, he laced one hand through her hair and tugged. Her head tilted back and he sealed their lips together again.
This time, he demanded so much more. And she was more than willing to give it to him.

She returned his fast-building intensity with her own, her hands working under his shirt until she felt warm skin. Flattening her hands on his back, she pressed him closer, moaning when he settled his hand on her ass and ground his cock against her.

The desire to wrap her legs around his waist and rock against him made her frantic. Her fingers dug into his back and she rose onto her toes, trying to make up the height difference. Her breasts felt tender and swollen, aching for his hands to cover them. Or his mouth. His teeth.

Gasping into his mouth as he lifted her off the floor, she wrapped one arm around his shoulders to stabilize herself but had no fear he’d drop her.
The arm around her waist felt strong as steel, and the hand on her back made it clear she wasn’t going anywhere.

But he was moving and she was pretty sure she knew where he was taking her.

Still kissing her, he carried her to the stairs, navigating as sure-footed as a cat. Every movement rubbed her pelvis against his and finally, she had to break the kiss to catch her breath. Every nerve in her body was energized, every cell straining for something she was fast becoming addicted to.

That should scare the shit out of her. And somewhere inside her brain, it did. But that part of her brain had been hijacked by the unfamiliar sensation of wanting so badly and having what she wanted within her reach.

When they reached the top of the stairs, Adam stopped, and sudden fear swept through her. She didn’t want him to put her down and tell her to think about what she was doing. That he was going to ask her if she was sure and she was going to say no, she wasn’t, because that’s what he expected to hear.

“One question. Do you want me to stop?”

That had an easy answer. “No.”

Leaning close, he spoke directly into her ear. “Good. Because we’re about to cross a few lines, and I can’t even force myself to care. All I want is you naked and under me.” 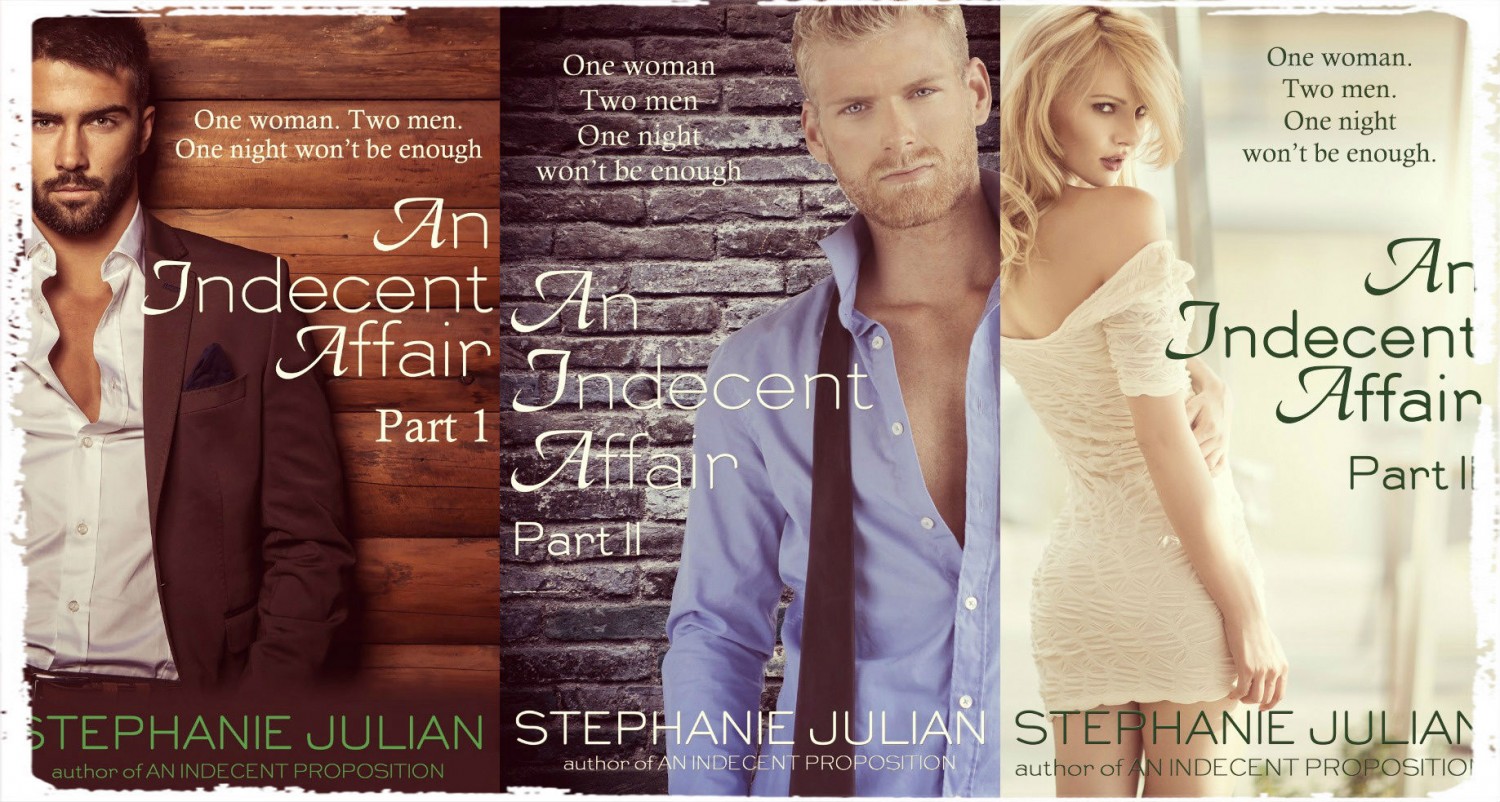 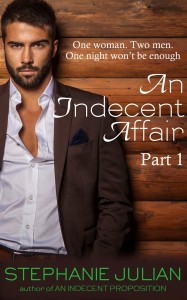 One night. One woman. Two men. Twice the desire.

Katrina refuses to give in to her mother’s demand to marry a man she can’t stand. After years of trusting no one with her heart or her body, she wants to be swept off her feet, to experience complete surrender, if only for one night.

Tristan has lusted after Katrina for years and tonight he’s making his move. He’ll steal her away from his brother, who doesn’t deserve her. Then he and his best friend, Adam, will give her exactly what she wants… 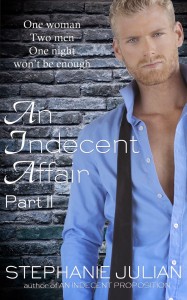 Katrina is finally taking control of her life. She’s quit her job in Boston and is opening her own law practice in Philadelphia, home to Tristan and Adam. She spent one sensually mind-blowing night in their arms. And then she snuck out before morning.
Tristan is looking forward to breaking down Kat’s walls and starting a relationship. Adam isn’t sure Kat is the woman he and Tristan need in their lives. And he’ll do whatever it takes to make sure they don’t make a huge mistake…