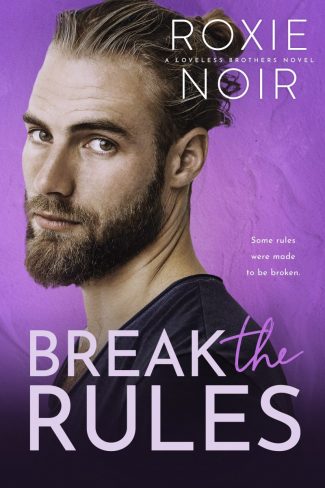 She’s my best friend’s kid sister.
Only she’s not a kid any more.

Break the Rules, an all-new hilarious, brother’s best friend standalone romance from Roxie Noir, is coming November 21st and we have the steamy cover!

As a forest ranger, I believe in the simple life. I prefer cabins to apartments, trails to freeways, and trees to people. My life is orderly, predictable, and quiet.

Until it’s hit by a woman I never saw coming -- Hurricane June.

She’s fierce. She’s feisty. She has a laugh like the first day of spring, and she’s so pretty that I can’t breathe when I look at her. June will only be in town for a few months—just while job-hunting. She won’t last until winter, but how can I resist?

Except I have to. She’s my best, oldest, and most loyal friend’s baby sister.

Betraying him would be the worst thing I’ve ever done. Not betraying him might be the hardest.

Especially once we start working together on a secret project. All this spending time together, sneaking around at night, and lying to her brother about what we’re doing sure feels like more than friendship.

But I guess some things were made to be broken. 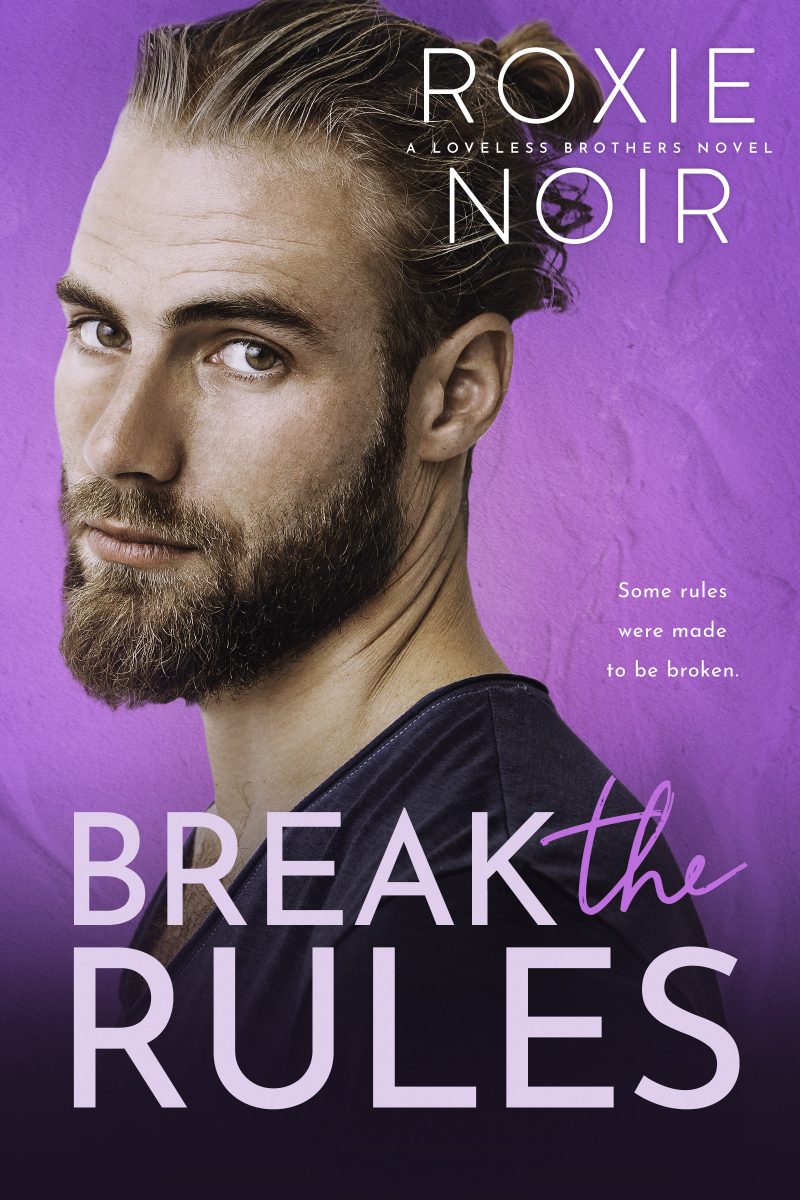 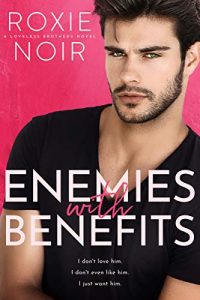 I don’t love him. I don’t even like him.
I just want him.

Eli Loveless was my nemesis from the first day of kindergarten until we graduated high school. Everything I did, he had to do better – and vice versa. The day he left town was the best day of my life.

Ten years later, the day he came back was the worst.

Grown-up Eli Loveless is sexy as sin. He’s hotter than asphalt in the summer. The irritating kid I once knew is gone, and he’s been replaced by a man with green eyes, perfect abs, and a cocky smile.

It’s bad that I want him.

It’s worse that he wants me back.

And then there’s a shared kiss that leads to the hottest night of my life.

This is no office romance. This is a five-alarm fire.

What’s a girl to do when the man I can’t stand is the one I can’t stop lusting after?

Enter into a friends-with-benefits agreement, of course.

No dates. No relationship. Just blisteringly hot sex, because if there’s one person I could never fall for, it’s Eli. 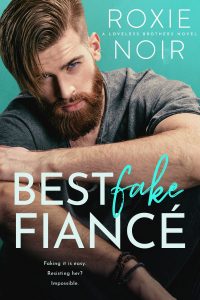 I told a judge I was engaged to my best friend.
Now we’re faking it.
How hard can it be?

My life has room for exactly two women: my daughter Rusty and my best friend Charlotte — known to everyone as Charlie.

One is a feisty, tomboyish firecracker. The other is my seven-year-old. I can’t imagine life without either.

So, when my ex springs a custody hearing on me, I find myself telling the judge that I’m engaged to Charlie.

The only problem? I’m not.

Time to fake an engagement.

Pretending we’re a couple will be no big deal.

We’ve been friends for years. We used to sneak cigarettes behind the bleachers. We turned cans of hairspray into flamethrowers. We got drunk on stolen malt liquor.

She’s beautiful, vivacious, spontaneous, and she loves my daughter to death. It’s the perfect answer: we fake it for a few months, then go back to our lives.

It takes one kiss.
One touch.
One shared secret and suddenly, I’m not pretending anymore. I want her, I need her in ways I didn’t know I could.

But there’s a lifetime of friendship between us and falling in love with Charlie could risk everything. 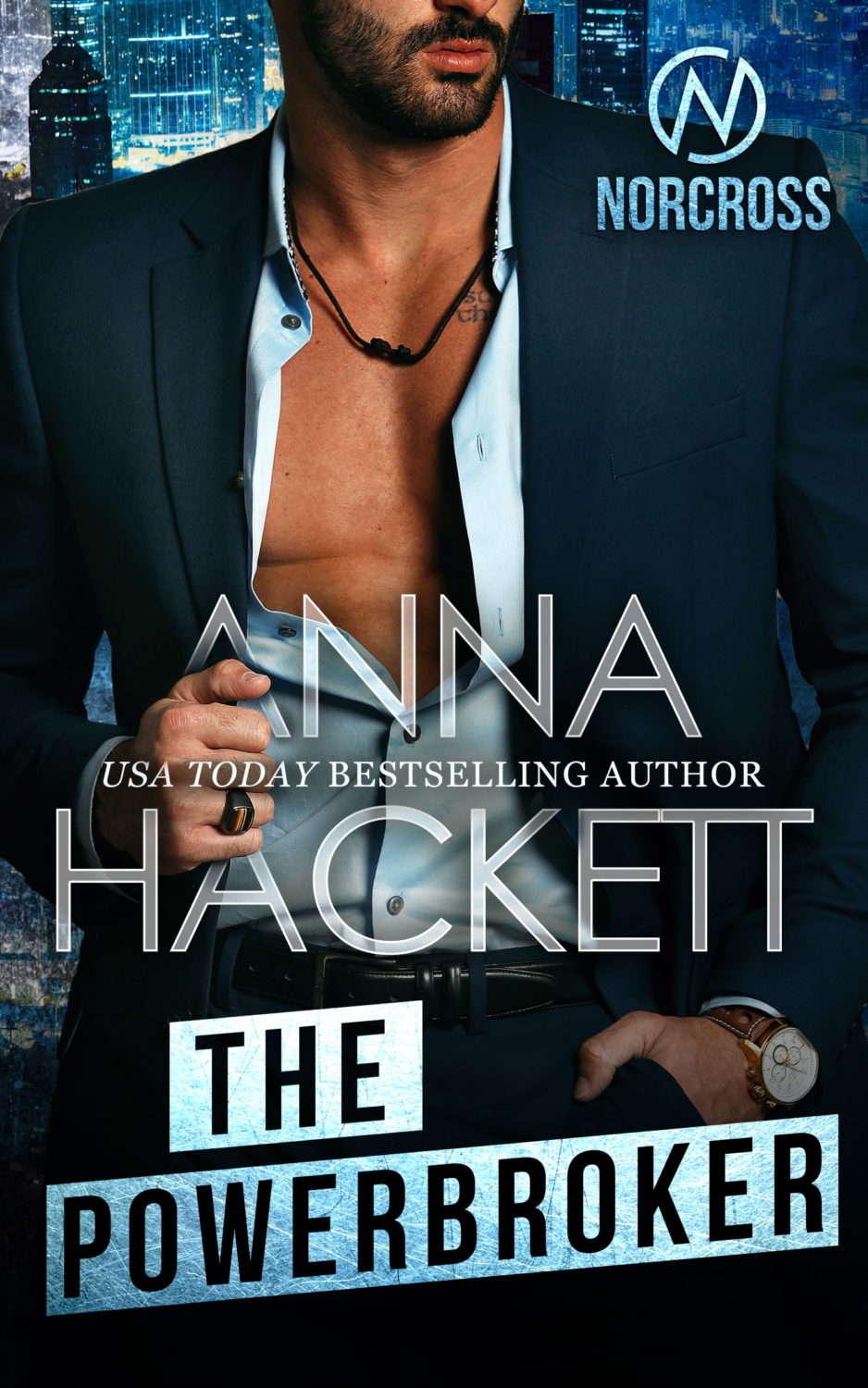