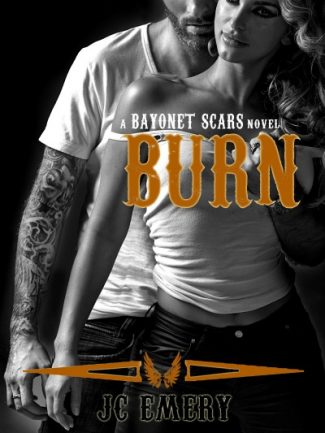 The blood of enemies coats the leather of their vests and a trail of bodies lie in their wake, but the Forsaken Motorcycle Club isn't done yet. Carlo Mancuso still needs to pay for his sins. Nobody knows that more than Ian Buckley, the Treasurer for Forsaken.

Ian prefers his pleasure mixed with pain and he's only ever at peace when he's doling out justice. Convinced that he's too unstable and sadistic to take an Old Lady, he keeps his trysts, like all of his relationships, brief and anonymous. But with his club at war, and the stakes being so personal, Ian's feeling the events around him more deeply than he expects.

Mindy Mercer is the sweet daughter of Fort Bragg’s most respectable cop. At least that’s how the town sees her. Very few people know the Mindy who hides her tracks and battles her cravings by lying to everyone around her. She thinks she has control of her addiction until she suffers an attack that leaves her searching for a way out of her own personal hell.

Mindy has never been more desperately in need of a savior and Ian has never seen a more beautifully destroyed creature in his life. Their attraction is intense, but their damage is extreme. Some scars never heal, and some people never get better.

Love is never more painful than when it can kill you. 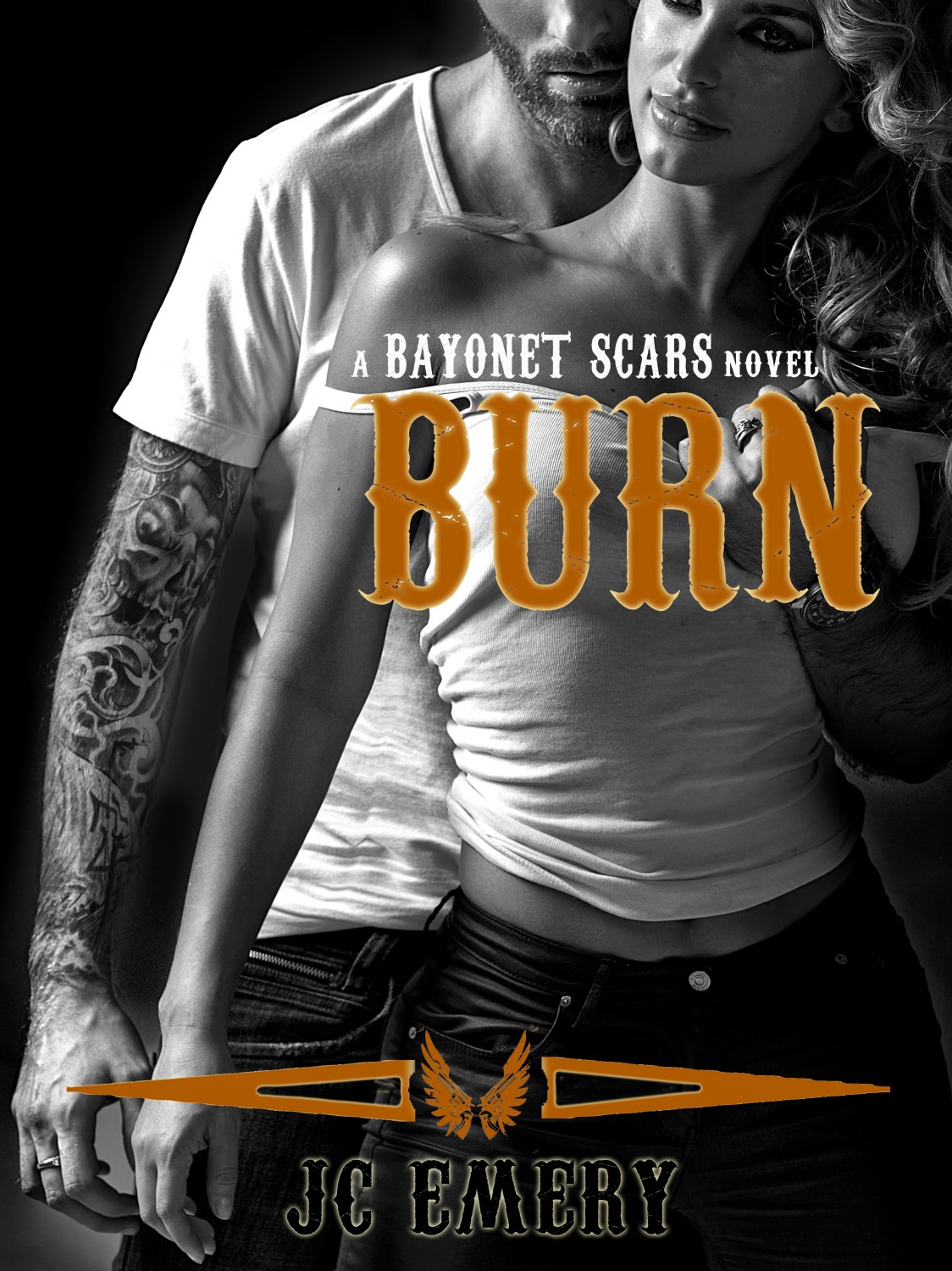 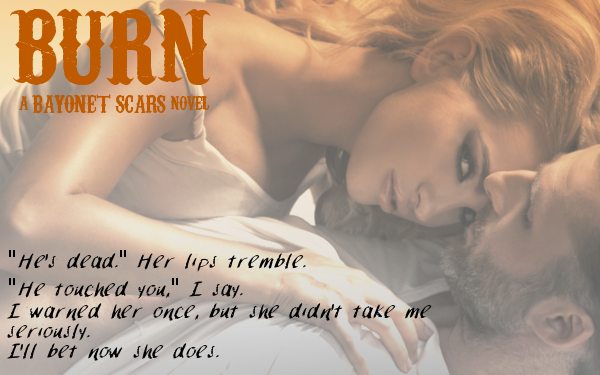 “You got any idea how bad you fucked up?” Ryan asks. Judging by the fact that I have four members of Forsaken staring me down like I’m dog shit, I think I have some clue. “Fucking answer me.”

I try to respond, but it’s more than a little difficult to get my vocal cords to cooperate. All I can think is about my dad and how he’d flip out when I’d fuck up. He would ask me all these questions that he never intended for me to answer. It’s what you call a rectal question or whatever you call it. Even when he’d demand an answer, he didn’t really want one and never gave me time to give him one. He just likes to yell—something he still does when he manages to stay out of The Hole long enough to get a phone call in; and unfortunately, my sister pretty much always rats me out.

“Yeah, I got it,” I mumble after some serious thought on the subject.

“Don’t think he gets it,” Diesel says. His voice booms in the ever-shrinking room.

“Give the boy a chance to prove it,” Grady says. His attention is still focused on Ryan. I thought these two weren’t getting along, but maybe I was wrong. “He’s been comin’ around for some time now, saying he’s man enough to wear the cut.”

“You were all just kids once.” The words come from a deep voice that’s familiar, but I don’t quite place until I see Chief’s long black hair and his broad shoulders. He moves into the room and everybody grows silent. Grady, who is one scary motherfucker, seems to take a step back as he acknowledges Chief’s presence. If I didn’t already know Chief’s long-standing history in the club, I would be well aware of it now. Wyatt is Vice President because he wanted the job according to my dad. Chief could have had it, but it wasn’t his end game. Great power, great responsibility and all that shit.

“Fucked up, didn’t you?” he asks. His brow and jaw are relaxed. I remain silent expecting this to be another one of those questions I’m not supposed to answer.

“Come on, Chief,” Ryan whines. I’m not talking about a manly whine—if there is such a thing—I’m talking about this full-on, high-pitched fucking whine. His brows furrow and he stomps his foot. Diesel snorts, but Wyatt and Grady both look annoyed at his antics. Only Chief doesn’t react.

“Fine,” he says. A small smirks appears in the corner of his mouth. My attention shifts to Ryan, who is smiling full of teeth that look as though they’re growing sharper by the moment. He lunges forward with his right foot, but stops suddenly. I make the mistake of jumping back quickly. Like a wild animal, the action spurs him on. Before I know it, he’s stepped forward with his left foot. It’s happening so fast that I’m not really thinking—just reacting—and I take several steps back.

“Let’s play a game—I catch you—you get to suck my dick,” Ryan says as he reaches out to grab a hold of me. 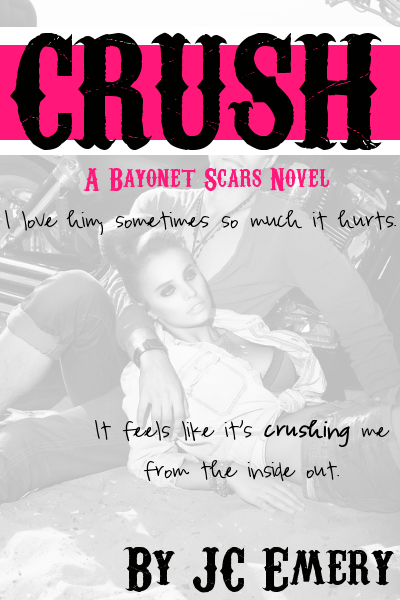 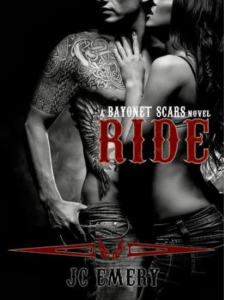 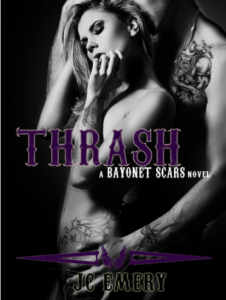 Having been left to raise her teenage brother, Jeremy, she’s already got her hands full and isn’t looking for anymore complications. But Duke’s just watched his best friend fall for the only girl he couldn’t have, and then almost lose her so shortly after, shaking him to his core. Faced with his own loneliness, he’s more determined than ever to break down Nic’s walls and show her that he can be good for her; but he’s got a bad track record and she’s got a bad temper. Changing his ways isn’t easy when he’s not sure what he’s even changing for. 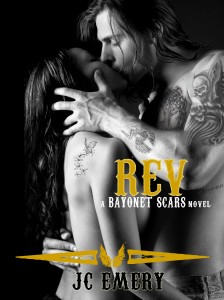 Everyone belongs somewhere. Even the misfits.With the looming threat from the Mancuso Crime Family, the Forsaken Motorcycle Club is preparing for a war that could destroy them. Grady, the club’s Sergeant-at-Arms, knows that love makes you weak, and he has zero interest in adding to his liabilities– especially now. He’s already got his teenage daughter who keeps him on his toes and a beef within the club that could fracture his relationship with a fellow brother for good.For Holly Mercer, her life is finally getting on track and the last thing she wants is trouble from her hometown’s resident outlaws. Keeping her nose clean is easier said than done, when suddenly she finds herself embroiled in club business. Holly might like the idea of being with a real-life bad boy, but even being in the same room with tough-as-nails Grady flusters her.When Holly inadvertently finds herself on Mancuso’s radar, she has two choices: trust that Grady will protect her, or continue to refuse the club’s help. Both roads are dangerous, but only one has the chance to damage her beyond repair.Love is never more dangerous than when it can destroy you. 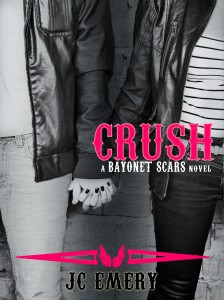 Young love is always perfect. Until it’s not.Cheyenne Grady is a total daddy’s girl to her bad-ass father, the Sergeant-at-Arms of the Forsaken Motorcycle Club. She’s funny, and kind, and she just wants that deep, earth-shattering love like her dad has with her school secretary, Holly. But Cheyenne’s been looking in the wrong direction, because the only good that can come from the way she looks at Jeremy Whelan is a lesson in heartbreak.Jeremy always wanted to prospect for the Forsaken Motorcycle Club and wear the same patch as his father. When a life-long dream becomes reality, Jeremy realizes that the outlaw lifestyle is not for the faint of heart. Nor is it easy on relationships. He wants to be a good man, but temptation is everywhere.Cheyenne is beautiful, and strong, and exactly what Jeremy could have forever. As long as he doesn’t screw it up.Love is never more powerful than the first time.