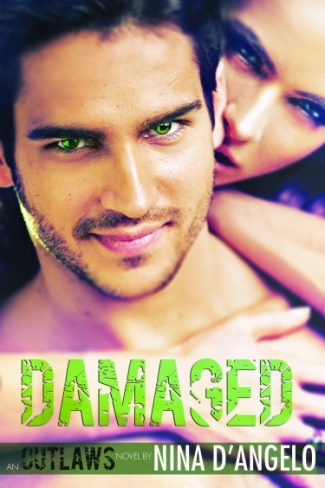 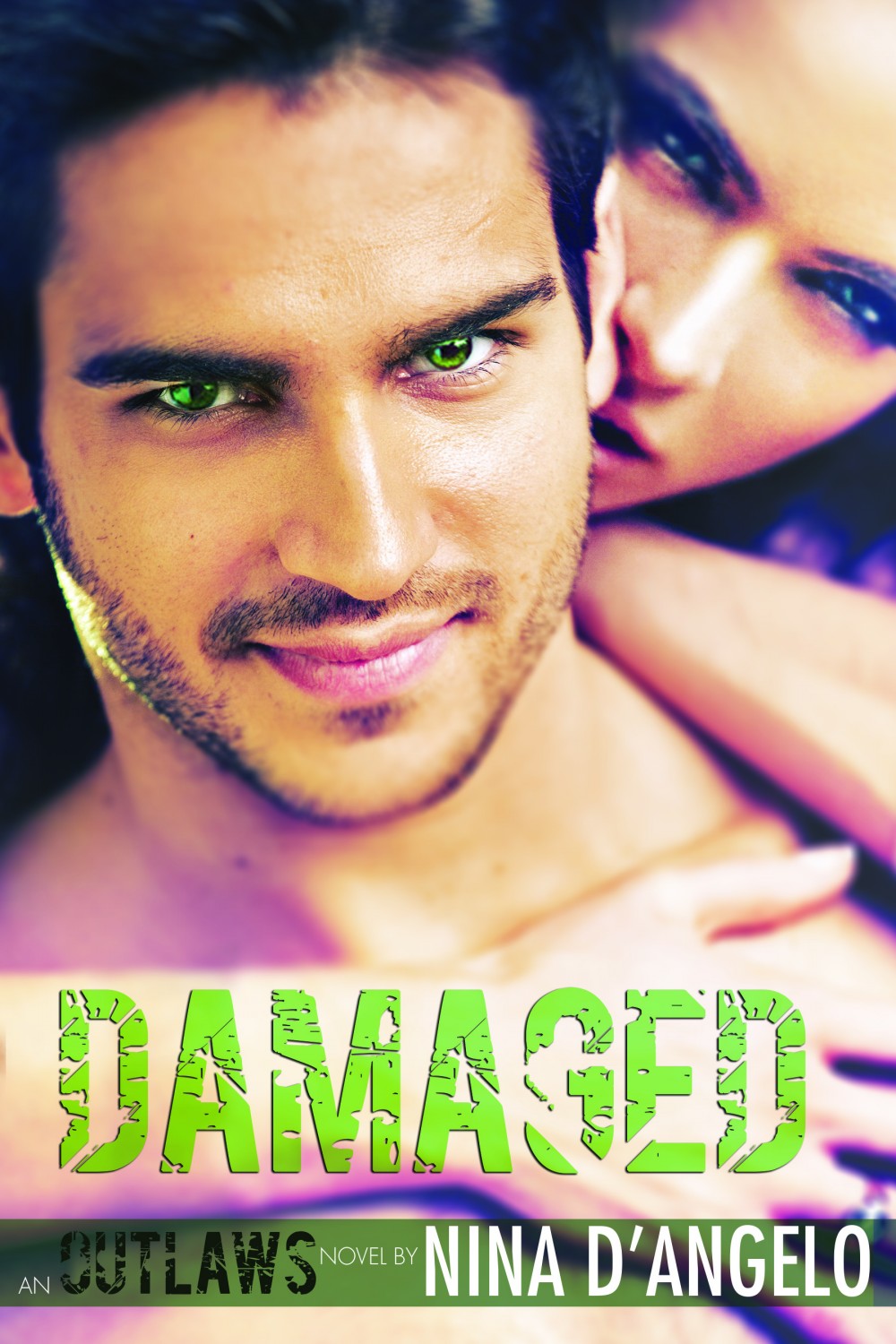 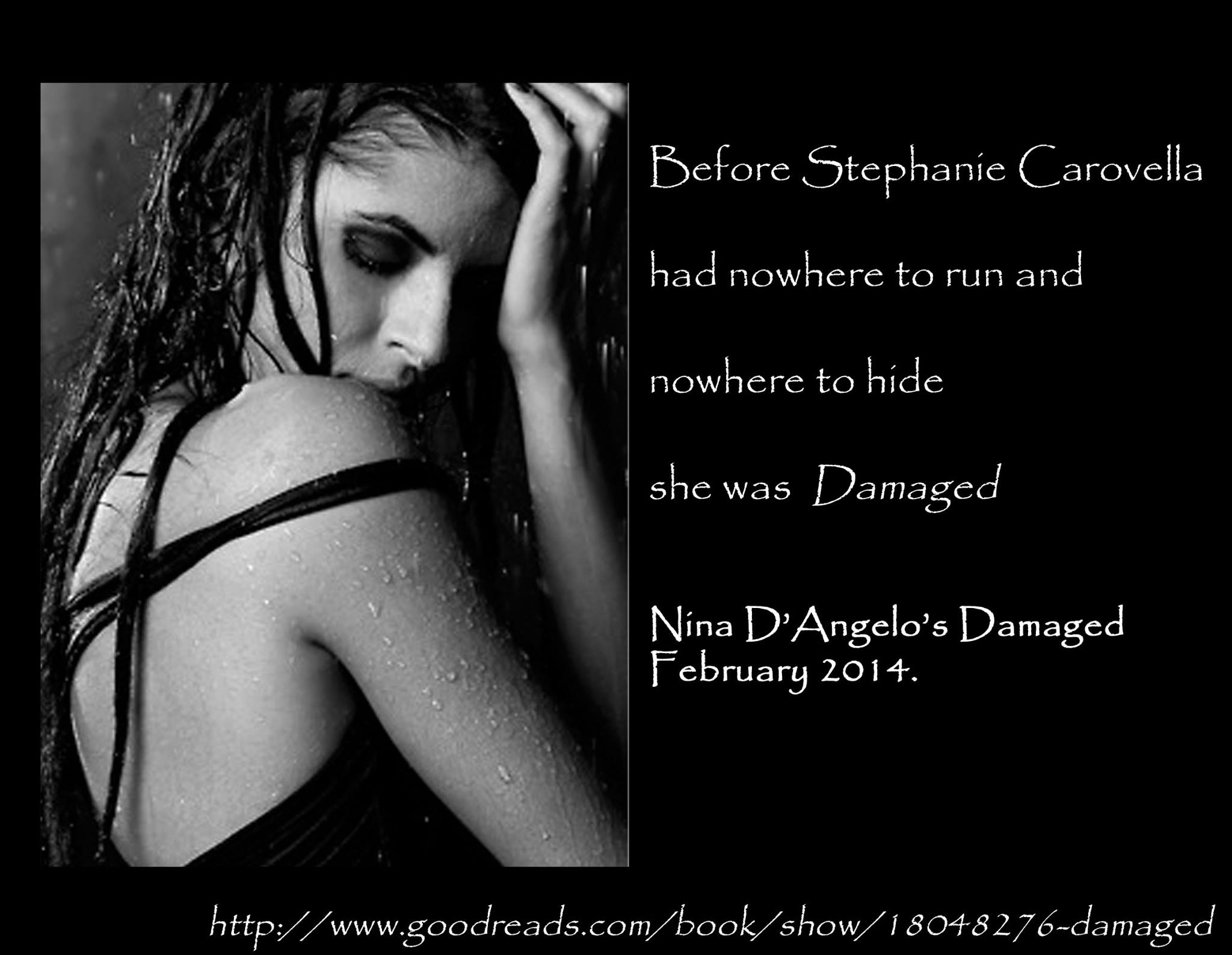 I’ve been busy over the past few months writing my third novel, which is called Damaged.

Damaged is the first in a new series called Outlaws, but it’s also the prequel to Nowhere to Run and Nowhere to Hide.

When I started writing Nowhere to Hide, I was already thinking about book three and what I could do. I’d already started plotting Deadly Secrets when someone said to me, why don’t you write Dominic and Stephanie’s love story?

I started thinking about it and thought that it wasn’t a bad idea. I asked others who had read the Stephanie Carovella series and the general gist was that everyone wanted to see their love story.

So, Damaged was born.

I’m in love with this novel so far. It feels so right and the writing flows beautifully. Originally I was planning on releasing it in December, but have pushed it back to February 2014.

I’m already working with my wonderful cover designer, Allie Brennan, to design a cover and the first promo is here.

So, without further adieu, may I present the first promo for Damaged. 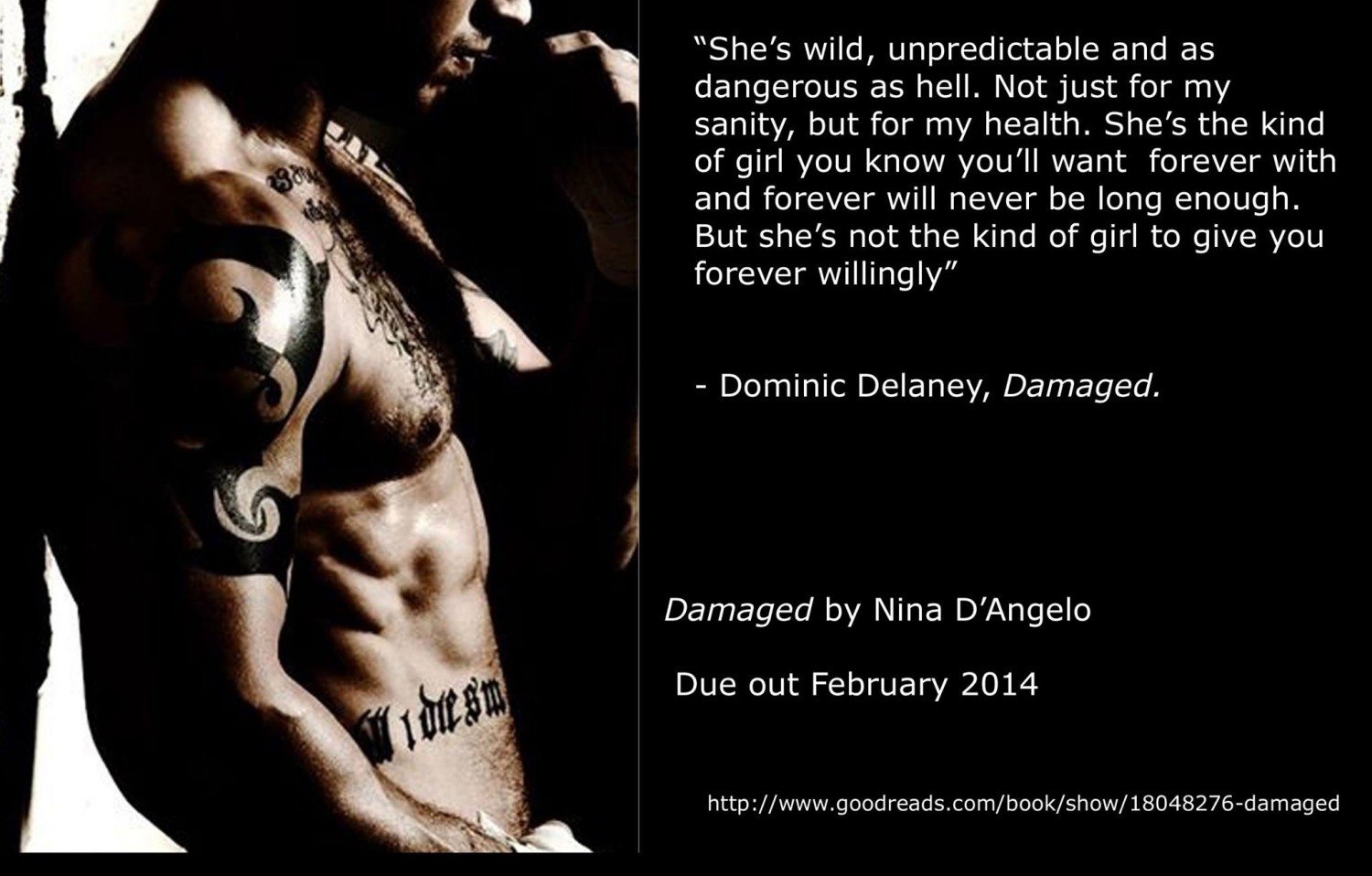 Nina D’Angelo is a freelance writer and photographer. After graduating from Deakin University in 2005, with a Bachelors Degree in Journalism and Public Relations, Nina worked briefly in PR. Not satisfied with her profession, she returned to freelance writing. Since graduating she has written her own TV series, worked for music magazines – Faster Louder and Buzz Magazine – and had her photography published in Aquapulse. She currently works as a freelance writer and her first novel Nowhere to Run will be released February 2013.