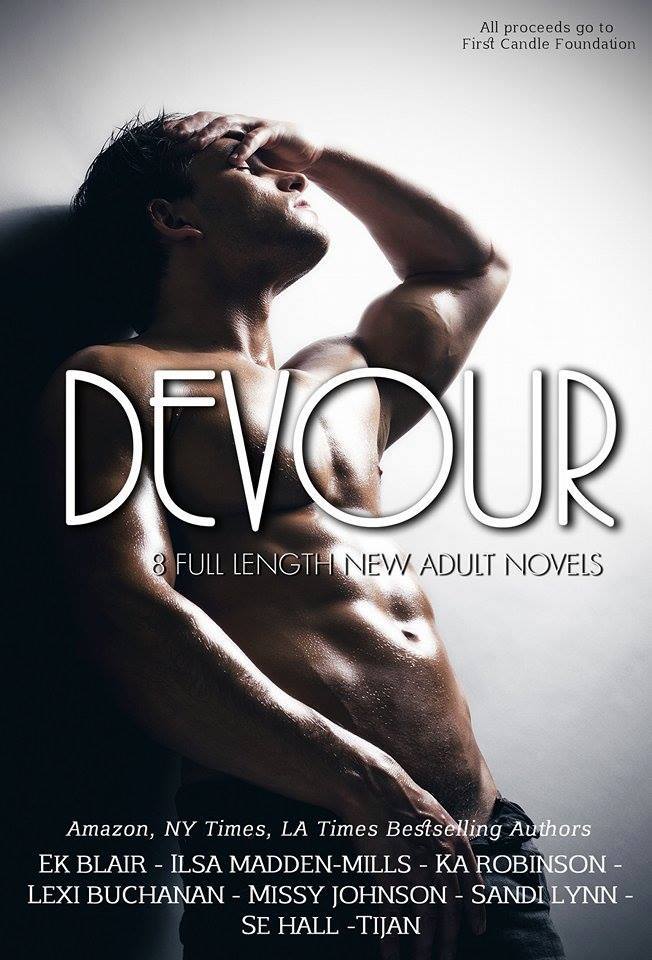 Always You by Missy Johnson

Love in Between by Sandi Lynn

All proceeds to go to First Candle 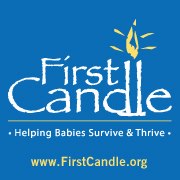 Join us to make that world a reality. 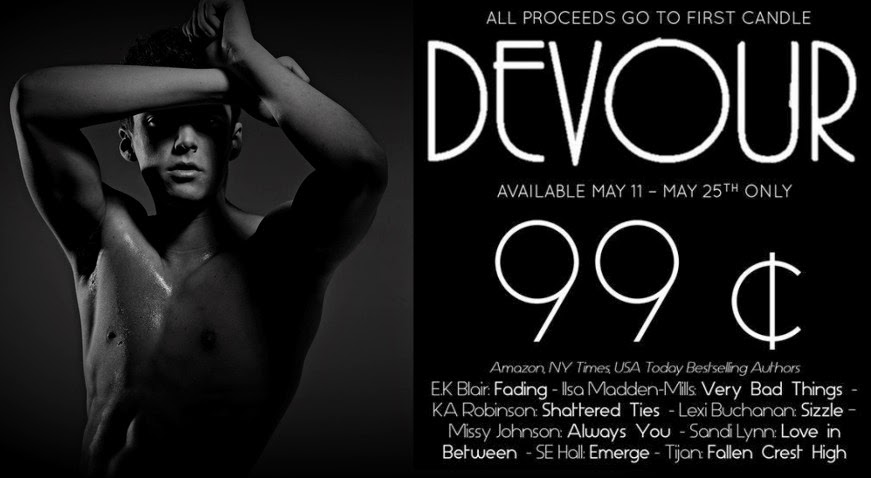 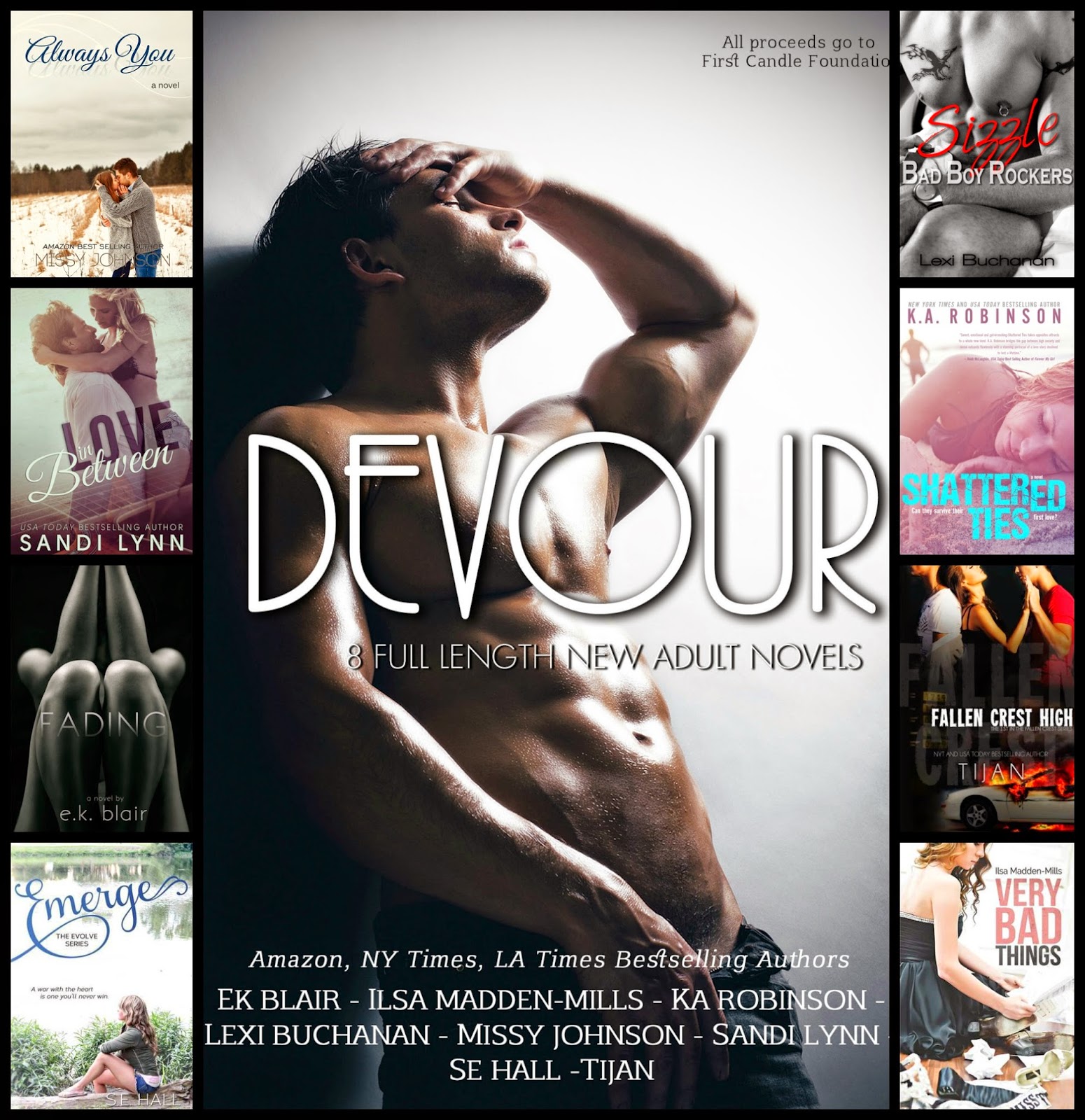 Can a guilty conscience keep wounds from healing?Fine arts major, Candace Parker, grew up with a mother who thinks image is everything, and her daughter’s perfection will never be good enough. About to graduate college and pursue her dreams of becoming a professional ballerina, Candace decides it’s time to let go and have a little fun. But fun is short-lived when a brutal attack leaves her completely shattered. The memories that consume and torment Candace are starting to destroy her when she meets Ryan Campbell, a successful bar owner. He feels instantly connected and tries to show her that hope is worth fighting for. But is Ryan harboring his own demons? As walls slowly begin to chip away, the secrets that are held within start to become painful burdens. At what point do secrets become lies?

Born into a life of privilege and secrets, Nora Blakely has everything any nineteen-year-old girl could desire. She’s an accomplished pianist, a Texas beauty queen, and on her way to Princeton after high school. She’s perfect…Leaving behind her million-dollar mansion and Jimmy Choos, she becomes a girl hell-bent on pushing the limits with alcohol, drugs, and meaningless sex. Then she meets her soulmate. But he doesn’t want her.When it comes to girls, twenty-five-year-old Leo Tate has one rule: never fall in love. His gym and his brother are all he cares about…until he meets Nora. He resists the pull of their attraction, hung up on their six year age difference.As they struggle to stay away from each other, secrets will be revealed, tempers will flare, and hearts will be broken.Welcome to Briarcrest Academy…where sometimes, the best things in life are Very Bad Things.

With a former supermodel mother and a rock-and-roll legend father, Emma Preston has the best of everything. Nothing is as perfect as it seems though. After her parents divorce, she’s forced to live with her mother in a private Santa Monica community. Ignoring their parental roles, her mother becomes more focused on climbing the social ladder while her father is off on tour. Growing up in a trailer park with his mother, Jesse is used to people looking down on him. When his mother begs him to submit an application for a scholarship to one of Santa Monica’s top private schools, he never expects to actually get it. When he does, he is forced to attend school with a bunch of rich kids. He ignores their stares as they judge him for having tattoos and a less than impressive car. As long as he has his surfboard and the guys at the tattoo shop, he knows he can make it through. When Jesse shows up on the first day of school, Emma can’t help but be intrigued. Her mother would never approve of Emma talking to someone so poor, but she doesn’t care because something about Jesse draws her to him. Jesse tries to hate Emma, but he discovers that he can’t resist her. Forced to hide their relationship from Emma’s mother and everyone else around them, things start to fall apart. When Jesse’s friend, Ally, decides to interfere, things go from bad to worse. Can they survive their first love? Or will they be left with nothing more than shattered ties?

Thalia is twenty-one and has just finished her sophomore year of college, and is trying to avoid going home to her stifling parents who have a curfew of nine every night, and have a bad habit of treating her like she’s still ten years old. Her new boyfriend, Liam, invites her to spend the summer with him and his family, so as she’s been unable to find a local job to keep her at college, Thalia jumps at the chance. Liam tells her that she can be his guest at his brother, Jack’s, wedding at the end of the summer.Jack is twenty-five and feels as though he’s drowning. He’s engaged to Mia, against his will, because it’s always been drilled into him, family comes first. Jack’s studying for a law degree, and wants to go out on his own once he graduates, specializing in criminal law. His father wants him to accept a junior partnership in the law firm owned jointly by him and Lewis, his fiancées father, to practice family law.Then he meets his brother’s girlfriend, Thalia, and he can’t get her out of his head. He needs her to keep her distance, because every time she smiles in his direction, he wants to carry her to his room and do really naughty things to her.Then Saturday night arrives and Liam takes Thalia to a new bar that has opened on the outskirts of town, where she discovers Jack’s big secret. By day he’s the good looking, slightly older brother with a chip on his shoulder, who gives her hot looks, and by night he’s Phoenix, singer/guitar player for bad boy group ‘Deception’, who makes her sizzle to the core!He has muscle.He has tattoos.He has piercings.He has a mouth that makes her panties wet every time he opens it. He is supposed to be getting married.He is also her boyfriend’s brother….

Always You  by Missy Johnson

I was thrilled when I was offered a graduate teaching position at the prestigious Tennerson Girls Academy. At twenty-three, this would be my first ‘real’ teaching assignment. Working at the elite boarding school, home to the daughters of some of the wealthiest people in the world, was a great opportunity that I would’ve been stupid to pass up.One week into my new job, and I suddenly had no idea why I chose high school…I was a seventeen year old boy once, I knew how teenage girls behaved. You can’t even imagine the hell of trying to teach thirty, hormonal driven seventeen year olds who have been cooped up, away from any male contact. I could handle the whispers every time I entered the room. I could even handle the obvious attempts at gaining my attention. What I couldn’t handle was her…Rich bitches and way too many rules. Was it any wonder that I hated school? Add to that the lack of male contact, and I was going insane. Like literally. I wasn’t used to this. A year ago I was normal. I had a boyfriend, friends and a loving family. There is nothing normal about me anymore, and nobody here lets me forget that.My name is Wrenn, and I’m only here because my aunt took me in after what happened, but my aunt also happens to be the headmistress of this academy…Can you see my problem? I’m hated for my lack of money, and I’m hated for who my Aunt is.Then he arrived. Dalton Reed. My new history teacher.Slowly, he helped me see that even in the worst situations, there is always hope.

My name is Lily Gilmore, and I was supposed to be getting married today. That was until I found my fiancé having sex with my sister in the church moments before I was supposed to walk down the aisle. I grew up with a father who was a womanizer and cheated on my mother every moment he had the chance. He would even stoop as low as to take me and my sister with him on his trysts when we were younger. Cheating was all I grew up with, and I vowed never to live the life my mother did. After finding my fiancé and my sister together, I moved from Seattle to Santa Monica to start a new life of independence and to focus on my passion for photography, man-free.My name is Luke Matthews. About a year ago, I lost the love of my life, my fiancé, in a tragic car accident. There are no words that can describe how I’ve felt the past year. My life and all my dreams had died with her in the accident. I exist, and I play my guitar to try and ease the pain. My love was taken away, and I will never get that back.What happens when the lives of two people who no longer believe in love are suddenly changed by fate?

“You never have to be without me, Laney, never.”He lied…my everything I ever knew, trusted, wanted…I am, in fact, without him.On my own and out of my shell, I learn new things about life, friendship and…myself. Like what you’ve always known may not be what you’ve always wanted. Dane Kendrick awakened things within me that I never knew existed, unraveling and uncovering the real Laney Jo Walker. I’m a NEW adult…so is my story.

Mason and Logan Kade are two brothers who did their own thing. They were rich and expected to attend her school, Fallen Crest Academy. They chose public school and now Samantha has to live with them. The problem is that she doesn’t care at all: about them, about her friends, about her cheating boyfriend, or even about her parent’s divorce. But maybe that’s a good thing. Maybe change is a good thing.