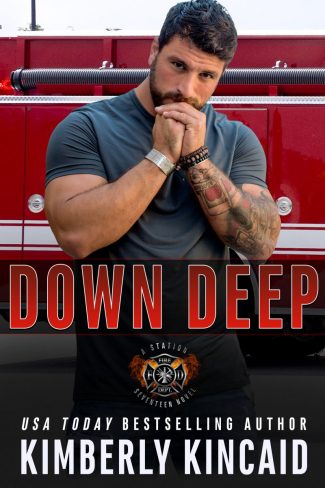 Ian Gamble has a past he’d rather forget—which is exactly what he’s doing at The Crooked Angel Bar and Grill when the place catches fire. Between his active duty in the Marines and his experience as a firefighter, his instincts get him and hot, headstrong bar manager, Kennedy Matthews, to safety. But those same instincts kick into high gear when the fire is ruled an arson, and he discovers Kennedy’s got secrets of her own.

The only thing that matters more to Kennedy than her bar is her brother. When she finds out he’s in over his head with a dangerous arsonist, she’ll do anything to keep him safe—even if it means teaming up with Gamble, who’s too sharp-eyed and hard-bodied for his own good. With every step, their attraction flares hotter and the risks grow more dangerous. Can Gamble and Kennedy face their fears—and their secrets—to catch a terrifying enemy? Or will they go down in flames? 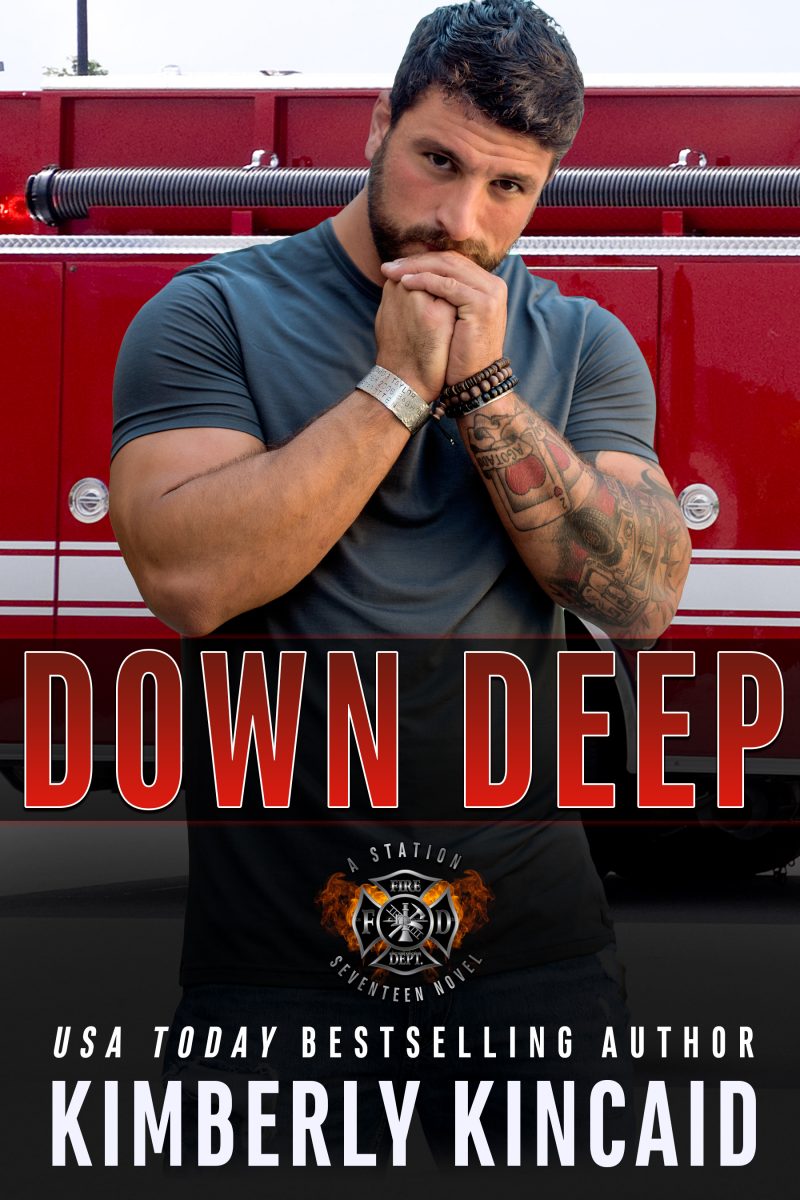 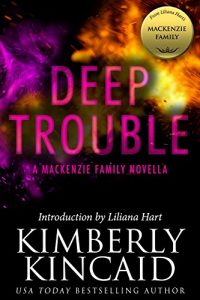 Bartender Kylie Walker went into the basement of The Corner Tavern for a box of cocktail napkins, but what she got was an eyeful of murder. Now she’s on the run from a killer with connections, and one wrong step could be her last. Desperate to stay safe, Kylie calls the only person she trusts—her ex-Army Ranger brother. The only problem? He’s two thousand miles away, and trouble is right outside her door.

Security specialist Devon Randolph might be rough and gruff, but he’ll never turn down a friend in need, especially when that friend is the fellow Ranger who once saved his life. Devon may have secrets, but he’s nearby, and he’s got the skills to keep his buddy’s sister safe…even if one look at brash, beautiful, Kylie makes him want to break all the rules.

Forced on the run, Kylie and Devon dodge bullets and bad guys, but they cannot fight the attraction burning between them. Yet the closer they grow, the higher the stakes become. Will they be able to outrun a brutal killer? Or will Devon’s secrets tear them apart first? 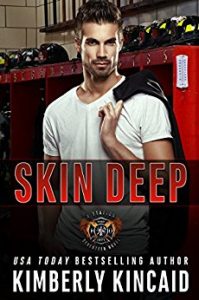 For firefighter Kellan Walker, checking his emotions at the door doesn’t just keep him on the level. It keeps him alive. A gut-wrenching find at the scene of a blaze threatens to blow his ironclad composure, but when the detective assigned to the case is the same woman who put his sister’s life at risk three months ago, all bets for Kellan being calm, cool, or collected are definitely off.

There’s bound to be fire…

Keeping people safe is Isabella Moreno’s number one priority, no matter how tough the case. Working without solid leads and with the gorgeous, broody firefighter who believes she’s responsible for endangering his sister on a previous case isn’t ideal. But someone is hurting women in the here and now. Isabella will do whatever it takes to find justice.

As Kellan and Isabella reluctantly team up to catch a criminal, they realize they have more in common than they’d ever imagined. With every move, the stakes grow higher and the passion sizzles hotter, but can they race against the clock and the odds to catch a killer? Or will they lose their hearts—and their lives? 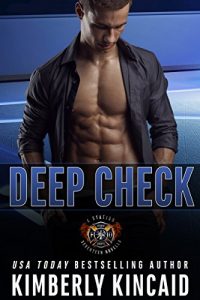 Hotshot hockey center Finn Donnelly wants nothing more than to take The Cup to his best friend’s grave after the Rage’s big win. The problem is, that also means returning to his hometown and seeing January Sinclair, a.k.a., the woman he left behind. She might be as beautiful and fiery as ever, but Finn’s ghosts belong in the past. As soon as he’s done at the cemetery, he’s on the first flight out of Remington—for good.

January has never forgotten Finn, or the impulsive kiss that ruined their friendship seven years ago. But he left town without a word, and now she’s got a fire house to run and a huge fundraiser on the horizon. When Finn gets stuck in town longer than expected, January discovers the sexy hockey player isn’t all that he seems—yet still everything she wants.

But Finn’s ghosts won’t let go so easily. Will he and January learn to build new trust? Or will their past keep them from falling in deep… 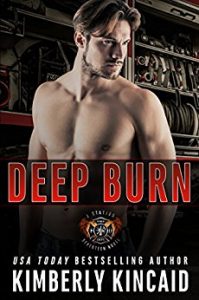 Firefighter Shae McCullough is all-in, all the time. When her reckless response at a fire earns her a two-week penance filing paperwork for the arson investigation unit, the rules and routines are enough to bore her senseless. But the discovery of a possible arson at a murder scene has her instincts fired up, and when Shae is assigned to assist Remington’s elite intelligence unit with their investigation, she’s all too ready to jump in with both boots first.

To tech and surveillance expert James Capelli, logic isn’t just a job requirement, it’s a way of life. He’s less than thrilled to work with Shae, whose impulsiveness threatens his sanity and whose curves threaten his composure. Despite their differences, they uncover a case bigger than anyone could have expected—along with an attraction that burns deep.

But this killer is no stranger, and Capelli’s got a dark past. Can he and Shae outsmart a ruthless murderer, or will his secrets bury them both?

In Too Deep (Station Seventeen #3) 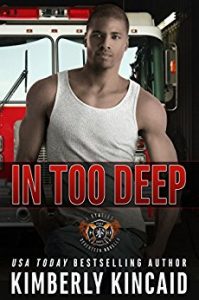 As Station Seventeen’s rookie, Luke Slater knows his fire and EMS training will be both rigorous and risky, but he never imagined having to partner up with the one woman he wants to keep at arm’s length most of all. Quinn Copeland is as wide-open as Luke is reserved. He has no interest in letting the sweet and sexy paramedic rock his hard-earned control. But the need for composure becomes the need to survive when they find themselves in the crosshairs of a brutal gang leader on their first shift together.

Paramedic Quinn Copeland’s station mates aren’t just her friends. They’re her family. She’d do anything to keep them safe—including reluctantly trusting her impossible-to-read, impossibly gorgeous new partner with the one thing she holds close. As the passion between Luke and Quinn goes from a slow burn to a sizzle, their steps grow more and more dangerous, both in the fire house and out. Can they outwit a cold-blooded killer and face the fears that could cost them everything? Or are they in too deep? 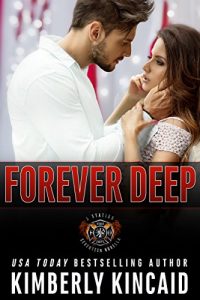 Firefighter Kellan Walker lives for two things: his fiancée and his family at Station Seventeen. But when a case surfaces with ties to Isabella’s past, he knows he’ll do anything to help her solve it—even if that means breaking all the rules.

With days to go before her Christmas wedding, Detective Isabella Moreno should be enjoying the happiest time of her life. But there’s a ruthless killer on the loose, and she’s been waiting far too long to serve justice.

As Kellan and Isabella team up to solve the case, the danger hits closer to home at every turn. Will they outwit the murderer who has haunted Isabella’s nightmares in time to make it down the aisle to their happily ever after? Or will the danger run too deep?

Please Note: This novella is an extension of the first book in the Station Seventeen series, Skin Deep. While neither story contains cliffhangers, this novella does contain references to Skin Deep that could be considered spoilers. It is highly recommended that readers enjoy Skin Deep before curling up with Forever Deep.

Kimberly Kincaid writes contemporary romance that splits the difference between sexy and sweet. When she’s not sitting cross-legged in an ancient desk chair known as “The Pleather Bomber”, she can be found practicing obscene amounts of yoga, whipping up anything from enchiladas to éclairs in her kitchen, or curled up with her nose in a book. Kimberly is a USA Today best-selling author and a 2015 RWA RITA® finalist who lives (and writes!) by the mantra that food is love. Kimberly resides in Virginia with her wildly patient husband and their three daughters.

Cover Reveal: Better Than Me (Remington Medical #2) by Kimberly Kincaid