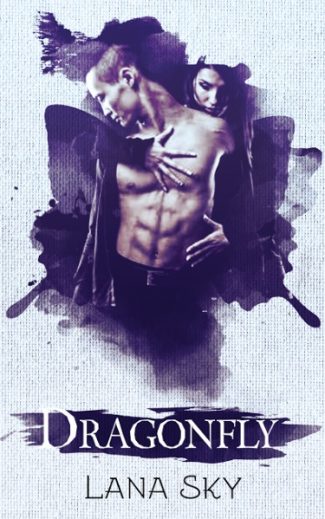 Sheltered by an overprotective family, Amy Sager—a shy twenty something poet from Canada—just wanted to break out of her shell and be free to live her own life. What better way to assert her newfound independence than by moving to San Francisco?

However, when she meets a tall, blood-drenched stranger she gets more than she bargained for. Jackie is everything she should never want. Violence, lies, and even murder taint this strange man, but she finds herself irresistibly drawn to him…like a moth to flame.

When their relationship strains her loyalty and his livelihood, it isn't long before violence consumes her independence and Amy’s quest for freedom turns into just another story of a good girl caught on the wrong side of the tracks, too far gone to turn back. 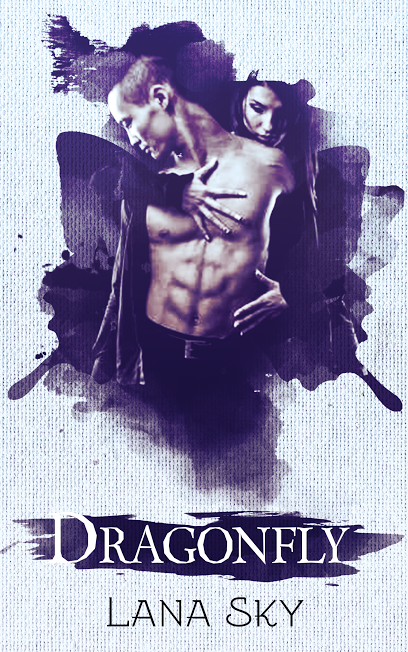 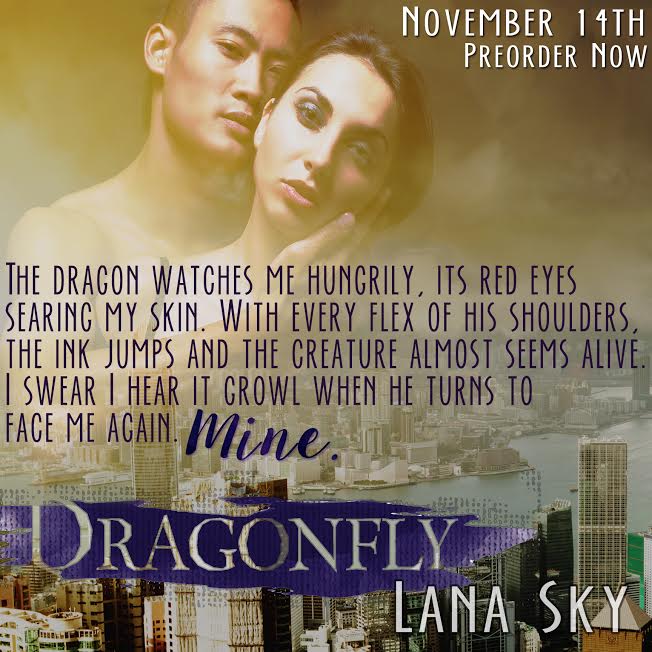 The scent clashes with the harsh aroma of sesame seed oil, coffee, and chai tea, burning the inside of my nostrils.  I find myself sniffing deeper without meaning to, breathing him in—though I don’t dare look up from the book lying open on my lap, and I never stop reading aloud.

“These violent delights have violent ends…” My voice trails off as my grip on the page slips, accidentally smudging a neat row of printed font.  Just like that, Shakespeare becomes a black stain on my sweat-soaked fingers, and I can’t stop thinking the same thing over and over again.

It has to be a lot of blood.

So thick, that the smell churns my stomach.  I have to breathe in through my mouth, which doesn’t really help me escape the other flavors wafting from his corner.  Smoke.  Not exactly like that from a cigarette…it’s more pungent than that.  Acrid—as if someone dumped lit charcoal on my tongue, and I’m instantly reminded of the time Rory took me to his precinct’s gun range on some misguided attempt to help me “break out of my shell.”

I will always remember that sound.  The weight of the weapon in the palm of my hand.  The smell that filled my lungs the moment I’d pulled the trigger.

The man watching me from the back of the semi-crowded restaurant smells like blood.  He tastes like gun smoke.  He has eyes like midnight that watch impatiently as I fidget beneath the spotlight.

“And in their triumph die.”

Scattered applause erupts from the audience, but it’s noticeably halfhearted. Rather than read one of my own poems, I’d recited a classic; the ultimate cop-out.  Boo.  Hiss.  Snore.

On another night, I’d die of embarrassment and swear to try harder next time.  Tonight, I’m shaking for an entirely different reason as I scramble up from the stool and make my way off stage.  May, the host of Feng Noodle House’s poetry night, smiles at me.  I try my best to smile back, but I can’t quite make my lips move when my eyes are too busy drifting in the opposite direction.

To him. His hands are hidden within the pockets of a black leather jacket, which shields most of his bulky frame.  He’s paired it with a simple pair of jeans…but there are even darker splotches speckling the denim.  They catch my eye and send my brain scrambling to come up with a logical explanation.  The result of the earlier rainstorm?  Or the cause of that fucking smell?

Breathe.  The silent command helps.  I suck in air and blow it out as I make my way through the narrow dining room while someone else takes the vacated stage.  Her poem is original, and she recites each word clearly, displaying a distinct flow—though I only hear the opening line: “Life is but a series of cruel intentions…”

It’s still enough to resonate inside me, more deeply than Shakespeare’s words ever could as I shove my tattered copy of Romeo and Juliet into my bag.

Life is a series of cruel intentions.  Some inflicted by others.  Some we inflict upon ourselves.  Like the way I take the time to button up my coat before palming the brass handle of the main door.  For a moment, it’s almost like I’m a normal woman preparing for a normal walk home from a night of humiliating herself for the umpteenth time.

A normal woman who isn’t counting the heavy, abnormal footsteps following in her wake.  One.  Two.  Ten.  Fifty.

It’s like my shadow has substance, matching me step for step with every inch that I travel toward my apartment.  Some nights, it’s easier to pretend that the sounds are just from the many other commuters heading home—I’m not the only person in the world, after all.  If I try hard enough at make-believe, I can imagine that there is no specter who creeps closer once my apartment building comes into view.  Neither is there any suspiciously warm air ghosting the back of my neck.  Or the hand that shoots out the moment I reach for the battered door to my building, pinning it in place.

“Will you let me in tonight?”  The voice is gruff—male—and the name he calls me isn’t in English.  On his tongue, it sounds like “woo deep moie.”

Altogether, it’s such a cheesy line that I choke on something that could have been a laugh in another setting.  Tonight, however, when paired with the blood—God, I can taste it now that he’s this close—the words take on a bitter edge.  There’s a challenge hidden in his tone.  A challenge that’s always there, no matter how many times we play out the same scenario.

I mull that question over.  It’s late, and it’s quiet enough to hear the sounds that drift through the paper-thin walls of the building.  Someone coughs.  A woman laughs.  A television blares.  My fingers tremble as they clutch my canvas messenger bag, and I shift it to my other shoulder in an attempt to hide the nerves.

“You’re afraid,” he deduces, each word heating the back of my neck like the blast from a furnace.

“You’re bleeding,” I counter, lowering my voice to a whisper.

Drip. Drip.  I swear I can hear each telltale drop hitting the pavement while a familiar urgency shakes me to the core.  Let him in, damn it!  For some reason, it’s so much harder this time to wrestle one of my hands from my side and use it to swat his away. As he withdraws, I curl my grip around the metal handle and pull the door open, revealing a narrow hallway, painted gray.

“Come in.”  I choke out the words, but he’s already on my heels, driving me up the three flights of stairs to my flat. 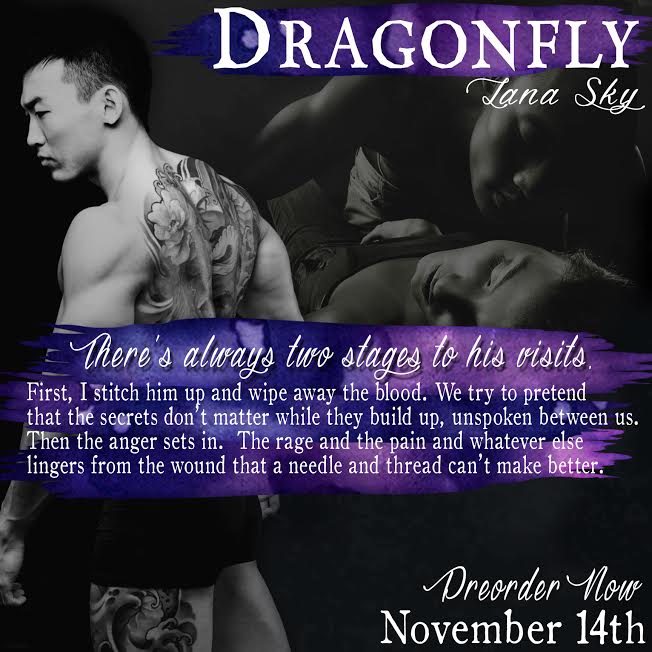 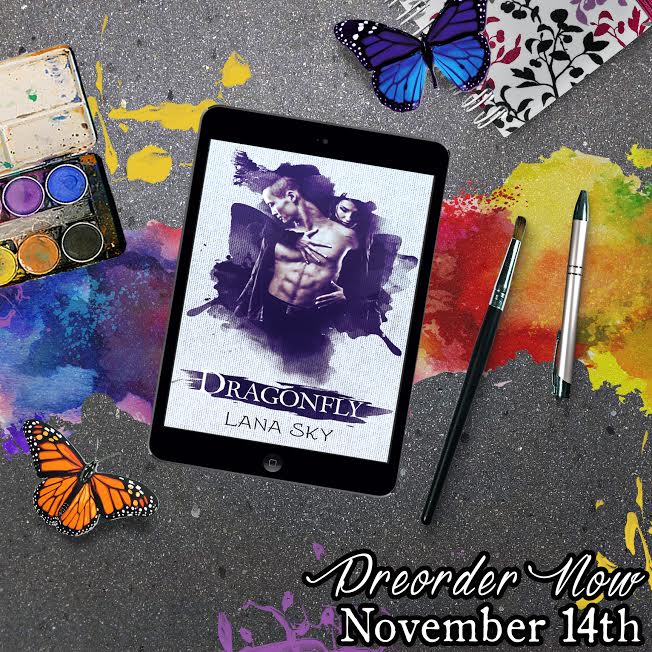 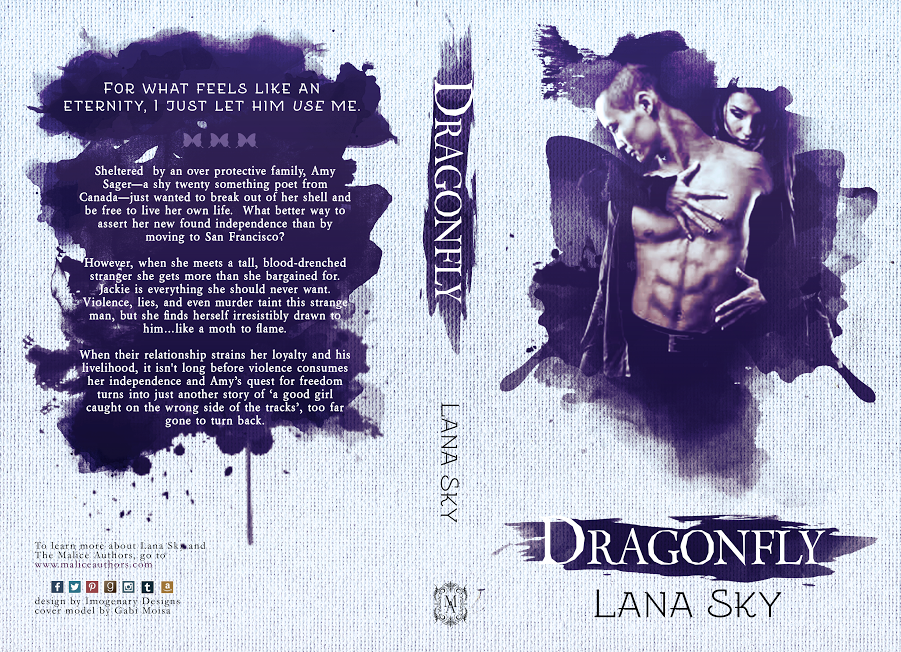 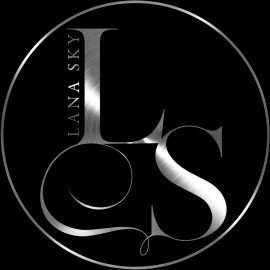