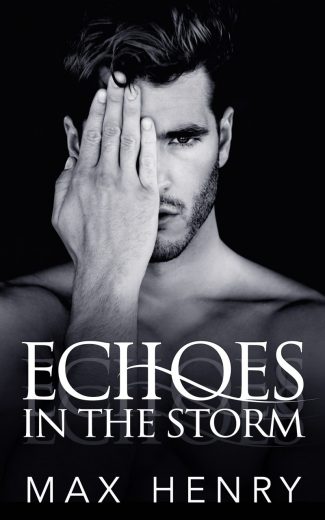 “Behind those eyes, a battle rages. One that’s not fought overseas with guns and tanks, but one that wreaks havoc in the homeland with harshly spoken words and misguided beliefs.”

One week is all we were supposed to share.
One week as strangers. Yet you became so much more.

You were the echo in my storm.

All the little things you did differently irked me. I thought it meant we couldn’t get along, that there was no chance we’d work out. But when it came time for me to leave, you know what I figured out?

They were the faint call of home, lost on the wind and the roar of thunder. It was you calling me, hoping I’d hear you and find my way out of the dark that I had lost myself in when I shut off to survive.

You were my echo. My call back.

And fuck it all if I didn’t find home in the end.

Title: Echoes in the Storm 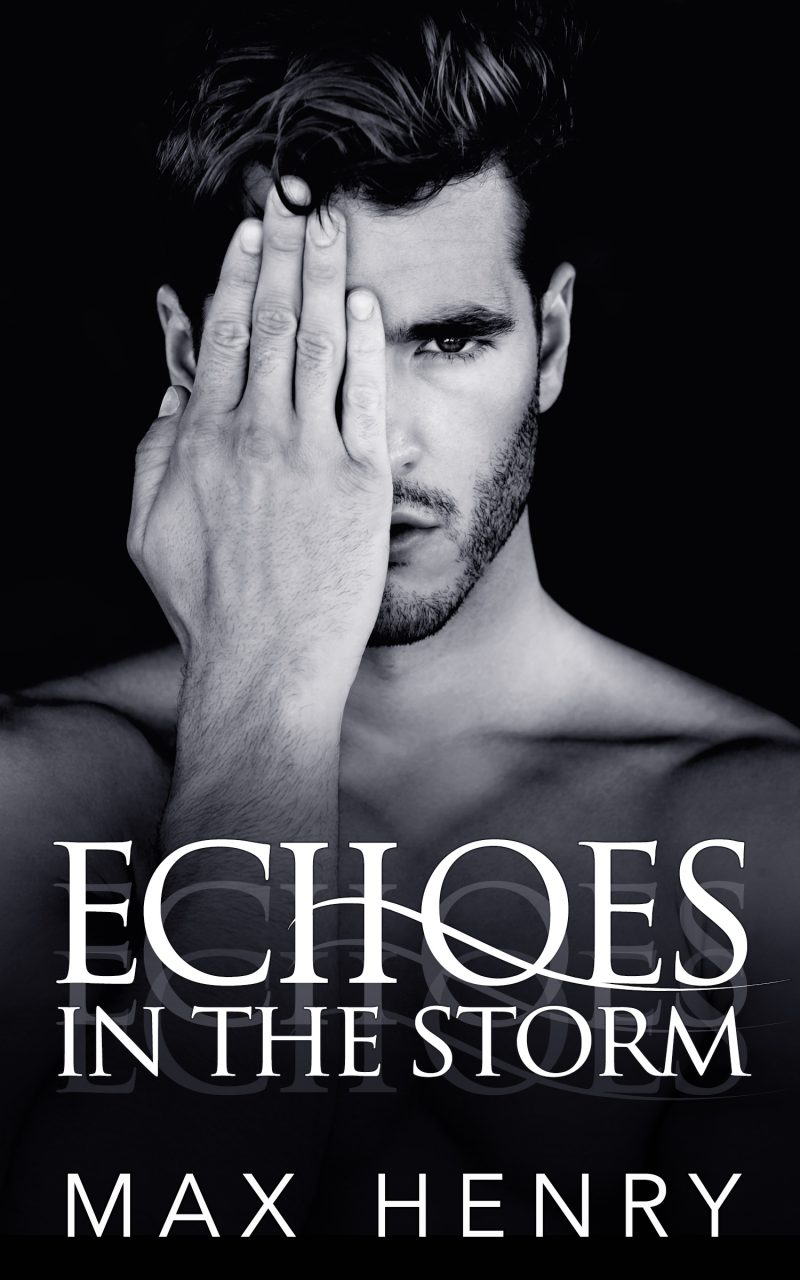 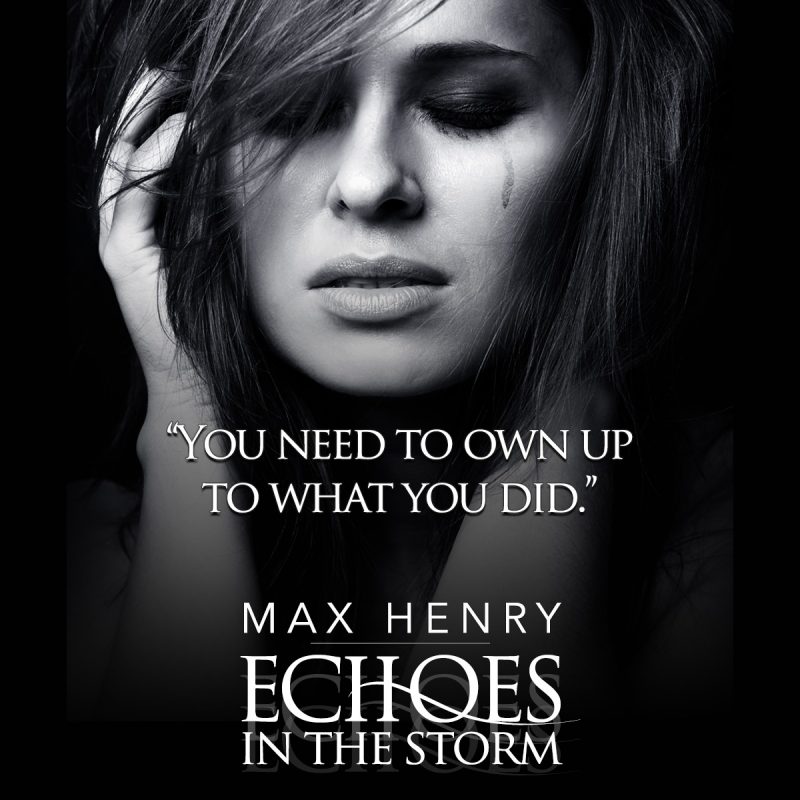 Eleven hours in the office, and this is what I have to come home to. I close my eyes and focus on my breathing, trapped in the naïve thought that maybe, just maybe, if I wish him away hard enough, it could truly happen.

Blondie belts a tune out on my car radio, the beat going some way toward helping me find my zen. Three years on, and the sheer sight of him still pisses me off the same as it did when he told me “I don’t think I could ever love you again.”

Yeah. Because loving me meant accepting the fact it wasn’t my fault, and he refuses to believe that.

I refuse to believe that.

Drawing a deep breath, I reach for the door handle and promptly cut Blondie off mid-sentence as the crisp evening air rushes into my safe haven. With my leather tote snatched in my other hand, I rise and plaster on as natural of a smile as I can manage when my back aches and my feet throb from overuse.

My ex leans a shoulder against the side of the house, tucked under the veranda as though he had hoped to blend into the shadows and catch me by surprise.

“And yet, it hasn’t dulled your attitude any.”

“What do you want?” I shut and lock the car, pining for that first dip in a hot bath.

“You ignored my calls.” He frowns as I walk right by him. “Did you think I’d be that easy to brush off?”

“Hardly.” There was a reason he used to be saved in my phone under ‘Cockroach’. “I’ve been busy.”

“You’re not the only one,” he bites, inviting himself into the house behind me. “But then again, you never did understand that concept, did you?”

“Carry on, Jared,” I snap louder than intended. “See how long this wee conversation lasts if that’s the way you’re going to steer it.”

He pinches the bridge of his nose and sighs. “I’ll make it quick.” For a fleeting second, I see the vulnerable man I fell in love with ten years ago. “I want you to sell the house.”

“What?” I throw my tote on the side table with more zest than necessary.

We were married for barely two years, not enough time for the property to have increased substantially in value. So it was decided when we split that I’d stay in it, paying the mortgage on my own, and the little that he had put in over the course of our relationship would be repaid when I sold.

“I need an end to this.” He waves a hand between us as I slump against the hallway wall. “I need to cut ties from you, Cam.”

“I thought we were doing that just fine,” I whisper as I run my eye over his carefully put together outfit.

Fuck, he unfriended me on Facebook the minute he split. I don’t even know where he lives now, just that it’s in the city, and judging by the threads he’s got on he’s doing well for himself.

Of course, he doesn’t need the money. He’s never needed anything from me. Makes sense then, that he wants me to sell to ensure he has no reason ever to see me, let alone talk to me, again.

“If you want closure, Jared, I can get my lawyer to send yours the settlement amount when and if I sell in the future. You don’t have to deal with me.”

He shrugs. “Except I would. You’d still be there in the back of my mind every time I have to list assets, Cam. Or if Kell and I want to apply for another mortgage—it’s still in my name, too.”

“So we change it.” I push aside the reference he made to the whore who stole him away. “Make a time at the bank, and I’ll meet you there.”

Silence hangs thick, choking the air in the house—the very reason for this conversation. I push off the wall with the flat of my hand and take a couple of steps toward the lounge room.

He hangs in the entrance hall. “As soon as we can agree on a realtor.”

“No.” I drop to the edge of the armchair, bracing myself with both hands on the cushion. “You’ve got to give me longer.”

“Why, Cam?” He ventures as far as the open doorway, ever reluctant to get too close to me. “You’ve had three years to get what you need out of being here. Staying in the house won’t change anything.”

I never stayed in the hope it would settle the past, or that the memories the house held could ever ease the pain. I didn’t stay to heal. I stayed to keep the wound open and festering, to never forget.

I chose to remain in the home we shared so I would be reminded every day of what I did and why I don’t ever deserve to have that kind of love again.

“You need to move on,” Jared murmurs as he retraces his steps toward the door. “It’s not healthy, Cam.”

He twists the handle and opens the front door a fraction, resting his shoulder against the edge as he drives the nail home a little harder.

“You need to own up to what you did.” 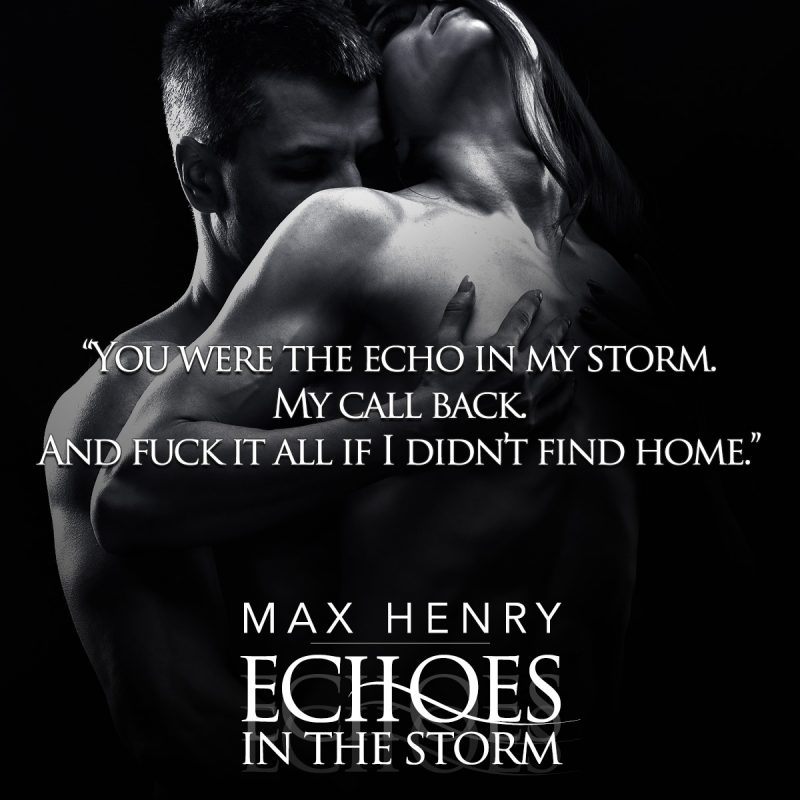 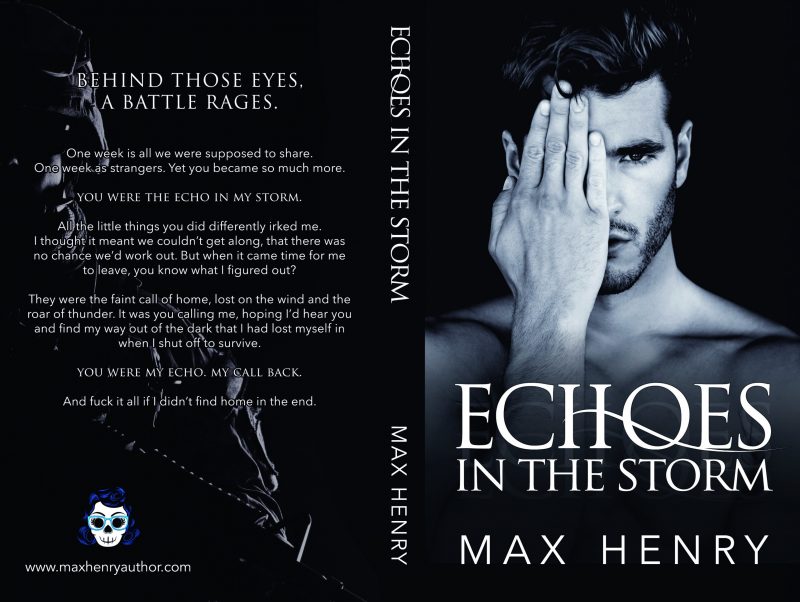