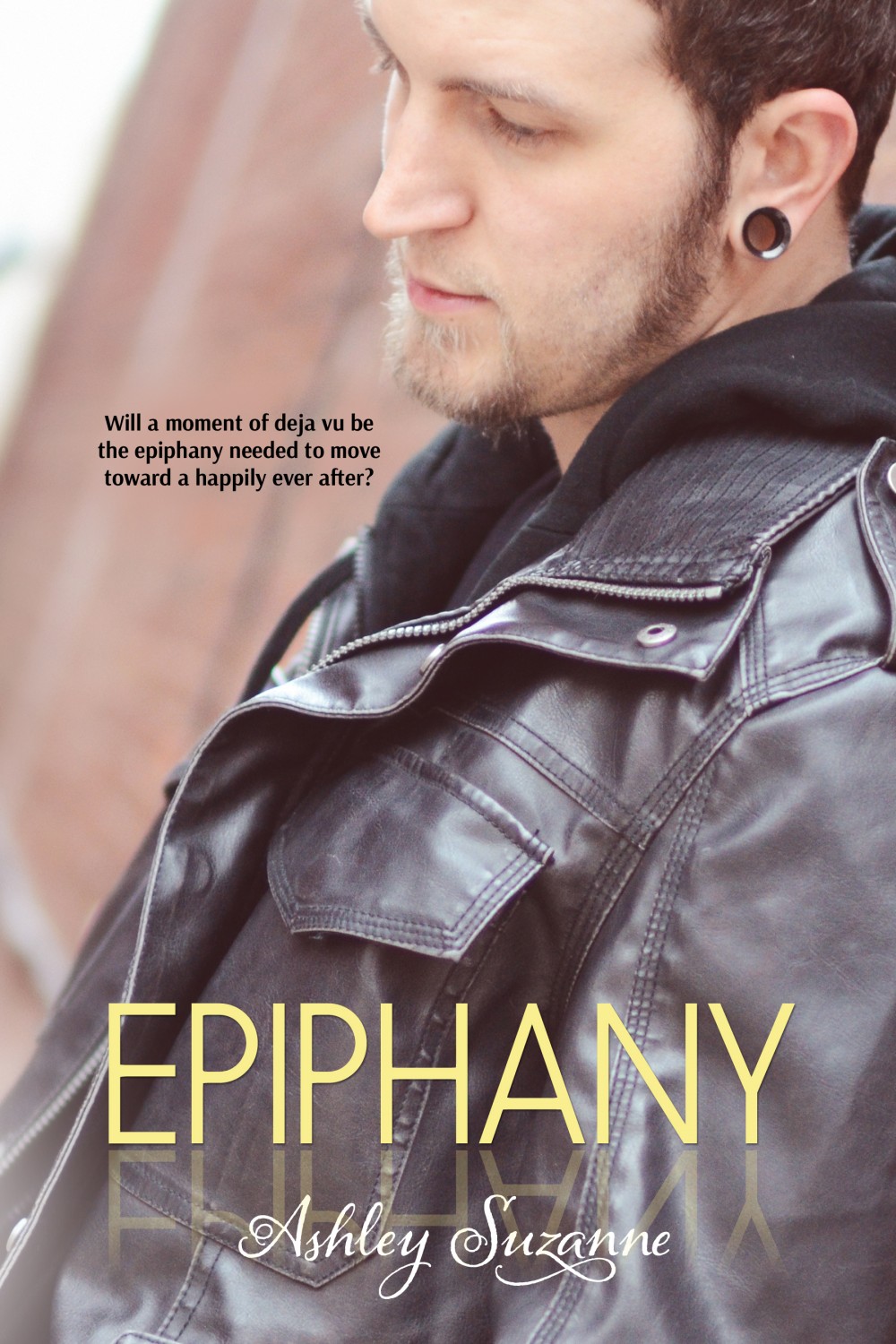 Epiphany, the final installment of The Destined Series, continues the stories of four best friends from college who are making decisions that will set the course for the rest of their lives.

Mira and Skylar have had their share of painful pasts, troubled presents and an unknown future. When Skylar finds himself getting more involved with his MC, it puts strain on his relationship with Mira, who quickly learns that trust isn’t as easily given as she would have thought. Will they be able to make it through and get the happily ever after they both dream of?

With Danny’s life now on the rocks, he continues to grasp at straws, trying to find a place for himself in the world. Between a career that isn’t what he thought it would be and dealing with the fall out with Mira and Skylar’s relationship, he struggles to move forward until the job offer of his dreams lands directly in his lap. Will he jump at the opportunity or fight for the love he’s lost?

Kylee’s recent success has caused Jacoby to feel left out, leaving him resenting her career. When an unexpected turn of events forces them to make a life changing decision, will they be able to make it out unscathed?

This group of friends, this family, are all searching for signs to lead them in the right direction. Will a moment of deja vu be the epiphany needed to move toward the happily ever after they all desire?

Mira and Kylee meet Danny and Skylar during freshmen orientation, their first week of college. Two sets of best friends embark on a new adventure together, forming life long bonds. Mira and Danny are looking forward to their future as husband and wife.

Everything is going according to plan, until tragedy strikes them on graduation night leaving three broken people to pick up the pieces. Skylar has always stood in the background, watching his best friend begin a life with the woman he’s always been in love with until he can no longer keep a distance.

Right when Mira thinks her life is back on track it spirals out of control. What if everything you thought you knew was nothing more than a mirage?

Danny Thomas has never the boy who got the girl. All through high school, he sat in the back seat and watched his best friend, Skylar McBride, in all his crowning glory. The girls always flocked to Skylar, leaving Danny the third wheel.

Everything changes the first day of college, when Danny meets Mira Adams and she completely steals his heart. She’s the only girl that ever chose Danny.

Through the ups and downs of college, Danny and Mira’s relationship blossoms into something truly beautiful. A relationship that dreams are made of.
The bond of four friends: Danny, Skylar, Mira and Kylee is tested one fateful night when an accident changes everything.

Inception immediately follows the first book in the Destined Series, Mirage and showcases Danny’s point of view during those four years that almost ended the night of graduation.

To understand the full story, you have to go back to the beginning: The Inception.

Mira’s broken and battered. She’s fighting to put herself back together while her heart is trying to forget. Can she continue moving forward with one man while in love with another?

Skylar’s wrestling demons he never imagined in his wildest dreams. The girl he’s been in love with for years finally has feelings for him. There’s only one problem: her heart might lie somewhere else. How long until his will power shatters?

Who will seize Mira’s heart and never let go? Will these feelings ever go away or will they be an AWAKENING?

Kylee Anderson has all the qualities any man would want; sexy, fun, witty, intelligent and most importantly, she never wants a commitment.

She’s gone the last four years getting exactly what she wants out of life: She’s continued a friendship with her oldest friend in the world, built a new bond with Skylar and Danny, and had the full college experience.

After graduation, Kylee starts looking for a job where she meets Jacoby Roberts, CEO of the largest real estate development company in Ann Arbor. Just when she thought she was falling for Jacoby and his charm, she was hit with the reality of why it could never be. Not just with him, but with anyone.

Determined to continue down the path of sex without titles, Jacoby will try to break through her shell and win her heart. There’s only one problem; Kylee isn’t that easy to win over. She’s witnessed what happens when you let love interfere with sex, and she’s vowed to never be in that position.

Will Jacoby be able to secure a place in her heart? Will Kylee allow herself to feel the things she’s fighting, or will she keep living behind a façade?

Other Works by Ashley Suzanne (all available on Amazon, BN, iTunes, Kobo and Smashwords)