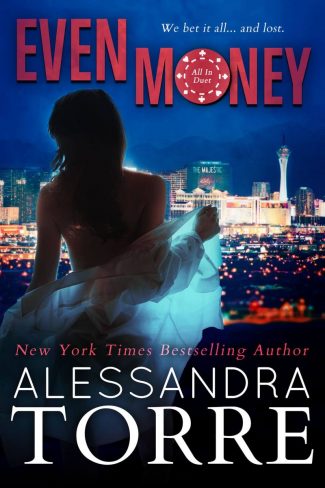 Sometimes it only takes a minute.
A connection of eyes across a room, a quickened heartbeat, and everything changes.

I was a cocktail waitress with a fondness for partying and meaningless sex.
He owned half of Vegas, with the reputation to match.

I should have turned away. Instead, I stepped closer.

Then, the lies started.
Rumors spread.
Stalking commenced.
And someone died.

None of it stopped me from falling in love. 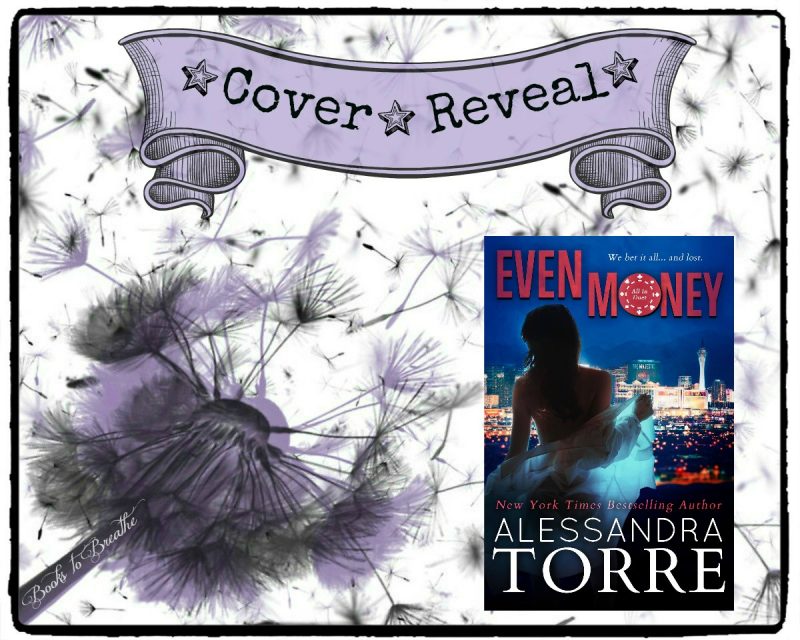 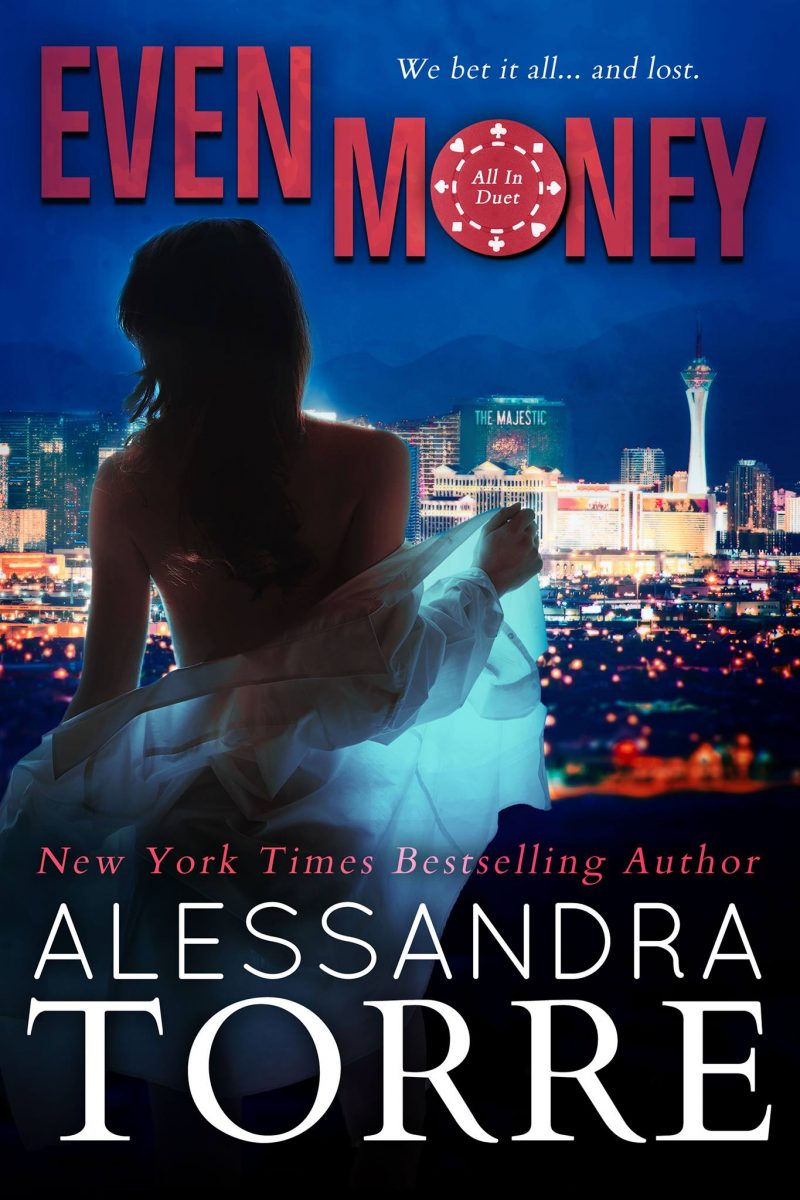 The front room was the most boring room in The House. It was decked out with industrial grey carpet, a metal detector, a bank of lock boxes, and the main attraction—Tim and Jim. Those weren’t their real names, but they refused to make small talk with anyone, so that’s what we had coined them. Where Lloyd was the friendly big guy with the fists of steel, they were the ex-Special Forces assholes who everyone hated. I stepped into the room, nodded to the closest one, then turned to Dario Capece with a smile.

I should have checked the monitors first. Peeked through the security peephole. Done something to give myself more warning.

I had been expecting a dozen things. A suit. A scowl. A bodyguard. An expensive watch. Closed lips and wandering eyes. A sexist remark or friendly hands.

I hadn’t been expecting something to yank in me when our eyes met. A pull of need before his mouth even opened. The wary look in his eyes that matched everything in my heart.

He was handsome, but it wasn’t even his looks. There was something between us immediately, and I stepped back in hopes that it would fade. It didn’t.

His mouth curled into a smile, but his eyes didn’t. They were old eyes. Ones that studied me as if I was a book they’d already read. A critical, fleeting look. Been there. Read that. He glanced to the side, at Tim. “Watch your fucking hands.”

Tim moved carefully, patting down his legs, then his arms. He nodded to the metal detector, and Mr. Capece walked forward, arms up, then collected his phone and wallet.

“Will your men be playing also?” I rested a hand on the doorknob, wondering if we should wait for them to be checked.

“No.” His first word to me, and it was muttered as he looked over his shoulder and to his security. “Wait in the car.”

There was a small and silent battle. One where they questioned his decision with a tilt of their heads. He turned away, back to me, and the battle ended.

I pressed on the door, and we entered the hall.

“We have blackjack and poker,” I explained, walking slightly ahead of him, the hallway too narrow to allow anything else. “There are only six slot machines, but they are all high limit.” He was tall, my shoulder the height of his chest, my chin lifting up to make sure he heard me. “The cage allows markers of up to a million dollars, but exceptions are common. On different nights, we do have speciality games, and craps on the weekend.” It is a long speech for a man who doesn’t play, and I pause at the entrance to the cave. “Should I have chips pulled for you?”

He let his eyes drift over the room, and I followed his lead, wondering what his impression was of the space. The ‘house’ was a converted garage, one with floor to ceiling curtains around its perimeter, crystal chandeliers hanging from its faux ceiling, marble floors and enough opulence to hold its own with an high-roller room in town, his included. Granted, we didn’t have the largest hotel in town behind it, or his fifty thousand square feet of tables, but we had more whales in this room than anywhere in town. I saw his gaze linger on a few faces. “There is a bar in the next room, if you are just here to socialize. It is an invitation-only space.” I didn’t state that he had an invitation. That, in any circle in Vegas, was a given. Dario Capece, the poor kid from Pennsylvania, had been given the keys to the city when he’d married June Plymouth, the heiress to the Majestic Casino. He’d turned those city keys into golden handcuffs when he’d turned the struggling Majestic into the hottest address on the Strip. Now, Vegas was his playground, his kingdom, his supermarket. In the ten years since he’d married into money, he’d bought three more casinos and his legend had only grew.

“I’d like to speak to your boss.” His words were quiet, but I knew they were being picked up by the hidden mikes, set into every seam of this building. He turned to me and I felt unstable, a scrap of paper loose in a hurricane. I wanted to swing into his arms and clutch him for balance. I wanted to turn away and run and never look back.

It was unnatural, my body’s reaction to him. Did everyone feel this way? Is this how he captured our city so easily, is this how he filled thousands of hotel rooms and seduced the best talent into his workforce?

I reached out, resting my hand on the railing and forced myself not to grip it for dear life. “I’m afraid that isn’t possible. My employer isn’t here tonight.”

I forced myself not to move, not to step back. Only, this close to him, I could smell his cologne. I could feel the edge of his pants as the brushed against my bare thighs. I lifted one shoulder in the most casual way I could and shrugged. “Sometimes people don’t.”

It was a risky move, and I thought of all of the stories I’d heard, men who had lost body parts, or disappeared, all for playing the wrong way, counting the wrong cards, or saying the wrong thing. I met his eyes, tightened my gut, and prepared for the worst.

Then, he laughed. Stepping away from me, turning to the main floor, his hands resting on the railing, the edge of a grin visible on that handsome face. He really was beautiful, in a fierce, wild way. Short dark hair, littered with silver. Big, strong features, a broken nose, but handsome lines. He looked like a pretty boy who grew into a man and beat the shit out the kid he’d once been. He looked like a night full of filthy, delicious sex, and a string of orgasms that would leave you panting and delirious. He looked untouchable.

He turned his head and the hint of a smile still touched his lips. “Ballsy. I like that.”

I said nothing, then turned, a soft touch at my elbow. Lance stood there, his hoodie and workout shorts replaced with a dress slacks and a button-up shirt. I raised my eyebrows, and he leaned forward, kissing me on the cheek. “I’ll take it from here, B.”

“Nice outfit,” I said quietly, before he pulled away from me. I gave him a small smile and stepped away from the railing. I nodded to the visitor. “I will let you two speak. Would you care for a drink?”

I tilted my head. “Certainly.” I turn from them, moving down the steps and to the main floor, bee-lining for the bar, and shaking my head when Britni shot me a quizzical look. I grabbed a tumbler and fixed Lance’s usual, then grabbed a glass and filled it with ice, opening one of the small bottles of Coke and pouring the contents atop the ice.

I glanced up, at the entrance balcony where I’d left the men. Lance had moved them further down, to an area where they could speak privately, yet still see the action. Lance got twitchy when he couldn’t see the floor. Dario Capece leaned his forearms on the railing, his head turned to Lance. They looked friendly, and I wondered what they were discussing. He turned his head straight and his gaze connected with me and held. His mouth moved, and I saw Lance’s gaze drop to me. I turned away, stacking the items on the tray, adding the dark purple House napkins. I stalled for a moment, taking a steadying breath before I hoisted the tray on my shoulder and headed for the stairs. 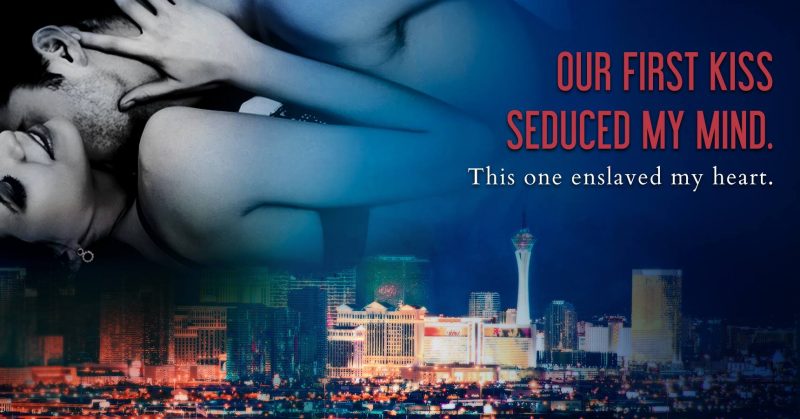