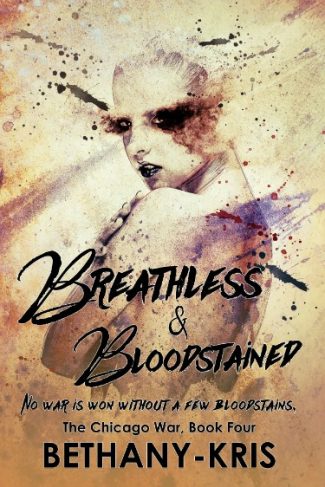 Please Note: Breathless is the fourth book in a series and should only be read after the first three books have also been read. It is NOT a standalone. 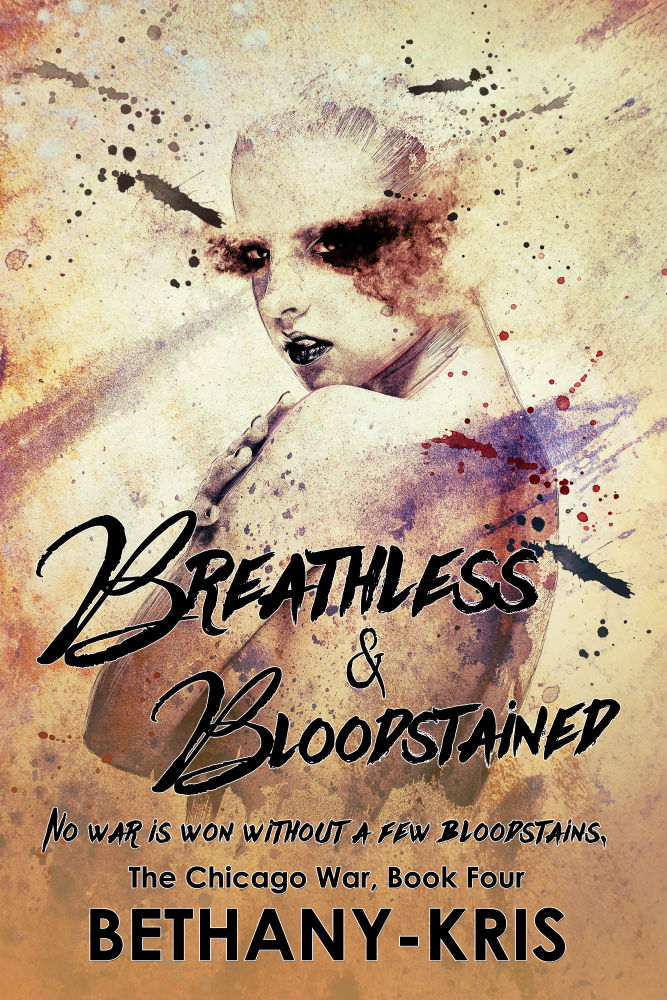 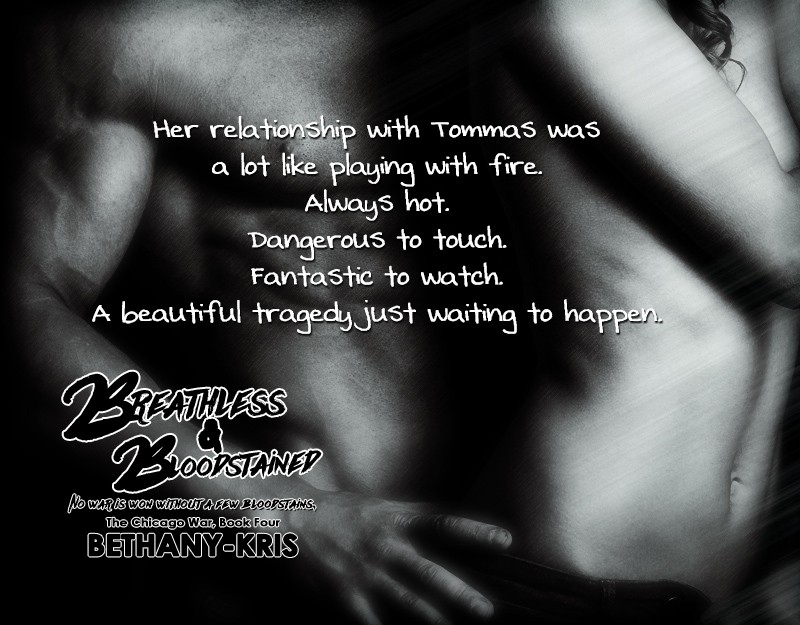 There were very few things in life that made a man worthy. Those things became lessened when a man was in the mafia. Instead of his value being counted in his actions and words, it was tallied by his deeds and possessions. It was determined by the number of men on his streets and the most red he could cover on a map to say he owned.

Tommas Rossi had always found it amusing how made men were called Men of Honor. There was nothing honorable about this life. The Outfit had forgotten honor a long time ago. Long before the war.

They breathed. They bled.

That’s all this life had ever been.

The one thing in his life that had kept Tommas honorable throughout the years was just a few steps ahead of him, but still out of reach.

Tommas tugged his jacket tighter around his neck, determined to keep the cold February air out. Even with it being the last days of the coldest month of the season, he knew the weather wouldn’t let up for another two. Probably. The bite of the wind was the only thing he seemed to feel lately. Maybe that was why he preferred to be outside rather than inside.

“No way,” a familiar voice said down the way.

Leaning around the lamp post, Tommas watched the two women walk arm in arm down the street. His eye caught the taller of the two and the dark waves of her hair that flew wildly in the wind. For a moment, he felt something else.

It was an agonizing crack.

But he loved her.

“Not at all?” Abriella asked.

“No, I want to make sure it’s all pale yellows and greens,” Alessa replied. “No pink. I hate pink. No dark blues, either. I don’t want to know the gender or make people think we do know what it is.”

Abriella’s laughter floated down to Tommas’ spot, traveling in the wind. It was a sweet sound, and one so familiar to him that it soothed the deep ache inside his chest. But not for long. It never lasted very long.

He hadn’t expected to see Abriella strolling out of the hospital with her sister in tow when he arrived to visit Theo. His plans to see the Capo had been forgotten while he followed the sisters down the street.

“I’m excited for you,” Abriella said.

Alessa tugged her sister closer. “Me, too.”

Tommas wondered if Abriella was smiling. The fact that he was the cause of her unhappiness lately, or the majority of it, sucked away what little soul he had left. People shouldn’t hurt those they loved.

God knew he had grown up in a home where that’s all he ever saw. His mother hating his father, and his father despising his mother. Violence. Drinking. Abuse.

Tommas wanted to be better than that, but then he’d went ahead and got himself mixed up with a girl eight years younger than his thirty years. Someone that the Outfit determined he couldn’t have because of her status and last name. And because he wasn’t good enough for her with his status or last name.

All those years ago?

Tommas wasn’t stupid, but it had been fun. Just simple, honest fun with a girl who tasted like trouble all over and gave him a whole new thrill that had nothing to do with the streets, being a Capo, or the mafia. Somewhere along the lines, fun with Abriella turned into a private apartment with her clothes in his closest, scarfs hanging off the bedpost, and her lotions in the bathroom.

It changed to comfort.

She seeped into his blood. 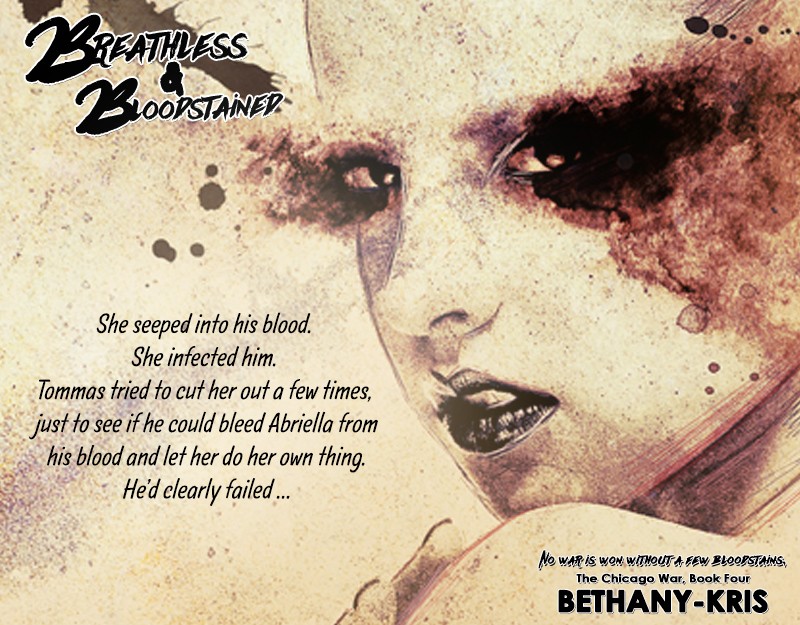 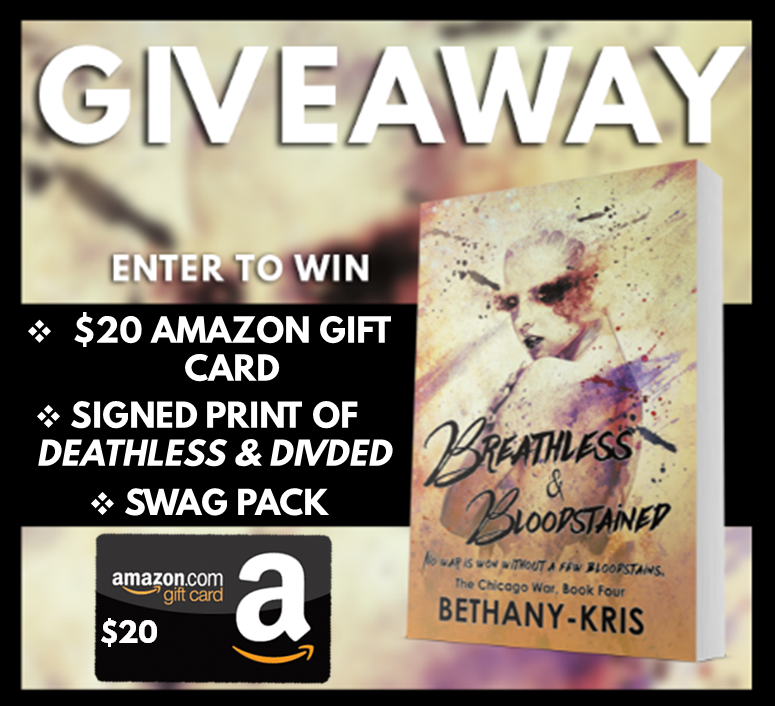 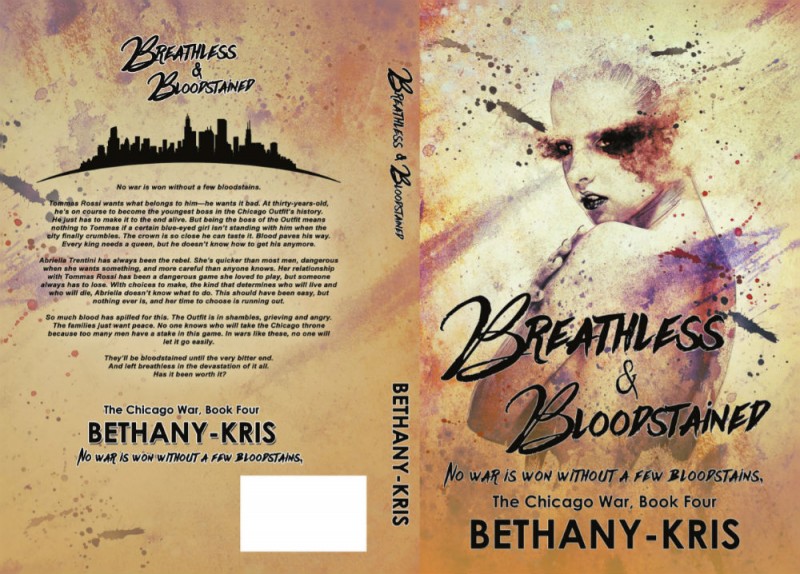 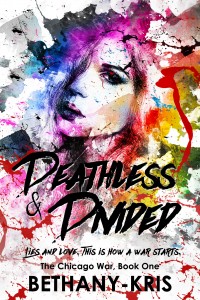 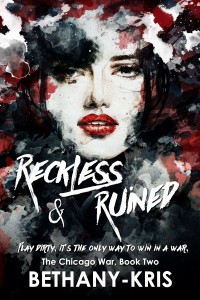 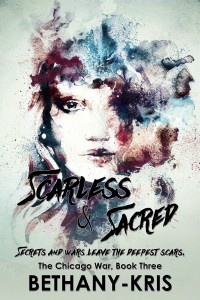 Please note: Scarless & Sacred is not intended to be read as a standalone in this series. It is the third book in the series and should be read after the first two books. Trigger Warning: Scarless features graphic violence and scenes of past abuse.