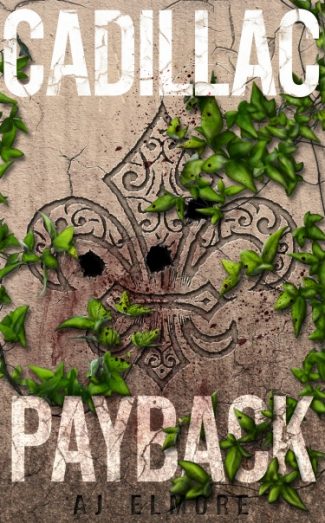 An old Cadillac and a gun are all she has left of her brother. Three men stand ready to follow her into the darkest pits of hell to avenge him. The Cadillac leads them down a swamp road lined with ghosts, consequence and the tangled web of business and pleasure, into the underbelly of New Orleans crime as she fights for vengeance for her brother.

Joshua was just a rookie, a kid caught up in a drug ring. It’s fun and dangerous, all easy, until it kills his best friend and drags what’s left of his companions into a war. All he knows is he would walk into hell with her, and she might ask before it’s over…

Isaiah thought he’d seen everything—but watching Charlie die tore the world apart. The regime is changing, and with the new leader come more questions than answers. He was Charlie’s right hand, but what will he be to her?

Frederick came up on the streets, learned fast and hard and dirty. His past has always been a sticking point for the group, but one person has never questioned him, and he’ll do anything for her…

Maria never wanted to take over Charlie’s operation. But with her brother dead, and vengeance the only thing she has left, she makes her first decision: drag Charlie’s killers down.

Today is the cover reveal for Cadillac Payback by Aj Elmore. I absolutely adore this sexy tale of revenge and romance, and I’m thrilled to be sharing the cover with you. Check it out! 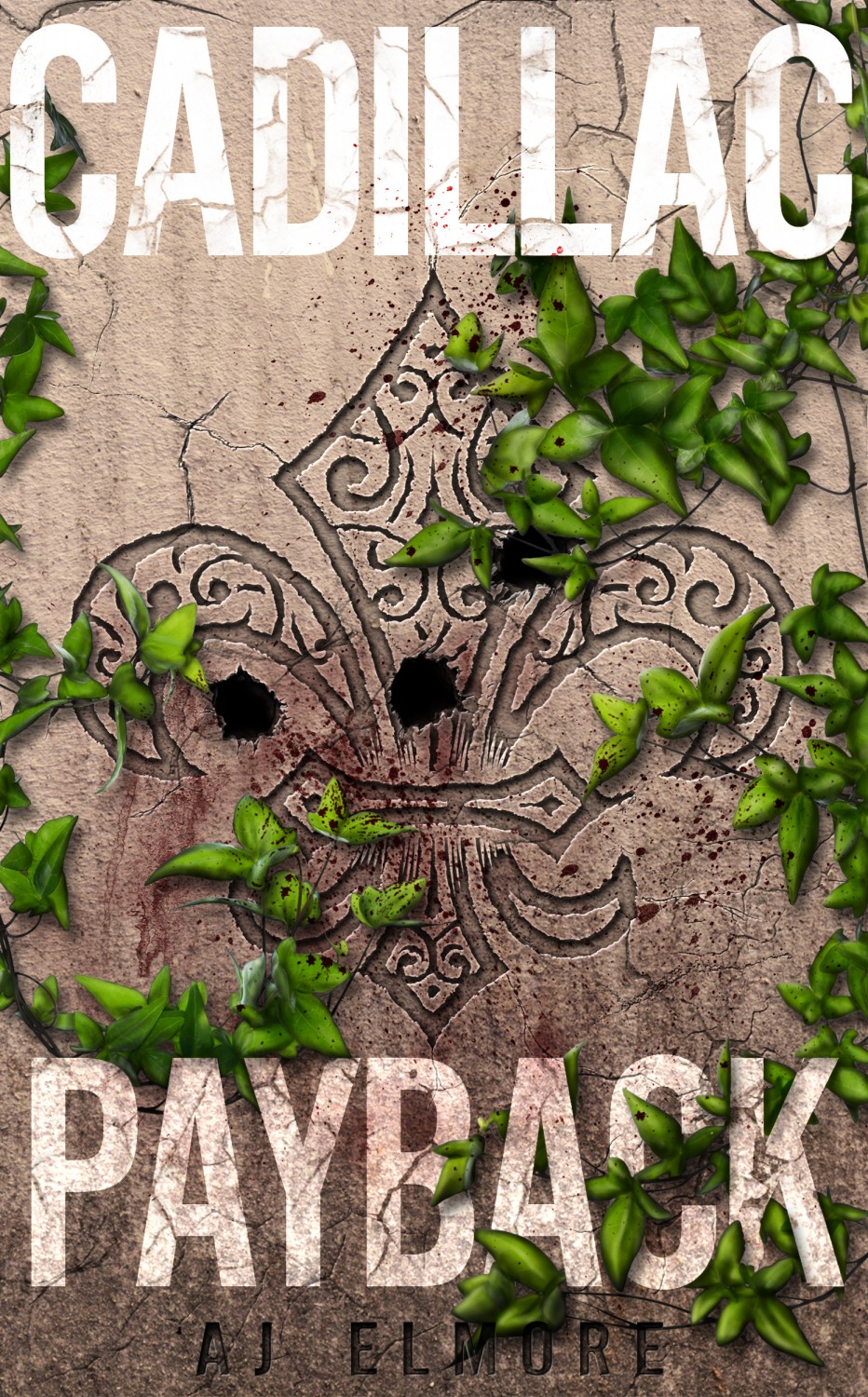 I listen to the thumping of the unmanaged highway and feel sweat slide down the small of my back. The polished leather seat is starting to get uncomfortable. Surely this surface has never itched so much against my skin, or made me feel like I was melting against its heat.

There’s no sense to be talked to this girl. I can offer no condolences when the event that brought us here is bleeding my insides, too. Her brother was my best friend, my mentor. There’s only one thing I can think to say to her, only one truth I never have spoken.

Her foot moves like light as she slams it onto the break, throwing me against the giant dashboard before I can realize what she’s doing. She whips the boat onto the side of the road like she’s driving a Roadster and skids it to a complete stop, sending dust flying, and soliciting angry honks from trailing traffic. I have fleeting doubts that she even hears them.

“You what?” she asks hoarsely.

I take a deep breath and peel myself off the dash.

I’m staring at the bugs crowding in on the headlights, like I would if I were studying the mysterious screen of a confessional. I don’t want to see her face, with eyes that have glazed over like glass. The silence again blossoms, then spreads between us. The noise of the road seems so suddenly distant.

Moments pass. They fall like years. Only sudden, tiny sniffing sounds can pull my eyes toward her, the only sound that can unfailingly break my resolve. She’s sitting so very still with her hands abandoned on the wheel, hands that are so capable, yet useless now. She’s still staring forward, her eyes wide and momentarily empty. The glass has shattered. Tears have returned to her perfect cheeks. I am so useless in this situation that it hurts deep in my gut.

“No. Joshua. You don’t,” she says to me. Her voice is low, wavering. Her arms might be shaking a little. The steering wheel holds her steady.

I’ve never seen her this distraught. I sit back against the sticky car seat, and look toward the green at the edge of the headlights’ reach, as if the night’s obscurity can save me. I belatedly pull on my seatbelt, and I tell her, “I do. I just wanted you to know. In case we die.”

She punches the gas as fast as she cut it off moments ago. I feel my muscles spread a little over the seat’s surface. My brain experiences the back of my skull. My stomach lurches as she swings the Caddy onto the black top, flinging roadside pebbles like water. We are out of sight before the dust can settle.

She says nothing else. 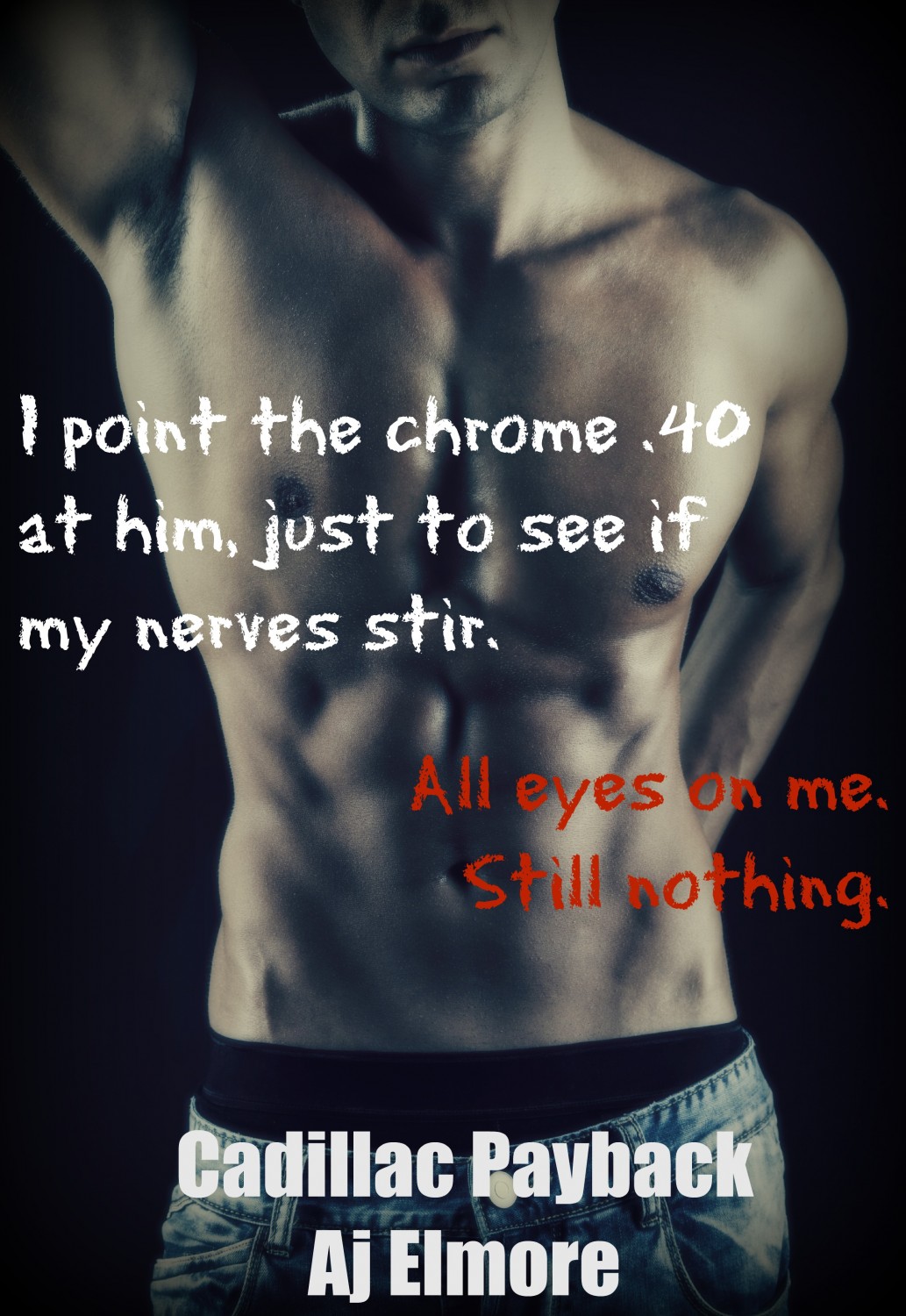 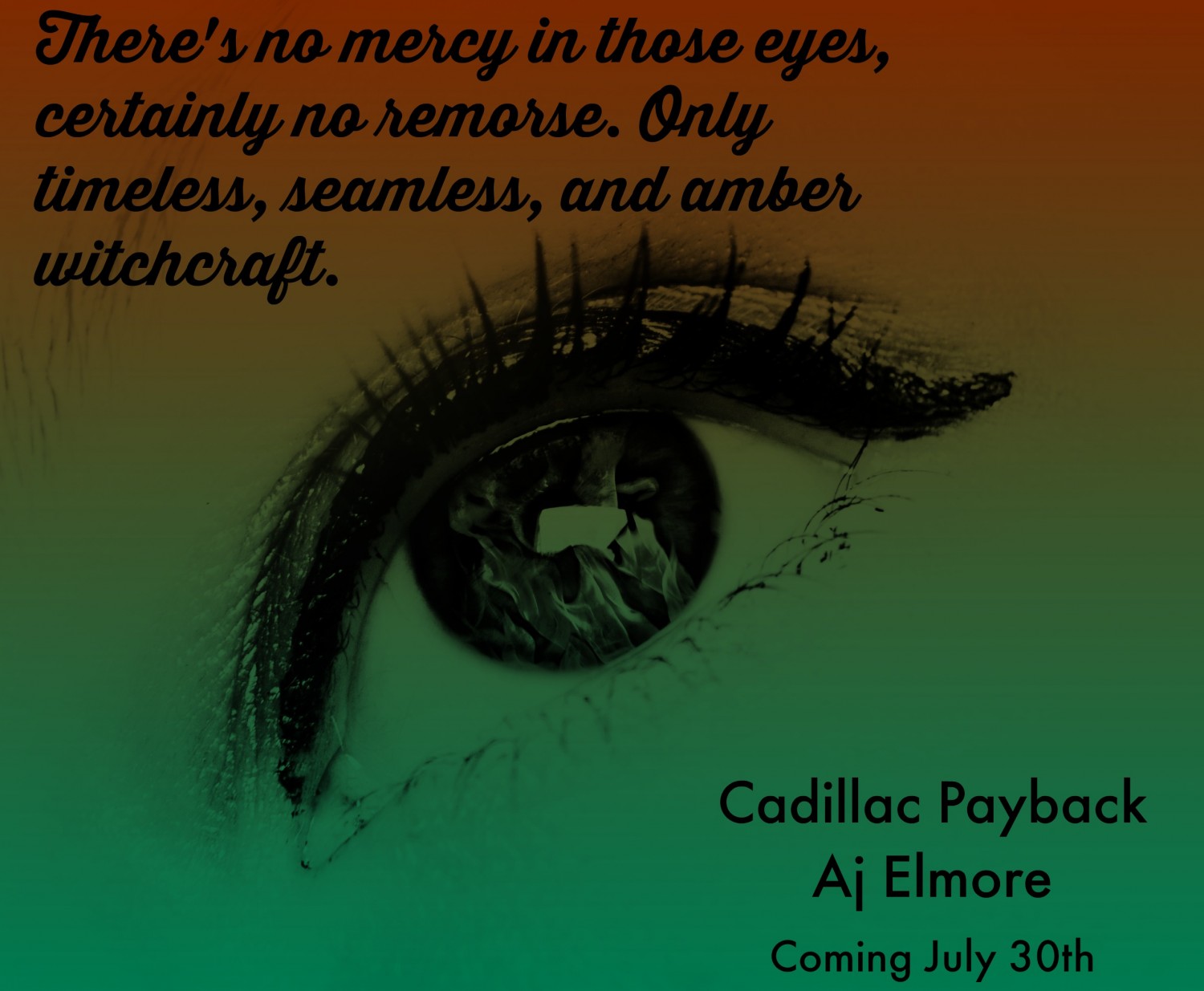 Aj is a beach migrant, and part-time muse. She enjoys the exploration of genres vast, and the search for untold worlds. A writer-for-fun since childhood, she has also been known to be a super hero, a gun slinger, and occasionally, a waitress. She lives on an island, has a bachelor’s degree in journalism and some tattoos. She is most easily found at the water’s edge.