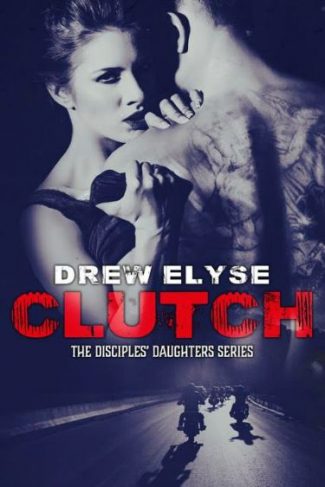 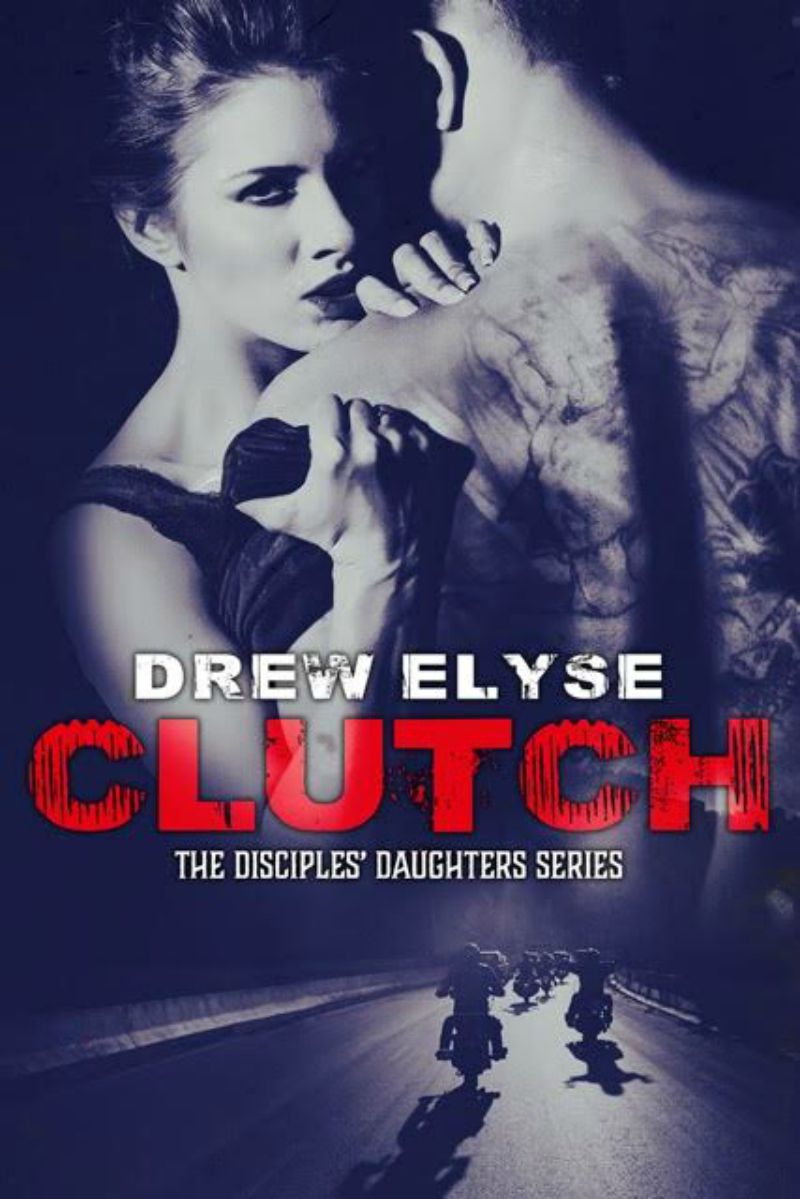 I turned to head outside and nearly jumped out of my skin. Gauge was standing a few feet away, his gaze more intense than I had seen it all day.

“Is that how you make yourself into the woman he wants you to be?” he asked, ignoring my question. He took a few steps closer to me, and I felt my pulse quicken.

“What are you talking about?” My voice sounded breathy even to my own ears.

He did not answer me right away. Instead, he continued to move towards me until he was right in front of me. He stepped in close, and I scrambled backward until I was against the wall. The moment I realized how I had trapped myself, I noticed the corner of Gauge’s lips rise. He took advantage of my mistake, coming so close that he was pressed against me. I had no where to go, no way to escape what he was doing to me.

One of his hands settled on my waist. The warmth of it seeped through top of my skirt and my satin top. The way his large hand engulfed me, made me feel more delicate than I could ever remember feeling before. The power he exuded, it was enough to consume us both until the entire clubhouse melted away. The heat that suffused my body felt dangerous, out of control. He had hardly touches me and yet he was redefining attraction.

“I’m talking about that shit you just got.” His words cleared just enough of the fog from my mind so that I could answer.

“I have no idea what ‘shit’ you are talking about.”

“Really, darlin’?” He smirked at me, but there was something derisive about it. Suddenly, his free hand was at my chest, reaching beneath my shirt and into my bra. I felt his work-roughened hands against the skin of my breasts. There was nothing sexual about his touch. It was quick and determined. Still, I was caught between fighting him and pleading for more.

Then, his hand was gone. He brought it up next to his face, the baggie of cocaine pinched between his index and middle fingers. “I know blow when I see it.”

“You would,” I accused, trying to reach up and snatch it back.

“You and I both know the club doesn’t deal in that shit anymore,” he growled. He was right, it was unfair to say that. The club had fought hard to get clean of that sort of work.

“I know. I’m sorry,” I muttered. My arms collapsed to my sides. There was no point in trying to fight Gauge. If he wanted to hold onto the baggie, he was going to. There was nothing I could do to stop him.

“I ask again: you use that to put up with all this stuck-up shit?”

I bristled at that. “It is none of your business.”

“That won’t give you what you need,” he said.

“And what is that you think I need?”

“Something big and powerful between those sweet thighs.”

I didn’t know if he was talking about him or his bike.

I was ready to beg for either.

At the same time.

I think my brain might have short-circuited because the next thing I knew, Gauge was nuzzling at my neck before moving up to my ear to whisper, “I’d gladly take care of you, darlin’.”

A part of me – a desperate, crazed part of me – wanted to say ‘yes’ to his indecent proposal. I had never known desire to be so all consuming. It took everything I had to keep myself from making a colossal mistake. “Gauge, I can’t.”

“Leave him. He’s no fucking good for you.”

Was he being serious? “Leave him? And then what? Ride off on the back of your bike? Be your piece for a while until you get tired of me? What do I do when you get your fill? I will not be one of the club whores!”

“Jesus, fuck!” Gauge snapped, pulling back so that his hot glare was on me. “You think I don’t know that? You think Tank would ever allow that shit to happen to you? You’re not fucking free pussy like that.”

“So, you want to give me your patch? That seems pretty extreme seeing as we just met. You don’t even know me, Gauge. I am not just going to uproot my life to be your fuck buddy and see if maybe we actually like each other.”

“What life do you even have to uproot here? The one where you walk around every day like that asshole’s puppet? A life where you keep using this shit,” he brandished the cocaine in front of me again, “until you end up so messed up on it that it kills you?”

I started pushing against him, trying to get away. I did not want to hear the things he was saying. “Let me go,” I snarled at him.

“You’re right, babe. I’m not ready to make you my old lady. I’m perfectly happy with club pussy giving me what I need when I need it, but at least I’m man enough to admit when there might be something better. I’m willing to fuckin’ try, you’re just too scared to take a chance.”

Something inside of me felt like it was crumbling apart at his words, but I would not let him see that. Instead, I lashed out again. “You know nothing about me.”

He shook his head in a resigned way that was so at odds with his domineering presence. “You might just be right there. I really didn’t think the woman I met earlier was a fucking coward.” 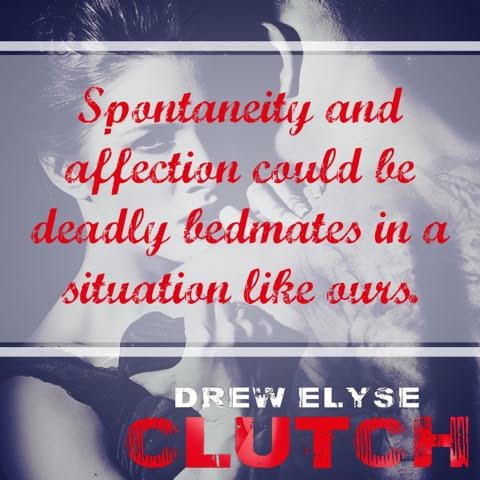 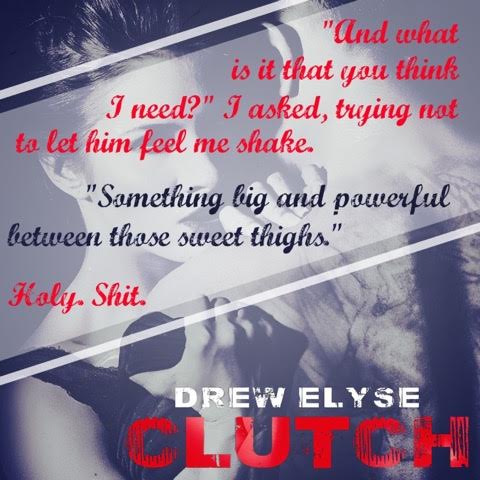 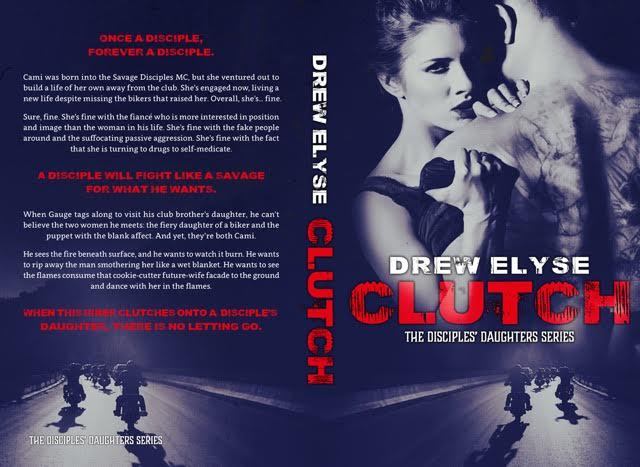 Book Blitz + Giveaway: This Is the Route of Twisted Pain (Neither This, Nor That #1) by MariaLisa deMora
Cover Reveal & Giveaway: Push the Envelope by Rochelle Paige