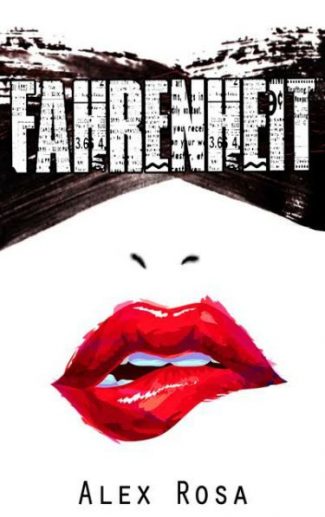 Lauren Michaels is exhausted with the push and pull of copy editing for Los Angeles’s woman’s magazine, Frenzy, which caters to pop culture, style, and above all, sex.

She wants to write for the magazine rather than edit, but her boss is convinced that Lauren’s conservative tendencies won’t fit in with the risqué nature of what Frenzy is about.

Convinced to make her mark, Lauren begs for the chance to prove her self.

Her boss agrees, tasking her with the impossible, in hopes of failure, because although she doesn’t want her to become a journalist, she doesn’t want to lose her as Editor-in-Chief, either.

Her daunting mission? To investigate the growing popularity of sex clubs in Los Angeles, and figure out how the sensual underworld functions.

Out of her element, Lauren starts her search with pen and paper in hand at a local sex shop, hoping she’ll find a trail that leads to the dark lairs of sex and fetishes.

Trying to hide her inexperience, and pretending she’s a professional sex kitten, this trail instead leads her to one brooding, Nathan Sanders.

He’s daunting, charming, and a little too dark and mysterious for her taste, but Lauren knows he’s what she needs as her way in.

What she doesn’t see coming is that Nathan is all too willing to invite her to a nightclub she’s only ever heard stories about, and also the fact that Nathan know’s Lauren doesn’t have a clue what she’s getting herself into.

However, he can’t turn down the idea of helping her out with her research once she confesses the whole story.

This could be fun, they said. There’s no harm in it, they agreed.

Little do they know, a little research can serve up some unexpected results. 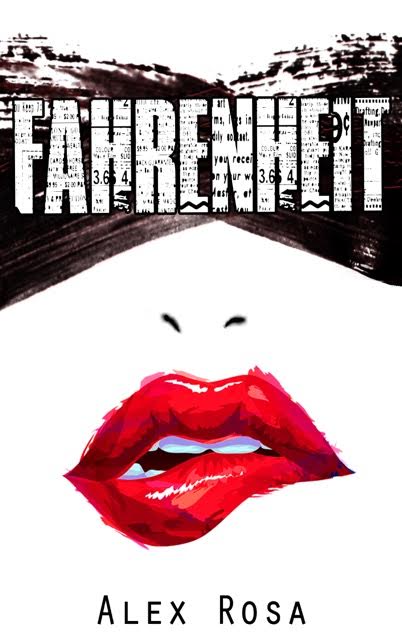 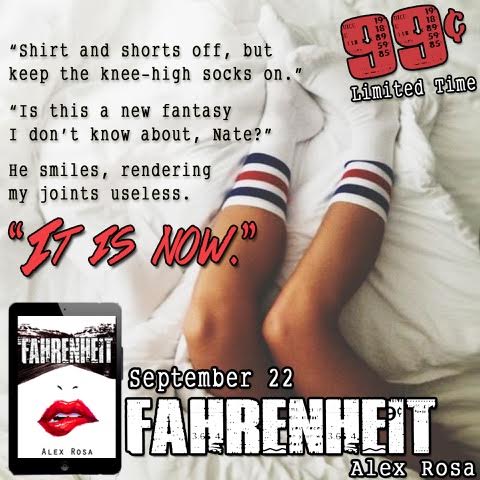 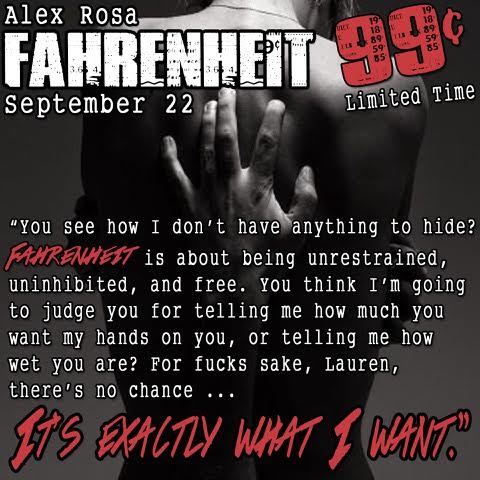 I nudge my chin toward him to imply the same. He grins, and his eyes are all over my body at once, dragging quickly over my face, down my chest, my hips, legs, and to my toes before making the same journey back up. I feel like his private exhibit.

I twirl his card between the fingertips of both of my index fingers, giving him my own head-to-toe glance.

“Do you do this often? Stroll into this place and ask for sex?”

Saying the word sex out loud feels terrifying, but also empowering, because that’s what this shop is about, and that’s exactly what it means when a place like Fahrenheit is brought up. I may not know what the hell I’m doing, but I refuse to let these lines get blurred in the process. Let’s not confuse the context. I’m (apparently) agreeing to have sex with Nathan Sanders, and I just met him.

He’s so much taller than me, so when he leans toward me, he’s looming over my frame, but his presence seems to encase me, pulling me in with one swift move.

I try to remember that this is about research, and gaining an understanding of what the world of sex clubs and fetishes are about, but when I stare at someone like Nathan Sanders, I start to forget my reasons for standing here. Having his full attention feels almost like a gift. I like the way he looks at me, even if I don’t know him, and while I want to know more about Fahrenheit, a part of me wonders what dark secrets this guy has, too. Regardless, one thing proves very true right now, that whoever he is, Nathan Sanders wants to fuck me, and I can’t imagine a better person who I’d let be my guide, whether he knows it or not.

It’s in the name of science, I tell myself.

My natural inclination to be responsible and compassionate feels bad for being deceptive, but I remember that when a place like Fahrenheit is involved, normally the person doesn’t care about the why you want to fuck them, they just care about the fact you want to. No need to trouble oneself with the details. I mean, he pretty much invited me for sex before knowing my name.

“Call me when you’re sure,” he blurts out, catching me completely off guard, and pulling me out of my analyzation.

“When I’m sure?” I repeat back. I thought we just decided that I was.

“I want you to think on it. Curiosity killed the cat, ya know? Just think about it tonight, call me tomorrow when you’re sure, and we’ll go from there. If you know what Fahrenheit is then you’ll know that it’s not a decision to take lightly.”

My brows pull together.

“I look forward to the call, Lauren.”

“Sure thing, Nate,” I blatantly chide, enunciating the “t” sharply, finding it funny that although he gave me the option to reconsider, he already seems pretty sure about the outcome.

His beautiful mouth does that twitchy thing again with his eyebrow.

“Pleasure meeting you,” he says, his voice sounding deeper and more mysterious now.

“Pleasure was all mine,” I reply, watching him stroll out of the shop, seemingly empty handled, but I assure you, I’m pretty sure he somehow gained ownership of my curiosity, while I seem to be holding the key to his adventure. 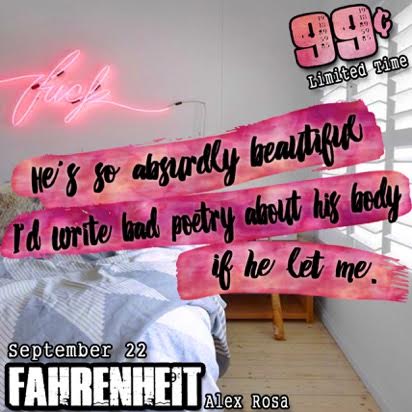 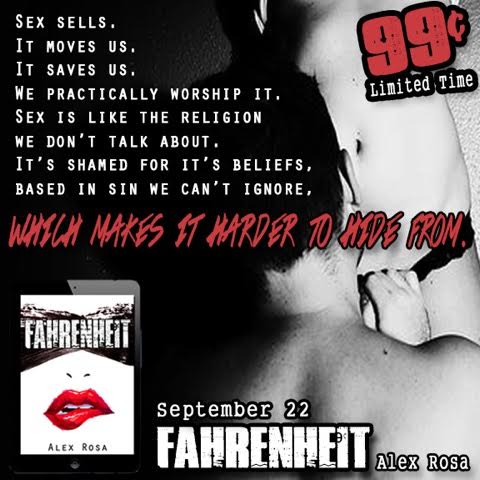 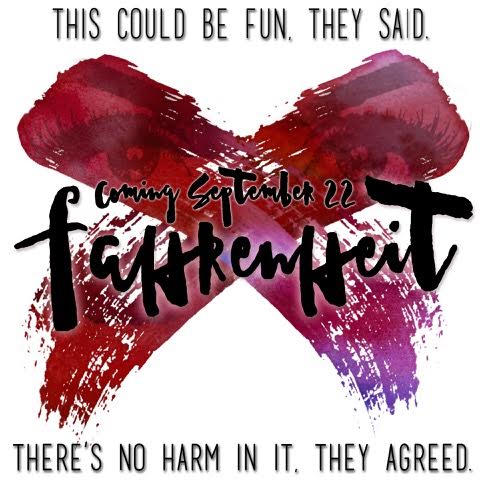 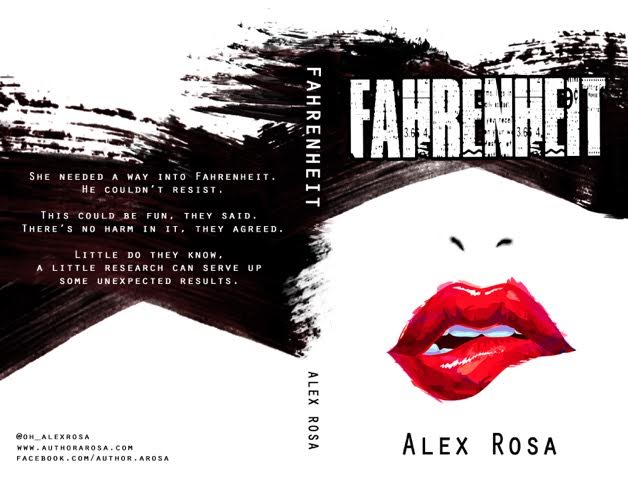