Posted May 22, 2014 by bookstobreathe in Cover Reveal, Giveaway / 0 Comments

We crashed and burned like a falling plane. Hard and fast with an inevitable explosion. Another few weeks together changed my life the way the first did. At twenty-four, I became naïve again. I became a dreamer again. A believer. And walking away hurts just as much as it did seven years ago.

But over doesn’t have to mean over-at least in Aaron Stone’s mind. His pursuit is relentless, his determination unwavering. He’ll go to any lengths to keep me and prove that I belong to him. Unfortunately, love isn’t easy, and whether or not I forgive him is irrelevant to his past catching up with us. Once again, our relationship is haunted by a secret, one that could destroy everything, and the secret is born from the need to protect the other…

But the tables have turned, because the secret is mine.

By day, New York Times and USA Today bestselling New Adult author Emma Hart dons a cape and calls herself Super Mum to two beautiful little monsters. By night, she drops the cape, pours a glass of whatever she fancies – usually wine – and writes books.

Emma is working on Top Secret projects she will share with her followers and fans at every available opportunity. Naturally, all Top Secret projects involve a dashingly hot guy who likes to forget to wear a shirt, a sprinkling (or several) of hold-onto-your-panties hot scenes, and a whole lotta love.

She likes to be busy – unless busy involves doing the dishes, but that seems to be when all the ideas come to life.

I throw a few bills at the cab driver and slam the door behind me as I get out, my eyes tracing the silhouette of Aaron Stone sitting on my bench.

“If this happens again, Mr. Stone, I may have to look into taking legal action. Two nights in a row? I hardly imagine you sitting outside my house is a coincidence.”

He looks up, his eyes piercing in the evening darkness. “Back to work, Miss Black?”

“I have a job. As much as I’d love to sit around and feel sorry for myself, I’m afraid I have far more important things to do.” I stroll past him and put my key in the door.

He closes his hand around mine. “Things, or people?”

“I fail to see what business it is of yours.”

“It’s very much my business, as you’re well aware.”

“Perhaps in your opinion. But if it will make you feel better, it’s things, not people.” I turn around. “I’m not back to work fully. Yet.”

“I have to earn money somehow, and my big spenders aren’t pretty little rich boys who need a date for the night. So yes, yet.”

“Never,” he growls, leaning into me. “You aren’t fucking another guy, Dayton.”

“That’s not your decision, Aaron. You had your chance to decide that, and you blew it. Now if you’d like to remove yourself from my property, I’d appreciate it.”

His lips touch mine in a scorching, forceful kiss that knocks me backward. I gasp at the sudden touch, and he slides his tongue between my lips. His hands cup my face, holding me against him, and my back is flush against the door. He tastes of the woody whiskey he adores, and he tastes of power and determination and finality.

“Tell me one thing,” he says, his lips brushing across mine with his words. “Has anyone else kissed these lips?” His thumb comes between us and flicks my bottom lip.

Who the fuck does he think he is, answering that question? I’m ready to push him away, to shove him on his ass, but instead what happens is a whisper of, “Fuck you.”

My chest heaves at the thickness of his voice. I can hear the emotion beneath the demand. “No. They haven’t,” I answer.

His lips crash against mine once more, rougher, harsher. I can feel nothing but his palms rough against my cheeks and his lips soft against my own. His tongue sweeping through my mouth and owning it completely. The ball of need building in my lower stomach and sending aches down through my pussy.

He kisses me deeply, completely dominating my mouth, possessing me until I’m consumed by him and for a long moment, I forget why this shouldn’t be happening.

Until he pulls back, his nose resting alongside mine, and I remember again.

I take a deep breath, meeting his eyes as the reality of what just happens settles into a heavy ball in my chest. “You have five seconds to get your ass out of here before I go crazy at you.”

He smirks, igniting a new kind of fury inside me. “Remember that next time you think what you do is none of my business.” 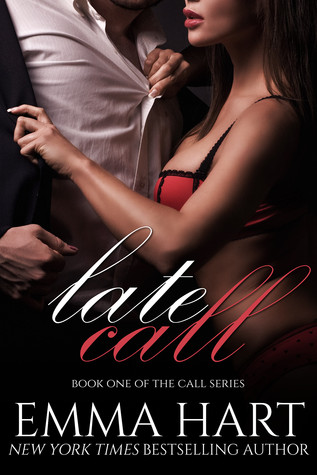 Seven years ago, they fell in love in Paris.

They walked away at the end of the summer, never imagining they’d meet again.

Now he’s her client. We fell in love the way you jump from a cliff. Hard and fast with a reckless sense of abandon. The six weeks we spent together changed my life, but at seventeen, I was naive. I was a dreamer. A believer.Now I’m twenty-four and cynical. I don’t believe in love. There’s no place for such emotions as a high class escort. The only things I’m allowed to feel are physical – and that’s why it’s so damn hard when the client of a last minute job turns out to be the man I left in France seven years ago. When he buys me for six weeks at triple my rate, my agent makes it clear I have no choice but to take the job despite our previous relationship. And my heart makes it very clear I have to stay firmly on top of the cliff this time.Because for six weeks, I once again belong to Aaron Stone.