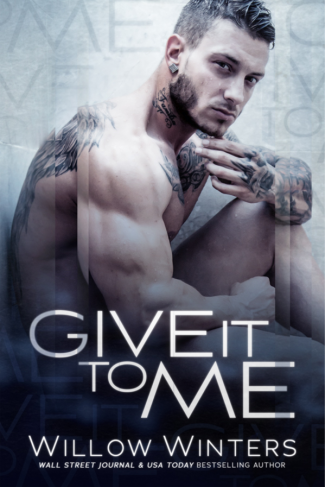 No one knows what I think late at night, all alone in my bedroom.
How could they when I’ve never spoken the words?
He seemed to sense it though. His eyes pierced through me, stripping me and baring my darkest secrets.
Maybe it’s because I fantasized about him. It was his lips on mine, his hands that pinned me down. His rough stubble that scratched along my neck as he told me what to do.
It was natural that my thoughts would be consumed with him. After all, I’d fallen in love with him years ago, but it could never be for so many reasons.
I should have kept my mouth shut.
The second the words were spoken, there was no stopping them.
“Tell me you want it,” his rough voice cut through the night and I couldn’t resist. It was a command I’d fallen prey to, and that’s where my story really begins.
I told him everything.
And he told me he’d give it to me.
Even if it killed me.

Title: Give It To Me 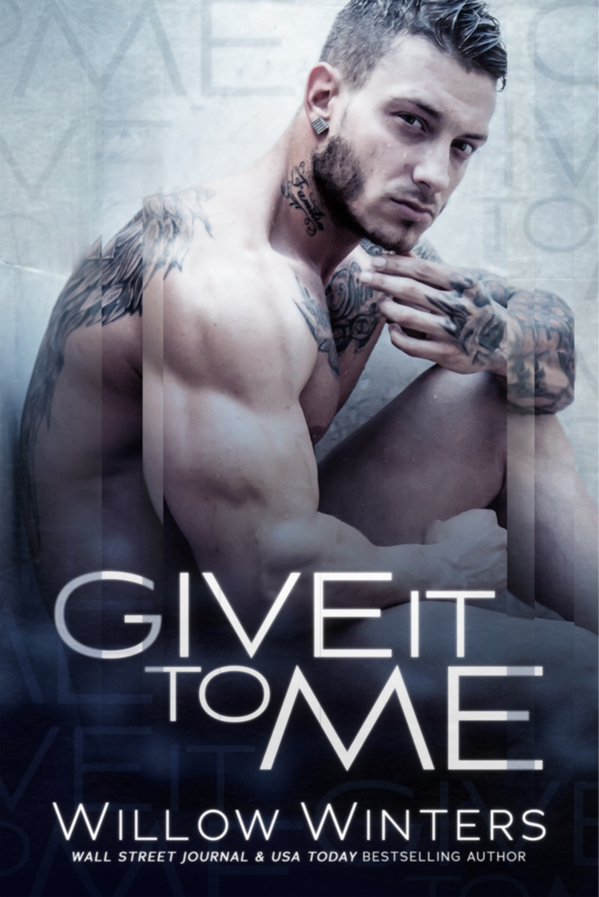 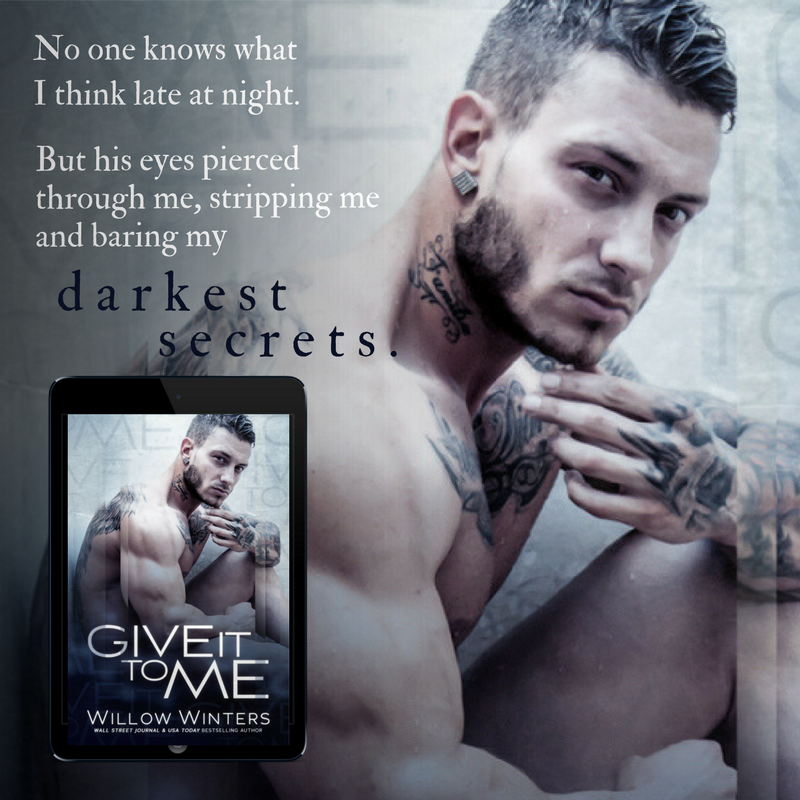 One response to “Cover Reveal & Giveaway: Give It To Me by Willow Winters”