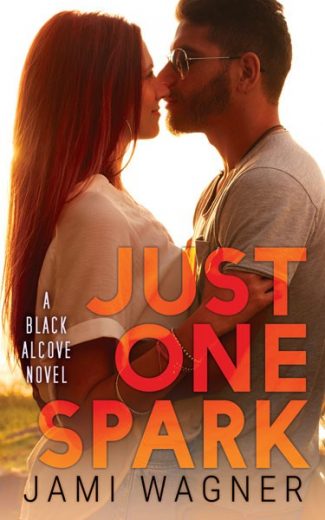 All Beth Moyer wanted was a one-night stand, an evening to relax and cut loose before she went to work at her new grown-up job. Instead, all she got was a few minutes that left her mortified and another reason why you can never trust a man.

Maverick Mitchell is ready to prove he’s learned from his mistakes and move forward. But before it’s time to buckle down, one last fling won’t hurt. Or so he thought. On the first day of his new start, the feisty redhead he met over the weekend is the first person he sees.

An office romance isn’t the smartest idea. Sneaking around is an even worse one, but neither can deny the fire that has sparked between them. Considering Beth and Maverick are competing for the same position and only one will be offered the job, they can only hope that every choice they’ve made doesn’t end up in flames. 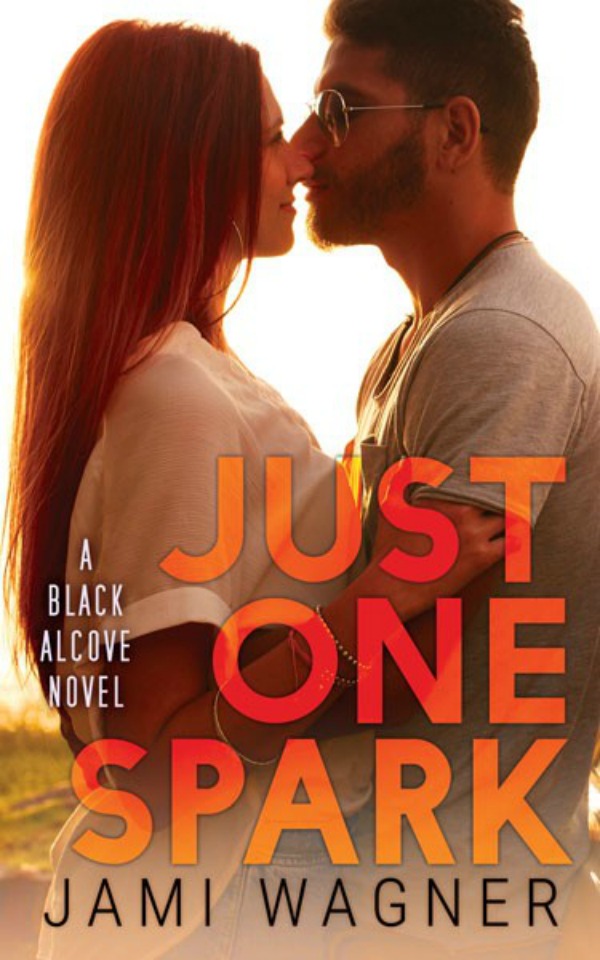 “I mean, you really don’t need any more distractions than you have already,” he says. Then he moves his gaze to Beth. “Be sure to ask Mav why he’s here. We never really got to cover it last night, what with you two practically having sex in public and all.”

“I’ll keep that in mind,” she replies, her gaze meeting mine just briefly. “After we start with our introduction, I think should keep the feel more positive and focus on what TACM can be doing instead of what they haven’t done.”

“I agree,” I say and smile at Austin. “Is there anything else?”

His eyes narrow once more before he turns for my door. He leaves the door both unlocked and open when he leaves.

I chuckle a bit before returning to the discussion of our presentation.

I love how she still calls me by my full name. Only she could make it sound so seductive.

Her brow peaks and I nod.

“That can’t happen again,” she tells me, but even as she says it, I don’t think even she believes her own words.

Almost immediately, it’s like every person on the floor has to walk by my office, their eyes meeting mine. The last man, whose name I don’t know, nearly breaks his neck while peering past my door.

It’s like they are all waiting for me to fail. To be the guy they probably heard I was.

Aside from the fact I just broke my father’s number one rule and that, if reported, would reflect on the final decision to promote me, Beth’s chances of making it here after ninety days will be stronger if people don’t know there’s anything between us.

Which should be easy, because there isn’t.

“Again, you’re absolutely right.” I keep my eyes focused on the computer in front of me as I swivel it back around. “I’ll review this and send you an email. I’m sure most of what we want to accomplish today can be done with you in your office and me in mine.”

“Maverick, I didn’t mean it like that. I just meant—”

“Either way, I’m not offended, but I do think it’s for the best.”

“Sure, Mav. Of course,” she replies, her tone dry and that pink color taking over her cheeks.

“Would you mind closing my door?” I ask just as she is stepping into her own space.

Ah, she must not have heard me.

When she’s gone, I lean back in my chair and let out a sigh. If anyone knew what I was thinking right now, they would recognize every ounce of frustration this sigh represents. I finally meet a woman I can’t stop thinking about and she’s off limits.

I’m resisting every urge I have right now to start making my own rules.

Somehow, no matter what I decide to do, I have the feeling I’m still making all the wrong choices. 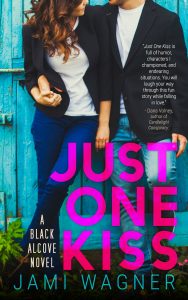 A first kiss is hard to forget—and Kelsey Brian’s just walked into the bar where she works and isn’t planning to leave anytime soon. It figures. With her last semester of college finally here, Kelsey can’t wait to finish the year smoothly and start a new chapter. She doesn’t need to drive over yet another bump in the road.

Ethan Connelly has spent most of his adult life trying to be accepted by his father, and now he has the chance to make him proud. He’s also just stepped into another chance with the girl who got away. Deciding who matters most to him isn’t an easy choice. If he picks his father, he’ll lose her again—if he picks her, everything he’s worked for will be for nothing.

Can Kelsey learn to trust him, or will Ethan’s secret of why he’s really back in town tear them apart? 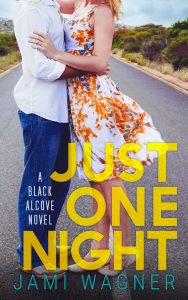 Sara and Logan have always known their relationship was different because they were never very good at the “just friends” thing. They’re finally ready to embrace a deeper side—but are they ready for big-time problems?

Sara Connelly has a drive for success. She hasn’t made time for men because the way she sees it, a career she can control but a relationship she can’t. Just one night was all it took to send her running on a trip to collect her thoughts and re-group back to her career-focused life. But when she comes home, she quickly learns there might be more important things in life than owning her own business, and that’s Logan Parker.

Logan Parker coasts through life day by day, and as long as Sara is a part of that life, he’s happy. One night has left Logan with the impression that more than friends is an option. But when Sara leaves without an explanation, he vows to show her how important she is to him. When an opportunity gives him the chance to be someone he thinks Sara would be proud of, he doesn’t pass on the offer. Her moving across state lines, however, wasn’t in his plans. 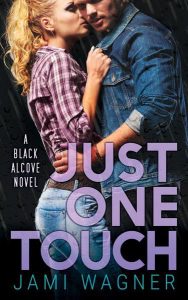 Conner Brian was kept in the dark about being a father, so he isn’t a fan of people who aren’t truthful. Now, with a four-year-old son, he’s adjusting to life as a dad. He’s getting along with his son’s mother, working at the Black Alcove bar, and he’s ready for classes in the fall. Life is good.

Alexis Parker has finally taken a leap of faith to meet her brother. Only he doesn’t know it. Terrified of rejection but determined to reunite with the only family she has left, she keeps the reason behind her move to Wind Valley to herself. She isn’t going to allow her past to steal her happiness any longer.

When Alexis moves into the apartment across from Conner, they both soon realize how pieces of their own lives affect the other. But even though their connection feels real, some things are better left unshared.

A fun New Adult romance, Just One Touch fills your heart with love and tests the power of trust. 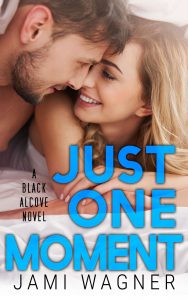 Skylar Atwood wants to find herself. After years of everyone making choices for her, she’s finally on her own, determined to make any and every decision she can. But being homeless and then accused of breaking and entering isn’t how her new life was supposed to go.

It’s been a year, and Luke Warren isn’t handling his father’s death very well. As the only man of the house now, Luke takes on the role as a provider for his mother and sisters. Working extra hours to help his mom pay the bills and sacrificing all his free time is beginning to take its toll on him. Until he knows they’ll be okay, he won’t quit. Not even vandalism to his family’s bookstore will stop him.

Despite the fact Luke blames Skylar for everything going wrong in his life and Skylar thinks Luke’s the most uptight jerk she’s ever met, the two can’t stop the attraction that continues to draw them together. Giving in to their feelings is the easy part, but one moment can ruin everything. Luke can’t change his past, but his future won’t be the same if Skylar isn’t in it.

Truths are tested and choices are challenged. Just One Moment will capture your heart.

JAMI WAGNER was born in Wyoming. Still living in the Cowboy State, Jami and her husband are currently writing their own love story with their yellow Lab.

Jami enjoys writing New Adult and published her debut novella, Date in the Dark, in 2015. Her first full-length novel, Just One Kiss, was published in October 2015 and is the first book in her Black Alcove series. The next three in the series, Just One Night, Just One Touch, and Just One Moment are available now.